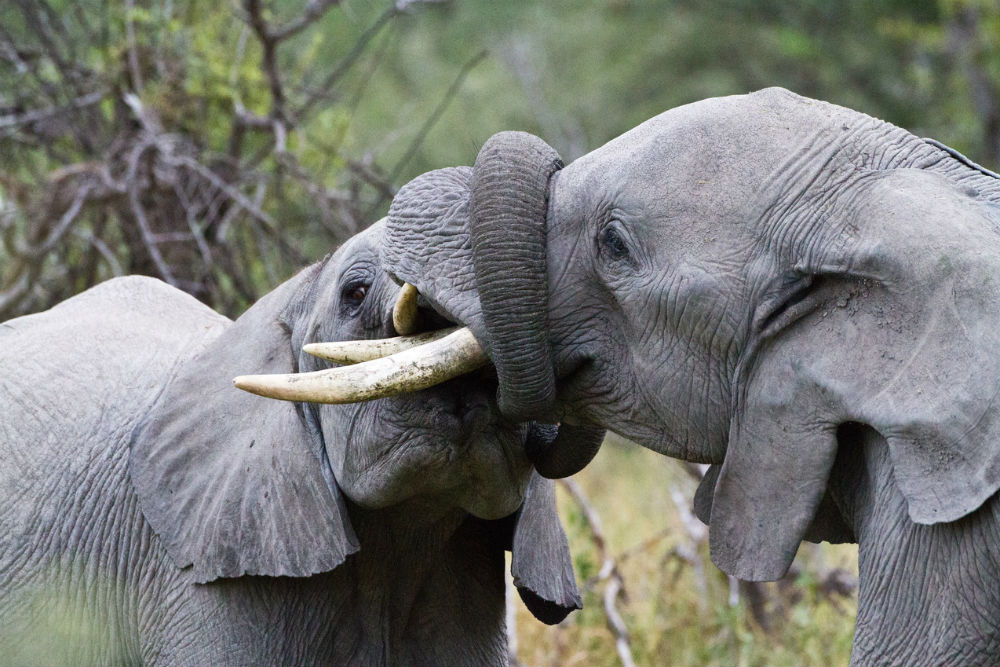 There’s a big difference between the lowest price and the best value for your money. One way to get a high-value trip is to time it right. (That’s the goal behind our “Where to Go When” series, which highlights shoulder-season deals and off-peak benefits for every month of the year.)  We asked the Trusted Travel Experts on our WOW List to share smart strategies to make your trip dollars stretch further. Here’s what they had to say about maximizing travel value and finding shoulder-season discounts around the globe. 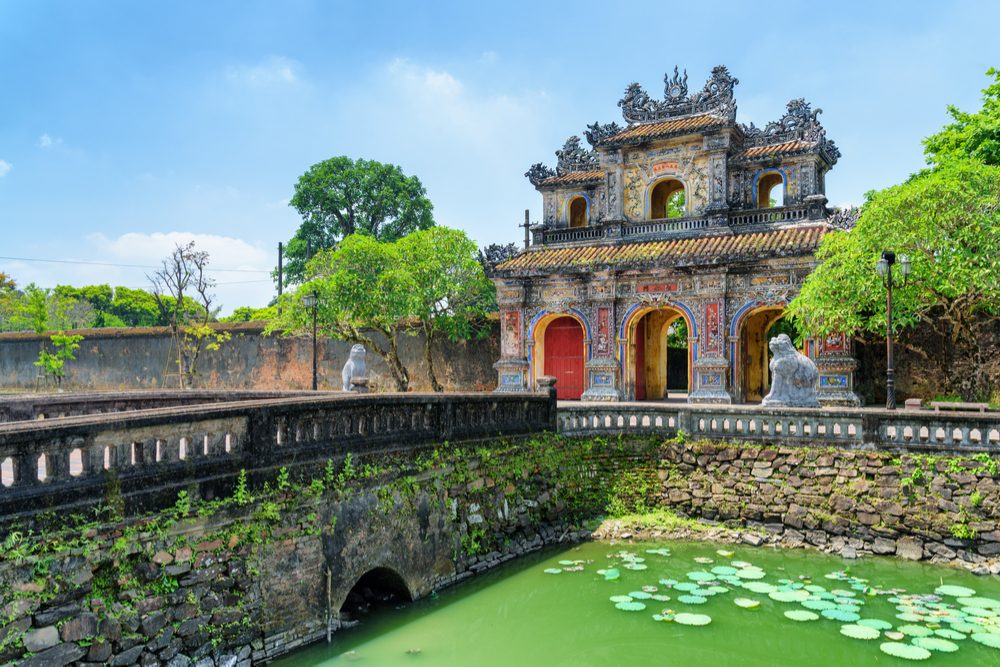 View of the East Gate (Hien Nhon Gate) to the Citadel and a moat surrounding the Imperial City with the Purple Forbidden City in Hue, Vietnam. Photo: Shutterstock

“A trip to Southeast Asia can be pricey due to hotels, but the good news is there are large variances in low-season and high-season pricing that can sometimes save you up to 20 percent. Koh Samui, Thailand, is great in May and June, when the weather is dry and hot, and the hotels are quite empty, with good pricing.  Phuket, also in Thailand, is great at the end of October, right before the November high season.  Laos has great value, as well as nice weather, in May and June.  Vietnam is usually better than Thailand for New Year’s, as there are fewer hotels with minimum-length-of-stay requirements and mandatory gala dinners—which can add thousands to your trip. There are tricks and recommendations wherever you go, not only to maximize your value, but also to avoid any unnecessary expenses that can really increase your overall trip costs. For a multi-country trip that includes Thailand, Vietnam, Laos, and Cambodia, the best value across all countries would have to be May.” —Sandy Ferguson

Read reviews of Sandy. Read his Insider’s Guides to Thailand, Southeast Asia, and Bangkok. Then contact him to maximize your experience of Southeast Asia. 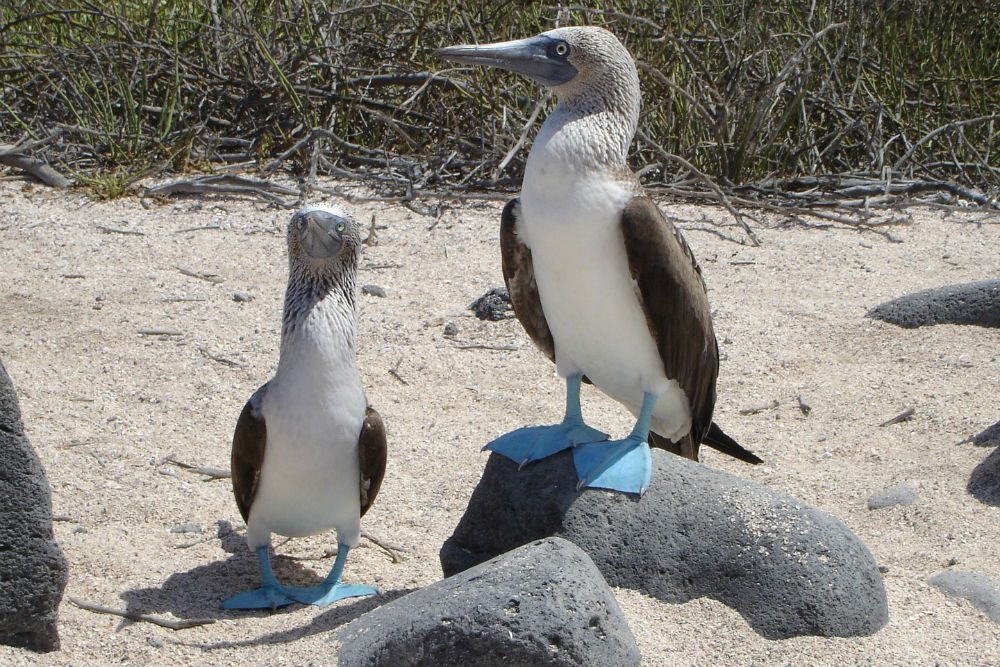 “I always ask if people can travel between Thanksgiving and Christmas, or the week starting January 3. Those are the weeks when occupancy on the best Galapagos cruise ships can drop dramatically. Think ahead, book in advance, and you might just score a great deal!” —Allie Almario

Read reviews of Allie. Read her Insider’s Guide to the Galapagos Islands. Then contact her to maximize your experience of the Galapagos. 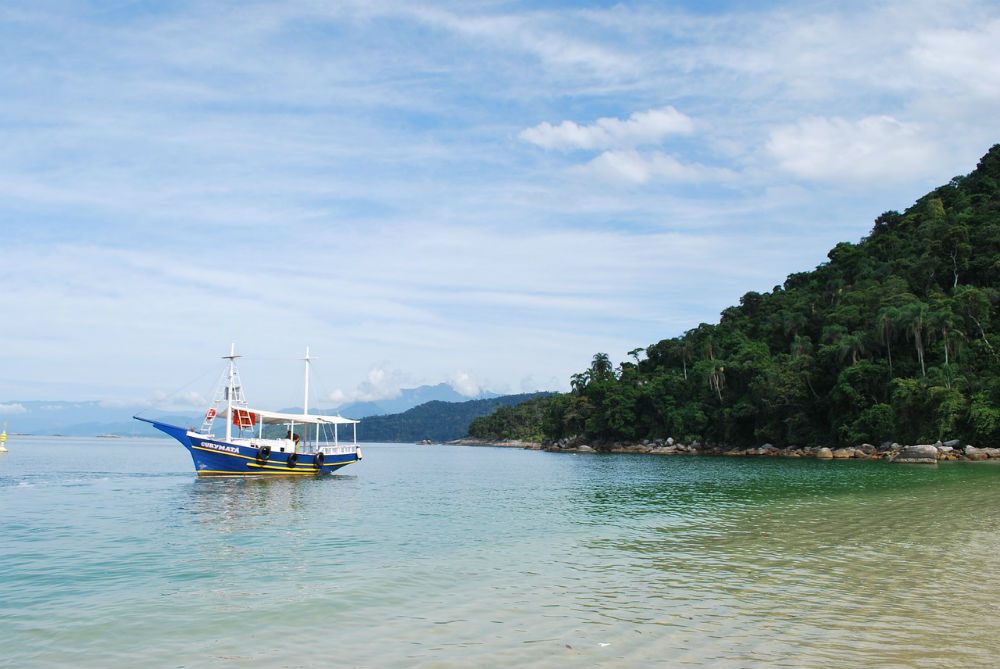 “Traveling during the northern hemisphere’s summer is a great idea. On the Costa Verde, our winter (June–August) is a beautiful time to visit, with pleasant temperatures between 65 and 85 degrees, and less than a third of the average rainfall of the summer months. Yet hotel rates are significantly lower, and you can often get four-nights-for-the-price-of-three deals.” —Paul Irvine

Read reviews of Paul. Read his Insider’s Guides to Rio de Janeiro and Trancoso. Then contact him to maximize your experience of Brazil. 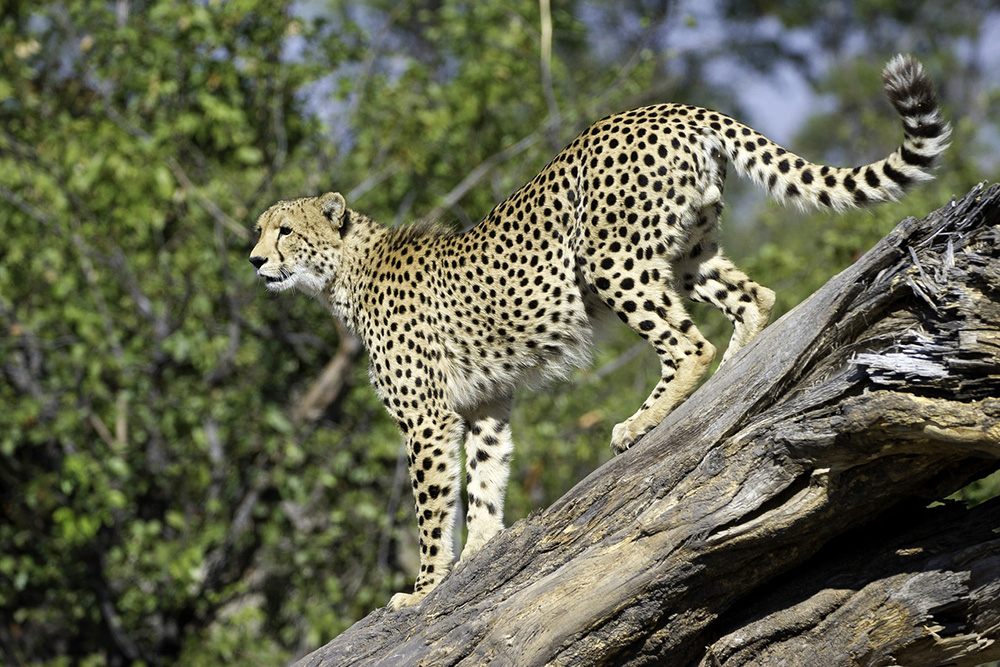 “Green Season, which is November through March, is a fantastic time to visit Botswana because the prices can be as much as 40% less than in peak season. The intermittent rain that falls is not disruptive to the safaris, and given the abundance of green grass, the grazing species—such as wildebeests, zebra, antelope, etc.—are having their offspring, and the predators tend to be more prolific as well. Photographic opportunities are at their very best.” —Julian Harrison

Read reviews of Julian. Read his Insider’s Guide to Botswana’s Small Safari Camps. Then contact him to maximize your experience of African safaris. 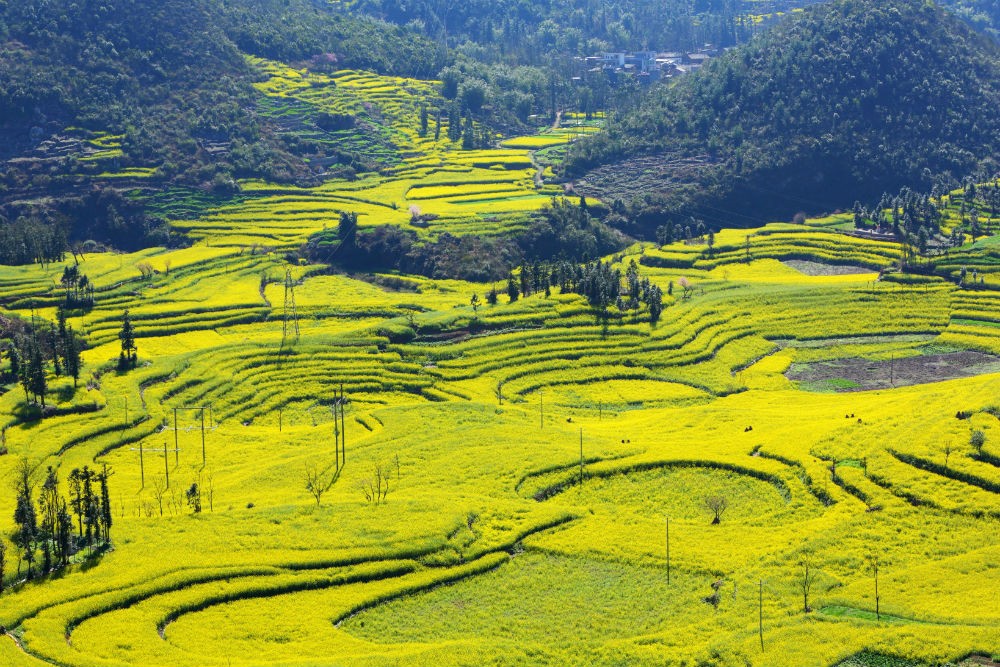 “High value doesn’t necessarily mean a low price. It’s about getting the maximum experience for what you spend. Our top tip: Consider traveling to China in winter, when you can take advantage of hotel deals and get your pick of the best guides. It’ll be cold in the North but in the South, spring arrives early. Visit Yunnan province in December to see the region’s speciality ham being cured.” —Mei Zhang

Read reviews of Mei. Read her Insider’s Guides to Beijing, Yunnan Province, and China’s Big Cities and Small Villages. Then contact her to maximize your experience of China. 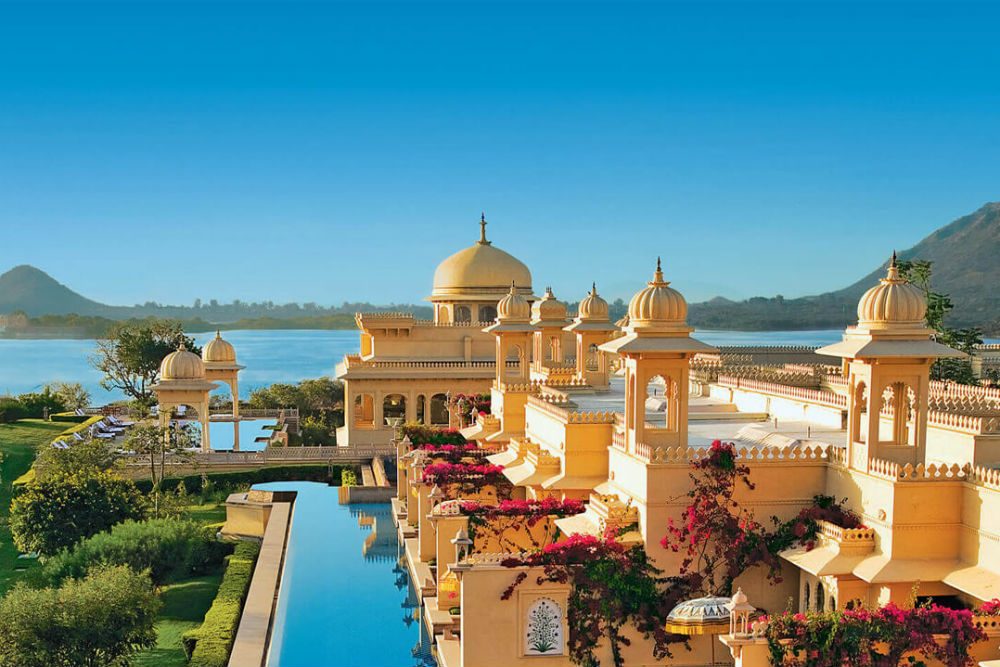 “In India our tourist season is from October through March, though prices are at a premium over Christmas and New Year’s. If we had to choose, we would recommend being in India in February or March. By negotiating a package rate with a hotel group such as Taj or Oberoi (who have award-winning hotels throughout the region), we can ensure a top-end trip with a great per-night discount.” —Victoria and Bertie Dyer

Read reviews of Victoria and Bertie. Read their Insider’s Guides to Rajasthan and Mumbai. Then contact them to maximize your experience of India. 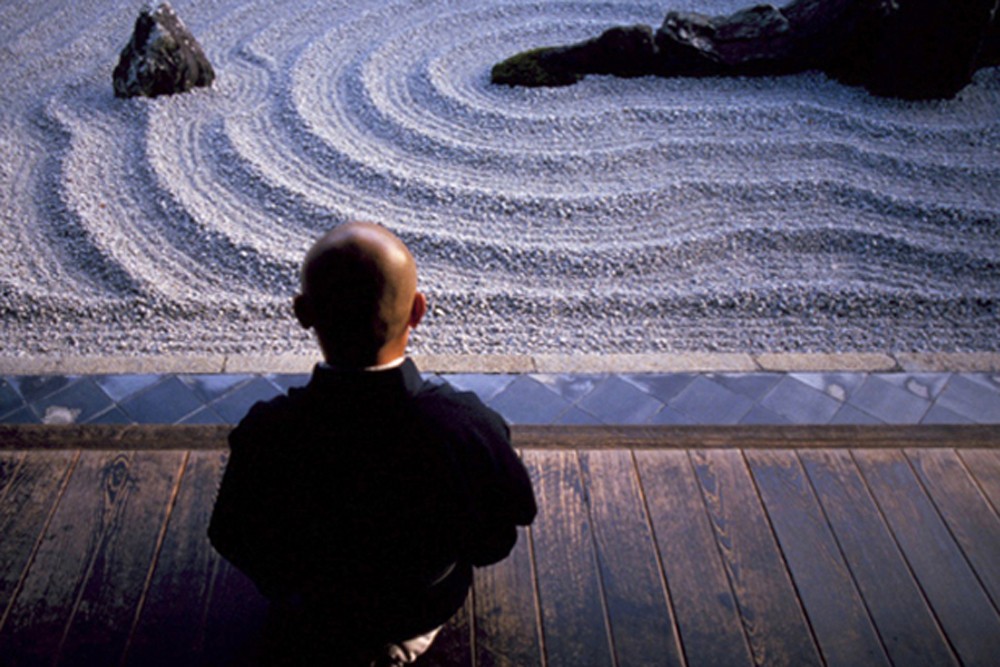 “Traveling to Japan during March and April can be very expensive and the crowds overwhelming (in Kyoto especially). Why not go to Japan right after Golden Week ends in early May and enjoy a beautiful and less hectic time to be in-country?  Warm days and comfortable evenings make it a great time to go, plus you’ll be avoiding rainy season, which typically begins mid-June. I would say the same holds true for October travel vs. the peak autumn foliage times of mid- to late November.” —Scott Gilman

Read reviews of Scott. Read his Insider’s Guide to Classic Japan. Then contact him to maximize your experience of Japan.

“Safaris are not inexpensive these days, but if you have some flexibility with dates, you can save up to 45 percent by going in June vs. July to Tanzania, or in November vs. October to Botswana. Seasonal cost differences can be massive, and ‘low season’ doesn’t mean ‘not great season’—it means fewer people, which can be great for you!  Also, it’s important to remember that a very  large percentage of lodge costs go toward conservation of wildlife, wild places, and community development. A wonderful client of mine once said, ‘Unfortunately, I don’t get a tax deduction for my travel, but I think of it as an investment in my and my family’s spiritual equity. It’s less risky than investing in Wall Street, and the dividends are guaranteed and last forever!'” —Cherri Briggs

Read reviews of Cherri. Read her Insider’s Guides to Namibia Adventures, Zimbabwe, Zambia, and Madagascar. Then contact her to maximize your experience of African safaris. 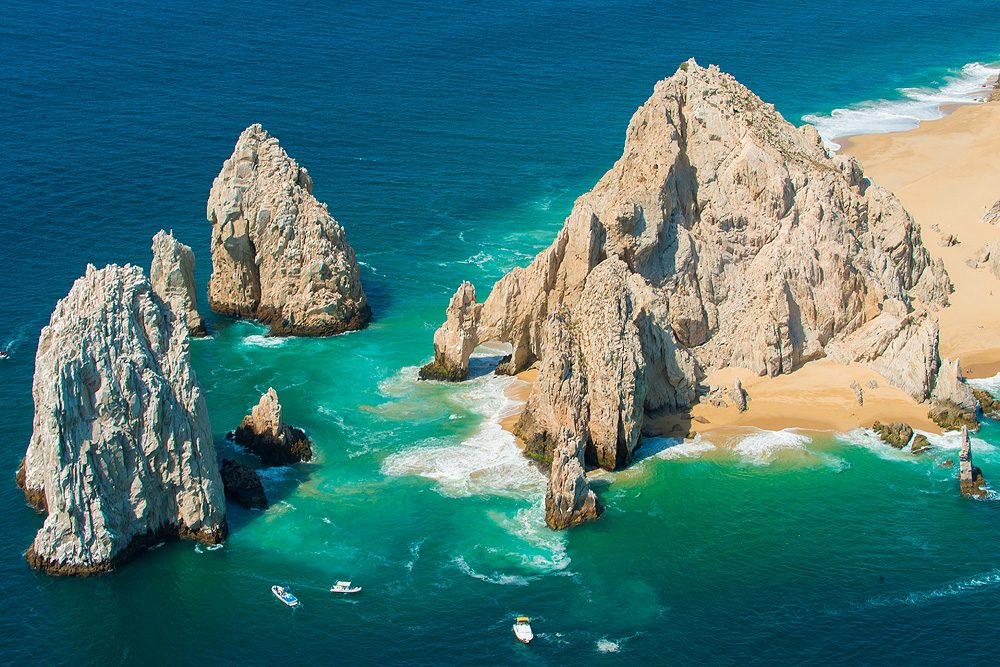 “It can be tough to get a good fishing charter in October, when all the tournaments happen. If you can brave the warmest time of the year, the last week of September is the best time for fishing, and since it’s low season, you will get the best rates.  For the Christmas/holiday season in Los Cabos, book in the month of December for the next December holiday:  That way you get your pick of properties and don’t have to just accept whatever is left.  If you are interested in Cabo for the holidays, avoid the crowds by traveling the first week instead of over New Year’s. Cabo gets booked up starting December 27! ” —Julie Byrd

Read reviews of Julie. Read her Insider’s Guide to Los Cabos Villa Vacations and Los Cabos Beach Vacations. Then contact her to maximize your experience of Cabo. 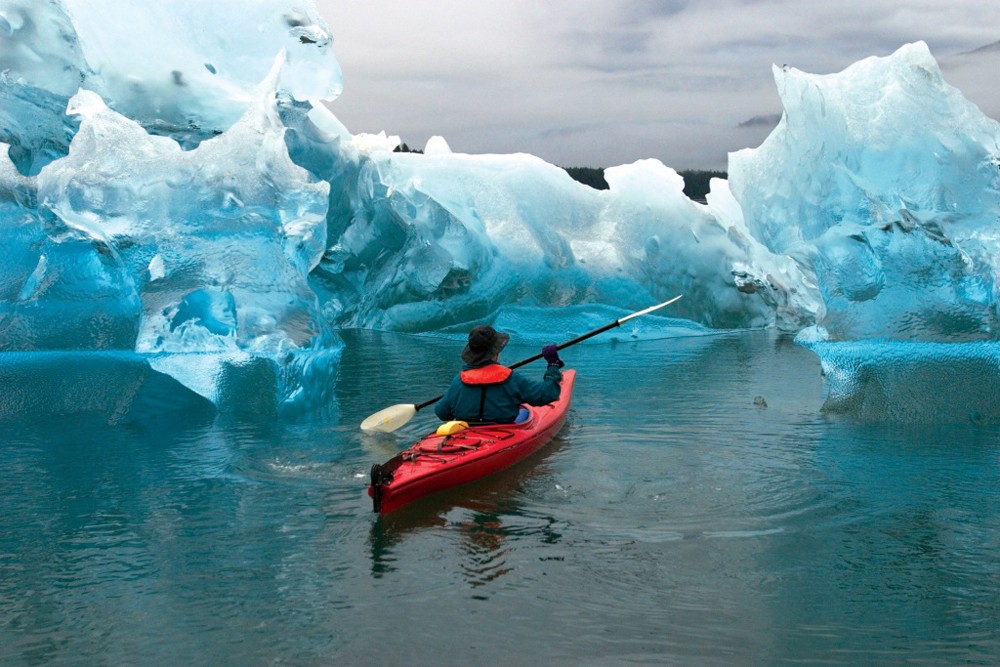 “April and September are shoulder season for Alaska small-ship cruising.  Alaska is still packed with amazing wildlife and epic glaciers, but there is less big-cruise-ship traffic and fewer tourists than in high season.” —Ashton Palmer

Read reviews of Ashton. Read his Insider’s Guide to Small-Ship Alaska Cruises. Then contact him to maximize your experience of cruising Alaska. 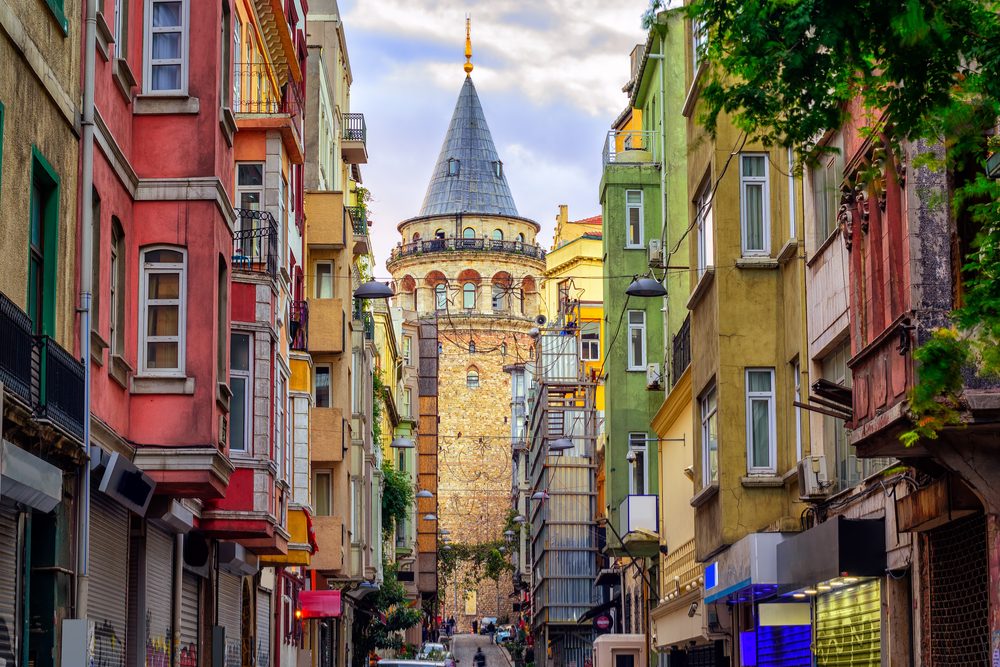 “Turkey in winter is a bargain: low airfares, no crowds, hotel rates are reduced. You just need to bring a winter coat. And İn Antalya people swim in the sea through December.” —Earl Starkey

Read reviews of Earl. Read his Insider’s Guides to Istanbul and Cappadocia. Then contact him to maximize your experience of Turkey. 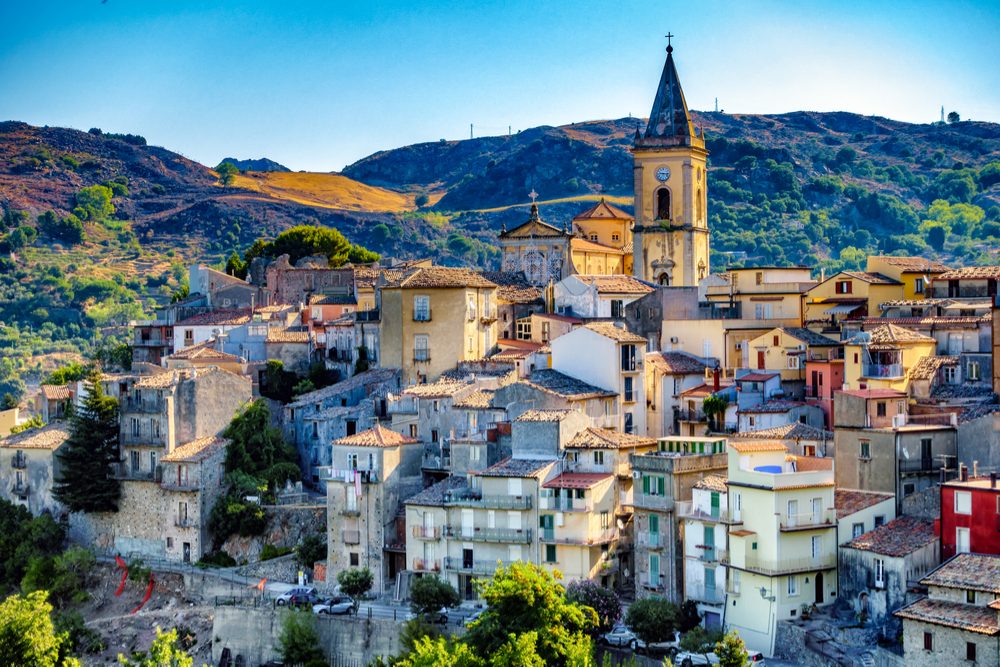 “While Sicily is primarily visited from March through November, the so-called ‘off season’ can mean better value for your precious travel time. The weather is cooler, but you’ll get the warmth of the local seasonal harvest festivals and the holidays. The sea might be rougher, but the clouds and winter sun provide for amazing visual contrasts when visiting the ancient sites (with no crowds to get in your way).  And the autumn / winter is an ideal moment to dive into some unique culinary adventures, from discovering the ancient roots of Palermo street food to preparing almond pastries in Agrigento to learning about secret traditions of Granita on a snow-capped Mount Etna.” —Marcello Baglioni

Read reviews of Marcello. Read his Insider’s Guide to Sicily. Then contact him to maximize your experience of Sicily. 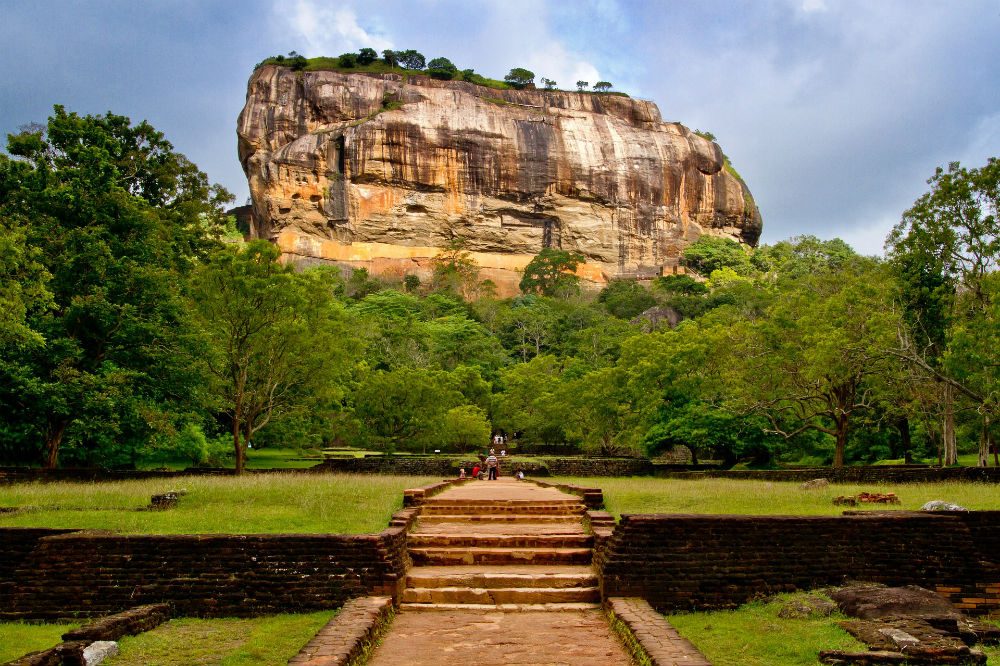 “Travel to Sri Lanka in March and make the most of your holiday. As the peak season recedes, the weather is still pleasant, the Sri Lankan grub remains delicious, and your holiday is bound to be a bit easier on the wallet. If you really want to avoid the crowds, try climbing the more challenging Pidurangala rock, which sits opposite Sigiriya rock: You won’t be disappointed!” —Miguel Cunat

Read reviews of Miguel. Read his Insider’s Guide to Sri Lanka. Then contact him to maximize your experience of Sri Lanka. 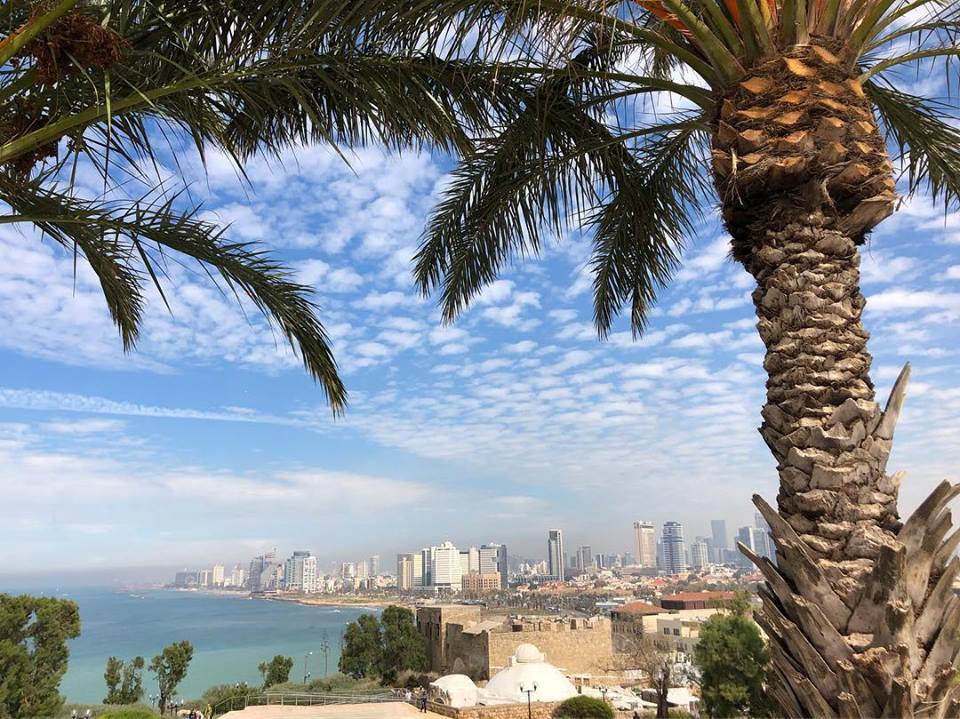 “Weather in Tel Aviv in January/February is in the high 60s / low 70s. Winter is actually the perfect time to come to Israel if you don’t like the heat. The winters are gorgeous.” —Jonathan Rose and Joe Yudin

Read reviews of Joe and Jonathan. Read their Insider’s Guides to Jerusalem and Israel. Then contact them to maximize your experience of Israel. 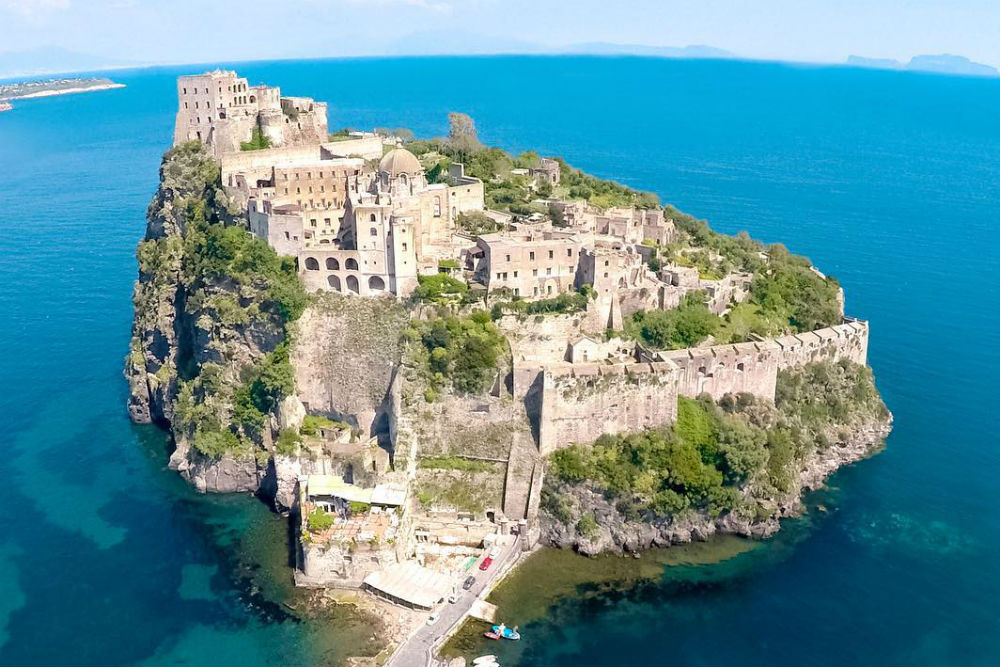 These are the travel destinations that are at that perfect moment, before the tourist masses arrive. Which ones are calling to you? 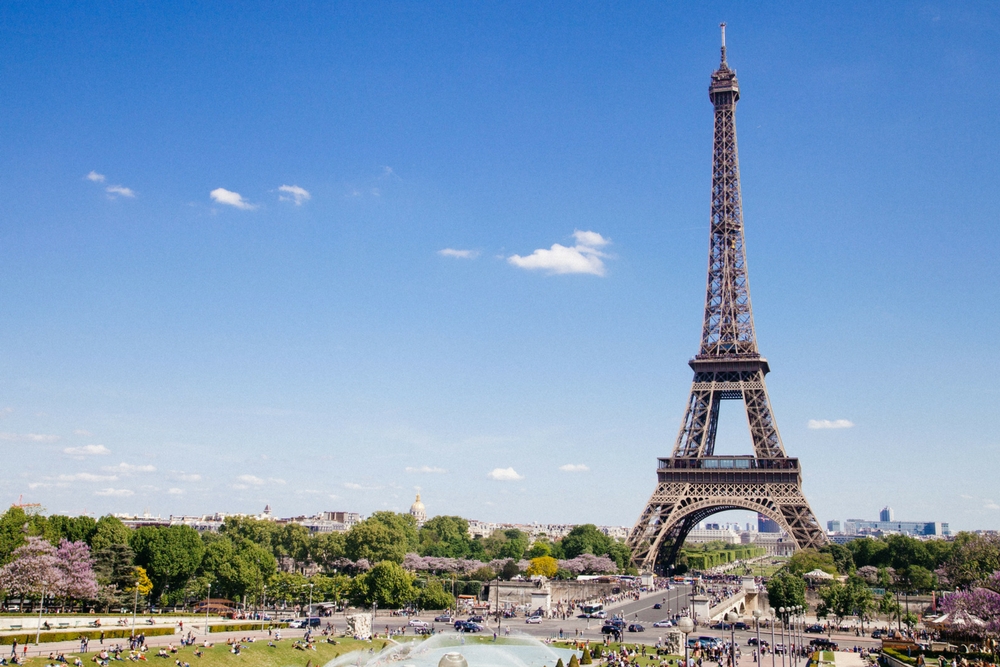 Thanks for the Party, Andaz 5th Avenue!

A Trip to Japan:
Start with our Questionnaire

Authentic Craft Markets Worth Traveling the World For