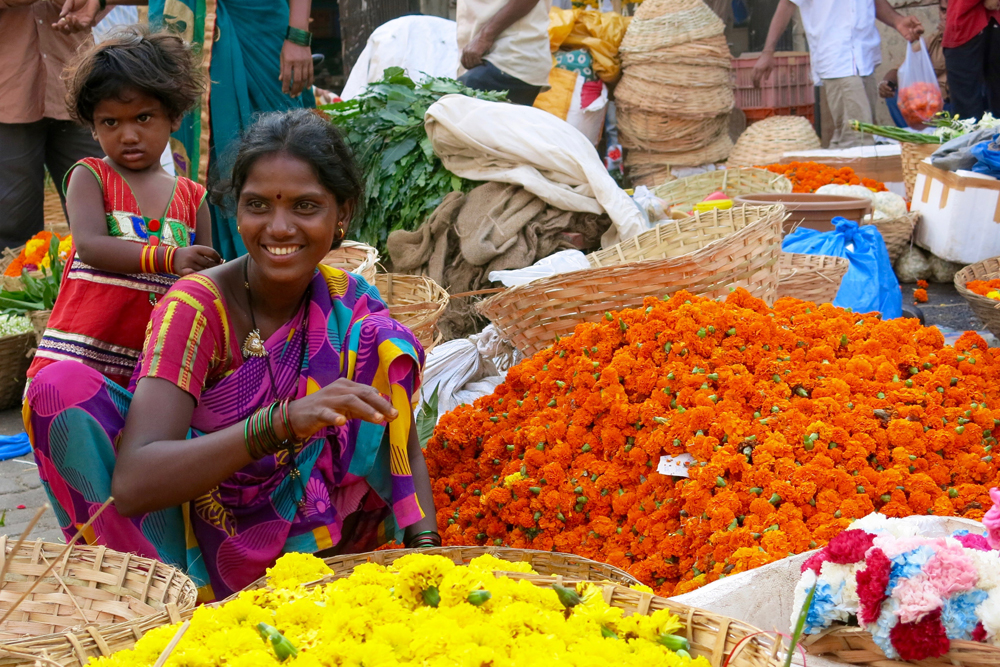 The insider advice on this page is from two of Wendy’s Trusted Travel Experts for India: Bertie and Victoria Dyer.

Bertie Dyer fell in love with India at age 12 and has spent as much time as possible there since. He and his wife, Victoria, lived for ten years in Jaipur, where they were married and had their first child. The company they started together, which arranges private journeys to India, grew out of their desire to introduce visiting friends to the people and places they love in Rajasthan, and today they specialize in unique trips tailored to individual interests—a type of travel experience that is rare in India, where most tours emphasize ticking off as many main sites as possible. Bertie’s areas of expertise include Moghul architecture, wildlife photography, and Indian history. Victoria’s passions include yoga, Indian cooking, and textile design—and her knowledge of boutiques and bazaars has made her Jaipur shop crawl one of their most popular tours. Bertie and Victoria split their time between their home in India and the U.K. Their Jaipur office is run by a dedicated team of local employees who have been with the company from the beginning. 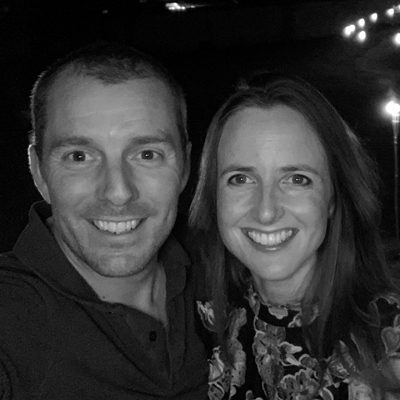 Best bang-for-your-buck hotel
Overlooking the Gateway of India and the Arabian Sea, the Taj Mahal Palace is a Mumbai institution. (Don’t miss the views from the hotel’s Harbour Bar, Mumbai’s first licensed drinking establishment.) The Tower rooms are smaller and decorated more simply, but rates can be half that of the Palace wing, which has been refurbished to retain its 1950s/60s heritage feel; Bertie and Victoria’s travelers receive upgrades when available. 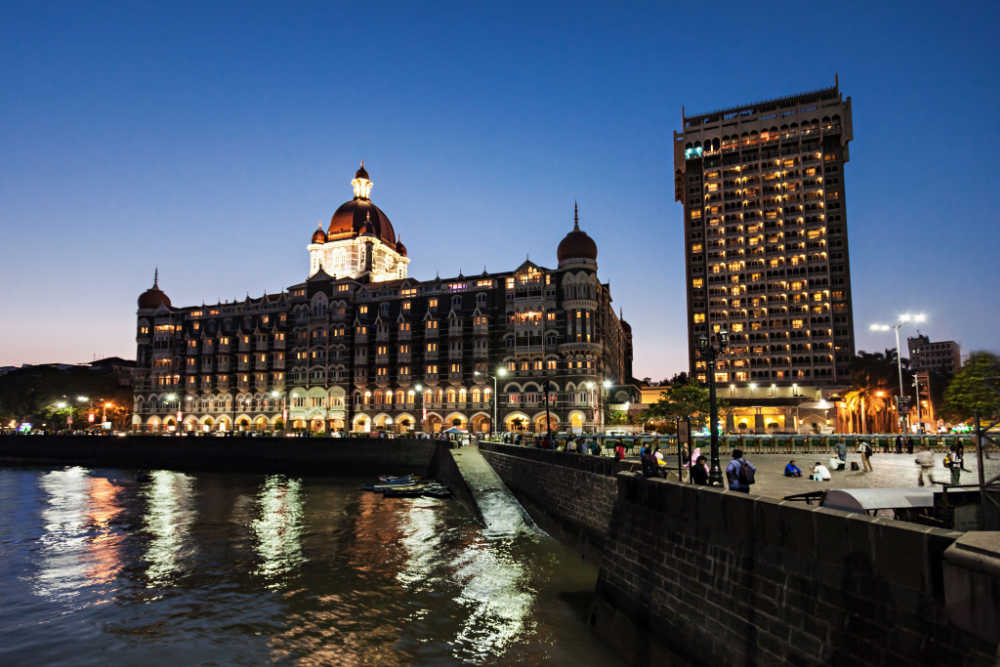 Restaurants the locals love
Mumbai is famous for its seafood, and Trishna is the place to try the vast array of fresh seafood hauled onto the docks just down the road. Try the butter garlic crab served with roomali roti, a very thin bread.

Bombay Canteen is modern, funky, and fun. Order the tandoori pork, which is slow-cooked twice and comes with a glaze of spicy jaggery (a South Asian sugar), topped off with pickled cucumber and onion carrot slaw.

When you want a break from spices and curry, head to The Table for delicious garlic and truffle fries and other Western dishes.

Dishes to try
Vada pav is Mumbai’s signature street food: a spicy potato deep-fried and then served in a soft bread roll.

Bombay duck. Confusingly, this is not actually duck, but a scary looking fish, best eaten fried. Trishna (see above) does a particularly good version.

Meal worth the splurge
Ziya, the flagship restaurant at the Oberoi Nariman Point hotel. Famed for his revolutionary Indian cuisine, executive chef Vineet Bhatia was the first Indian chef to be awarded a Michelin star (he now has two). The restaurant overlooks Marine Drive, and a table by the window gives you the best views of the bay. If you’re going all out, order the Ziya Gourmand Vault Menu, an exquisite seven-course tasting menu.

Things to See and Do 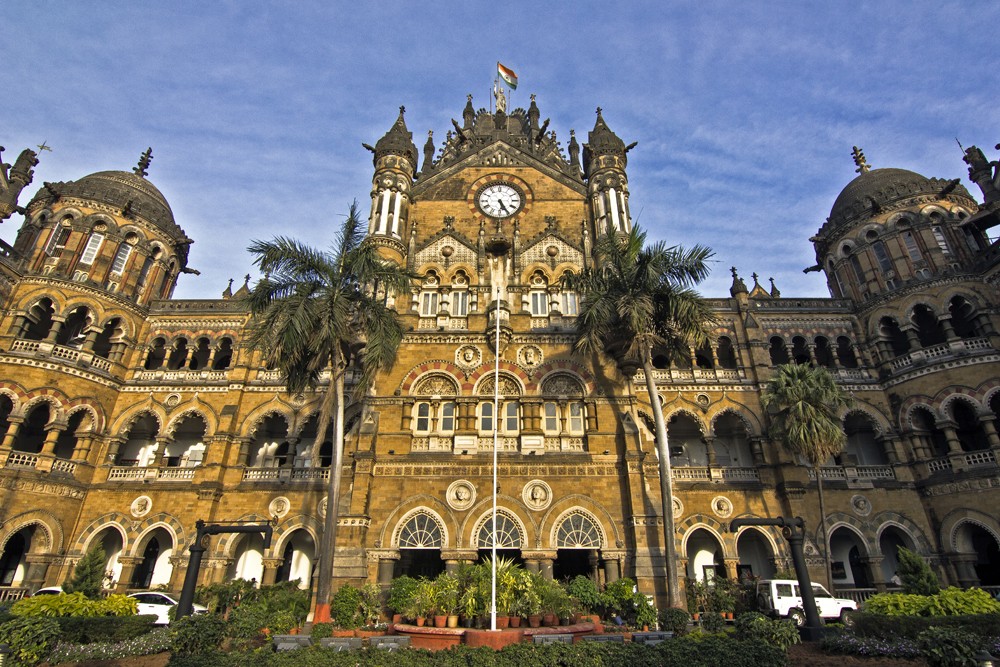 Most underrated place
The Great Indian Peninsular Museum, inside the Victoria Terminus Railway Station, tells the story of India’s vast railway network and gives you behind-the-scenes access to this extraordinary building, renowned for its combination of Gothic and Indian architecture. In addition to visiting the private administrative areas, you’ll also get to enjoy a great viewpoint overlooking the platforms.

Most overrated place
The Hanging Gardens (also known as Ferozeshah Metha) are not worth the effort to get there, and you can get better views of the city from one of Mumbai’s rooftop bars.

Read Gregory David Roberts’ bestselling novel Shantaram (or watch the new Apple TV+ series), and then head to the brilliantly featured Leopold Cafe. Leopold has a buzzy, vibrant atmosphere and is a fun place to take in the local Colaba scene.

Make the most of being in the cricket capital of India and head to Wankhede Stadium, the home ground of the Mumbai cricket team, to watch regularly hosted one-day internationals and test matches.

Bertie and Victoria love to shop! Their highly curated shopping crawl of Mumbai takes you to the city’s most beautiful jewelry and fashion stores, antiques shops, and into the must-see bazaars and markets. One of their favorites is the famous Thieve’s Market—”Chor” in Hindi means thief. It is said that this market was originally called Shor Bazaar (meaning noisy market), however it was mispronounced by the British as Chor Bazaar, a name later vindicated as illegal and stolen goods found their way into the market. This bazaar is located in a Muslim area (so dress conservatively) and is a bustling hive of shopping activity—though today, goods tend to be second-hand rather than stolen!

Diggi Rathore works alongside Bertie and Victoria and knows Mumbai like no other. Charming, fun, and an excellent Bollywood dancer, Diggi’s passion for life is contagious and he will quickly absorb you into the local scene. This could be at the Royal Western Indian Turf Club to watch horse racing (the Indian Derby is one of the most glamorous events in the Indian calendar), at Bademiya (his favorite food stall), or for drinks at Social in Colaba.

Hidden gem
The Dr. Bhau Daji Lad Museum, Mumbai’s oldest, is dedicated to the city’s decorative and industrial arts. The ornate Victorian building is a fine example of colonial-era architecture and was originally intended to act as the Indian version of London’s Victoria and Albert Museum.

Cheap thrills
Explore Worli Village and Mumbai’s spice market. Worli is home to the Kohli community, the original inhabitants of the Mumbai area. Today they are still fishermen, and this traditional village feels like it’s a million miles away from the city—even though it’s right in the center of Mumbai’s skyscrapers. Visit the fish market and walk up to the Worli Fort before heading over to the spice market, about 20 minutes away, where it’s fascinating to see the pounding machines and the local ladies instructing the vendors on their preferred blend. 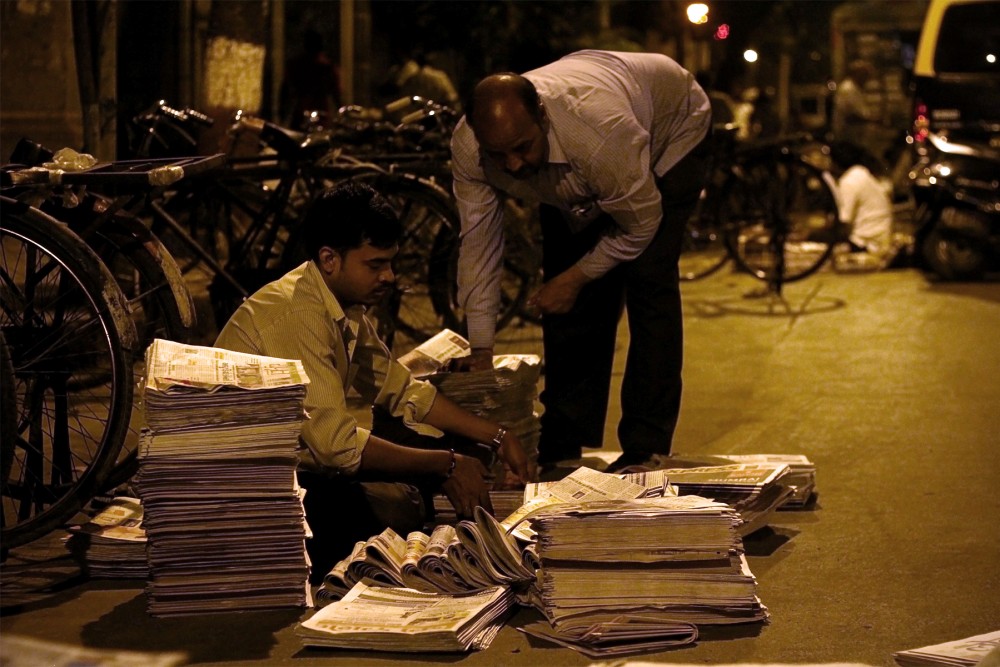 Tour Mumbai at dawn. Seeing this lively city wake up provides you with an understanding of the real Mumbai, one that goes beyond the glamour and skyscrapers of the Colaba district. Go to the Sassoon Docks to watch the fishing boats come in, then to the auction where the early-morning catch is sold. Afterward, you can watch the newspaper sorting that takes place on the streets before heading to the vegetable and flower bazaars; you will start to understand the logistics of the city’s food distribution as 100 tons of meat, fruit, and vegetables enter the various markets. When you walk the same lanes just a few hours later, you won’t find any evidence of the morning’s activities.

How to spend a lazy Sunday
Sunday is the best day to walk in the city, as it’s the quietest. Start in Colaba at the Gateway of India: Have brunch at the Taj Mahal Palace before walking up Chattrapati Shivaji Road to catch a movie at the art deco Regal Cinema. Alternatively, check out the National Gallery of Modern Art or the Chhatrapati Shivaji Maharaj Vastu Sangrahalaya Museum, further up on Mahatma Gandhi Road. Heading north from either the cinema or the museums, you will see several more of Mumbai’s architectural gems before reaching the Oval Maidan gardens, where locals gather to play cricket on Sundays. 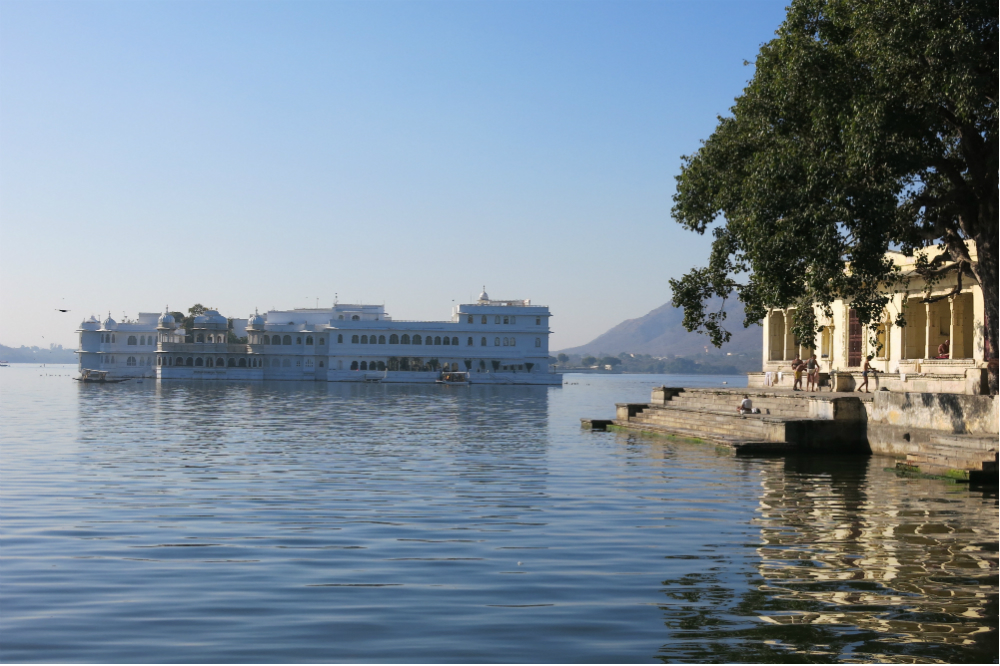 October to March. During the Kala Ghoda Arts Festival, held every February, the city is packed with events, exhibitions, and huge art installations.

June to September is the monsoon season. The city can flood, making it impossible to get anywhere, and the rain can be so heavy that it’s like standing under a shower.

Trying to fight the traffic; plan carefully to avoid it altogether if possible. For example, if you arrive in Mumbai during rush hour, break up the journey to your hotel by stopping en-route for a tour of Dharavi, a former fishing village that is now one of Asia’s largest slums; in spite of the inevitable dirt and apparent chaos, Dharavi is the most bustling part of Mumbai, and a prime contributor to the city’s GDP. While the word “slum” describes a place of poverty and hardship, it is also used to describe a place of enterprise, humor, and nonstop activity. Bertie and Victoria’s version of this tour visits the commercial areas of the slum—not the residential ones—so you will see factories, workshops, tanneries, recycling centers, and even a showroom where you can purchase leather goods.

Not making arrangements for private guides ahead of time: Because of the cruise ships that dock at Mumbai from October to April, there is a high demand for guides on certain days.

Taxis at the airport are notorious for trying to take tourists for a ride; only get in a car that you have pre-booked.

Bertie and Victoria can arrange a visit to Mr. Alim, a revered movie-poster artist, who will create an original Bollywood-style poster featuring you as the star.

Join the throngs of walkers on Chowpatti beach for an evening stroll, picking up some street food snacks along the way. It’s the perfect place for people-watching. 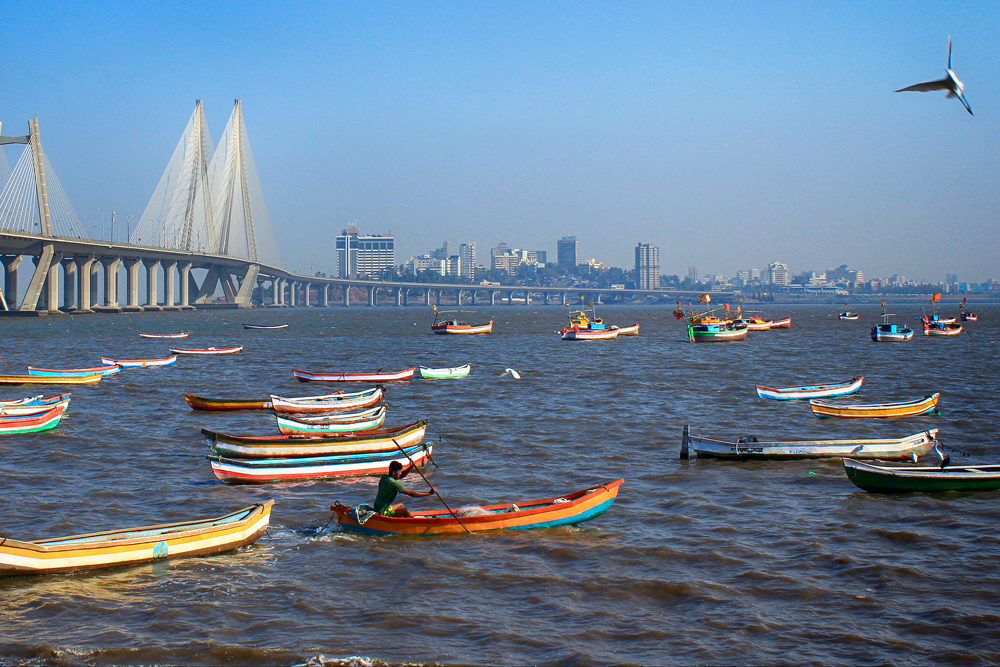 The view of the city from Worli Fort, an incredible panorama encompassing the Bandra-Worli Bridge, the skyscrapers of downtown Mumbai, and the traditional fishing village of Worli.

The view from the terrace of the Victoria Terminus. Get some great shots of this iconic building and shoot a time-lapse video of the crazy traffic below! The terrace is only accessible between 3 p.m. and 5 p.m. on weekdays with a ticket to the museum (see “Most underrated place”).

Check out the amazing art installation in Terminal 2; it’s truly museum-quality, with more than 7,000 pieces of artwork and artifacts from all over India.

Ten percent is standard at restaurants; more and more places are now including a service charge on the bill—in which case you don’t have to add a tip—so be sure to check.