Flying in 2020 and 2021: How Airlines Are Adapting and How Passengers Can Stay Safe 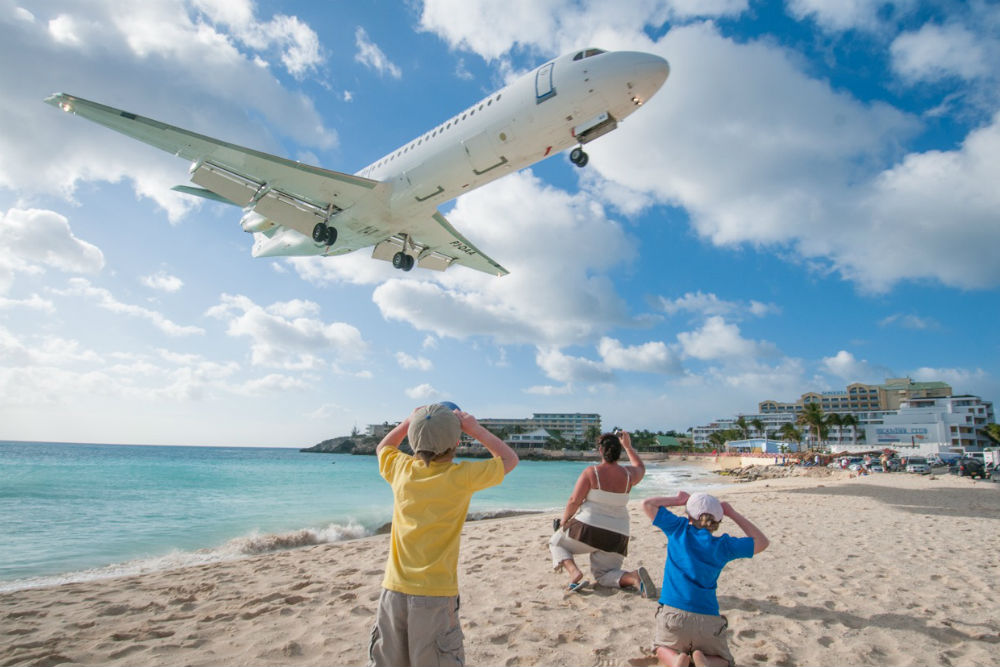 Air travel is a big stressful question mark for a lot of us right now. How safe is it? What steps are airlines and airports taking to ensure passenger health? How are airfares affected? And what about miles? We invited two air travel experts to answer all these questions and more during a recent Zoom chat.

Many of you may know our two speakers because Wendy has been recommending them for years. Brett Snyder is the founder of Cranky Concierge, a service that not only helps people find and book the best flight options, but also monitors those flights for schedule changes and subsequent refund/credit options. Brett also writes and hosts a podcast about the airline industry at Cranky Flier.

Gary Leff covers miles and points at his blog View From the Wing and also started Book Your Award, the go-to service for whenever you want to know how to get the best value for your miles and points. He understands the nitty-gritty of all the programs, so he knows how to move points from one program to another, who the partners are, and how to access hard-to-find award seats.

Below, we’ve excerpted their answers to help travelers figure out how to approach flight planning in 2020 and 2021.

Stay in the know about our future Zoom chats through our weekly newsletter; and if you have questions about how to approach your own trips during the time of COVID-19, write to Ask Wendy.

How can I find out which airports in my area are safe? And, once in the airport, what can I do to stay safe?

Brett Snyder: The airport experience is one that’s naturally going to be a challenge. You have a lot of people in a small indoor space, and so that’s where mask wearing becomes really important and hand sanitizer and all the stuff they tell you to do. But if you live in a city with multiple airports, a secondary airport might make you feel comfortable.

In the gate area, we have seen in some places they’ll block every other seat. As for boarding, they’re trying to do it in smaller group numbers, or back-to-front. But they still let the premium cabin and elite members board earlier, so it’s not true back-to-front.

Gary Leff: And do as much self-service as you can: Use the airline’s app to check in, so you have the boarding pass on your phone. Scan that yourself at the TSA line, scan it yourself at the gate. Airlines in many cases will let you print your own baggage tags and drop the bags off yourself, instead of involving someone else in the transaction. Your bag is still ultimately going to be touched by somebody else who moves it. But when you get your bag back at the other end, you’ve got your sanitizer. Self-service minimizes the touch points.

I feel more comfortable on the plane itself, where you have circulating outside air with HEPA air filtration, than I do inside the terminal. The interesting thing is that we really haven’t seen aircraft as vectors of significant spread. United CEO Scott Kirby may make the case more boldly than I would when he says that the aircraft is about the safest indoor environment that you could possibly have, but it is absolutely the case that we haven’t tracked a lot of spread to being on planes.

Which airlines are taking the most stringent and well-executed safety precautions?

Gary: I think all of the airlines are taking safety incredibly seriously. They’re doing more cleaning than they’ve ever done, with newer and more innovative technologies then they’ve ever used before. The differentiator is that middle seat. Delta, JetBlue, Southwest, and Alaska continue to limit the number of people onboard so that they don’t have to fill middle seats, whereas United and American do not. It’s a uniquely U.S. thing, this idea of blocking middle seats. On airlines worldwide. this is not something that you’re going to find.

Brett: Most of the airlines are now doing questionnaires asking if you’ve had any symptoms. Of course, it’s very easy for someone to lie about that unless it’s something that a gate agent can actually see. The questionnaire doesn’t help with pre-symptomatic transmission, of course, but it still does help, as does the wearing of masks.

Another thing to consider is that the smallest airplanes—50-seat regional jets like the ERJ-145s or the CRJ-200s—don’t have HEPA filters. Now, that doesn’t mean all regional aircraft. The planes with 70 or 76 seats—those do have HEPA filters. So, if you are concerned, you might want to avoid those really small airplanes.

What can I do if I book the flight and then discover that it’s packed?

Brett: Some airlines will block middle seats. But on American or United, you could walk on and find that the airplane is full. Those airlines are telling people ahead of time if their flight will be relatively full, and they’re letting people change without penalty if they want to.

Gary: Airlines that are blocking middle seats or capping load factors—they’re offering more value to customers, so I would choose one of them. Although I would not choose to take a connecting flight on one of them versus a nonstop on American or United.

Is there a difference in safety if I’m on a three-hour flight vs. a ten-hour flight?

Brett: Well, I’m not a doctor, but the longer the flight, the longer your potential exposure to the virus. So I would assume if you’re sitting next to someone for three hours and that person’s nose is sticking out of his mask, ten hours of that is worse than three hours of that. Also, if you think about meal services—because that’s when you’re allowed to take your mask off: On a longer flight, you’ll have more food or drink. But again, as Gary mentioned, there just haven’t been many examples of transmission in an airplane.

Gary: Worldwide, there is really only one flight where there’s a consensus that the virus might have spread on the plane—but it also could have been in the gate area or on the jetway. It was the March 1st London–Hanoi flight on Vietnam Airlines, where several people were exposed during that trip and developed symptoms of the virus afterward. Again, it may not even have been on the plane itself.

This is why I was so concerned early on when the U.S. was placing restrictions on arrivals. It was a mess where people were standing body-to-body in arrivals holds for hours. The plane is where I am not super-concerned. But there are a lot of other elements of the trip that you have to watch out for.

Gary: At some point in the future. But in the near term, I think that we’re going to see a lot of deals because airlines have added more flights to their schedules than the number of passengers has grown, and so there are empty seats.

The only thing that I think would fundamentally drive higher fares is if there were a law, say, that required blocking middle seats, and it took a third of capacity out of the market. Then, all of a sudden, you would have so many fewer seats that customers would be bidding up to get access to.

That doesn’t seem to be in the cards, though, so I wouldn’t expect much higher fares, except if you’re going to some place that’s really difficult to get to right now. Like, right now, if you have to go to Australia, they’re only letting in a certain number of people every day.

What are the odds of getting reimbursed for unused tickets if we don’t travel in 2020?

Brett: The answer is: It depends, because every airline has a different policy. If it’s a refundable fare, great, go ahead and get a refund. But for the most part, fares are not refundable—or, if they are, there’s a hefty penalty that goes along with it. So the best thing you can do is just wait and hope for a schedule change. A schedule change would potentially allow a refund, and your chances are pretty good at this point that there will be a schedule change.

Where it gets tricky is with international carriers. The rules that govern what happens to the value of a ticket are based on which airline issued the ticket, even if you have multiple airlines on that ticket.

Gary: If you are not able to travel because of circumstances on the ground, you might think: Because it’s a force majeure event and they closed the border, contracts are void. But that’s generally not how it works. If the airline operates the flight—if the flight takes off and you’re not on it—you can get a credit for canceling, but they’re likely not going to give you back your money. So if you choose not to go or circumstances mean it’s obvious you shouldn’t go, but the flight travels, you’re far more likely to get a credit than a refund.

Are there any advantages to booking now for 2021 trips?

Gary: The reason to book now is if you see an incredible deal. By incredible, I don’t just mean a good price—I mean orders of magnitude better than what you usually see.

One reason to wait is that we don’t know what the world is going to look like. Places that look pretty good now in terms of COVID-19 may not look great many months from now, and places that look bad now might look much better many months from now. So my inclination is to wait where possible, and only jump at either an outstanding deal or because that particular flight is really important to you.

But schedules will change, so if you book a flight for ten months from now, don’t assume that it will still operate exactly the same way. The options are going to be different.

Brett: Also, if there’s decent mileage availability and you see a flight you like, there’s not that much risk in booking it. Be sure what the rules are with your program, but worst case, you can get your miles re-deposited for a relatively small fee.

But you can’t book for most of next summer yet. The general rule of thumb is about 330 days in advance of travel—that’s when schedules open up. As Gary said, though, none of those are real schedules for the most part—they will change. 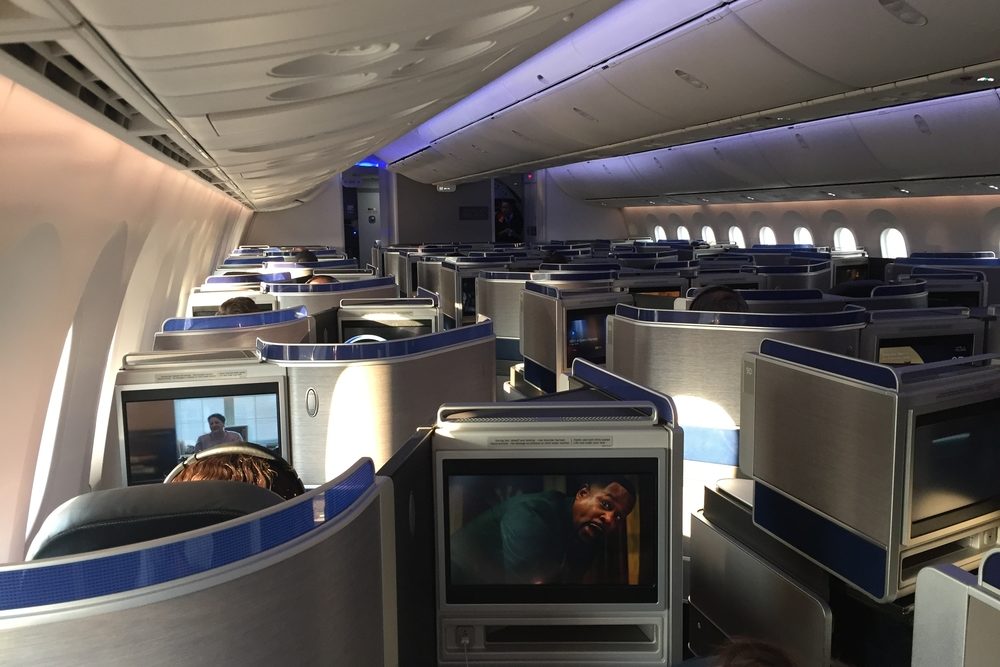 It is possible to choose an aircraft and seat location so as to mitigate your risk when you fly. Wendy shares her family's strategy from a recent flight. 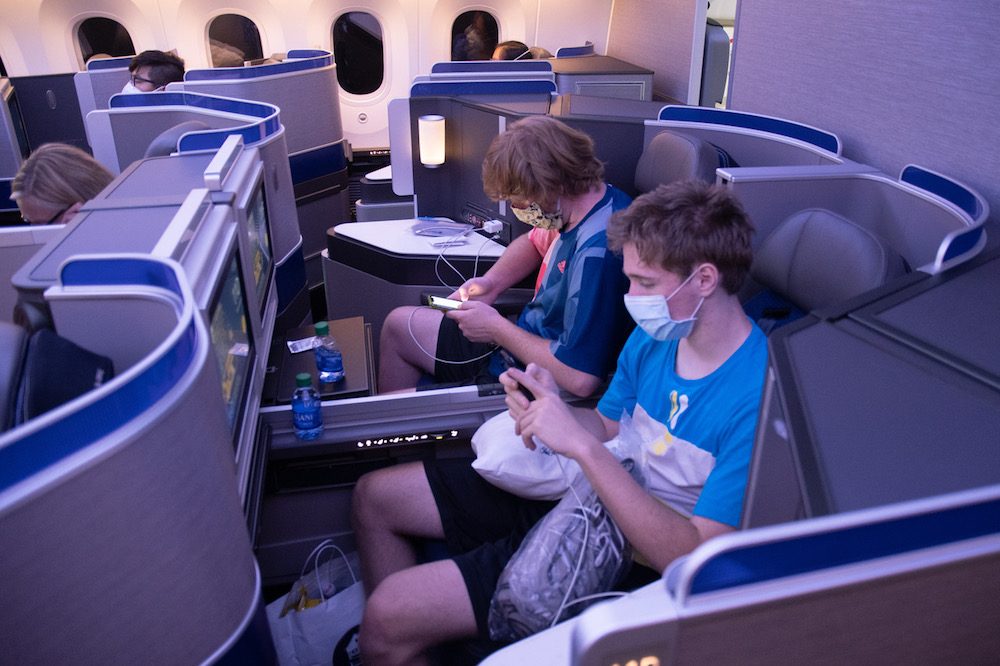 Is This Hotel Safe? Smart Things to Ask About Before Making Plans