How to Avoid Long Airport Security Lines This Summer 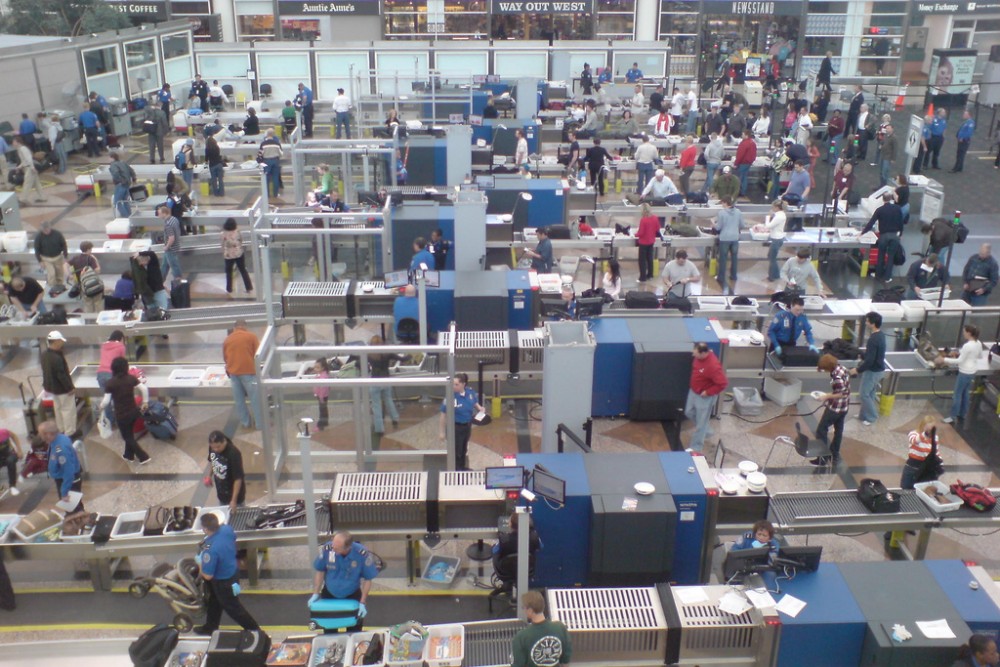 Airport security lines have grown absurdly long of late, thanks to more people traveling and fewer TSA workers. With the busy summer travel season upon us, the situation is likely to get worse before it gets better. Here’s how to minimize your time stuck in a TSA line on your next trip:

Find out if your airport terminal has more than one security checkpoint.

Many terminals do. Before leaving home, go to the airport’s website and pull up a map showing the security checkpoints. (This map, for instance, indicates where the three checkpoints are in Newark airport’s Terminal C; this one shows where they are for all five terminals at Dallas-Fort Worth.) At the airport, ask an official which checkpoint has the shortest line.

Available for free for iPhones and Android, this app gives you current security wait times at your airport, as reported by your fellow travelers. You can also view them here; just type in your airport code.

The bigger and busier your airport—e.g., J.F.K., Chicago (O’Hare), or Miami International—the earlier you’ll want to arrive, especially if you’re flying at a peak time.  At least two hours early for a domestic flight, and three hours early for international, may be a good rule of thumb for most airports. To keep your stress level down, you might consider arriving really early and buying a day pass to an airport lounge club (if the club is gate-side).

Avoid Friday late afternoon and early evening, for example, because that’s when business travelers returning from business trips are hitting the airport at the same time as leisure travelers leaving on vacation, creating security-line pile-ups. If you’re taking a long weekend, consider flying on a Saturday morning and returning Tuesday. (That’s also less expensive than a Thursday-to-Sunday long weekend.)

Enroll in TSA PreCheck or, even better, Global Entry.

TSA PreCheck admits you into a priority lane where you need not remove your shoes, liquids, or laptop. The $85 fee covers you for five years. For an extra $15, though, get Global Entry (the $100 fee also covers you for five years), which lets you skip the long customs line on your way back into the U.S. from an international trip, and which automatically gives you TSA PreCheck. Not every airport has PreCheck lanes or Global Entry kiosks, so check whether yours does.

Many travelers who have elite status with an airline can use the express lane at the security checkpoint. If you don’t have elite status, some airlines let you purchase access to the priority security lane on a one-time basis. United, for instance, lets you buy access at 68 airports worldwide (prices start at $15), and JetBlue lets you buy it at 62 airports.

Five Expensive Destinations That Will Be Cheaper in 2015