As the storm season approaches and we brace ourselves for the flight delays and cancellations due to occur, we have a choice: We can either grumble about the time we waste stuck in airports, or we can turn them into new destinations to explore. You’d be surprised how many boring U.S. hubs have spas, museums, pools, legendary local restaurants, even golf. So the next time you’re connecting in an airport you hate to connect in, make the most of it with these suggestions: 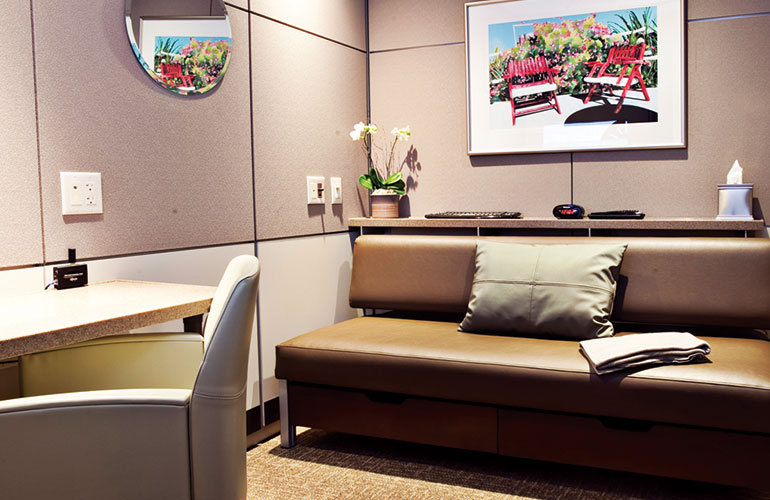 See: A 31-foot-long Yangchuanosaurus dinosaur skeleton stands in the central atrium, a few steps from the security station. It’s on loan from the Fernbank Museum of Natural History.

Sleep: Minute Suites offer five private, noise-neutralized rooms where you can nap for $34/hour (Concourse B, near Gate B16). 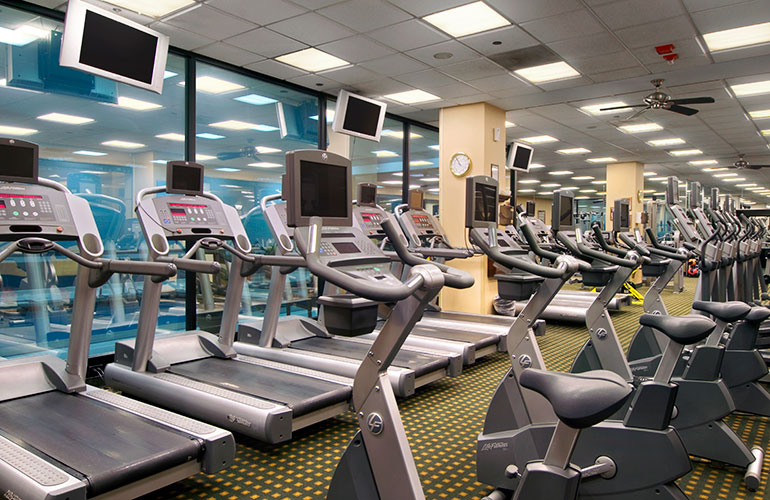 Exercise: The O’Hare Hilton sells day passes to its health club (with an indoor pool reopening August 15) for $20 (Terminal 1).

Eat: There are three outposts of local celebrity chef Rick Bayless’s Tortas Frontera, where you can order up hand-crafted tortas and fresh guacamole made from top-quality ingredients from nearby farms (Terminal 1, near Gate B11; Terminal 3, near Gate K4; Terminal 5, near Gate M12).

Play: Kids on the Fly is a huge children’s-museum-slash-playground where parents can accomplish their pre-flight mission: exhausting their offspring (Terminal 2). 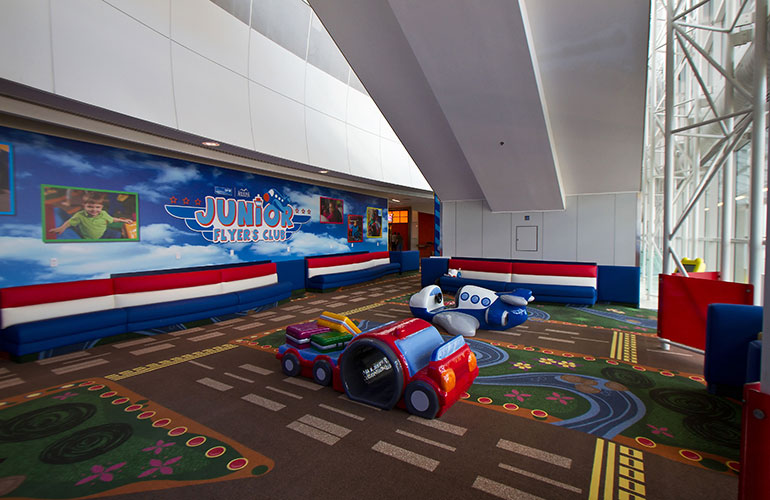 See: Founders’ Plaza has telescopes and an Observation Area where you can watch aircraft take off and land.

Play: Run your toddlers in one of three Junior Flyers Club playgrounds (the largest is in Terminal B at Gate 12).

Golf (yes, golf): The Bear Creek Golf Club is adjacent to the airport, just a five-minute cab ride away. Tee times are open to the public; you can even book online. 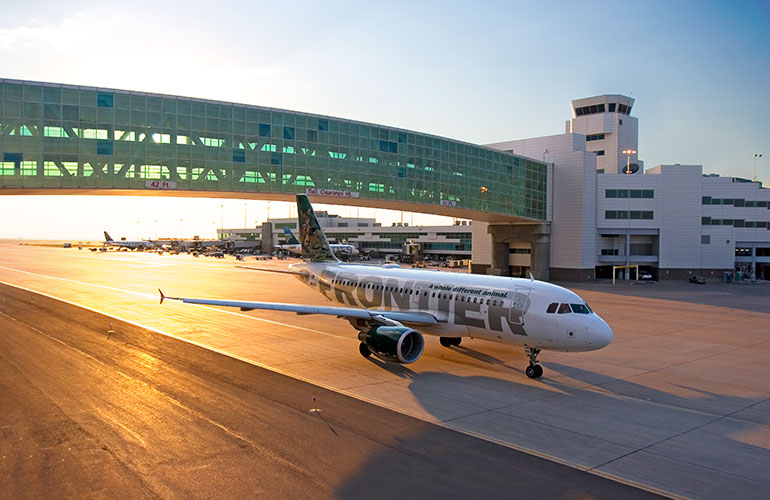 Marvel: The pedestrian bridge that connects the terminal with the concourse passes right over the tops of planes as they taxi. Look down and be awed by the giant flying machines.

Detoxify: Choose from a range of massages and treatments, starting at just 15 minutes long, at XpresSpa (Concourse C, Center Core). 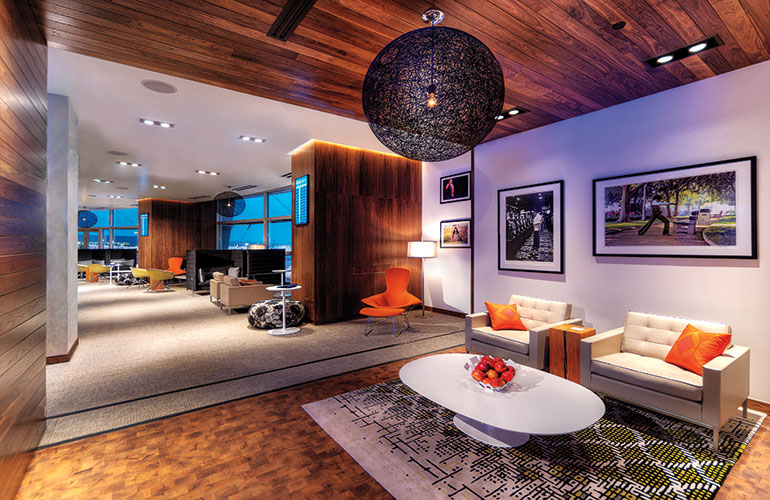 Relax: The Centurion Lounge offers showers, food, drink, Wi-Fi, and a family room to American Express cardholders for $50/day and to AmEx Platinum cardholders for free (Concourse D, opposite Gate D1). No AmEx card? Buy a day pass to The Club at LAS for $35 (Terminal 1, D Gates; Terminal 3, across from Gate E2).

The Larder at Tavern at LAX

Learn: Traveling with kids or model-aircraft nuts? The Flight Path Learning Center is a museum devoted to the history of aviation in SoCal (LAX Imperial Terminal; open Tues-Sat from 10-3; admission free).

Chill: There’s an XpresSpa in Terminal 5 as well as in the Tom Bradley International Terminal (between gates 154-156). 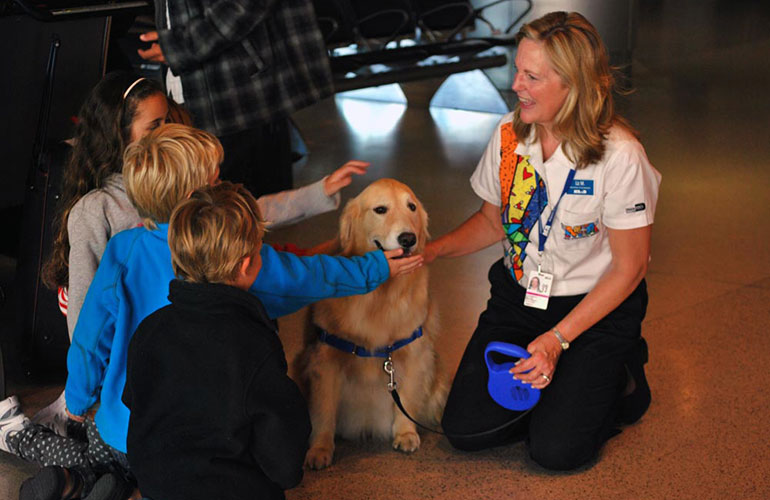 Drink: Grab a mojito with a panoramic view at Top of the Port, the rooftop bar and restaurant at the Miami International Airport Hotel (Terminal E).

Eat: Versailles, the Little Havana landmark that calls itself “The World’s Most Famous Cuban Restaurant,” has outposts in Terminal D.

Shop: It’s worth a stroll to the colorful Romero Britto concept store in Terminal D.

Snuggle: Casey, the therapy dog, is a trained golden retriever who wanders the airport delivering stress relief and smiles.

Golf: A 10-minute cab ride away, the Trump National Doral Miami’s golf course has tee times open to the public. 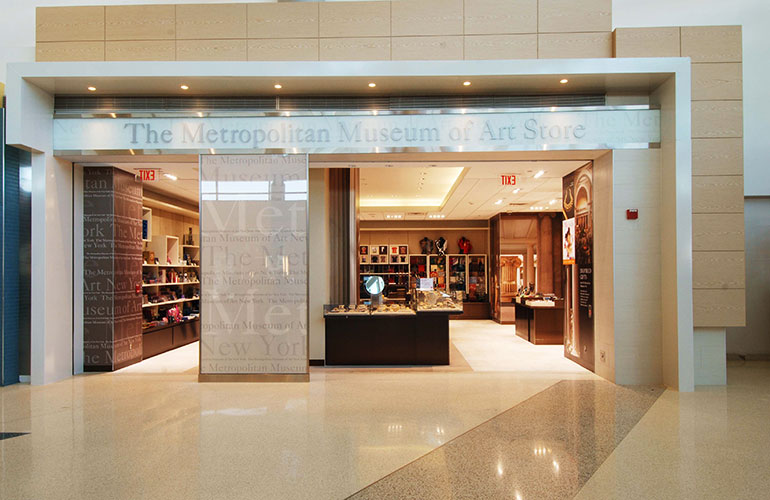 Ride: When my kids were smaller I could entertain them for hours simply riding the AirTrain from terminal to terminal. At sunset on clear nights the ride yields colorful views of the tarmac and the Manhattan skyline; keep your camera ready.

Shop: The Metropolitan Museum of Art Store is the go-to boutique for elegant yet affordable gifts (Terminal C). 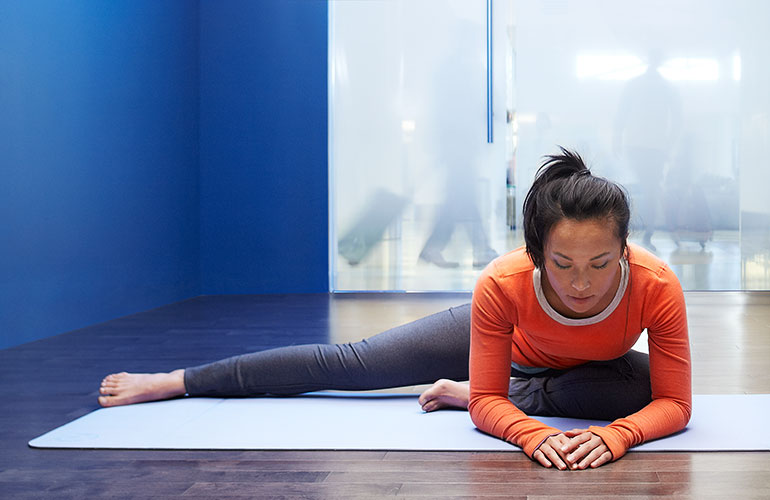 SFO’s Yoga Room, the first ever in an airport, lets you get in a good stretch before you board your flight.  Photo Courtesy San Francisco International Airport

See: There are serious art exhibitions throughout, as well as an Aviation Museum in the International Terminal dedicated to preserving the history of commercial flight.

Eat: My own kids can’t pass through SFO without steering me toward their favorite airport eatery, Fung Lum, for noodles, dim sum, and won ton soup (Terminals 1 and 3 food courts and International Terminal food court). 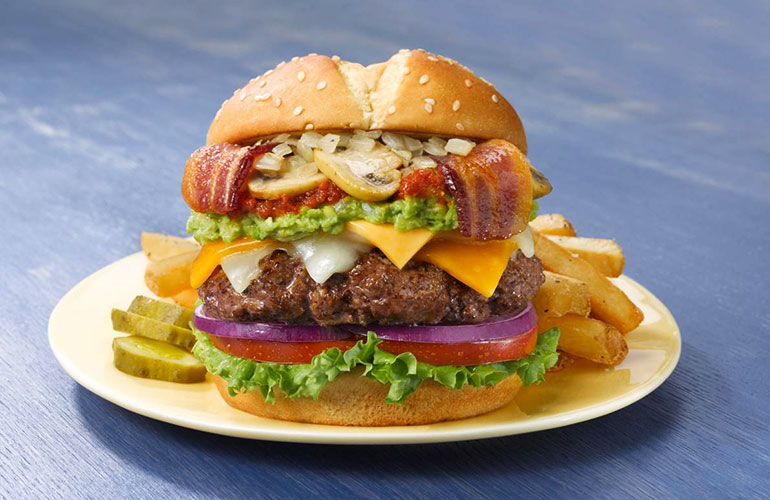 Shop: The Smithsonian Store is like a mini-trip to the various collections that comprise the Smithsonian, including the National Zoo (Terminal B, Gate B37).

Eat: Max & Erma’s serves up an outrageous selection of gourmet burgers, including the “garbage burger that started it all.” There’s even an All-You-Can-Eat Sundae Bar (B Concourse).

Marvel: Just south of the airport sits a massive and thrilling branch of the Smithsonian National Air and Space Museum, the Steven F. Udvar-Hazy Center, where you can easily spend a day ogling everything from vintage aircraft to the Enola Gay to the space shuttle. You can reach the museum in about ten minutes either by cab or by the new direct bus service from the airport which starts July 26 (bus fare $1.75 each way). Forget that ice cream sundae and just go!

What’s your favorite U.S. airport find? Share it with us!