George Hobica accomplishes two things that mean a lot to me as a traveler and as a journalist: First, the website he founded, Airfarewatchdog.com, solves one of the most frustrating challenges of travel by offering customizable low-fare alerts for any route you choose. Second, his own high standards as a longtime reporter mean you can rely on the intel sourced by his entire team, whether they’re relentlessly hunting down the best deals or delivering travel news. But George isn’t one to rest on his laurels. Recently, Airfarewatchdog (which, full disclosure, is owned by TripAdvisor, where I am Travel Advocate) ventured into new territory, launching a beta version of a hotel-deal-finding feature. We’ll be watching closely to see how that develops. In the meantime, we asked George a few revealing questions about his own travel experiences and about some valuable tips and strategies we can all use.

Most memorable travel moment:
When I first started travel writing, I was a last-minute replacement on a press trip to Bangkok with two very seasoned and grumpy (and rather cynical) travel pros, who wondered who this interloper was. We were staying at the famed Oriental Hotel and my floor attendant couldn’t have been nicer, so we really hit it off. Just before check-out, he presented me with a handwritten thank-you note and a small gift—a pair of silk shoe bags, which I still own. On the way back to the airport, thinking that his gesture was one of those things that hotels tell their employees to do to impress visiting travel writers, I remarked to my colleagues, who also had the same floor attendant, “Wasn’t that a nice gift and note?” One of them snapped, “What gift? What note?”

Most embarrassing travel moment:
When I was 18 and on my very first cruise, I was discovered by the fire department in a storage room on board the Queen Elizabeth 2, while making out with a crew member who had earlier invited me down below for a drink in the crew bar. There was no fire, and I can only speculate as to why the alarm was sounded soon after we began snogging. True story. I blush.

Name one thing people would be surprised to find in your travel bag.
My goose-down travel pillow. I never go anywhere without it. If I could only bring one thing when I travel, that would be it.

Touristy spot that’s actually worth it, and the trick to doing it right:
Venice. Just go in the off-season, even in winter.

Non-touristy spot people might not know about (or thought much about visiting) but should add to their must-visit list:
Lanai. Many visitors to Hawaii give it a miss, but the two Four Seasons resorts there are worth the trip.

Name two indispensable apps you use when you travel:
I fly a lot on British Airways and American Airlines, and their apps are the last two I’d delete from my iPhone. They both offer a high level of functionality and cool features.

The travel gadget or gear that has saved your life…or your mind:
The second thing I’d never leave home without is my Bose noise-cancelling headphones. They drown out jet and wind noise and crying babies, and reducing noise helps you relax during flight. In fact, one morning on the way to JFK I discovered I’d left them at home and told the taxi to return so I could grab them.

Choose any two travel-world bloggers and tell us the most important thing you’ve learned from each.
I’m not just saying this because this is being posted on WendyPerrin.com, but with whom else would I begin but Wendy Perrin? I learned from her many things, including the importance of putting yourself in the hands of expert travel agents to plan out-of-the-ordinary trips. I also learn a lot of insider stuff from Peter Greenberg’s blog.

Name one way the travel industry can do better.
As an airfare guy, I’d love to see an airfare search engine that allowed you to plug in a departure date and a return date and then spit back 50 or 100 of the cheapest destinations for just those dates. Southwest experimented with this for a few days last year and then quickly killed it.

Look into the future and describe one aspect of travel, or the travel industry, that you think will be different in 20 years:
I think that eventually we will see an end to the archaic laws that prevent true globalization of the airline industry. If Fiat can buy 100% of Chrysler, why can’t Singapore Airlines, if it wished, buy 100% of Delta? Current laws restrict ownership to a minority interest. I also think in 20 or 25 years we will see something like Star Alliance Airways or Sky Team Airlines—in other words, true global airlines that can fly anywhere they wish and combine with anyone they wish.

Most effective thing you’ve ever said or done to get an upgrade or a special perk while traveling:
This doesn’t work very often, but one day I was in the United lounge at JFK waiting for my flight, and I heard my name paged. That day, as most times I fly, I was well dressed—on this occasion, a dark suit, tie, and nice shoes. I have never had status on United (and still don’t) but they upgraded me to first class. Everyone else in the lounge was in the usual attire—jeans, dirty sneakers, some gym shorts and tank tops. I’m well aware that computer programs assign upgrades by frequent flyer status automatically, so who knows—I suppose an airline employee can fiddle with a computer if they wish. I certainly didn’t question the reason. Anyway, it certainly never hurts to dress respectfully while flying.

To make friends, I always carry…
Pens for the flight attendants. Want to make your flight attendant smile? Hand out some Uni-ball Vision Elite pens (they don’t leak in pressurized cabins).

Underrated:
Talking to strangers on planes is underrated.

If you were in my car during a road trip, you’d hear me singing…
“Me and You and a Dog named Boo” by Lobo. “Traveling and livin’ off the land.” The corniest road trip track ever.

The airplane movie that, unexpectedly, made me bawl was…
The Kite Runner, among many others. I will never watch that movie in flight again. Too embarrassing!

When I travel, I’m not afraid of…
crashing

…but I am afraid of…
the middle seat in economy class. I’m platinum on American and at my age and size, flying eight hours in an economy class seat is eight hours of squirming, slouching, shifting and just trying in vain to find a comfortable position. 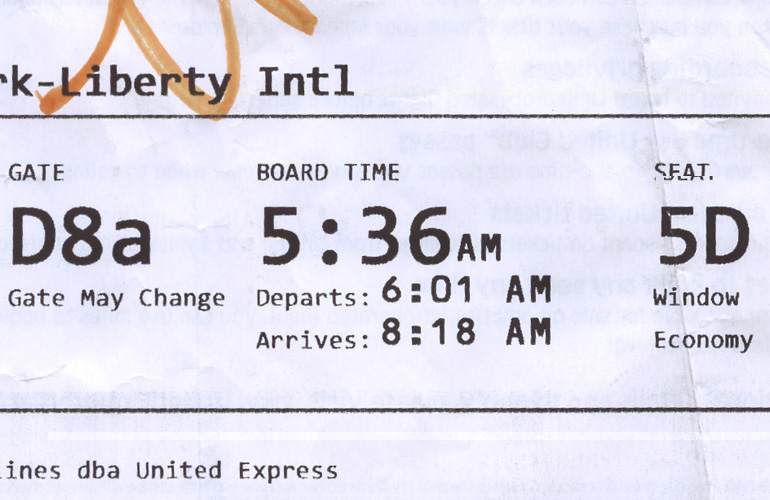 How do you decide whether the inconvenience and sleep deprivation are worth the savings of an early or late flight?

How to Reserve Airline Tickets for Up to Three Weeks 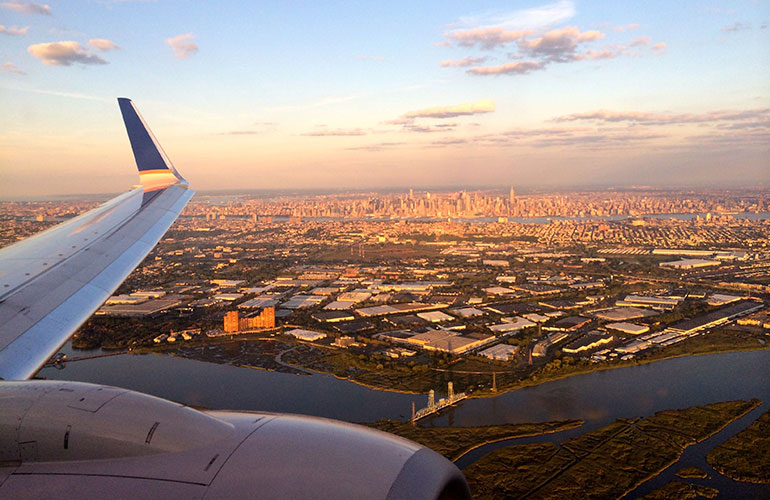 When you see a great airline tickets, but aren't ready to buy, Options Away lets you lock in the fare for up to three weeks.