Where to Travel in 2015: 10 Up-and-Coming Destinations 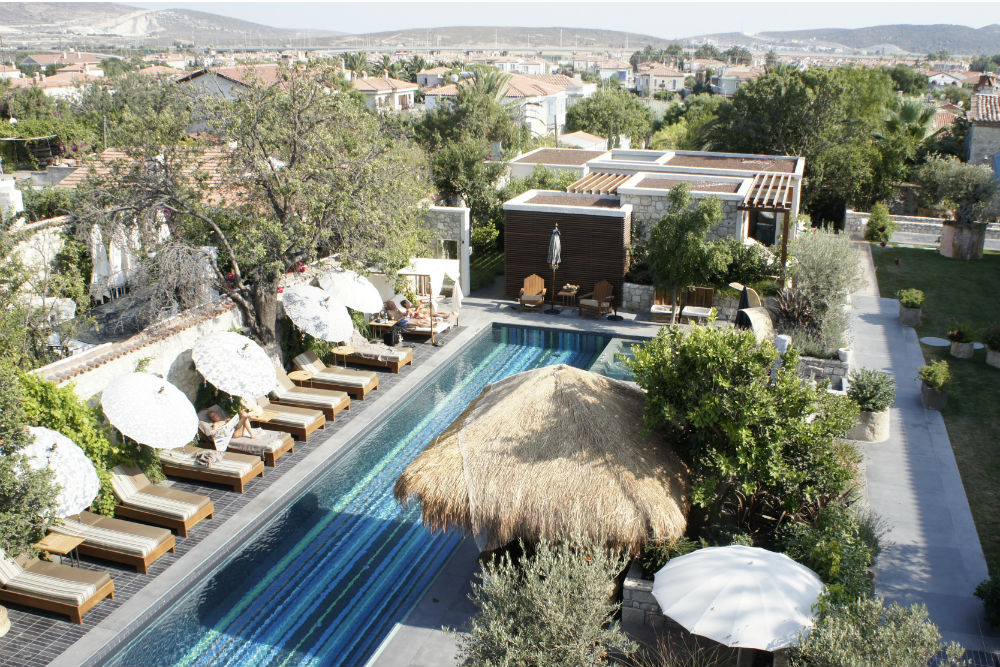 Figuring out your next great trip is one of the best problems anyone could have: The world is big, and the possibilities seem limitless. To help you decide, we went straight to the sources: the travel experts who live and work in the most interesting places around the world. Whether your goal is to immerse yourself in history, indulge in food and drink, or lie on a beach, these are the up-and-coming hot spots to do it in next year.

Porto Heli is a small seaside village where many Athenians have their summer houses. Thanks to a combo of serene views (beautiful beaches line stunning blue waters) and a cosmopolitan sensibility (luxe private yachts fill the marina and upscale hot spot Spetses is ten minutes away), the town is gaining a lot of attention. Situated on the eastern part of the Peloponnese peninsula, it can be easily reached either by sea (two hours by hydrofoil from Piraeus harbor) or by land (two and a half hour drive from Athens). Once there, two new luxury properties—the Aman Amanzo’e and the Nikki Beach Resort & Spa—are catering to those without summer homes.

To plan a trip, Ask Wendy.

Fez is the long overlooked sister to Marrakech. It has long been the heart of Moroccan culture, and always a traditional and conservative city, but it’s now becoming hip and chic due to a startling new infusion of energy. On the way for Fez: a new airport (set to open in spring 2015) with flights coming in from major European cities. Already there: The new five-star Sahrai Hotel and Karawan Riad. Food is in the spotlight there as well, thanks to a chef-in-residence program at Restaurant Numero 7, which will feature kitchen stars from around the world throughout 2015.

To plan a trip, Ask Wendy.

Twenty years ago you could not find one decent boutique or five-star hotel in Tel Aviv, nor could you get a decent meal other than hummus and falafel. That has all changed. The Tel Aviv area now boasts five-star and boutique hotels along the Mediterranean shoreline, celeb-chef restaurants for every taste, world-class museums, and vibrant nightlife (including a lively LBGT scene, especially during Pride). The newest and hippest neighborhood in Tel Aviv is actually one of the oldest: Sarona. Founded in 1870 by German Evangelical Christians and abandoned in 1939, this restored 19th-century neighborhood is now lined with boutique shops, bars and restaurants of the moment. On the hotel front, two new buzzy additions are The Norman, a hotel in a pre-Bauhaus 1920s building, and The Market House in Jaffa’s ancient surroundings.

To plan a trip, get in touch with our Trusted Travel Expert Joe Yudin.

Foodies should look beyond Catalonia’s El Celler de Can Roca this year and put Madrid on their must-eat list. Five of the city’s restaurants were awarded their first Michelin stars this year, bringing the number of starred eateries to eight. Mohawk-wearing, multi-pierced chef David Muñoz is often thought of as the inspiration behind Madrid’s new edgy flavor, with his eccentric Spanish-meets-Asian eatery DiverXo (and its three Michelin stars), but now he has plenty of company. Two new food markets are catering to hungry crowds: Platea, a collection of tapas restaurants in an old cinema space, and the three-floor Mercado de San Ildefonso, filled with food stands. Even the new five-star Hotel Urso is getting in on the act: Its pop-up restaurant, The Table, invites up-and-coming chefs from around the world to show off their kitchen skills for a few weeks at a time.

To plan a trip, get in touch with our Trusted Travel Expert Virginia Irurita.

A few years ago Myanmar emerged from five decades of political oppression to welcome tourism—and this has boosted interest in exploring the rivers of Southeast Asia. On the banks of Myanmar’s Ayeyarwady River, the Bagan Archeological Zone features an impressive concentration of more than 2,000 pagodas and temples. Along the Mekong River in Vietnam and Cambodia, travelers can experience traditional villages and bustling cities, as well as Angkor Wat. With the boom in luxury cruise itineraries and the introduction of intimate modern riverboats—such as the Orcaella (sailing Myanmar’s Ayeyarwady River), the Sanctuary Ananda (custom-built for the Ayeyarwady using traditional materials), the Aqua Mekong (five-star luxury and one-Michelin-starred food along the Mekong River), and the Jahan (exploring Vietnam and Cambodia in the company of National Geographic experts)—travelers no longer have to be on the backpacker circuit to explore these lesser-known corners of Southeast Asia.

To plan a trip, get in touch with our Trusted Travel Expert Ashton Palmer.

Alacati is a quaint, small town on Turkey’s Aegean Coast, and it’s still more popular with locals than with tourists. Wander among the narrow streets and stone houses, shop the markets and boutiques, hit the cafés and restaurants…and if you want beaches, Alacati has that covered too: The shoreline here is some of the most beautiful in Turkey. The new Alavya hotel—a collection of six unique houses situated around a small modern pool and a swatch of lawn—completes the destination.

To plan a trip, get in touch with our Trusted Travel Expert Karen Fedorko Sefer.

Located along the Silk Road in northeastern Uzbekistan, Samarkand has a history that goes back more than 2,000 years. UNESCO has recognized it as a crossroads of culture, the site of the 7th-century BC city of Afrosiab, an 8th-century mosque, a medieval city from the 14th century, and more. Registan mosque and its surrounding square are the city’s most iconic monuments, but certainly not the only draw. Though there are many archaeological treasures here, a bustling modern city surrounds the historical center. There’s now a high-speed train and frequent flights from Tashkent, plus many new restaurants and hotels.

To plan a trip, get in touch with our Trusted Travel Expert Zulya Rajabova.

Multigenerational family travel is not a new trend, but the types of destinations that families are traveling to continue to shift and surprise us (even wine country can be kid-friendly). Tortuguero National Park in Costa Rica is one of those places, and despite its remote location (you must travel to the region by boat or light aircraft), the number of travelers heading there has skyrocketed lately. One possible explanation: This particular spot provides an unusual combo of seclusion…and Internet access! Kids may be happy kayaking down the creek, but they’ll be even happier when they tell their friends about it.

To plan a trip, get in touch with Priscilla Jiminez, one of Wendy’s Trusted Travel Experts for Costa Rica.

Canberra is often overlooked as a city of politicians and school excursions, but it is fast emerging as a colorful tourism destination. In October it was named the best city in the world to live in—in a report by the Organization for Economic Cooperation and Development—and a variety of hip and quirky openings have made Australia’s capital city seem cool again. Ovolo Nishi is a design-centric collaboration between artists, creative firms, and makers. Both the QT Canberra and the Peppers Gallery were updated and renovated into boutique-style properties this year. On the food front, Peppers has a locally acclaimed restaurant (along with about nine other city spots recently identified as buzzworthy by The Sydney Morning Herald Good Food Guide), and there are 33 wineries within a 35-minute drive of the city. Neighborhoods are being revitalized left and right, from the arty New Acton district to the hipster haven of Lonsdale Street, lined with bars and restaurants. And several new attractions have arrived recently: the National Arboretum, the National Gallery of Australia, and the Centenary Trail, which winds through Canberra’s urban and rural landscapes.

To plan a trip, get in touch with our Trusted Travel Expert Stuart Rigg.

Until recently, Zimbabwe was perceived as unsafe: Political and economic troubles made tourists think twice. But Zim is back. It’s safe for travelers (not to mention less expensive than neighboring countries), and the place to visit is Hwange National Park, one of the most renowned wildlife areas in Africa. Home to the country’s largest population of elephants and more than 100 species of mammals, it’s also the site of a fabulous new camp scheduled to open in May 2015. Linkwasha Camp—comprised of just seven luxury tents overlooking an active waterhole— will be situated close to the Ngamo Plains, an area known for fantastic game viewing, which you can experience up close, day or night, with private guides.

To plan a trip, get in touch with our Trusted Travel Expert Cherri Briggs.

The Time to Go to Paros is Now

What Made Uzbekistan Special

WOW Moment: A Fjord of One’s Own

Photo Tour of the 9/11 Memorial Museum

Where to Go in March: The Best Places to Travel