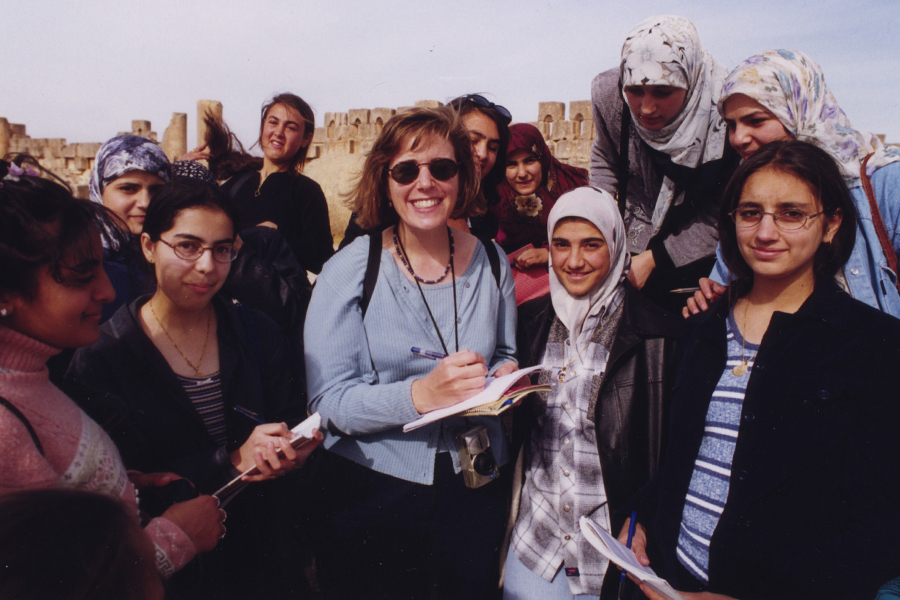 Wendy making friends at the ancient Phoenician city of Baalbek in Lebanon.

Did you see that Dictionary.com named “xenophobia” its 2016 Word of the Year?  Defined as “fear or hatred of foreigners, people from different cultures, or strangers,” xenophobia has been resonating deeply in the cultural consciousness lately.

How sad. As you can imagine, I’m a strong believer in the enlightenment that comes from traveling to foreign countries, meeting different peoples, and learning first-hand about their culture. I also believe xenophobia can be more harmful than the people it makes you afraid of. There’s danger in not leaving your comfort zone. To quote Paulo Coelho, “If you think adventure is dangerous, try routine—it’s lethal.” And you can argue that certain risks are greater where we live: I’m more afraid of people wielding guns at home than in the places I travel to (the U.S. has more guns per capita than any other nation).

So this Word-of-the-Year news had me down…until I realized there’s a silver lining:  If xenophobia actually leads to a wider reluctance to travel, it will be the stereotypical “ugly Americans” who stay home. And that’s not so bad for us diehard travelers. It’s always been my experience that the fewer tourists in a destination, the more welcoming the locals are, the easier it is to talk to them, and the more goodwill they show you. I’m more than happy to travel without running into crowds of Americans in fanny packs and shiny white sneakers. I’m thrilled to have iconic sights to myself and not have my photos marred by busloads of cruisegoers from megaships. And the fewer Americans filling flights and hotels, the better the deals for the rest of us.

When I’m in remote locales, I don’t want to hear Americans saying how much better something is at home. I don’t want to hear, “I had to haggle with a guy to buy this” (do the math, and you’ll see that you were bargaining in increments less than a dollar). I don’t want to hear complaints that there’s not enough ice or air conditioning or whatever drink you’re used to at home. I remember once when I was in Egypt—on the terrace of the Old Cataract Hotel in Aswan overlooking the Nile—my husband ordered a Coke and I ordered a Diet Coke. The waiter brought a 16-ounce Coke for my husband and an 8-ounce Coke for me. It took us a minute to understand the logic, but we’ve been laughing about it ever since. That was a beautiful travel moment.

So, my dear xenophobes, if you prefer to stay in your bubble, I’m more than happy to do your traveling for you and serve as an ambassador for our country. I’m happy to drink tea in a bedouin tent while my children play soccer with the local kids. I’m happy to travel to rural Asia armed with pencils and postcards from home. Give a child a postcard of the place where you live and, before you know it, his mom is inviting you inside the place where they live—no fear of strangers involved.

The number of truly different places to travel to in this world is shrinking. The influences of global commerce, Hollywood, and the Internet are quickly making foreign countries more similar to ours than some of us want to admit. That’s why I think it’s important to see these places soon. I’m thrilled that countries still exist where we can say—to quote John Cleese as he sat behind his Monty Python news anchor desk—“And now for something completely different.”

So that’s how I came to terms with xenophobia. Now I just need to get past “post-truth.” That’s another 2016 Word of the Year—the one chosen by Oxford English Dictionaries.  I’m a journalist who has always stood for truth (first as a columnist at Condé Nast Traveler, where “Truth in Travel” was our credo, and now at WendyPerrin.com, where I continue that mantra). So imagine how concerned I am that murky facts and fake news have grown so prevalent that a word had to be invented to describe them.  We may be living in a post-truth era, but I, for one, feel more obligated than ever to share accurate portrayals of the world we travel in and bring truth home to our fellow citizens. How about you? 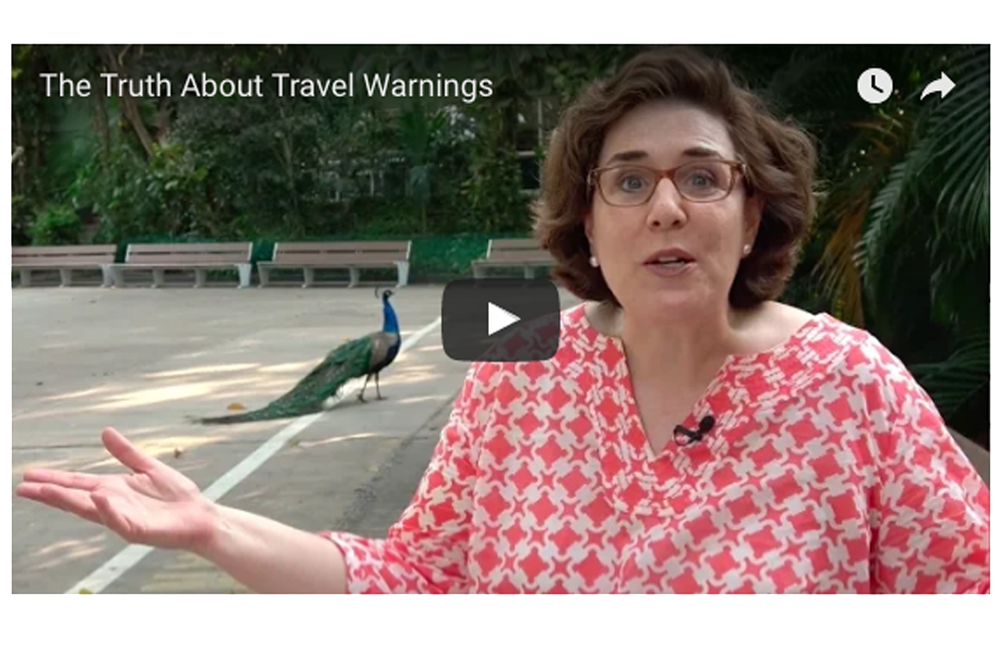 One of the biggest mistakes I see travelers make is to unnecessarily cancel a trip because they've misconstrued a U.S. State Department travel advisory.

5 Reasons to Sleep in a Museum