One of the biggest mistakes I see travelers make, over and over, is to unnecessarily cancel a trip or rule out a country because they’ve misconstrued a U.S. State Department travel advisory. A Travel Alert does not mean don’t go. And sometimes that’s true for Travel Warnings too. Right now there are Travel Warnings for 45 countries, ranging from war zones that should be avoided (e.g., Syria) to places that millions of people travel to safely every year for blissful relaxation (e.g., Mexico).

Last week, the U.S. State Department updated its Travel Warning for Mexico. According to State Department officials, this was a routine update. Still, the info that crime has increased in 2017 in areas including the states of Quintana Roo (where Cancun, Tulum, and Playa del Carmen are) and Baja California Sur (where Los Cabos is) is making the travel news rounds.

The reality is that most of the conflicts have been between rival criminal organizations and have not involved travelers. The Travel Warning acknowledges this, stating: “There is no evidence that criminal organizations have targeted U.S. citizens based on their nationality. Resort areas and tourist destinations in Mexico generally do not see the level of drug-related violence and crime that are reported in the border region or in areas along major trafficking routes.”

At Journey Mexico, the trip-planning company run by Zach Rabinor, the Trusted Travel Expert for Mexico on my WOW List, the staff has offered an in-depth explanation based on their first-hand, on-the-ground experience. They write, “It is important to note that, again, these conflicts and any related violence have not and are not targeting holiday travelers.  There has been no violence against tourists within hotels or resorts or traveling to or from any of the main tourist attractions in the area.” They also remind travelers that “Many areas of Mexico, such as the popular state of Yucatan and city of Merida, and throughout the Central Highlands in destinations such as San Miguel de Allende and Mexico City, have no travel warnings at all.”

Yes, you should be careful, but you should also keep these warnings in perspective.

Most countries are a lot like the one where you live: safer in some parts, unsafe in others. Just because Mexico has dangerous parts (e.g., border areas), it doesn’t mean you should avoid others that are hundreds of miles away. I took my own staff to Playa del Carmen in January of this year to host a summit with my WOW List travel specialists from all over the world, and we all felt safe the entire time. Would you avoid Beverly Hills because of terrorist shootings in San Bernardino (which is only an hour away)?

This video will help you quickly understand and act upon travel advisories. I shot it last year when I was in another country for which there is a Travel Warning but which tens of thousands of tourists visit safely each year. Can you guess where? Here’s a clue: 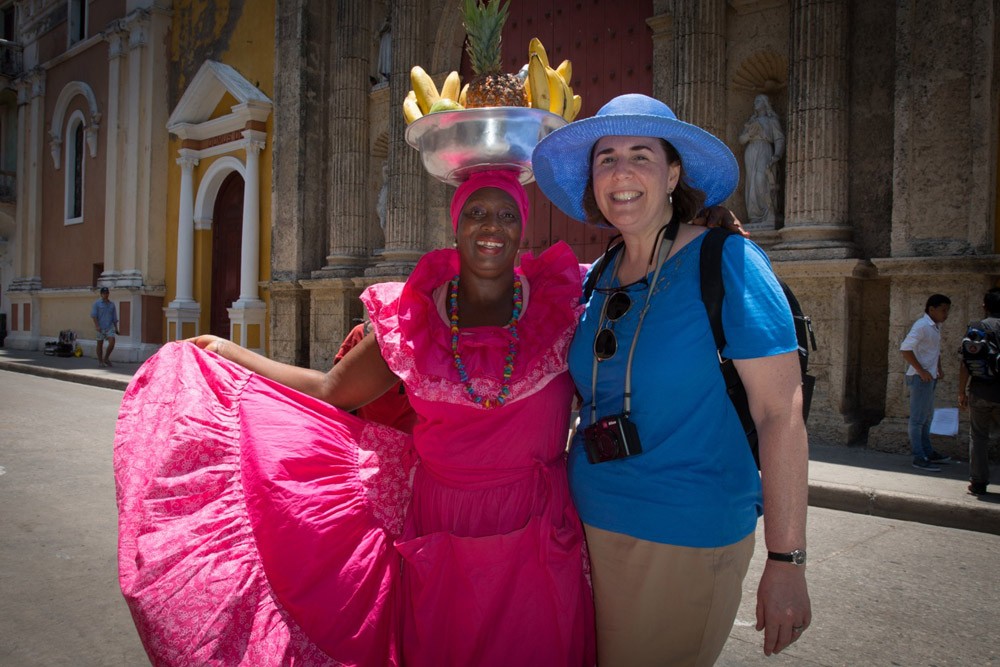 Wendy and a new friend.

Transparency disclosure: Our sponsor, MedjetAssist, provided the financial support that made it possible to bring you these travel tips.

As you weigh your options about where it's safe to travel, here are misperceptions not to fall prey to.