What to Know About Europe’s Christmas Markets in 2022 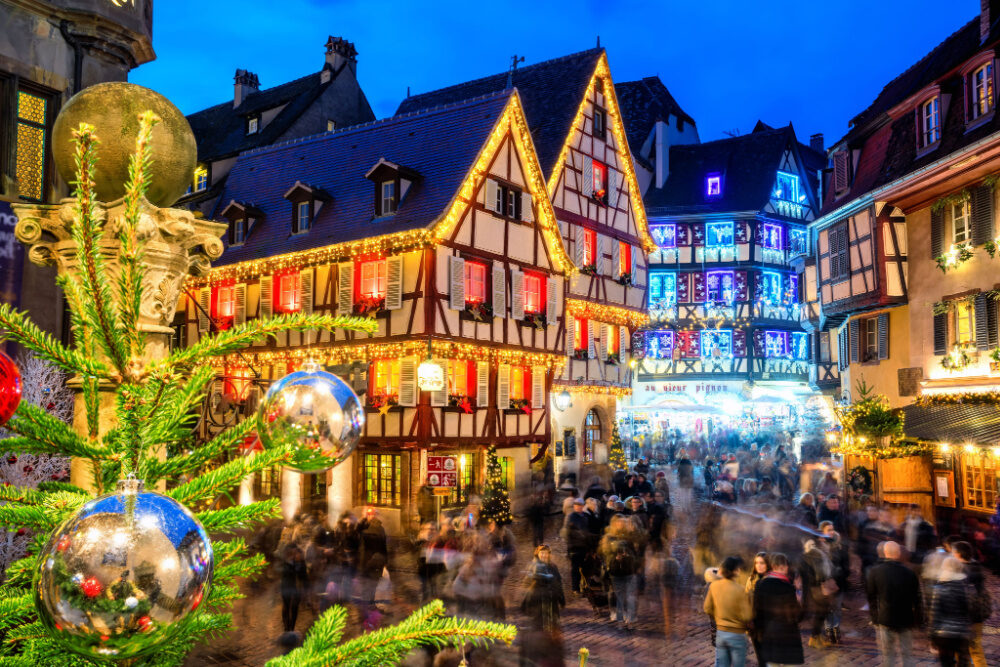 After closures due to Covid the past two holiday seasons, most of Europe’s Christmas markets are finally expected to fully open again this year. These festive traditions are one of the best reasons to go to Europe in winter: You can see cities and villages illuminated for the holidays and fill your evenings with charming street scenes: stalls where artisans sell handmade local crafts, open-air choral concerts, ice skating and rides for kids, and a huge variety of piping hot street food, from local delicacies to hearty winter comfort fare and endless mulled wine.

Another advantage of Europe in the late fall or winter is lower airfares and hotel rates than you’ll find in the spring, summer, and early fall.  While the weekends of Christmas and New Year’s can be crowded (especially with locals), November, Thanksgiving break, early December, and early January deliver low-season value.

Some of the most iconic Christmas markets are in Austria (Vienna, Salzburg, Innsbruck, St. Wolfgang), Germany (Munich, Nuremberg, Regensburg, Berlin), and France (Strasbourg, Colmar, Reims), as well as Budapest, Prague, and Krakow.

Here’s how to make the most of them this holiday season.

Many European Christmas markets are running longer this year than they have in the past.  This means you can plan your trip to avoid the worst of the crowds and air-travel hassle, while still getting an undiminished dose of all that holiday cheer and charm.

Mix the bigger city markets with lesser-known ones in small villages.

Every country has its big-hit Christmas markets in major cities, but the holiday spirit can be especially charming in areas you might not have considered during the winter. In France, the biggest and most famous Christmas market is in Strasbourg, but you could combine that with Metz or with smaller markets in Provence or Champagne, suggests Jennifer Virgilio, a WOW List specialist for France.

Or you could make Colmar your base and visit smaller markets from there, such as Turckheim and Kayserberg, advises Philip Haslett, another WOW List specialist for France.

Combine more than one region for different experiences and flavors.

Nothing is really that far apart in Europe, and the train network makes for easy, quick travel. So take advantage of that proximity by combining a couple of regions into a mini-Christmas-market crawl, with stops along the way to enjoy Europe’s other delights.

“I like to do a Christmas market road trip and start in Paris, then to Reims which is easily reached—and a bit of Champagne is never a bad idea!” says Philip. “From there you can take a high-speed train to Strasbourg, which takes about 1h20; and after Strasbourg on to Colmar, 30 minutes by train or an hour by car, but with some lovely stops on the way for wine tasting and a visit to the iconic Haut-Koenigsbourg Castle.”

Last year Philip planned a Christmas-week road trip for WendyPerrin.com reader Margaret Harvey, who reported back to us:

“We started off in Geneva, Switzerland, where we kicked off our trip with a Christmas market that was across the street from our hotel. Our next stop was Gstaad, which felt like a winter wonderland. After that we drove to Chamonix, where we stayed in what was my husband’s dream spot at the top of Mount Blanc. It was truly something, we had to take the most charming red train to get to our hotel. The stars there were unlike we had ever seen. After Chamonix we drove to Fossano, Italy, where we visited a castle and stayed in a suite that felt as if we were in an old Italian romance novel. Next, we went to Monte Carlo, where our hotel key gave us access to the Monte Carlo Country Club. My husband is an avid tennis fan and this was really special for us. We stayed on the top floor and had the most incredible view of the city and water. Following Monte Carlo we went to St Paul de Vence, where we relaxed in a spa hotel with a Mediterranean influence. Next was Aix in Provence, where we stayed at a dreamy chateau. After that we went to Avignon, where we stayed across from the Pope’s Palace. We ended our trip in Paris on New Year’s Eve.”

“Jennifer arranged for a rental car, all hotels and recommended events and restaurants as we drove from Paris to Strasbourg, Colmar, Dijon, Burgundy and back to Paris. Each hotel chosen was extremely well located. There wasn’t a hotel that we would not go back to. We thoroughly enjoyed all of the Christmas markets, especially in a small town called Kayserberg, near Colmar.”

Book through a local fixer who can monitor the situation on the ground and rearrange your plans if necessary.

There’s always the possibility that a market could close or that any of many other speedbumps that have affected travelers over the past couple of years could crop up and impact your trip. “Plenty of markets have said that they’re opening and have already listed dates and times,” says Gwen. “But it’s important to be flexible and ready to make changes if/when something happens.” Last year, when Christmas markets in Vienna, Munich, and Salzburg closed at the last minute because of Covid, Gwen rescued reader Sarah Wade’s trip, sending her to Budapest, Warsaw, and Krakow instead. Sarah’s report:

“Our original plan had us going to Munich, Salzburg, and Vienna for 9 nights in early December 2021.  As we approached the time to depart we began to get notices from Gwen that one by one each city was cancelling the Christmas markets, and eventually Austria closed down entirely. Gwen’s team was on top of it each step of the way. They offered us alternatives, and we settled on an itinerary of Warsaw, Krakow, and Budapest.

Our three city choices were great. Some highlights:
*the gingerbread cookie baking class in Warsaw was wonderful.
*In Krakow our tour of Auschwitz-Birkenau was so moving and impactful. Our guide was incredible and we were so fortunate to have him explain the history of this terrible place to us. We found out that our guide’s father was a survivor of Auschwitz and it was humbling to have him share with us. Guides really do make or break tours.
*A private ornament-making session with a renowned hand-painted ornament business. They were even so sweet as to bake us an apple cake and our guide along with the owner sang us traditional Polish Christmas carols as we decorated our ornaments and the snow fell outside. Quite the experience!
*A fantastic meal at the beautiful castle restaurant in Egar with Hungarian wines paired to our various courses – the best meal of the trip!
*A private boat on the Danube to see the lights of nighttime Budapest.

I appreciated Gwen’s team being willing to make changes for us as we moved through the itinerary. Even though this was not the trip we had originally planned, we ended up with a trip that we all enjoyed. It was such a relief to know the logistics were handled and we had someone on call, should anything change or become difficult.”

If you’re thinking about a Christmas markets river cruise, watch the water levels in the Danube and the Rhine.

This year’s Christmas market cruises are nearly full, despite the extensive drought last summer that caused so many challenges, says Tom Baker, a WOW List river-cruise specialist. Low river levels forced a number of ships to change their itineraries, dock far from the planned port city, or move passengers to different vessels or to busses for making the journey on land.  While operations on the Danube have picked up in recent weeks, Tom reports, “the Rhine is still in bad shape, with vendors switching out guests to sister ships to make the navigational points.” The forecast for late fall and winter is not clear yet, so watch water levels or consider waiting until 2024.  Tom’s personal favorite holiday itineraries: “The Danube when it operates as Vienna, Salzburg, Passau, Regensburg, and Nuremburg—they have marvelous Christmas markets as well as vast cultural enchantment. Budapest markets are not as exciting, but the city is incredible and not to be missed. I also love the Alsatian Christmas Markets on the Rhine in Germany and France!”

These travelers are in European Christmas Markets now 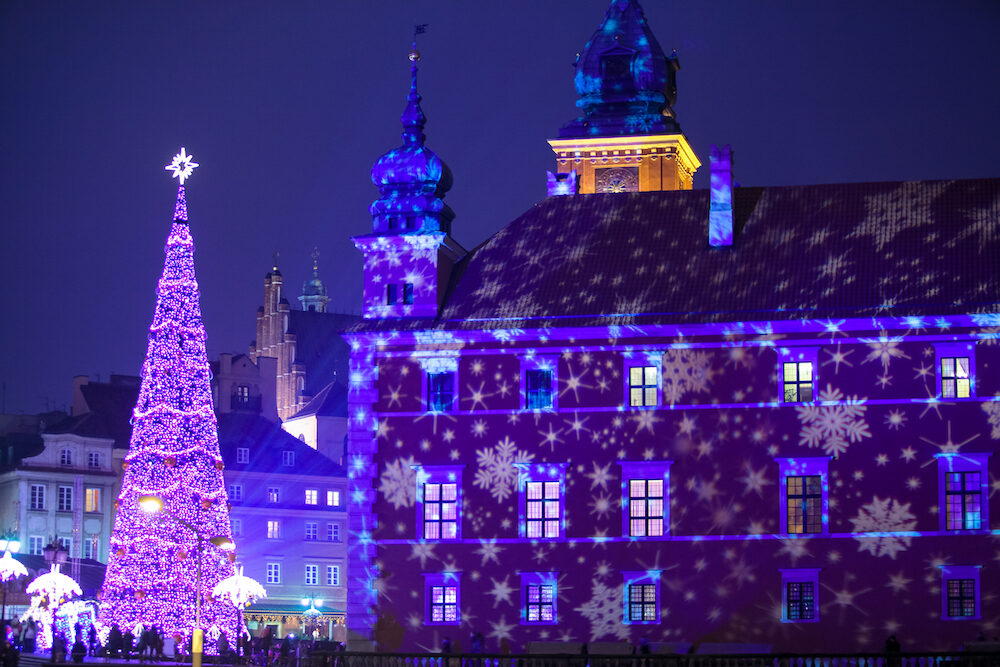 We’re interviewing our travelers while they’re on the road overseas to talk about what Covid-era issues came up and how they overcame them. 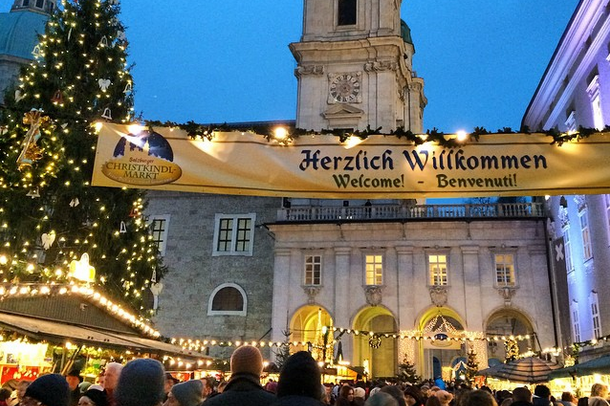