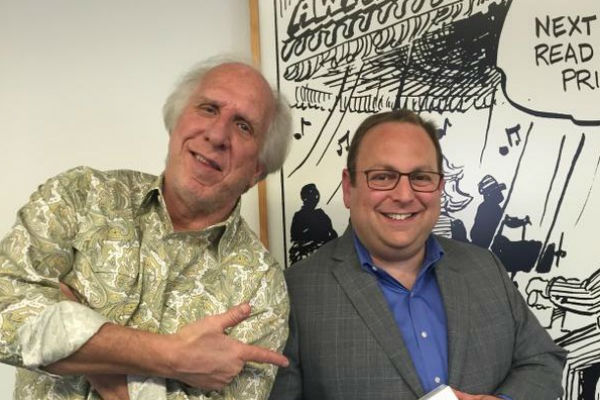 If you want to know anything about travel rewards programs, Gary Leff is the person to ask. He is one of the most well-known and respected authorities on miles and points—whether they be for airlines, hotels, rental cars, or credit cards. He writes the View from the Wing blog, runs Book Your Award (with another mileage pro Steve Belkin of Competitours), co-founded the frequent flyer community Milepoint.com, and was a longtime moderator on FlyerTalk.com. His most impressive accomplishment (to nerds like me, anyway), is that he’s also had a cameo on The Colbert Report. To other types of nerds, it’s that his day job is as CFO for a university research center.

Although I’ve known Gary for years (he wrote for me regularly when I was editor of condenasttraveler.com), I was embarrassed to realize that while I’d engaged him in countless conversations about credit cards and the best ways to earn miles quickly, I’d never really asked him about his own personal travel experiences. And not surprisingly, he has had amazing ones. Anyone who’s traveled as much as he has would—though not everyone’s stories would include being accused of stealing coffee from a hotel in Macau. Read on… 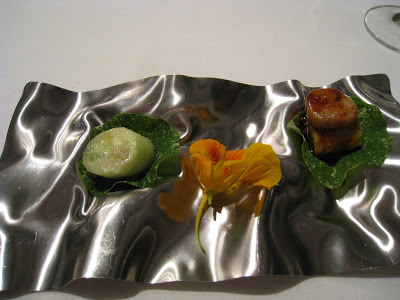 I managed to get a Saturday night booking for El Bulli, which at the time was regarded by many as the best restaurant in the world. So my wife and I flew to Barcelona for the weekend, took the train up to Figueres, and checked into a hotel in Roses. When we arrived at the restaurant, after a long drive up a cliff beside the Mediterranean, two young women dressed in sweat pants walk in ahead of us and asked for a table. They were told, as politely as I could possibly have imagined, that this would just not be possible…. We walked inside, were greeted and taken to the kitchen where we met and took pictures with chef Ferran Adrià.

Now that the restaurant has closed, with Adria having stared down the John Stuart Mill problem (Mill wondered what the point in life was if he had accomplished all of his goals by age 18!), I feel grateful to have experienced it.

Being accused of stealing coffee by room service staff at the Sheraton Macau. I didn’t do it, honest!

I was there over Chinese New Year (nearly every hotel was sold out, and rates at the Sheraton approached US$600 per night, so I was grateful to be able to use just 10,000 Starwood points a night there). I decided to order coffee from room service around 6 a.m. The hotel explained that I could tell them how many cups of coffee I wanted, and that’s what they would fill the pot to. So I asked for 6 cups. A short while later room service delivered the coffee. It seemed awfully light for 6 cups. I poured two cups, and the pot felt nearly empty. So I called back down to in-room dining. The same person I ordered from answered, and she remembered that I had ordered 6 cups. She said she’d send up 4 more cups right away.

So at 6:30 a.m. there’s a knock on the door, and the man who delivered the first pot of coffee appeared. He didn’t have a pot of coffee in his hand. Instead he declared: “I am here to investigate.” I told him that we had ordered six cups of coffee, I poured two and that’s all there was. He lifted the pot of coffee and said, “there’s still some left”. He then said it’s not possible that we could have gotten less coffee, because the machine is electronic. They specify how much goes in the pot.

There I am, standing in a bathrobe in my hotel room, being told that it’s not possible that I could be missing coffee and in any case the coffee I ordered was right there, in the pot! What was I trying to pull, anyway? He thought I was trying to cheat the hotel, to get extra coffee without paying for it.

He then poured the remaining coffee from the pot into an empty cup. It filled only half way. I said, “You were right, there were actually two and a half cups.” He harumphed, walked directly outside the room, and handed me the pot he had brought along with the four replacement cups of coffee I had been promised—once I satisfied him that I wasn’t actually trying to steal coffee.

Downy wrinkle releaser. As experienced a traveler as I am, and no matter how much I work on my packing and folding techniques, I can’t get rid of wrinkles. 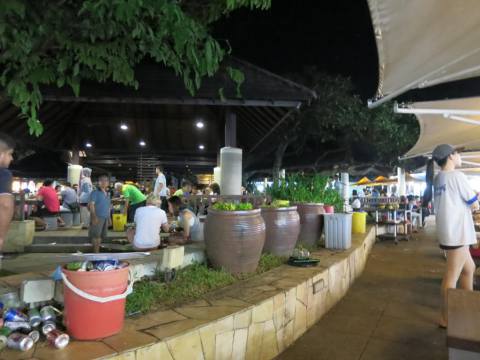 Non-touristy spot everyone should add to their must-visit list:

I love to enjoy travel and understand a place through its food, whether it’s eating my way through Paris or the suburbs of Kuala Lumpur. If you love food as well, two places truly can’t miss are some of the Singapore hawker centers. The Newton Center, closest to many of the hotels around Orchard Road, is the most touristy and in general also the most disappointing. I think there’s nothing that compares to an evening at the East Coast Lagoon Food Village, open air and on the beach. Visit the Red Hill Road center or the Hong Lim Food Center. Each place will specialize in a single dish and take cash only. Look for dishes that sound like you’d want to try them and then walk around the center, focus on the stalls that have the longest lines.

Seating is first come, first serve. Place something at your seat to save it. The traditional Singaporean method is to leave your tissues at your place, this is respected, although of course you can have a companion stay there while you go and order, too!

In the U.S. I think the best place to travel is the Austin area for Central Texas barbecue. Franklin Barbecue is technically perfect, but the lines are incredible. There are so many fantastic places in Austin proper like La Barbecue and a new outpost of Black’s in Lockhart up by the University of Texas, that you have options. Take a drive out to Lockhart for the original Black’s, my favorite, and while you’re there try the sausage at Kreuz and just walk inside Smitty’s with the blackened corridors from a century of smoke. 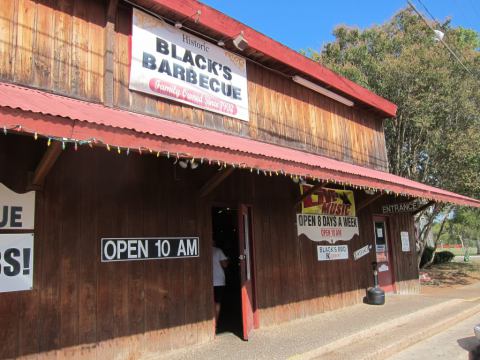 The spread of Uber gives me plenty of confidence going out in unfamiliar places, knowing that I can always easily find my way back even if I wind up somewhere off the beaten path where there’s no public transport and taxis don’t go.

I find I’m much more efficient walking around cities I don’t know well thanks to Google maps, I simply don’t get lost and waste time the way that I used to.

Compact power strip. I carry a power strip in my laptop bag, it’s something that costs less than $10. But I’ve never heard a hotel guest say, “this room just has too many outlets!” and I’ve found myself in many airport terminals and even lounges where sharing outlets is a must.

What travel-world bloggers have you learned the most from?

The person on social media who taught me the most isn’t a blogger, but an online forum participant named Mark Love (who goes by the name PremEx online). He taught me that the most important thing isn’t understanding travel rules and what you’re entitled to, but how you talk to the real people on the other end of the phone or across the desk. You want to build a rapport, understand what they’re capable of doing for you, and generate the sympathy that will motivate them to help. (And of course, if that turns out not to be possible, ‘hang up call back’ and start the process over.)

Whose Tweets do you find the most useful and entertaining?

Look into the future and describe one aspect of travel that will be different in 20 years:

The next step in online is mass customization. Online Travel Agencies (OTAs) are beginning to do a better job not just listing and selling travel, but helping to provide the information and guidance that consumers want. That was the idea behind Orbitz’s PR flub in ‘charging Mac customers more’ for hotels. They weren’t really charging customers with Mac computers more, their data suggested customers who use Macs tend to prefer hotels at a higher price point. So they were suggesting pricier hotels, not because those earn the OTA more commission but because consumers visit an average of 9–12 different sites when planning travel. If they can’t give consumers what they want, they lose the sale entirely.

The Department of Transportation has a pending rule where they plan to require all travel sites (above a revenue threshold) that display airfares and schedules to present the same uniform information—as opposed to the customized information most useful to a given individual consumer for their specific trip.

Provided regulations don’t get in the way, in a few years—not 20—we’ll have come full circle with online travel sites providing customized advice the way people used to get from the very best travel agents. It will have taken more than two decades, but we’ll have gotten to a place where online booking serves consumers about as well as the top end of brick and mortar used to.

Most effective thing you’ve ever said or done to get an upgrade:

You get an upgrade by having loyalty program elite status or points to spend, and knowing the rules of each chain or airline. You increase your chances of an upgrade clearing by avoiding the stiffest competition—traveling when planes and hotels aren’t likely to be full, and when passengers seeking upgrades don’t have status. That means hotels during shoulder season, and airlines outside of peak travel times (avoid Thursday and Friday evening flights, and the first bank of flights Monday morning; fly Tuesdays and Wednesdays in the afternoon).

Hotels have far more discretion than airlines to deviate from a predetermined algorithm for whom to give upgrades to, so the next most important thing is to be nice, and ask.

Starbucks gift cards. (Call me mercenary, but I’m trying to make friends with people who can reciprocate, like airline lounge agents.)

Airplane. (Google tells me bawl means shout loudly, not just weep.) The travel movies that get me every time are Lost in Translation and Before Sunset.

The strangest of street foods

But I am afraid of: 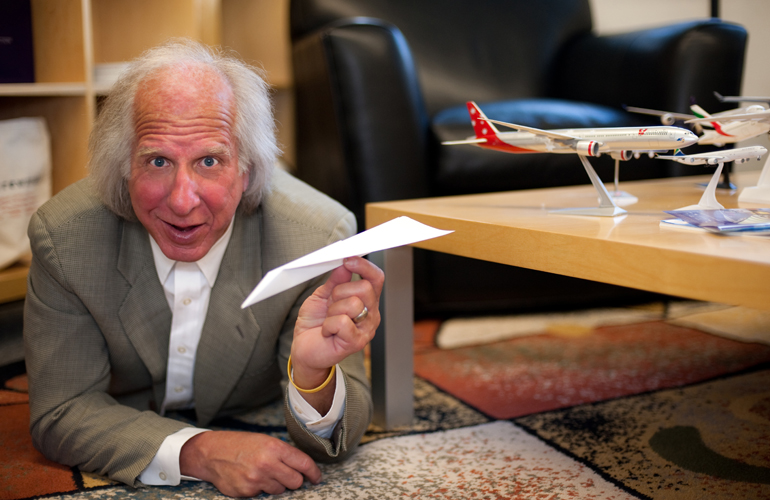 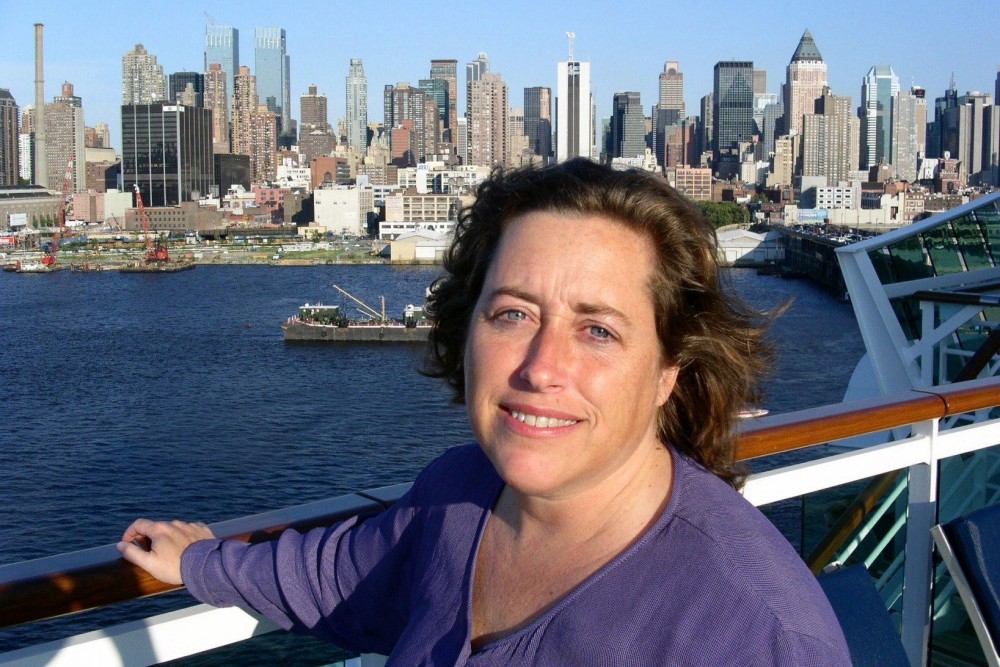 Cruise Critic's Carolyn Spencer Brown names two touristy spots that are still worth the visit, if you do them right—plus plenty more about her own travel experiences.