How to Make a South Africa Trip Extraordinary? Go In Winter 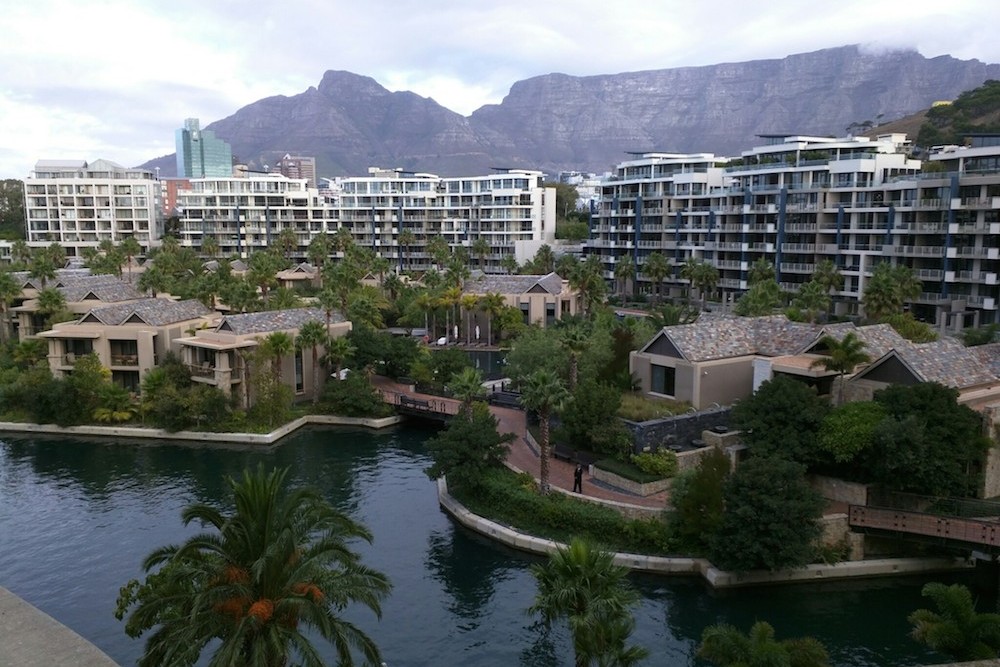 The view of Table Mountain from the lobby at the One&Only Cape Town is perfect. You'll see it every time you walk in or out. Photo: Billie Cohen

Cape Town shuts down in winter—South African winter, that is. At least, that’s what Capetonians will tell you. The popular tourist months here are in South Africa’s summer (December–February). But the weather remains mild through the winter season of May through August—enough to enjoy a lot of what this city by the sea has to offer. Even better, prices drop during the off-season, so you can find better deals and fewer crowds at popular hotels, restaurants, and attractions.

I’m just back from a winter week in Cape Town and the winelands, and here are the five experiences that most made my trip extraordinary. Any of them can easily be tacked onto a trip either before or after a safari. If your goal is the best trip possible, reach out to one of Wendy’s Trusted Travel Experts for South Africa—either Julian Harrison, of Premier Tours, or Dan Saperstein, of Hippo Creek Safaris. (Check out our readers’ reviews of Dan and reviews of Julian, and you’ll understand why we recommend them.)

1. Dine with Cape Town’s culinary stars
In Cape Town, there’s too much food and not enough time. But if you start early, you should be able to manage stuff in a few great meals. For a low-cost breakfast, join the young cool crowd at Jason Bakery for coffee and a house-made croissant or the croissant-meets-donut doughssant, which comes in a different flavor every day. For dinner, take your pick from two notable restaurants at the One&Only Cape Town: the only outpost of Nobu in Africa, and Reuben’s, the second restaurant from Reuben Riffel, one of South Africa’s most famous chefs (he started out in the country’s other food mecca, Franschhoek). At both, you’ll be able to dine for much less than it would cost you in other cosmopolitan cities. At Nobu, a six-course tasting menu with dessert is only $44. At Reuben’s, you can sign up for one of his Wine&Dine events showcasing special menus and local winemakers for about $30.

2. Take pictures with a penguin 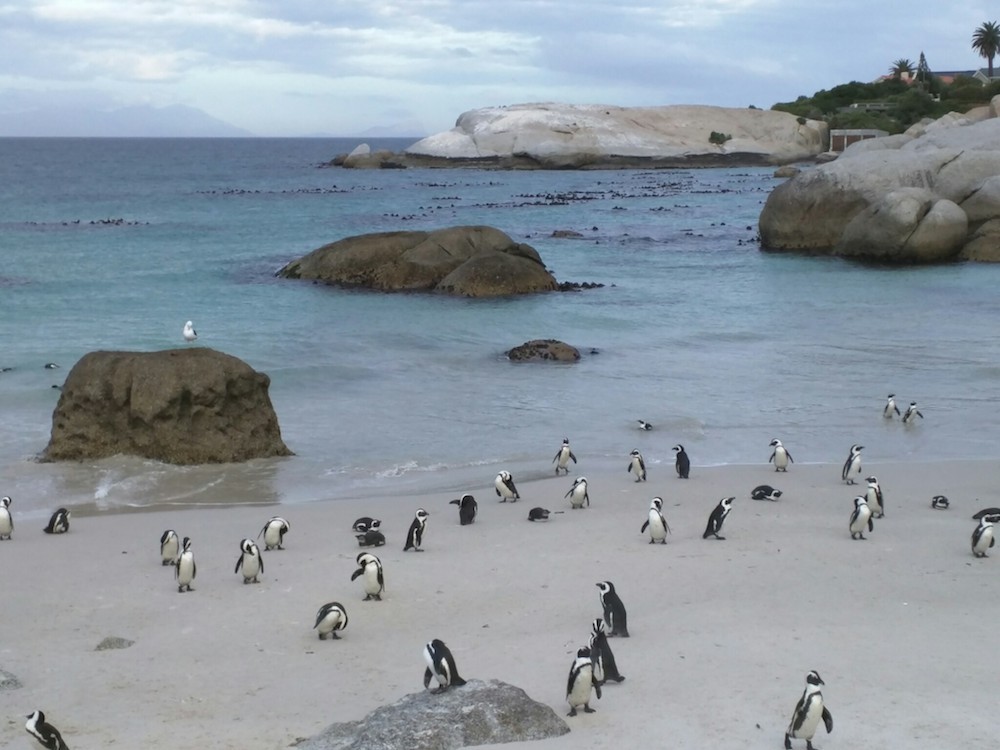 Boulders Beach penguin colony is a tourist destination, but at the end of May, there were only four people there—including me. Photo: Billie Cohen

Boulders Beach penguin colony is in every guidebook for Cape Town, but it is still so worth visiting. The beach itself is beautiful enough to be worth a visit on its own—blue-green water separated into calm pools by the eponymous boulders. But on top of that you have all those adorable penguins! After paying the very small price of 60 ZAR (about $4.65), you’ll walk down a network of boardwalks leading to the shore, where a colony of about 2,000 endangered African penguins makes their home. Even from the raised platform you’ll be close enough to take great photos, but to get really close, walk down the path to the right of the ticket booth before you actually enter the reserve. Many penguins make their nests against the fence here. Be careful, though: You can get very, very close to these animals through the fence, but you don’t want to touch or try to feed them. Their beaks are razor sharp and they have been known to bite when threatened.

3. Learn to cook with a local 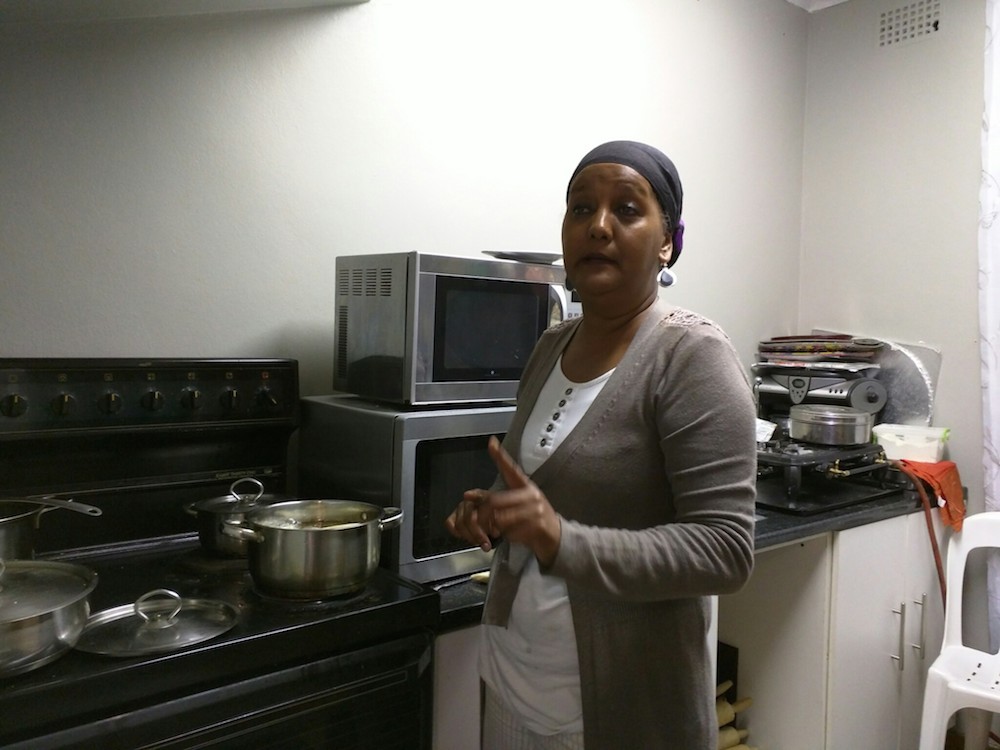 Our cooking teacher Fadelia was a character. She’s been inviting travelers into her home for years, both as a cook and as a homestay host for students. Photo: Billie Cohen 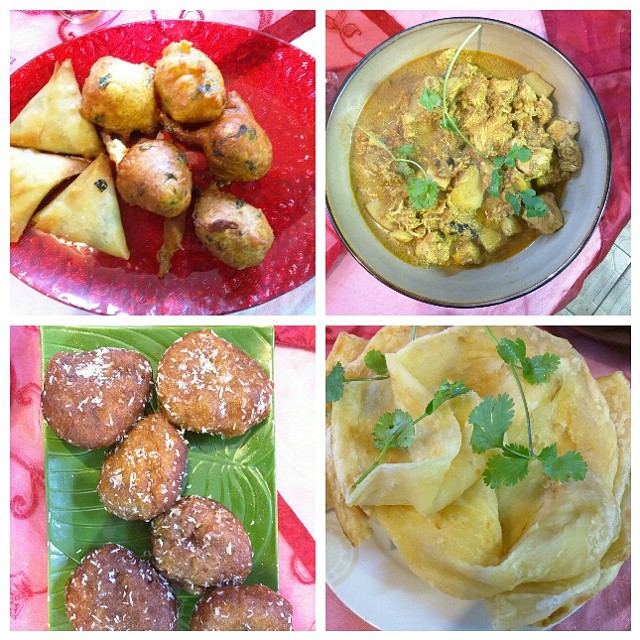 The Muslim neighborhood of Bo-Kaap is one of Cape Town’s most interesting (and that’s saying a lot in a city of interesting neighborhoods); the Malay here are descended from the slaves imported from Malaysia, Indonesia, and other parts of Africa by the Dutch in the 16th and 17th centuries.

Lined with brightly painted houses, the enclave is incredibly colorful—and so was our cooking teacher Fadelia, who’s been inviting travelers into her home for years, both as a cook and as a homestay host for students. She will regale you with funny stories about life in Cape Town (and her love life) as you learn the all-important South African skills of folding samosas, deep-frying chili dumplings, and finding room in your belly for one more honey-and-spice koeksister.

Cape Town Tourism can set this up for you—as can Julian Harrison, one of Wendy’s Trusted Travel Experts for Africa, if you book the rest of your trip through him.

4. Explore an entire neighborhood that’s been turned into a museum 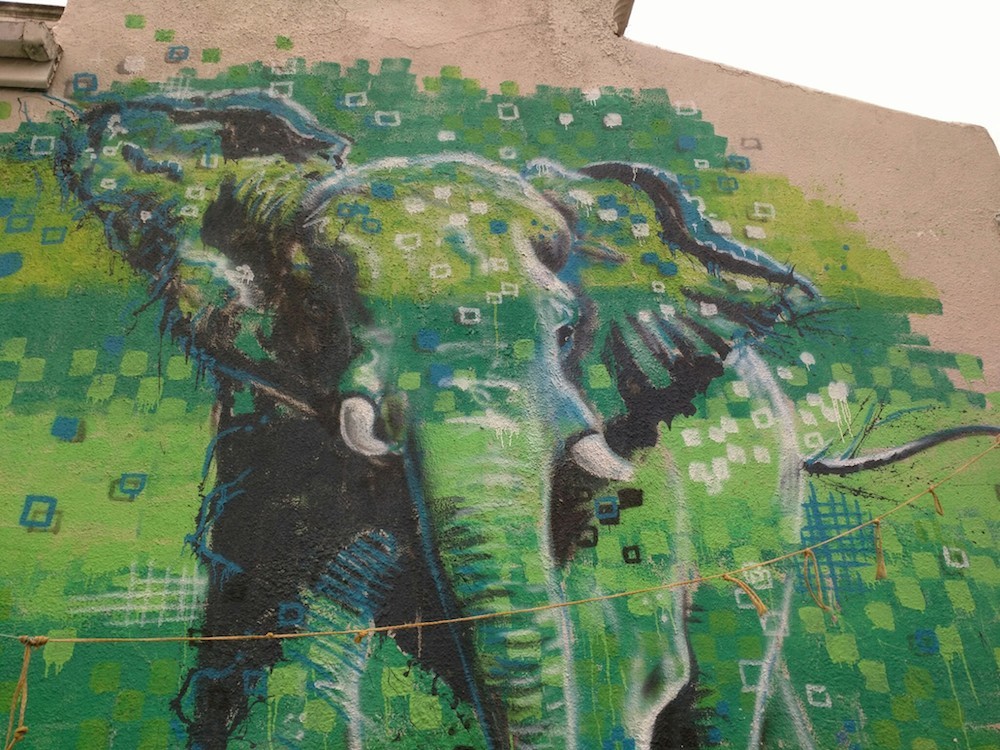 Over the years, artist Juma Mkwela has invited dozens of street artists from all over the world to paint murals in the Woodstock neighborhood. Photo: Billie Cohen 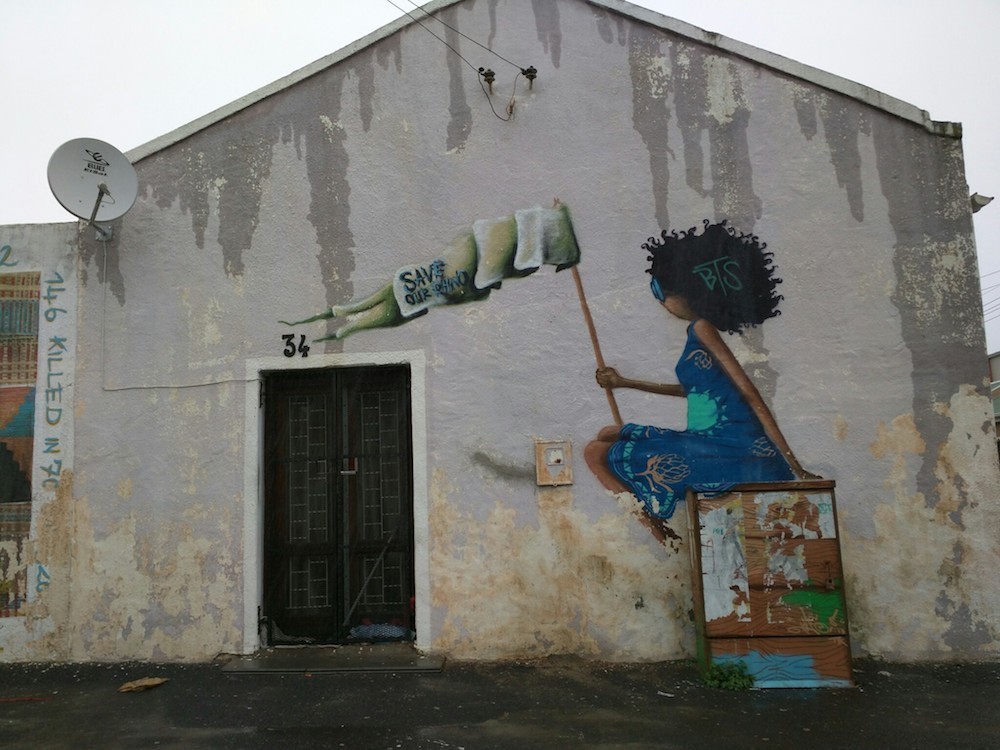 Juma leads walking tours through Woodstock, an up-and-coming artists’ neighborhood. He’s expanded the project to Khayelitsha, which you can also tour with him. Photo: Billie Cohen

Street art is one of my favorite ways to get to know a city. In Cape Town, you can take a walking tour of a neighborhood entirely devoted to providing a canvas for this type of work—led by Juma Mkwela, the local artist who started the project.

Mkwela’s muralists come from all over the city and the world, and at this point he’s commissioned more than 50 paintings. During the tour, Juma will show you dozens, sharing stories about the artists and their inspirations—it’s not only a visual education, but a political one as well, as many of the murals reflect the city’s turbulent and complicated past. Meeting Juma is worth the price of admission alone—he’s such an interesting guy. He has recently expanded the mural project into his new neighborhood, Khayelitsha (of which he also leads tours) and launched a youth arts program. The tour cost R200 (about $15.50) and can be booked by emailing Juma Juma.mkwela@gmail.com.

5. Nab a reservation at one of the country’s most popular (and packed) restaurants 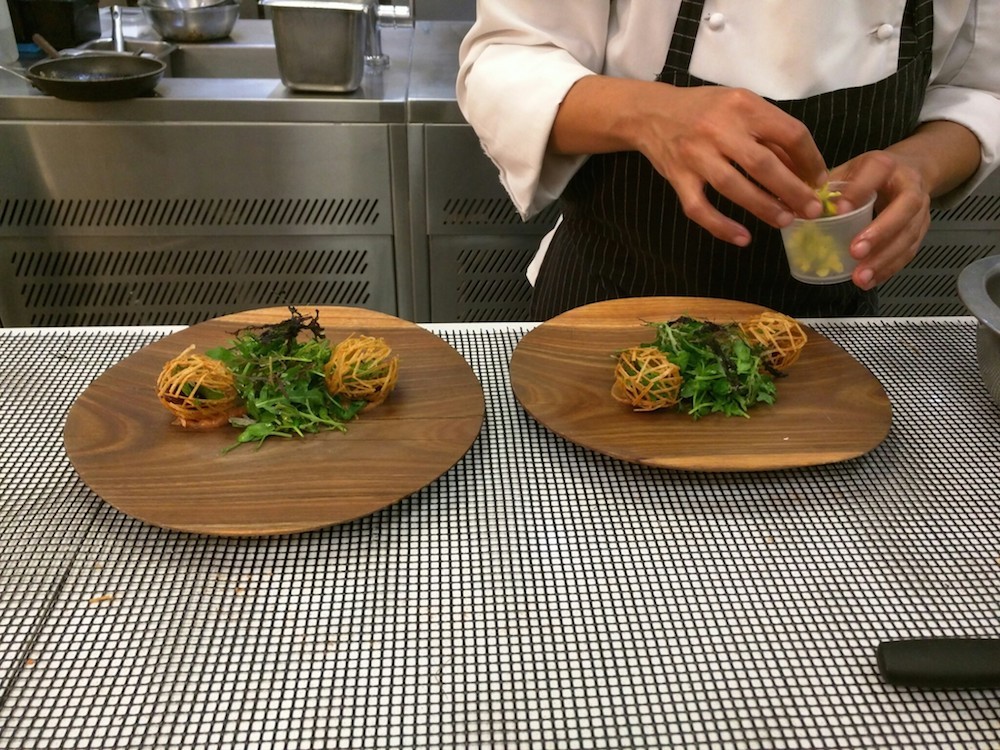 Everything served to you during your eight-course meal at the Tasting Room in Franschhoek will be a surprise. Even if you get a kitchen tour, they won’t tell you what they’re making. Photo: Billie Cohen 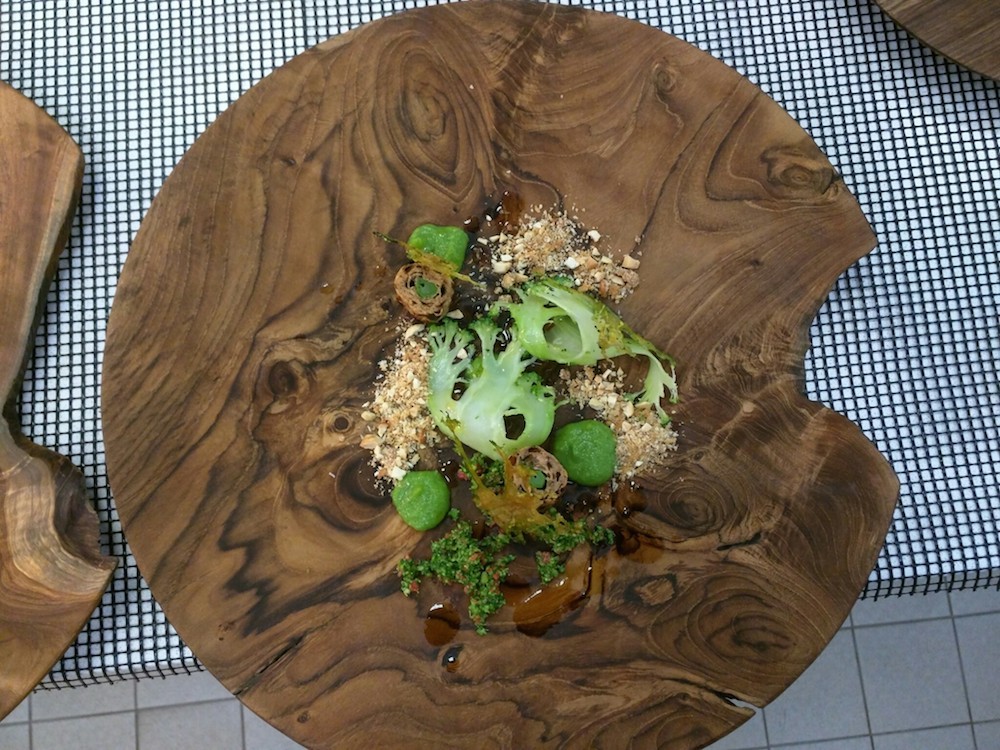 This whimsical dish was called Broccoli, Broccoli, and Broccoli, and it sliced, diced, fried, pureed, and drizzled the vegetable a million ways. It was delicious. Photo: Billie Cohen

The Tasting Room in Franschhoek is an incredibly difficult reservation to score. The small restaurant based at the small boutique hotel Le Quartier Francais is run by award-winning chef Margot Janse, whose team creates a nightly dinner menu that is full of surprises. In fact, no one in the dining room knows what they will be eating—the three-and-a-half hour, eight-course menu is a complete secret, you don’t even get to look at a printed version until after you’ve eaten. The result is extraordinary. There’s a feeling of anticipation that permeates the small room, and you can catch diners openly rubbernecking other tables in an attempt to find some clue as to their own whimsical next course, but Janse has thought of that—no one within your viewing distance will get the same dishes in the same order, and they likely won’t get some of the same dishes at all. Because of the experience and the pedigree, The Tasting Room is frequently fully booked (and an incredible deal at about $100 per person, including wine pairings).

But in South Africa’s winter, seats are easier to come by—and from May through August, Le Quartier Francais offers a special Dine-a-Stay package that includes a night at the hotel, breakfast, and—added in at no extra cost—Tasting Room dinners for two. Be sure to ask to visit the kitchen during your meal so you can meet the magicians at work; few people realize it’s allowed. 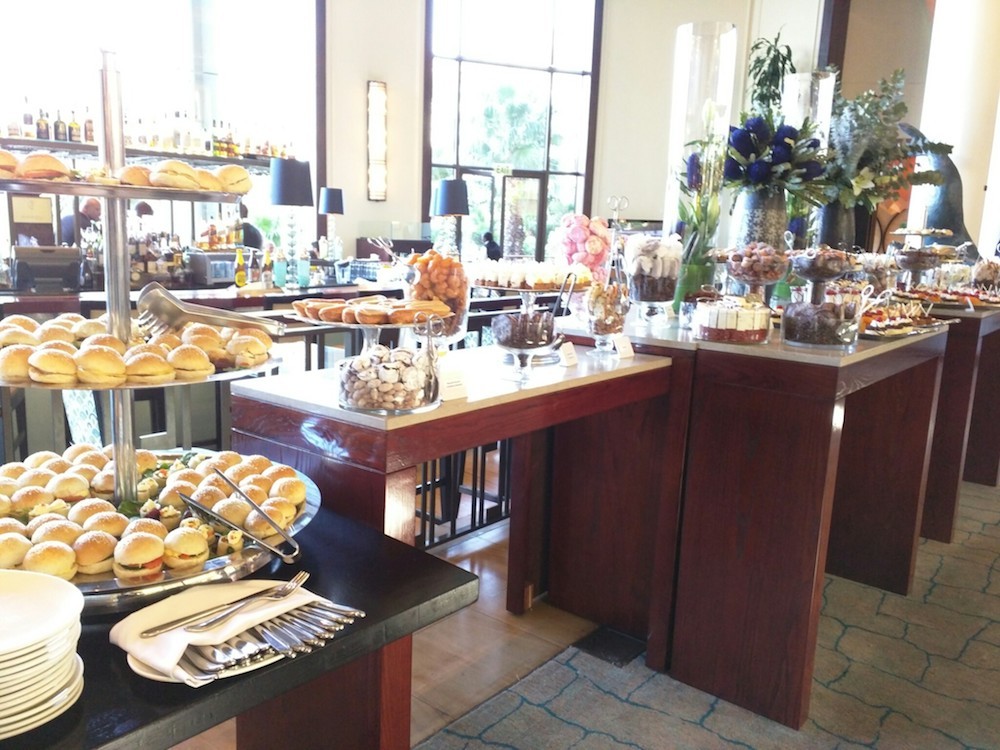 I stayed at the One&Only Cape Town, the luxury brand known for its island and beach resorts. The Cape Town property creates that secluded island feel by curving around a small canal and pointing most of its windows (including the floor-to-ceiling ones in the lobby bar) to Table Mountain, the centerpiece of the city. You’re also within walking distance of the V&A Waterfront area, a pedestrian-friendly enclave of shops, restaurants, and views. The Waterfront area is a bit touristy, but the trade-off is that you can stroll out of your hotel at night and wander around; you won’t need a cab, and it’s very safe.

The One&Only Cape Town is “popular with families, couples, and VIP clients,” notes Dan Saperstein, one of Wendy’s Trusted Travel Experts for South Africa, adding this money-saving tip: “A lot of rooms face the harbor or Table Mountain, but we are of the opinion that you don’t need to pay for a good view in your room—you’ll see it all day and you’re only in your room at night anyway.”

Another way to save money: Timing. In peak season (December and January), rooms start at about $875 per night, but in low season (April through September) that price drops significantly to about $450. I’m sure you can come up with some great things to do with that extra money. 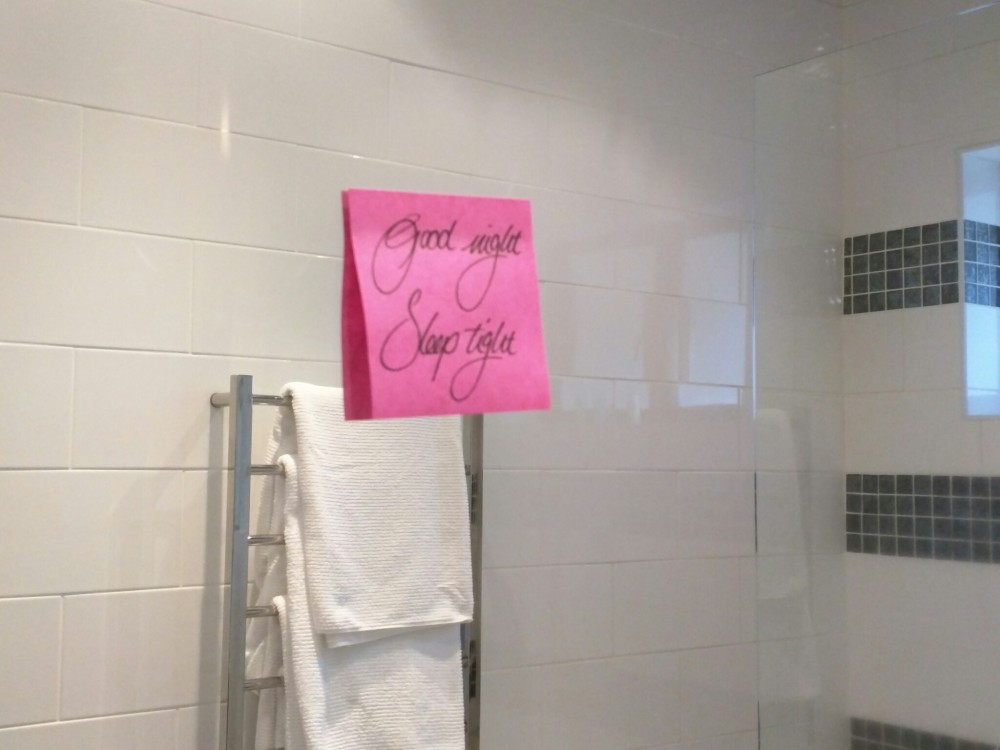 The boutique hotel Le Quartier Francais looks like a secret garden outside and provides perks to all guests inside: free Wi-Fi, free minibar, and good-night notes on your bathroom mirror. Photo: Billie Cohen

I stayed at Le Quartier Francais, a small blue-and-white boutique hotel that feels like it belongs in Provence instead of South Africa’s wine country. Although, to be fair, all of Franschhoek looks and feels like Provence. The shop-lined village is walkable and adorable, and the nearby wine farms (which LQF will shuttle you to and from) are impressive for their idyllic atmospheres as much as for their vintages. Depending on which room you choose (they’re all designed differently), rates decrease about $40¬–$100 per night in the winter. Check the hotel website for other winter deals, including packages for the town’s annual Bastille Day Festival.

*Disclosure: Both One&Only Cape Town and Le Quartier Francais provided me with free stays. In keeping with WendyPerrin.com standard practice, there was no request for coverage by either property, nor was anything promised on ours. 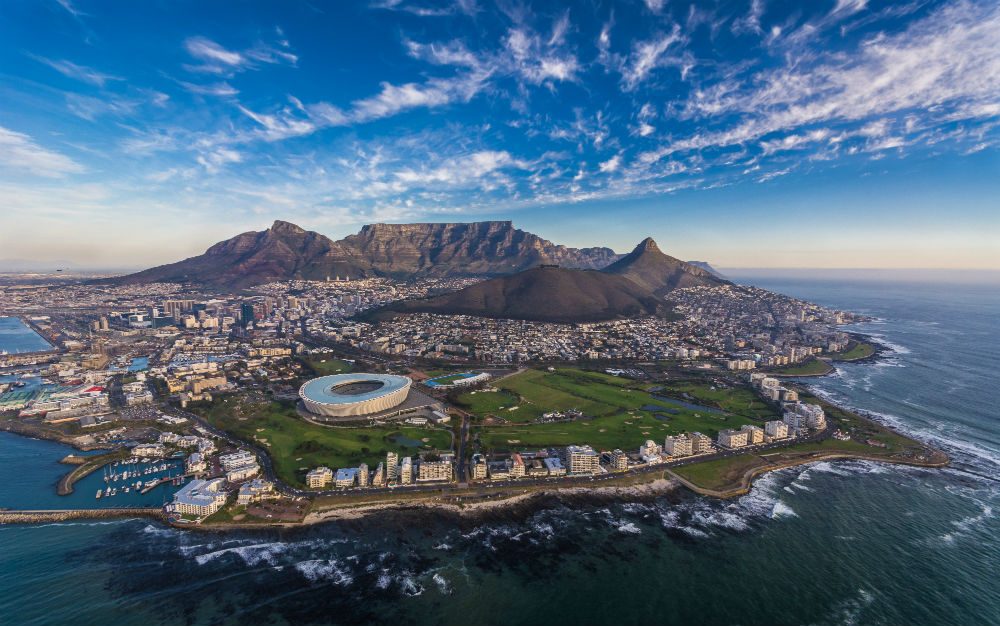 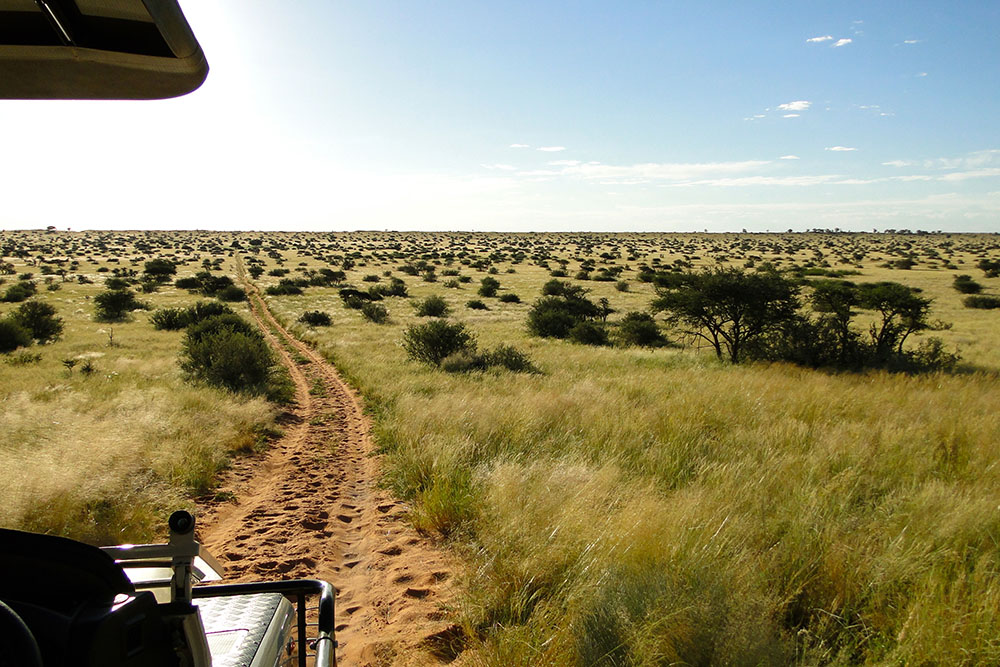