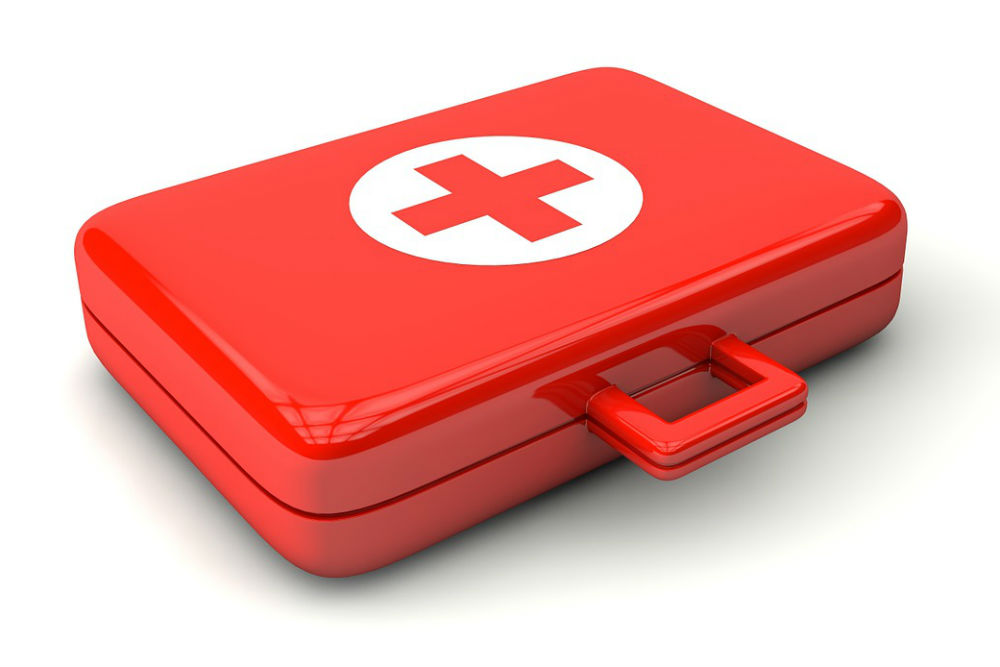 When you prepare for a trip, it’s smart to prepare for an emergency too. The threats of political unrest, natural disasters (hurricanes, wildfires, and earthquakes), and terrorist attacks—both at home and abroad—are not going away any time soon. But by all means don’t focus so much on highly unlikely, spectacular risks that you ignore the mundane risks that are far more likely to do you harm. For example, when I traveled to London, I optimized my family’s safety not by doing anything so extreme as avoiding the Tube (a target of past terrorist attacks) or abstaining from a cricket match at The Oval (another potential target, what with 24,000 spectators in a stadium), but by making sure that we looked both ways when crossing the street (it’s easy to look in the wrong direction in countries where people drive on the left) and that we used a bathmat in our rental apartment so we would not slip and fall in an unfamiliar shower.

In addition to keeping risks in perspective, here’s what I do to be prepared for emergencies when I travel:

1. Enroll in STEP.
Signing up for the State Department’s Smart Traveler Enrollment Program makes it easier for the U.S. embassy to send you important information about safety conditions, contact you in an emergency, and help family and friends get in touch with you. Enrolling is easy and quick.

2. Activate your phone for overseas use so that, at a minimum, you can send and receive text messages.
That way you can communicate with others in your traveling party via text message, receive STEP security updates and Twitter Alerts (see #14) via text message, etc.

3. Depending on how remote or risky your destination is, consider carrying a satellite phone or satellite text-messaging device.
In an emergency, you could lose your ability to communicate by cell phone. Internet access could be unavailable as well. Satellite devices do not depend on cell-phone or Internet technology and are much less expensive to rent than they used to be. In countries where satellite phones are illegal—India and China, for instance—you can rent a local mobile phone.

4. Whatever your communication device is, carry extra battery power for it.
If you’re using a smartphone, attach a Mophie or carry a charging block; if you’re using a satellite phone, have an additional battery.

5. Choose a hotel in the right neighborhood, with the right TV news channels and high-speed Internet access.
If you’ve got CNN, BBC, Al-Jazeera, and fast Wi-Fi, you can easily monitor the news and check local English-language websites for news and help. Pick a hotel that is not located close to a symbolic plaza where protests and traffic jams occur (e.g., Taksim Square in Istanbul, or Tahrir Square in Cairo).

6. Book your trip through the right destination specialist.
This gives you a local fixer, advocate, problem solver. The travel specialists on my WOW List know which areas of their destination are safe and which aren’t, and arrange trips based on the latest on-the-ground intel. They connect you with the savviest drivers and “guides” — more expediters and strategists than traditional tour guides — who have the background and credentials to keep you safe and have access to key people in the country who will take care of you. I know this based not only on personal experience, having traveled under their vigilance, but also based on years of feedback from travelers. For example, when Nepal specialist Toni Neubauer had WendyPerrin.com travelers in Nepal during the 2015 quake, she quickly got them on a flight out of the country. (Read the review of Toni that the travelers, Joe and Rowena Burke, posted on Toni’s reviews page.) At dicey moments, Israel specialist Joe Yudin has kept WendyPerrin.com travelers safe (read Nadika Wignarajan’s review here), Turkey specialist Earl Starkey has as well (read reports from his travelers here). WOW Listers also provide you with the physical tools to stay safe: India specialist Sanjay Saxena, for instance, gives you an in-country mobile phone pre-programmed with numbers for local staff, hotels, emergency services, etc. Of course, his in-country and U.S. staff are available 24/7 as well.

7. Pack certain medicines.
Bring a prescription antibiotic and prescription pain reliever that you know work for you, in case you end up needing to be your own doctor. Bring iodine tablets (or one of the newer technologies) to purify dirty water too, since, in an emergency, bottled water supplies quickly run out.

8. Plot on a paper map where the local embassy, consulate, and best hospitals are.
In an emergency you won’t want to rely on your smartphone or Google Maps app to get you there; you’ll want to save your battery for calls to loved ones, doctors, etc. Know where the best hospitals are—not just for the capital city, which could be hours away from where you are when a crisis strikes, but for other cities too.

9. Purchase an emergency assistance plan.
A MedjetHorizon membership can get you safely out of a crisis situation 24/7 and can also get you out of a foreign hospital and back home to a hospital you know and trust. They can come to the rescue in the event of a terrorist or political threat, violent crime, or if you need a ground ambulance, specialty hospital transfer, or cash advance.

11. Carry a mini-flashlight.
You don’t want to get caught in the dark.

12. Carry your hotel’s business card, in the local language.
You can show it to police or taxi drivers to get back to safety quickly.

13. Carry a photocopy of your passport photo page and any visas.
Keep it on your person during the trip, in case the original is back at your hotel (usually the smartest place to keep it) or gets lost in the emergency.

14. Follow relevant Twitter feeds that can provide reliable, accurate updates and potentially life-saving alerts.
Such Twitter feeds will vary by destination and type of emergency. Usually, though, you’ll want to follow the U.S. embassy feed in the country you’re visiting, as well as the U.S. State Department’s feed, @travelgov. The @RedCross and Google’s Crisis Response Team, @GoogleCR, are also worth following, as are the local airport’s feed, which may post updates about airport delays and shutdowns, and the feeds of local hotels, which usually have an emergency action plan and may be offering help or a landline. You can also turn on Twitter Alerts for the feeds relevant to the destination you’re headed to.

15. Know that Google has a person finder and Facebook has a Safety Check feature.
In natural and humanitarian disasters, Google helps track missing persons. When a crisis occurs, Facebook activates its Safety Check feature: If you’re in an affected area, use it to alert friends and family that you’re okay; if you’re at home, you can use it to search for travelers and confirm their status.

* Don’t overreact: Realize that the geographic area affected is limited.
So often, when a crisis strikes a country, U.S. travelers unnecessarily cancel trips to a huge swath of the world surrounding that country. They avoid regions that have not been affected in the least—which would be like Europeans deciding against a trip to New York because there was an earthquake in San Francisco or a terror attack in Orlando. The Italy earthquake was no reason to cancel a trip to Tuscany, the same way the Nice attack was no reason to cancel a trip to the Dordogne.

* Don’t confuse the probability of an incident with the probability of becoming the victim of that incident.
Is it virtually certain that there will be another terrorist attack in Europe this year?  Yes.  Does that translate into a high degree of risk for the individual traveler to Europe?  No.

* Understand the psychological reasons why your fear of a terrorist attack is out of proportion to the risk—and why you fear a terrorist attack more than an earthquake.
I explain it in my article 7 Keys to Traveling Without Fear Despite Terrorist Attacks.

* Know where the real dangers lie.
Remember that the single biggest cause of death for Americans traveling overseas is motor vehicle accidents.