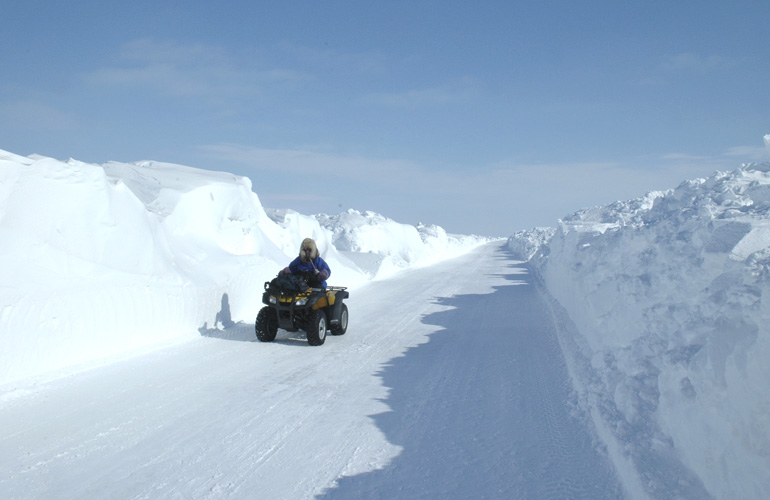 When I traveled in Arctic Alaska, I carried a satellite phone.

My husband travels to Canada and Alaska often and I would like to get him a satellite phone for safety.  Have you ever reviewed them?

Sharon, while I’ve carried a satellite phone with me to remote corners of the globe—including Arctic Alaska—mercifully I’ve been spared any emergencies and thus am hardly an expert on which device is best. So I’ve reached out to just such an expert for you.  Dan Richards is the CEO and founder of Global Rescue, which provides worldwide emergency-evacuation and medical-assistance services.  In fact, last week his team rescued John All, the American climber who fell into the Himalayan crevasse in Nepal. All was carrying a DeLorme inReach satellite messenger device, which allows two-way text messaging by satellite anywhere in the world, and that’s how Global Rescue coached him on how to survive until the rescue helicopter arrived.

Here’s Richards’ advice for you:

A less expensive alternative to consider is a satellite messaging device. There is no voice option, but you get 160-character two-way text messaging anywhere in the world.

Since satellite phones rely on line-of-sight with their satellites to establish a connection, they work best in open areas with a clear view of the sky.  Using them indoors, in vehicles, and even in a city surrounded by tall building and wires may hinder your signal.”

Richards adds that satellite phone use is restricted or even illegal in certain countries—including India, Myanmar, Cuba, Iran, Poland, and Hungary—so it’s wise to confirm coverage with your provider before purchasing or renting a phone and to research possible restrictions imposed by the countries you’ll be visiting.

It’s Easy to Get Tested to Come Back to the United States: Your Questions Answered