My kids trying to spot their cabin on the Norwegian Breakaway in Nassau, the Bahamas

Many of us prefer small ships, but sometimes a large one is your best option. Maybe it’s what your children need (only large ships have water slides and mini-golf), or it’s what your group can afford, or it’s the itinerary that best suits your schedule. Last month my family ended up on the biggest ship we’ve ever sailed on, Norwegian Cruise Line’s 4,000-passenger Norwegian Breakaway, because it’s one of the few ships that sails from New York to somewhere warm in the dead of winter. While a large ship can be a smart vacation option for busy kids and their exhausted parents, it can also feel crowded and chaotic, especially when chilly weather keeps everyone indoors for half the cruise. Since it was my husband’s and my tenth cruise with our kids, now 11 and 12 years old, I thought I’d share our hard-earned tips for maximizing the advantages, and minimizing the drawbacks, of a giant ship.

1. Choose a cabin suited to your children’s ages.
The larger the ship, the more confusing the cabin choices. A family of four can feel very cramped in one stateroom, but it can be hard to find connecting cabins or an alternative configuration that works. One thing to be wary of is cabins with upper berths. When we’ve had such rooms, we’ve been so concerned that the boys would roll out of their beds in the middle of the night that Tim slept in the first upper berth, the second went empty, and the kids slept with me below. When the boys were younger than eight, we were comfortable in a “mini-suite” where they could share a double sofa bed. Since then we’ve needed two connecting cabins. My strong recommendation is to book your cruise through a highly knowledgeable cruise specialist such as Tom Baker of Cruise Center: Tom knows the pros and cons of all the cabins on all the ships and has the clout with the cruise lines to get you the one you want.

En route out of NY Harbor. In 19-degree weather. Can anyone guess what ship we’re on?

2. Insist on a balcony. A balcony gives you breathing room, fresh air, great views, lots of sunlight, and private outdoor space. When the boys were small, we opted against one because they could have climbed over the railing. By the time they were four and six, we felt we could risk it, and today it’s non-negotiable. (A balcony isn’t nearly as necessary on a small ship…but that’s a different article.)

See that mist above the Atlantic? That’s because the air temperature (23 degrees) is lower than the sea temperature (48 degrees). We’re off North Carolina, headed south. #NorwegianBreakaway #nofilter A photo posted by Wendy Perrin (@wendyperrin) on Feb 16, 2015 at 5:03am PST

3. Pinpoint the most convenient cabin location.
A great location for families is on an upper deck near the aft: It’s a quick walk to the places you need to get to most often—the pool deck, the sports deck, the kids’ club, the buffet—and you can avoid elevator waits and crowds.

Charlie working the #NorwegianBreakaway’s ropes course, 16 decks above the water, with a 360-degree view of the Atlantic Ocean (and the rest of the ship).

4. Bring Post-It Notes, a European plug adapter, and highlighters. Post-It Notes are handy for your cabin door: When your kids are old enough to check themselves in and out of the kids’ club (which means they’re old enough to wander the ship on their own), they can leave you messages as to their whereabouts. If your family needs to charge an array of electronic devices daily (and whose family doesn’t?), bring a European plug adapter because your cabin might have only one or two U.S. outlets; don’t let European outlets go to waste. As for highlighters, the daily shipboard program delivered to each cabin door lists so many activities and events that each child will want a highlighter to mark his or her favorites.

You can do all these things aboard #NorwegianBreakaway. Or you can sit on your balcony and read novels like I do. #whenImnotcheckingemail A photo posted by Wendy Perrin (@wendyperrin) on Feb 16, 2015 at 4:32pm PST

5. Throw your kids’ swimsuits in your carry-on.
On embarkation day, it can take some time for your luggage to be delivered to your cabin. If you’re embarking in warm weather and you’ve got the kids’ swimsuits with you, they can jump in the pool and use the waterslides right away. One parent can watch the kids while the other walks around the ship doing recon and making spa and dinner reservations.

6. Switch your child’s cell phone (and yours) to airplane mode.
If your child will be using his smartphone as a camera, switch it to airplane mode immediately after leaving your U.S. port for international waters, so that international text messages can’t be sent or received. Otherwise you could get socked with charges. Keep your own phone on airplane mode so you don’t fall prey to roaming charges. (Keep it on airplane mode when accessing the ship’s Wi-Fi too. The great news is that cruise-ship Wi-Fi has improved a lot recently in terms of speed, reliability, and cost.)

8. Find your own serene shipboard hideaway.
In addition to a balcony, you’ll want space to stretch out in tranquility somewhere on deck. There’s almost always an empty area with lounge chairs somewhere. Sometimes it’s the Promenade Deck; sometimes it’s an area up top that people just haven’t discovered.

On every busy giant #cruise ship there’s always one hidden quiet deck area you can retreat to. On #NorwegianBreakaway in winter, it’s Deck 8.

When the weather is too cold to be outdoors, you may crave an indoor pool or hot tub. Often the spa has a heated indoor pool you can access for a fee. On the Breakaway, access to the spa’s Thermal Suite for $199 for the entire seven-day cruise turned out to be a good value.

The spa’s hydrotherapy pool. #NorwegianBreakaway A photo posted by Wendy Perrin (@wendyperrin) on Feb 17, 2015 at 6:53am PST

9. Study the children’s weekly program schedule before making dinner reservations.
If your kids are like mine, certain scheduled evening activities will appeal to them and others won’t. Pirate Night is a must, Hollywood Night is not. If you’re making dinner reservations for the family, choose nights when the kids won’t complain about being with you rather than with their friends.

10. Ace the buffet.
It’s usually the most casual way to grab a bite on the ship (except for room service), and it can be jam-packed. Four tips: (1) Avoid the buffet on embarkation day, when it’s at its most chaotic. (2) When you do eat at the buffet, make a beeline for the Asian and Indian food. The kitchen staff is frequently Asian and Indian, so what you get is their home cooking, and it’s delicious. (3) Often one side of the buffet is open and the other is closed; if you can’t find empty seats, go to the closed side. (4) Feed your kids at the buffet, then go elsewhere for a proper adult meal. Like this:

This is the first raw bar I’ve seen on a cruise ship. How about you? #NorwegianBreakaway

11. Have your child wear a watch.
There are few, if any, clocks on the ship. If you’ve instructed children to meet you in a certain place at a certain time, the only way they’ll know is if they’re wearing watches.

12. Ensure room keys don’t get lost.
Bring a lanyard, or punch a hole into your child’s key card, so it can be worn around the neck.

13. Don’t activate your kid’s room key for purchases.
On ships you use your room key card for purchases, and kids lose room keys. They accidentally leave them in the games arcade—where other kids may find them and swipe them in the machines—or by the pool, where adults may find them and use them to buy a round of drinks. I’m not kidding; this happens with surprising frequency. When you check in for your cruise, the check-in agent will ask whether your kid’s key should be enabled for shipboard purchases. Just say no, unless you’re certain your child won’t lose the key. And if you’re certain your child won’t lose the key, please share your secret with me!

14. Read my 12-year-old’s advice that parents should know before booking a family cruise.

If anyone else has tips for sailing on megaships, I’d love to hear them. Chime in below!

Disclosure: This was my family’s fourth cruise on Norwegian Cruise Line. We’ve always paid our own way in the past; this time the cruise line provided us with complimentary accommodations. In keeping with my standard practice, there was no request for or expectation of coverage on Norwegian’s part, nor was anything promised on mine. 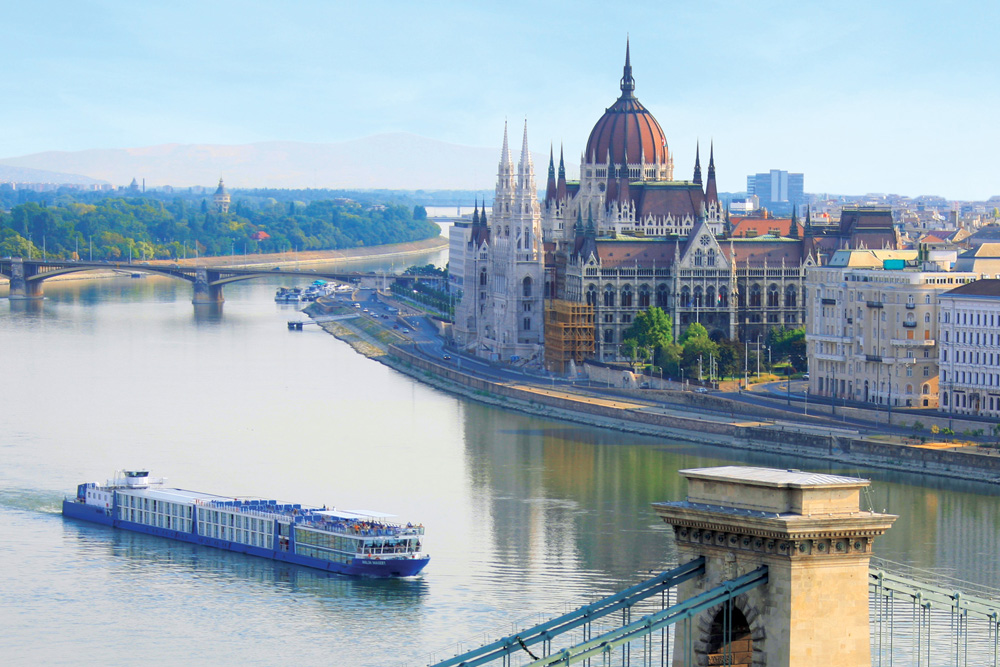 A Trip to Argentina, Chile, Patagonia:
Start with our Questionnaire