5 Reasons to Go to San Sebastián This Year 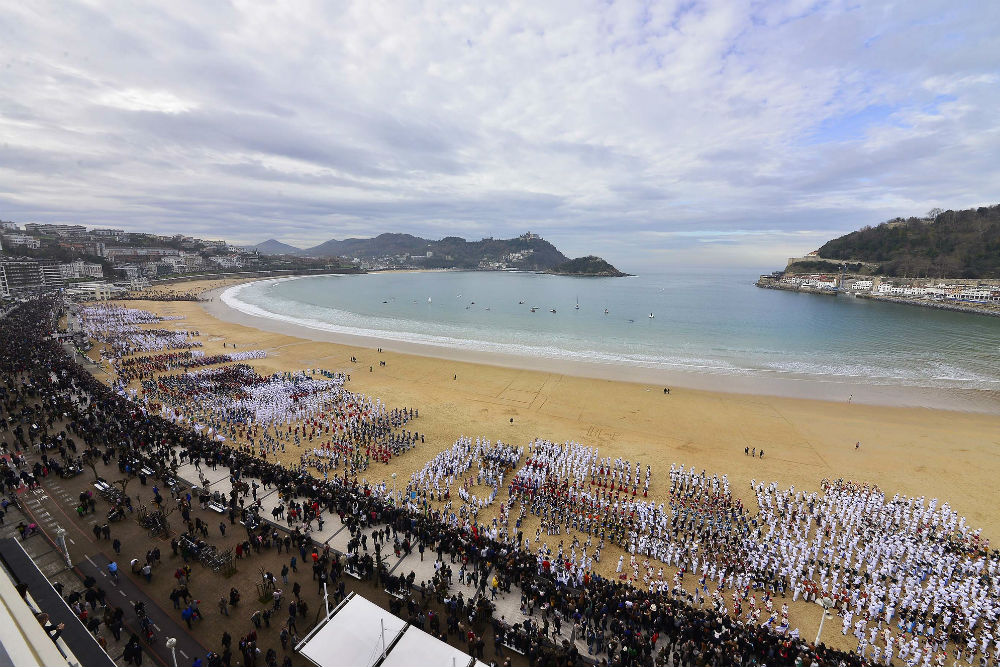 San Sebastian rivals its Spanish sister cities when it comes to location, boasting both a beautiful shoreline and a picturesque mountain backdrop. Photo: San Sebastián 2016

Although it’s often overshadowed by other Spanish cities—like Madrid, Barcelona and Seville—San Sebastián shouldn’t be overlooked. Spain’s northwest city, also called Donostia, not only boasts centuries of Basque heritage, natural beauty, and cutting-edge culinary and architecture scenes, but it was also chosen as European Capital of Culture for 2016. Visitors to the city this year will be treated to more than 400 cultural activities, including exhibitions, concerts, plays, dance performances and special gastronomic events. And the best part is that most of them are free. Here’s why you should get in on the action asap.

The city’s best architecture is on display.

The opening of the Guggenheim in nearby Bilbao back in 1997 stoked the Basque country’s architecture and art scenes, inspiring the creation and renovation of several impressive institutions over the years. Since many of the Donastia/San Sebastian 2016 events are taking place at these sites, you’ll be able to appreciate the architecture boom as you’re taking in all the cultural activities.

The Tabakalera is a new contemporary art center housed in a former tobacco factory; Spanish architecture firm Vaumm unveiled the stunning Basque Culinary Center in 2011 to much critical acclaim; and the century-old San Telmo Museum has been reimagined as the Museum of Basque Society and Citizenship, with a very modern nature-inspired wing connected to the original 16th-century convent building. 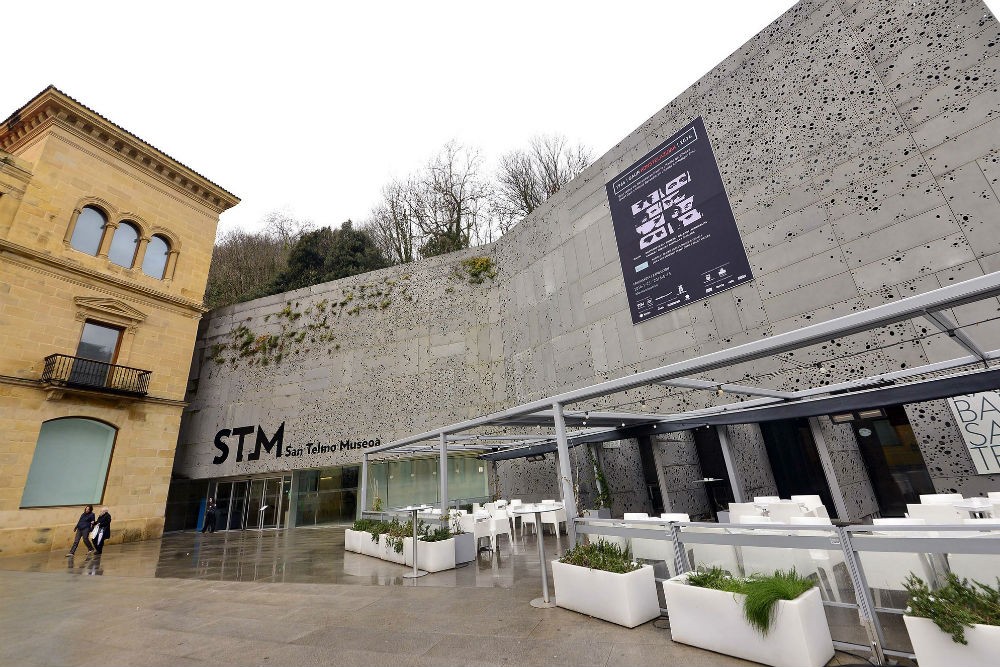 The San Telmo Museum is now also home to the Museum of Basque Society and Citizenship. Photo: San Sebastián 2016

The Diocesan Museum of ecclesiastical art recently got a facelift from Spanish architect and Pritzker laureate Rafael Moneo (who also won the Mies van der Rohe award in 2001 for the Kursaal arts center, where the San Sebastian International Film Festival is held), and the Balenciaga Museum arrived in neighboring Getaria in 2011 to honor the home-grown, acclaimed international designer.

You don’t have to stay inside to see some of San Sebastian’s best artwork (though you certainly could; the Tabakalera is hosting artists from around Europe in a series of temporary exhibits, workshops, and lectures). Stroll outside to see the public artwork for which the city is known: Jorge Oteiza’s Construcción Vacía (Empty Construction) is a landmark on the Paseo Nuevo waterfront promenade, for example, and Eduardo Chillida’s Wind Combs sculptures can be found at the foot of Monte Igeldo.

San Sebastian is home to several annual festivals. From July 20 to 26, the international jazz fest Jazzaldia will be celebrating its 51st edition with the help of global stars such as Diana Krall and Gloria Gaynor. Classical music fans will descend on the city in August for the Musical Fortnight (Quincena Musical); and film buffs should plan to arrive in mid-September for the International Film Festival.

The DSS 2016 lineup is adding a few more events to the festival schedule. For instance, to celebrate Shakespeare400, visitors can participate in an interactive version of A Midsummer Night’s Dream, where they will be guests at Hermia and Demetrius’ wedding while enjoying a feast prepared by the Basque Culinary Center (June 21–­July 24). 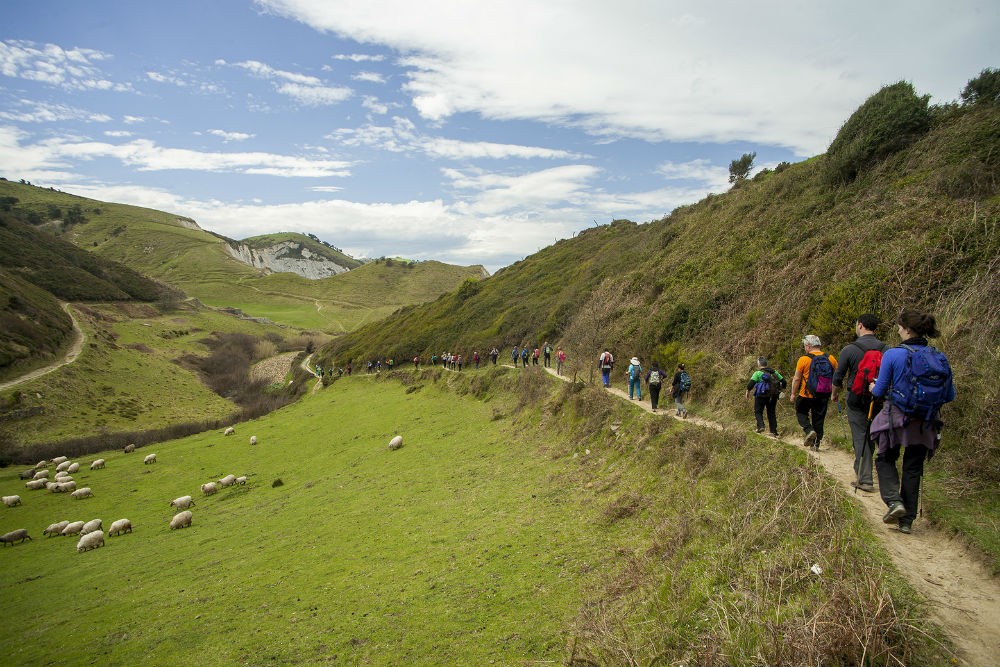 You can surf, hike, or just lie in the sun.

San Sebastian rivals its Spanish sister cities when it comes to location, boasting both a beautiful shoreline (it’s right on La Concha Bay) and a picturesque mountain backdrop (it’s in the foothills of the Pyrénées). As a result, the area has long been a mecca for surfers in search of some of Europe’s tallest waves. Bring your board to Zurriola beach to join in, or just watch from the shore. The beach right in town along La Concha Bay can get packed in summer with sunbathers, so for a little more room roll out your towel on Playa de Ondarreta, found on the other side of the Palacio de Miramar, or take a boat out to Isola Santa Clara to admire the city from its small beach.

For landlubbers, the center of the city is the starting point of a new hiking route, the 2016 Bidea, a 32-stage hiking trail extending nearly 600 kilometres through the mountains. It was completed for this year’s Culture Capital event. 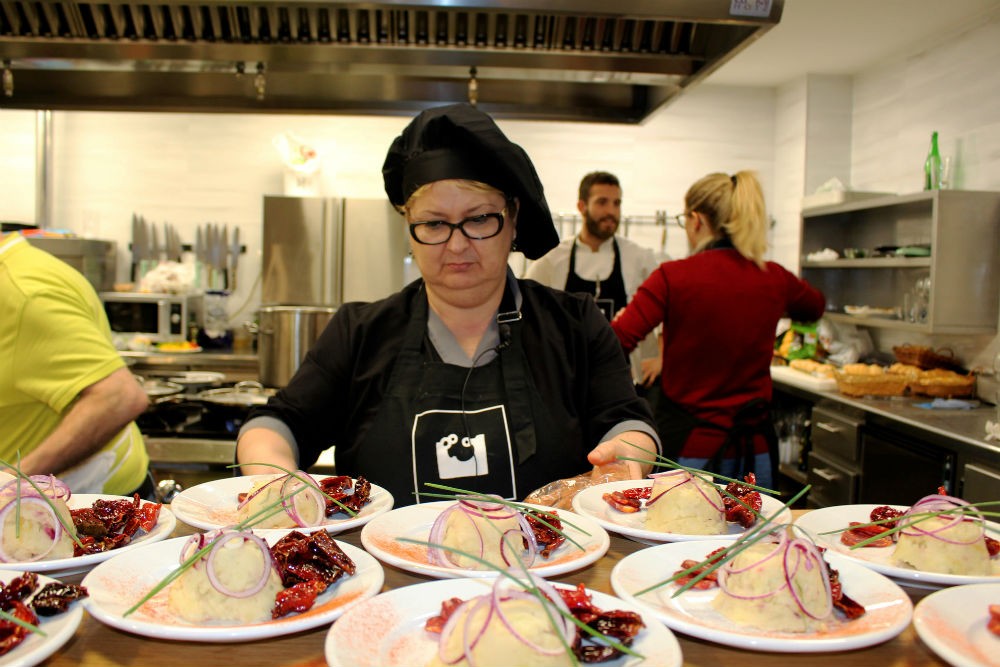 You can eat your heart out.

San Sebastian’s innovative chefs have converted the city into a gastronomic mecca which now boasts 16 Michelin stars—the most per capita in Europe and second only in the world to Kyoto. Experience this gastronomic revolution at three-starred Arzak, famed for modernizing Basque cuisine, or the mountaintop Akelarre, where the tasting menus are as stunning as the views.

For a more adventurous experience, try the Basque Culinary Center. This gastronomic university has a cafeteria run by the next generation of super chefs; visitor can also choose to don an apron themselves in cooking classes (some are in English).

Alternatively, you can easily subsist on the region’s own style of tapa: the pintxo. These generally consist of a small piece of bread topped with anchovies, tuna, or egg-and-potato tortilla, and are held together by an olive and toothpick. They go down particularly well with a glass of txotx, Basque cider, or txakoli, slightly sparkling local white wines. Make your way to the old quarter’s maze of bar-lined streets, where you can carry out your own pinxtos tasting tour, sampling traditional bites at Gandarias or modernized options at Fuego Negro or Zeruko.

Of course, the DSS 2016 program doesn’t leave out gastronomy, which you can explore in activities like On Appétit!. Each month local chefs are passing their aprons to European counterparts, who will be preparing dishes from their respective regions. Plan to stop by participating restaurants or attend a series of cooking show events. Bon appetit, indeed—or, as they say in Basque, dezagun jan!

Lily Heise’s work in tourism and travel writing have seen her blossom hunting in Kyoto, tracking down hidden Angkor temples and getting lost in the Argentinian outback. Her writing has been featured in CondeNast Traveler.com, The Huffington Post, Business Insider and Frommer’s Guides, and she also share tips on France, other travel destinations and romance on her blog Je T’Aime, Me Neither. You can catch up with her on Facebook, Twitter and Instagram.