On my first safari I was very disappointed with my wildlife photos. I missed shot after shot because I wasn’t prepared—it seemed like everything caught me by surprise. Several safaris later, one of the most important lessons I learned from shooting with professional wildlife photographers is that anticipating an animal’s behavior is key to creating attention-grabbing images. Knowing what’s likely to happen next gives you the time to think about your settings, compose your shot, and wait for the magic to happen. Even a few seconds of lead time can mean the difference between a photo that’s meh, and one that will make you proud.

To increase your chances of taking pictures you’ll love, look for these behavioral cues, have a little patience, and good luck!

Lions in the same pride are incredibly social creatures that like to play with, groom, and cuddle each other. Be on the lookout for lions joining other lions that are already sitting down. 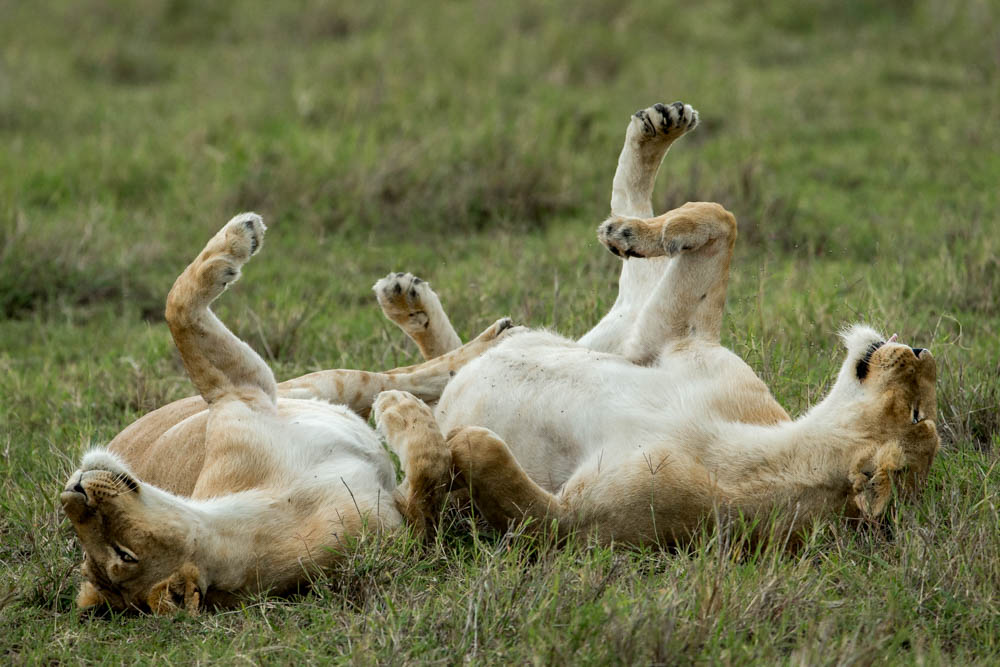 Want an image that’s filled with drama? Photograph a lion when it yawns. When it tips its head back its teeth are exposed for a look that’s satisfyingly fierce. 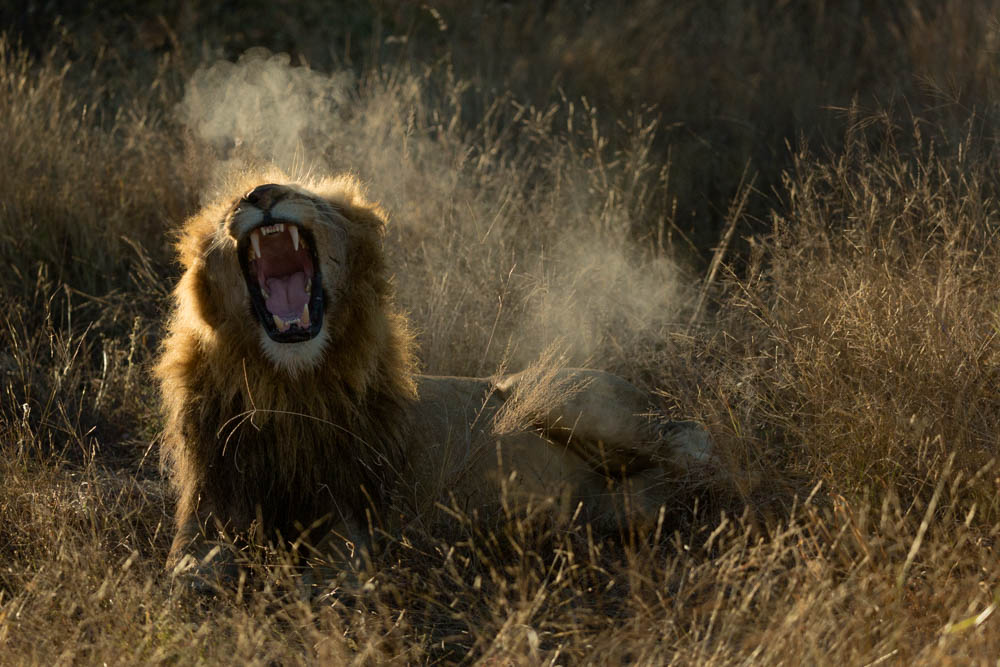 When a lion starts to yawn over and over again it could mean that it’s about to stand up. Have your camera ready, you might catch a long, lanky stretch. 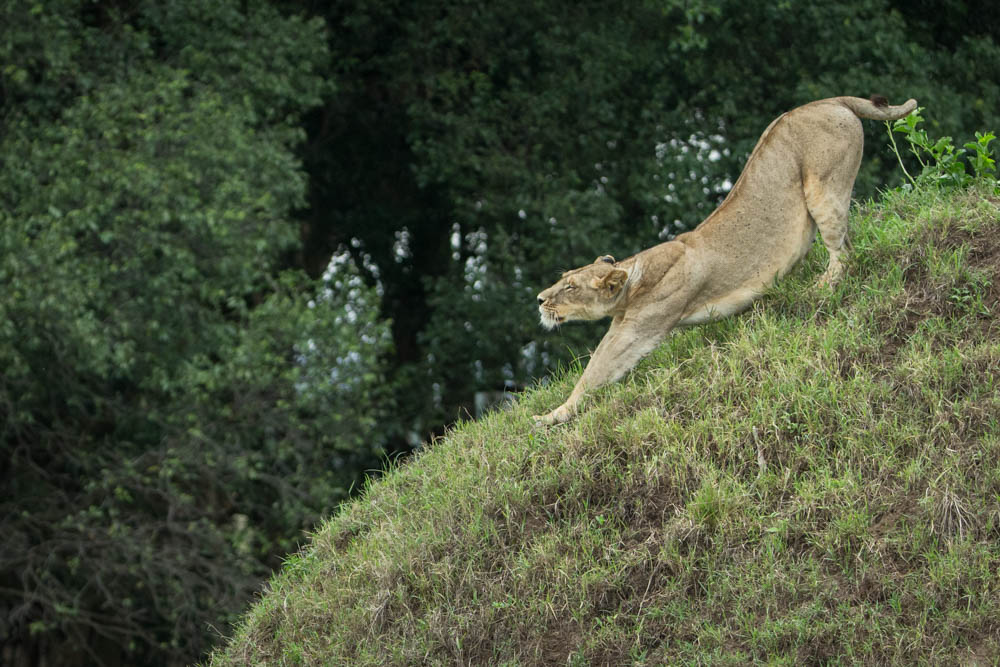 If you come across two lions that were mating but you just missed the deed, don’t fret. At the height of their courtship, lions make whoopee every 20 minutes over several days. They’ll give you plenty of opportunities to take a winning shot. 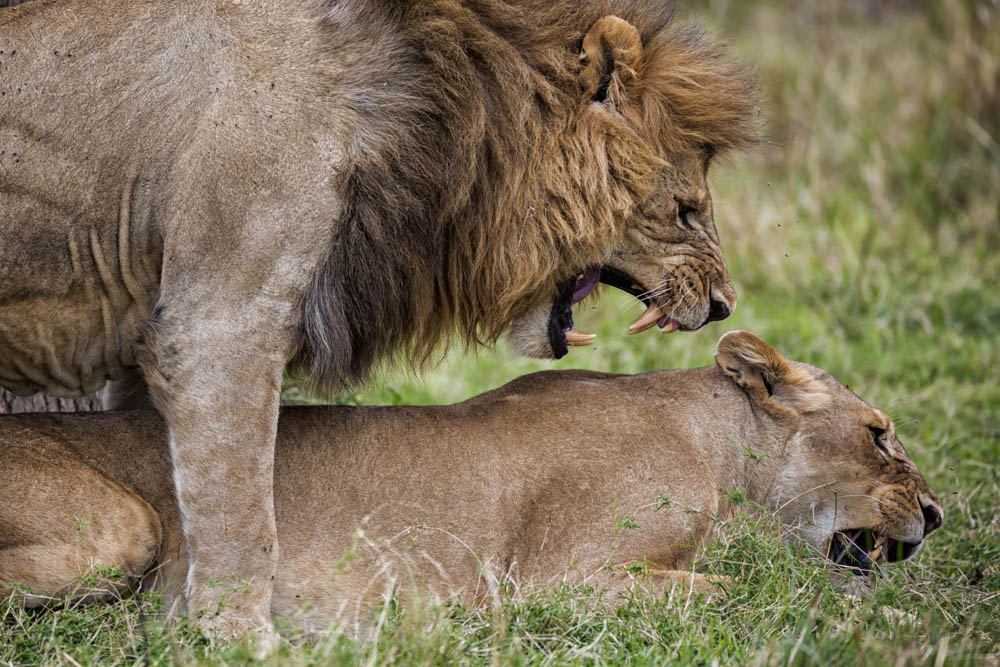 If there is a termite mound, fallen log or boulder in its path, nine times out of ten a cheetah will climb it. The smallest of the big cats, they like to use the height to search for prey or to see if there is any danger lurking nearby. 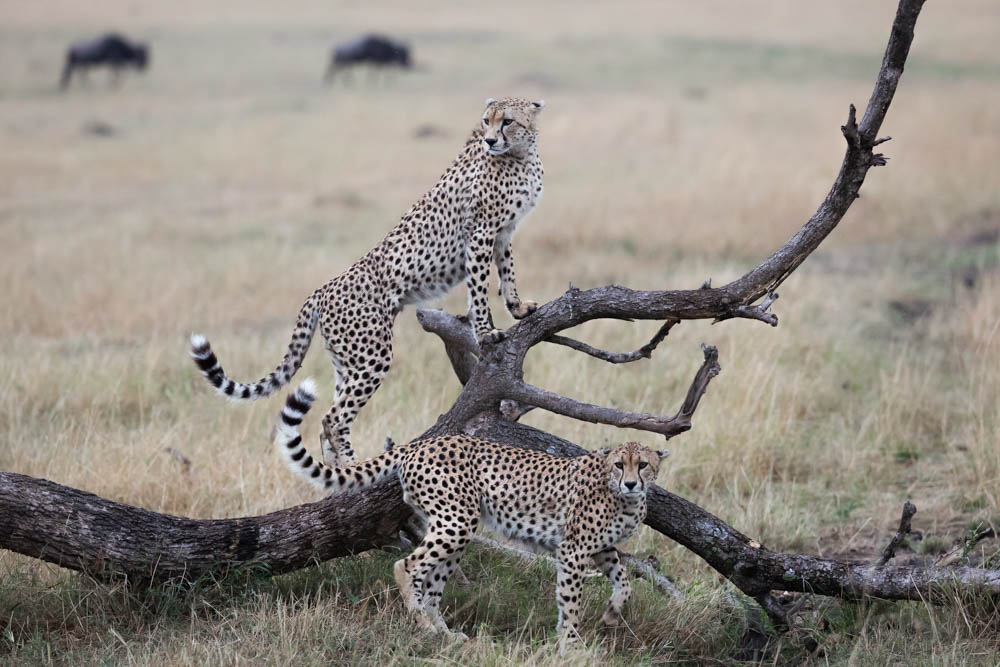 For a zebra, rolling in the dirt is like a yawn: When one starts the others are sure to follow. 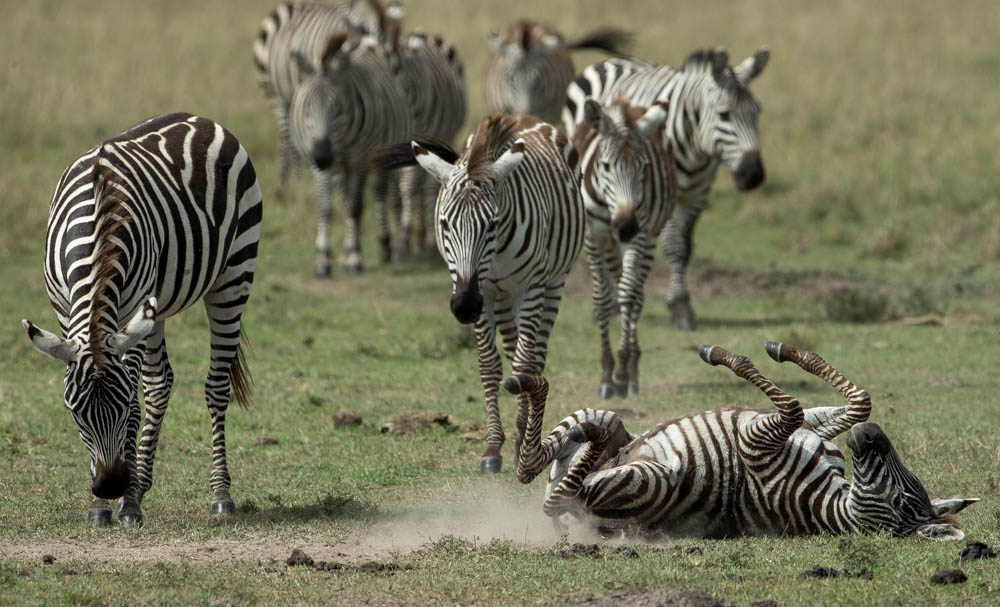 Zebras fighting, whether in play or in shows of dominance, make wonderful photographs. Look for two zebras chasing each other, forcefully nudging one another in the shoulder, or nipping each other on the muzzle for signs that one or both may rear up. 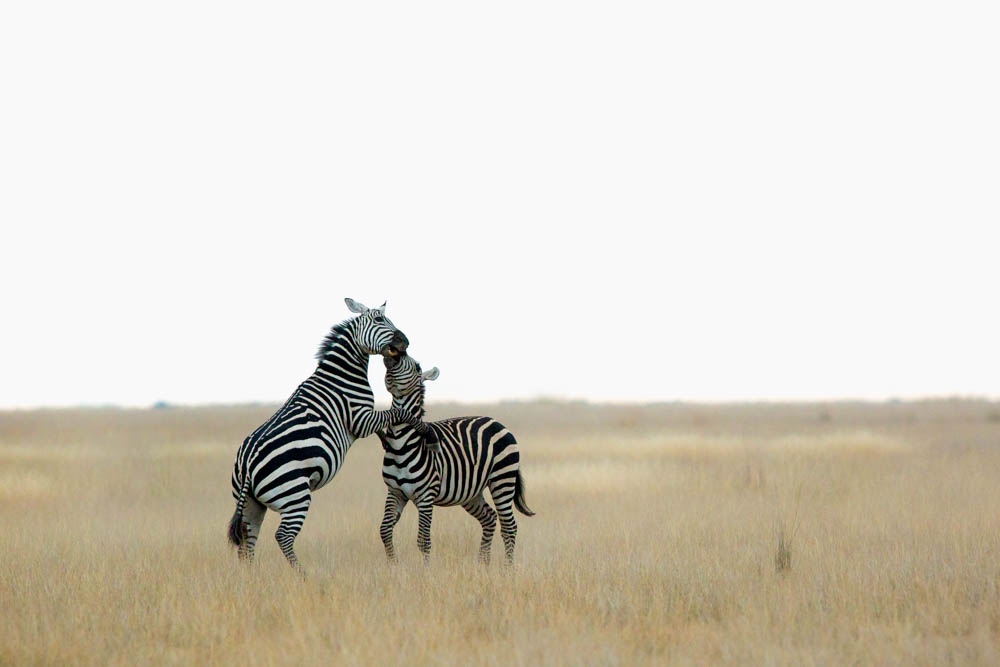 Just like zebra, other safari animals including buffalo, waterbuck, wildebeest and impala, enjoy a little play fighting too. Add their impressive horns and you get quite a show. 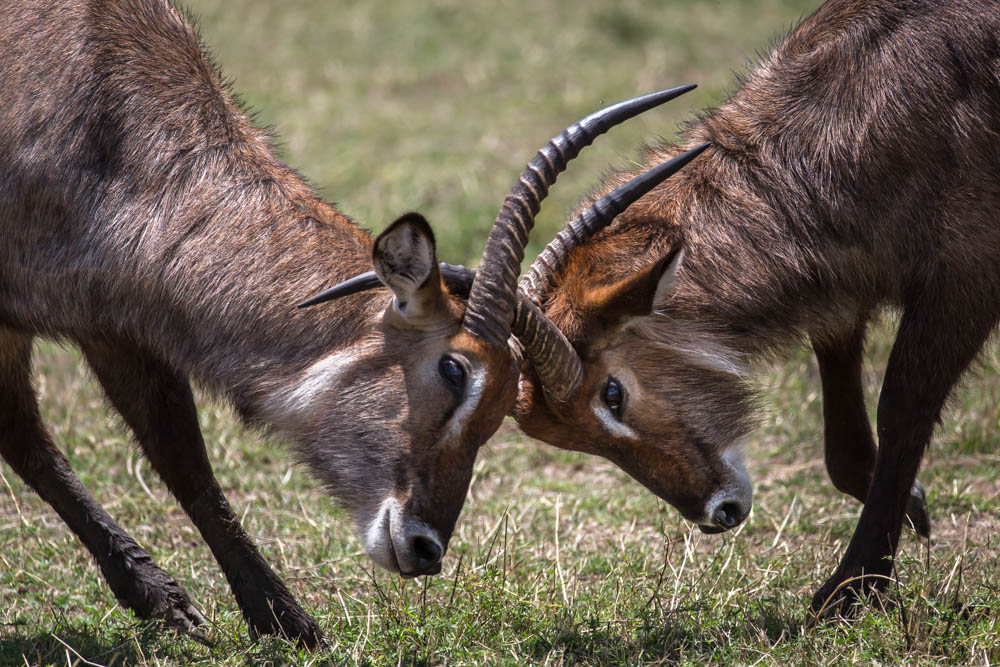 Buffalo and giraffe make it easy to capture a nice portrait. Both are highly curious and tend to stare, giving you a few extra seconds to compose your shot before they look away. 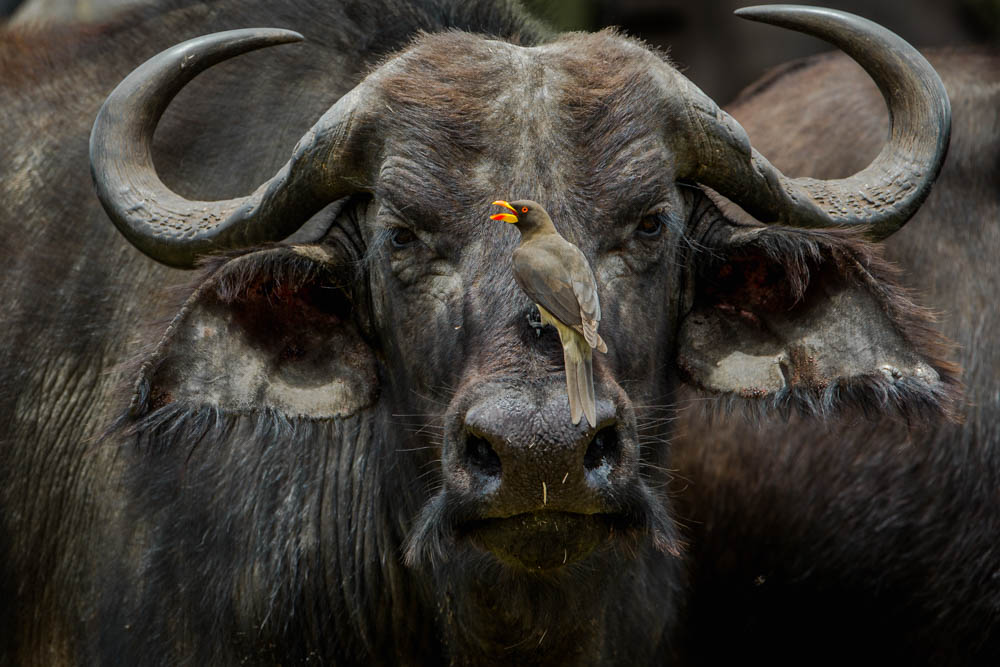 You won’t be surprised to learn that babies love to play. Watch for inquisitive youngsters to chase after birds and each other—and, apparently, there’s nothing more amusing than a parent’s tail. 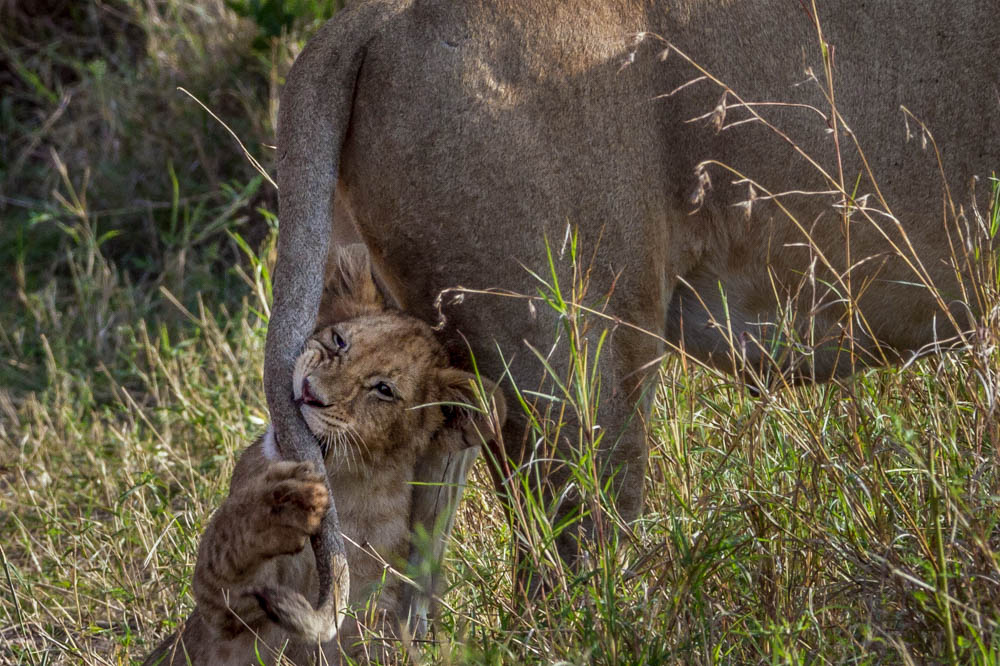 Bull elephants, especially those in musth (a period when their testosterone levels are very high) like to show others who’s boss, even when they’re not. Pay attention when one male approaches another. Signs of aggression can be seen in raised tusks and an I’m-cooler-than-you shake of the head. 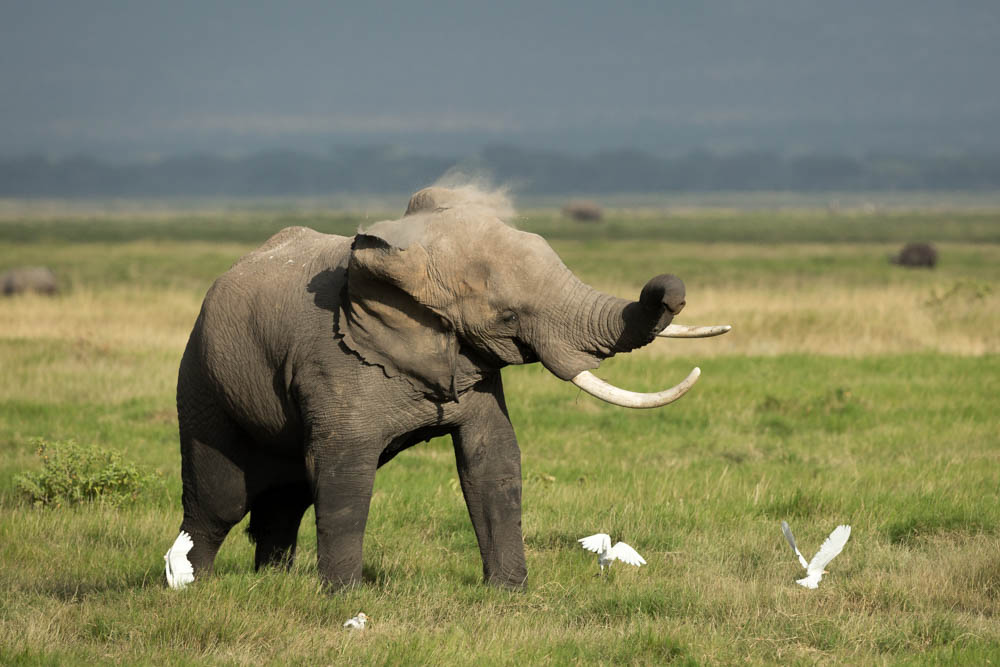 If you come across elephants milling about and kicking at the soil with their toenails, watch carefully, they may throw the loosened dirt on their bodies with their trunks in a behavior called “dusting,” which protects them from the sun and biting insects. 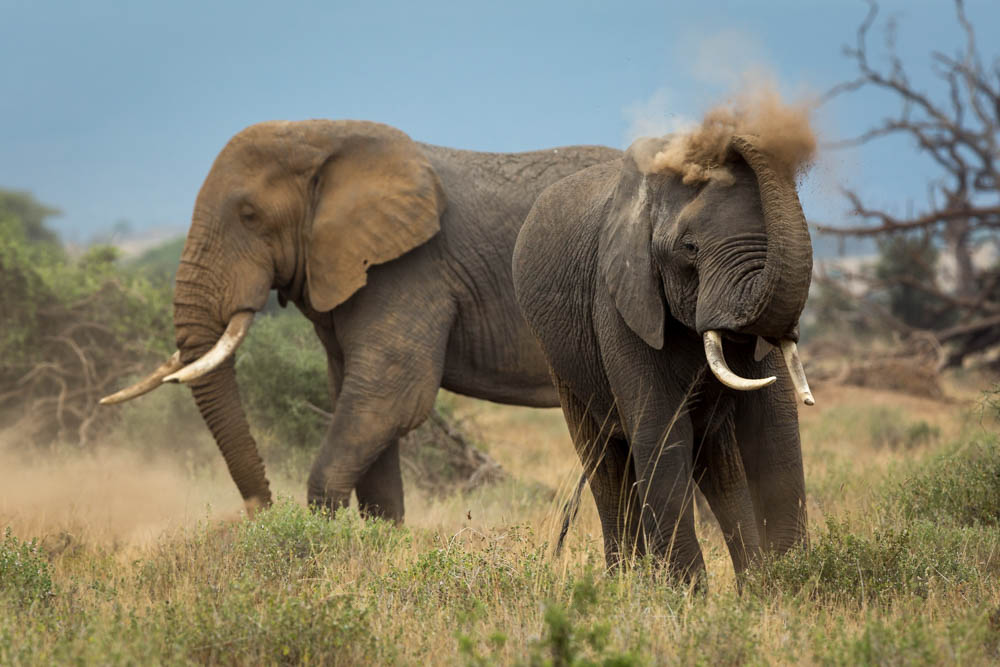 Like dusting, mud baths also protect elephants from the sun and insects. Catch an elephant near some mud and prepare for spraying, wallowing, and some great mud-caked faces. 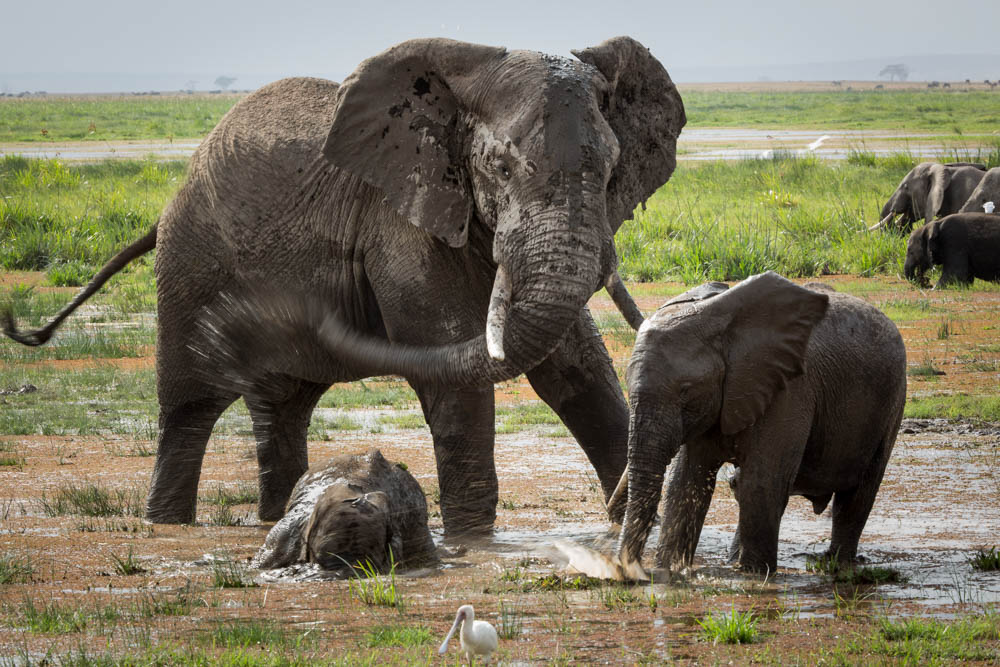 Elephants use their trunks to caress each other in greeting, to wrestle with while playing, and during displays of dominance. Be on the lookout for close-together elephants that are facing each other with their trunks raised, and you might be at the beginning of a great interaction.

Hippos are grouchy creatures that prefer visitors to keep a distance. Whether it’s another hippo or a different animal entirely, hippos will give unwanted company an impressive open-mouthed warning that exposes their banana-sized teeth. If that doesn’t chase the culprit away, a lot of splashing or a fight may ensue. 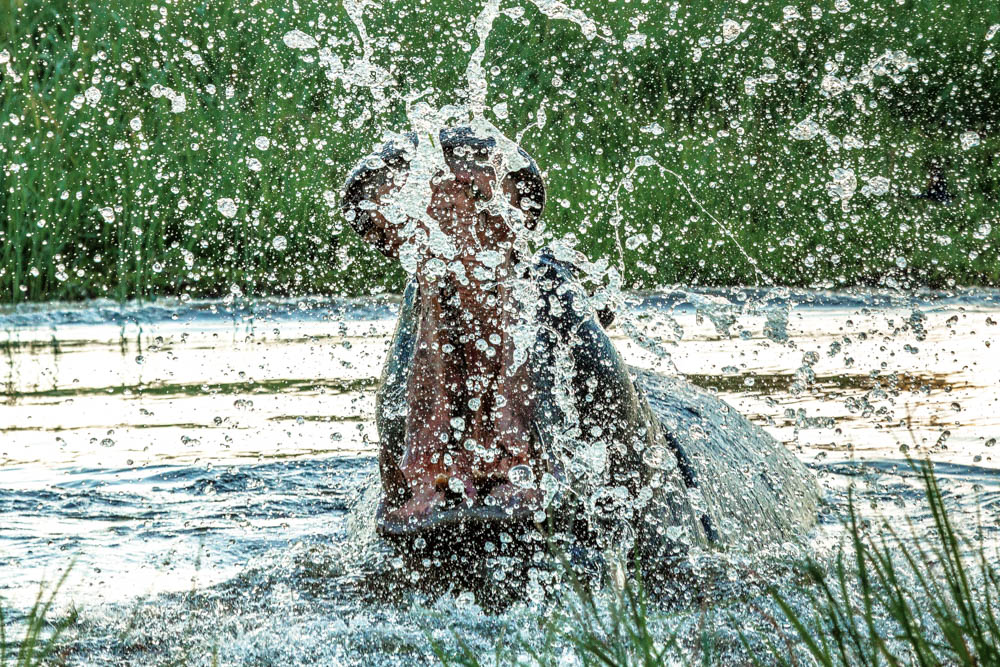 Little bee-eaters are beautiful and quick as lightening. Trying to capture them in mid-air is not an easy feat. Thankfully they will return to an elevated perch again and again while hunting, affording you the opportunity to photograph them as they lift off and land, and not worry about trying to follow them in flight. 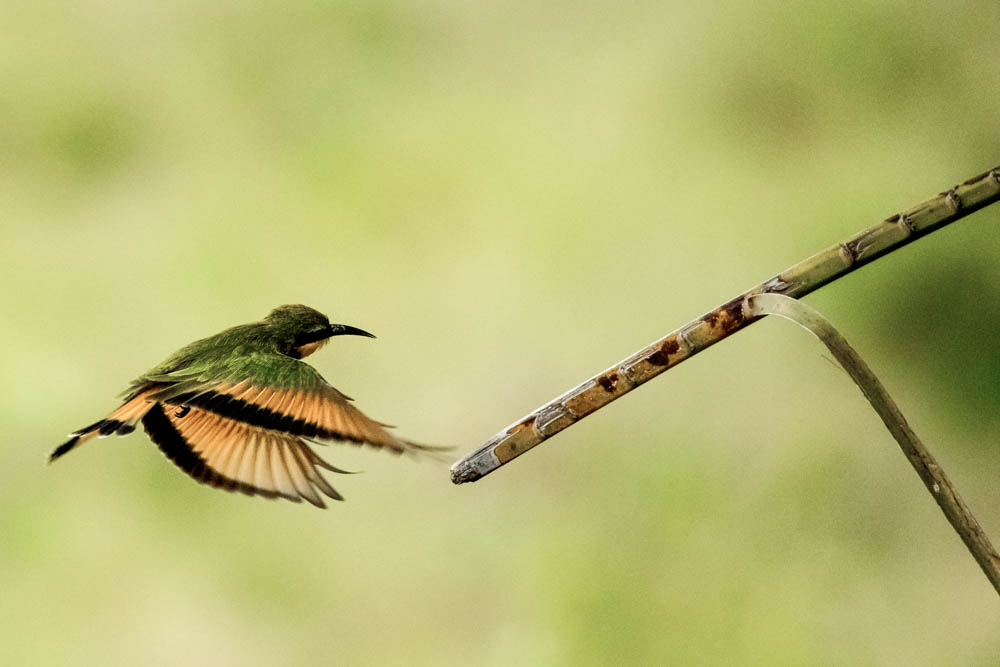 Hyenas are fascinating to watch at any time, but they’re especially photogenic when they eat. Be ready for “friendly” squabbles when they’re dining on a carcass. 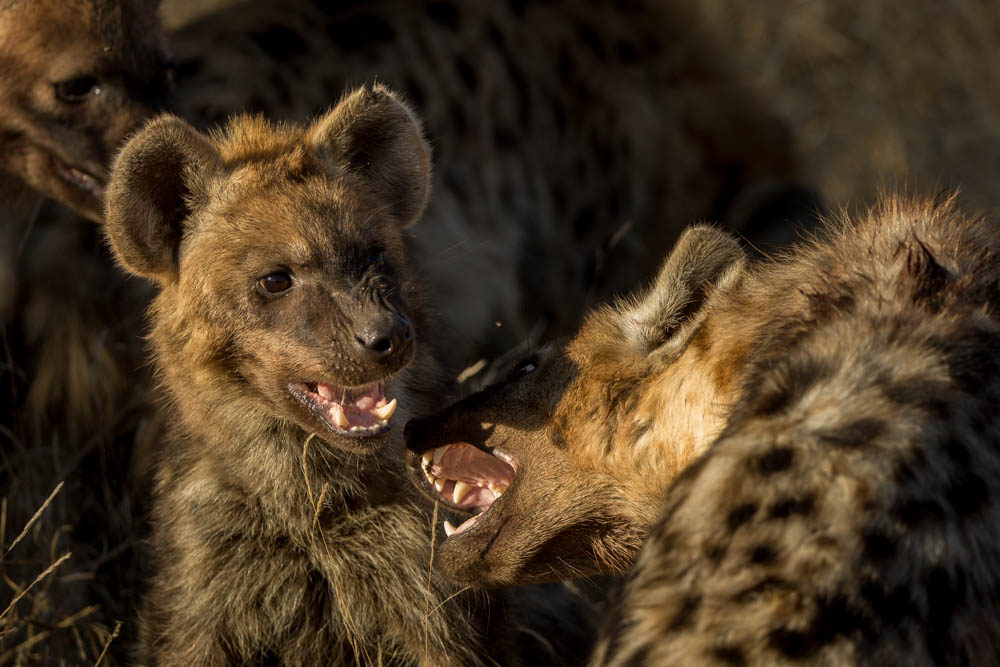 Ask Wendy: What Type of Camera Should I Take on Safari? 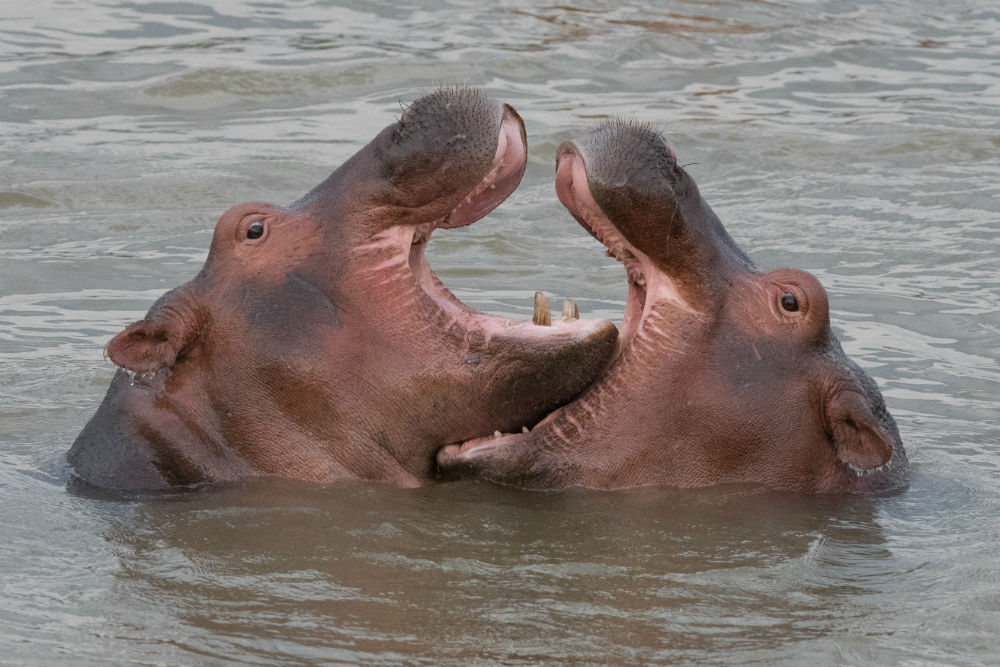 A professional photographer, Wendy’s husband Tim offers advice on the best types of cameras travelers should bring on a safari trip.

This is a Cruise Ship That Smart Travelers Will Love

How to Stay Healthy While Traveling in India

Portugal is Suddenly Hugely Popular. This Is Why.

5 Reasons to Go to San Sebastián This Year