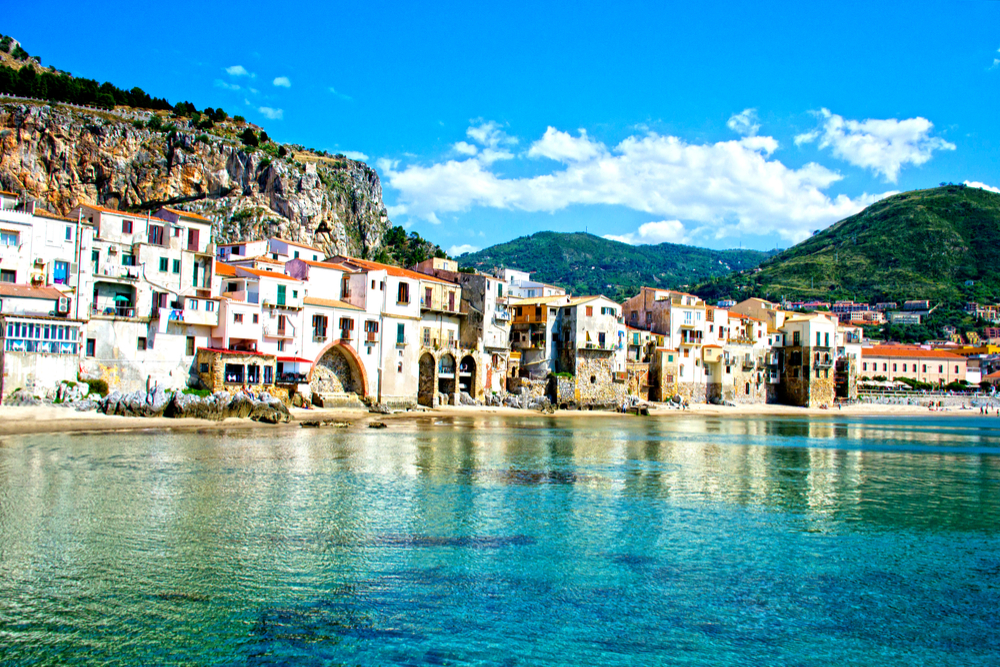 United launches the first nonstop service from the U.S. to Palermo, Sicily, this year. Photo: Shutterstock

If you’re looking for some inspiration for your 2020 travels, then look no further. Next year is going to be another exciting one for new flight route launches, and I’ve compiled a list to give you plenty of ideas for where to go in 2020.

The Most Interesting New Domestic Flights

Airlines try dozens if not hundreds of new routes every year within the U.S.—some stick around, and some disappear. So as much as someone in Orange County, California, may get excited about having Frontier flying to Vegas (that started in November), we’re focusing on the routes that will have the most appeal to the widest group of travelers, including Southwest’s first flights from San Diego to Hawaii and a big increase in options for American customers heading to Alaska.

Dallas/Fort Worth to Fairbanks, on American, May 7 through October 6

Heading east from the U.S., there are a ton of new options coming online this year. Highlights include American’s first flight to Africa (Casablanca), Delta’s return to India (Mumbai), joining United as the only other American carrier there; and the reestablishment of the link between the U.S. and Sicily with United’s new Palermo service, which makes United the only airline to offer this route. There is also a fair bit of growth from low-cost carriers such as Eurowings, LEVEL, and Norwegian, for those on a budget.

Anchorage to Frankfurt, on Eurowings, June 1 through September 28
Austin to Amsterdam, on KLM, starts May 4
Austin to Paris/de Gaulle, on Norwegian, May 6 through October 23

Denver to Rome, on Norwegian, March 31 through Oct 23

Detroit to Munich, on Lufthansa, May 4 through October 24

Las Vegas to Munich, on Eurowings, April 6 through October 23

Orlando to Munich, on Eurowings, April 7 through October 22

Phoenix to Frankfurt, on Eurowings, April 29 through October 30

Portland (OR) to London/Heathrow, on British Airways, starts June 1, 2020

Seattle to Munich, on Lufthansa, June 1 through October 23

This year, there is a fair bit of growth in the Americas. Notably, New York gets a big boost with a slew of new service as American works to find the right mix of flights to operate with its precious limited slots. But American is also growing out of Dallas/Fort Worth, and we can expect to see more in the future.

Tokyo’s most convenient and desirable airport is Haneda, but it is highly restricted. Starting in March, several new slots open up, and all the airlines that showed an interest have gained additional access. Some of these flights will simply replace options at less-convenient Narita (Delta is leaving Narita entirely ), but others are going to supplement existing service. This airport is closer to central Tokyo—not to mention Yokohama—and it’s easier for access to public transit.

Dallas/Fort Worth to Tokyo/Haneda, on American, starts March 29

The Rest of the Pacific

It’s not just Tokyo that gets love next year; much of the most interesting growth in the Pacific will be in Oceania. Air New Zealand continues to stretch its legs with nonstops to New York, while American and Qantas ramp up their offerings in celebration of their recently implemented joint venture.

Dallas/Fort Worth to Auckland, on American, October 25 through March 27, 2021

Los Angeles to Christchurch, on American, October 25 through March 26, 2021

Still haven’t found something that gets you excited? Go back to last year’s list. Most of those summer-only routes are returning, and they’re sticking around for a longer season this year. There’s never been an easier time to explore the world.

Brett Snyder is President at Cranky Concierge, a service that Wendy recommends to WOW List travelers seeking the savviest help with international airline travel. Brett’s service ferrets out the smartest routes and fares, monitors your flights, and provides emergency rerouting assistance if your flight is delayed or cancelled.

How to Maximize Your Vacations This Year

WOW Moment: A Surprise Pastry Class and Picnic in London