Thanks for the Party, Andaz 5th Avenue! 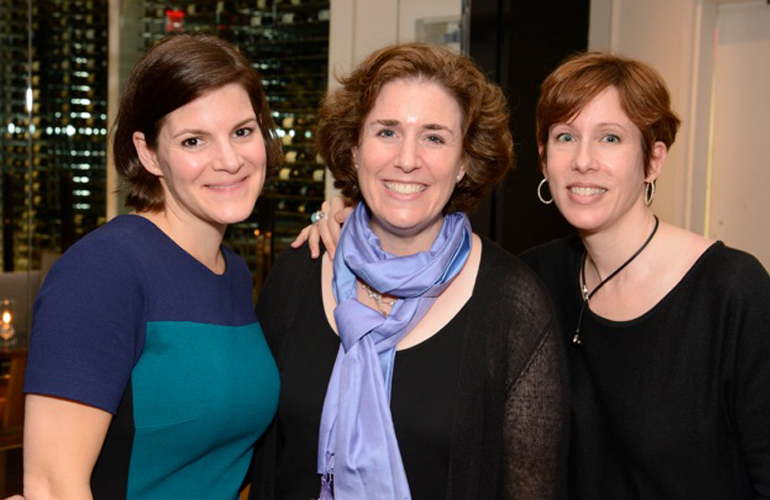 I’ll tell you a secret: A few months ago when I was still at Condé Nast Traveler—feeling perturbed that new management had laid off so many of my respected-journalist colleagues and had ended The Perrin Report (my consumer-friendly print column of 17 years), and trying to formulate an escape plan—James Boyd told me to consider going out on my own. James is a longtime friend and the VP of Public Relations for Singapore Airlines. He was hardly the first person to tell me I should start my own site.  But he was the first to tell me that, if I did, he’d throw me a party.

And that’s exactly what happened.  On Friday night.  He and Megan Montenaro, another longtime friend—Megan is the Director of Communications for Hyatt’s two Andaz properties in New York and several years ago worked at Condé Nast Traveler as its Communications Manager—orchestrated a lovely shindig at the Andaz 5th Avenue.  Not only did I get to reunite with some of my fellow Condé Nast Traveler refugees—including former editor-in-chief Klara Glowczewska, who was scooped up by Town & Country to edit its upcoming new travel magazine—but I also got to catch up with friends from all over the travel publishing world, including Airfarewatchdog founder George Hobica, mileage guru Gary Leff of View From the Wing, airline expert Scott Mayerowitz of the Associated Press, and Travel Weekly editor in chief Arnie Weissmann. You can check out the party photos here.

As you can imagine, I got a lot of questions about my new role as TripAdvisor’s first-ever Travel Advocate—questions that I answered the same way I did in this Q&A with Skift and this one with TODAY newspaper.  I assured everyone that I have big plans for wendyperrin.com (plans that I hinted at in this interview with Travel Weekly). Given that I’m splitting my time between TripAdvisor and a start-up, I need a few weeks before I can set those plans in motion, but when I’m ready to reveal them, I promise you’ll be the first to know. Stay tuned.

I’d like to thank one more person without whom the evening would not have been possible: Cornelia Samara, the Andaz 5th Avenue’s lovely general manager.  Thank you too, Cornelia!

The New York Public Library, just across the street from the Andaz 5th Avenue, on the night of the party, Friday, May 16, 2014.