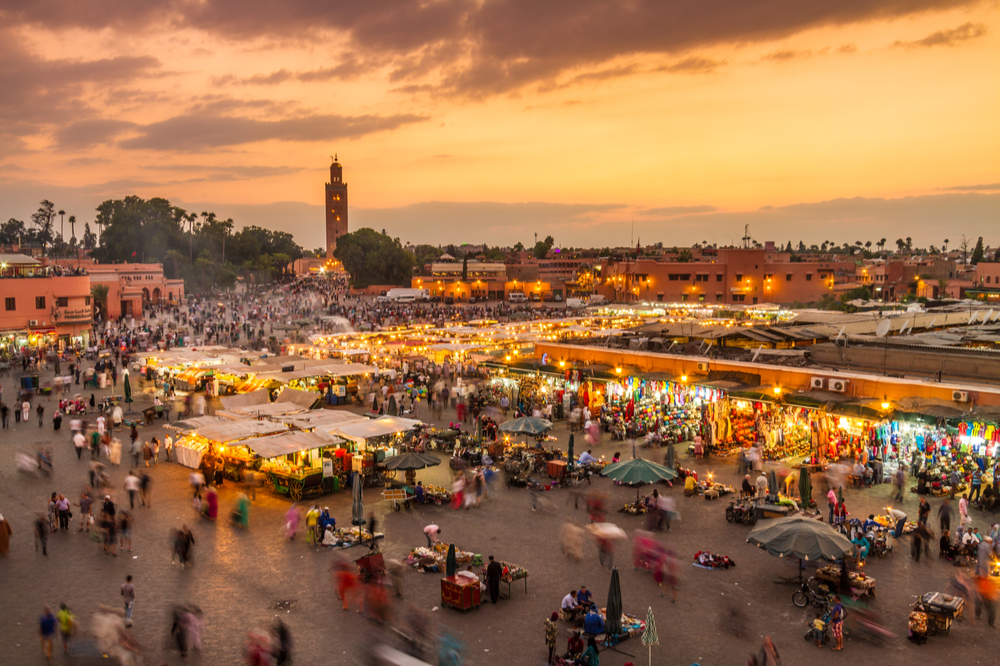 One traveler reconsidered her plans to travel to Marrakech, Morocco. Photo: Shutterstock

Some of you have been writing in, asking whether you should change your travel plans and, if so, what is the best way to work with your Trusted Travel Expert to do so.  Others of you just want to talk through your concerns. For most of us, travel is an integral part of our lives, but we also know that our current global public-health emergency demands social distancing—which means stopping travel for now.*  So, as a sort of group therapy for us hardcore international travelers, we asked a few of you to share how you came to the decision not to make trips that were supposed to start soon…and what you’re planning instead. Your decisions are a heartwarming testament to how committed you are to your place as global citizens.

“We were keeping our eye on the virus and when it started showing up in Venice and Milan it was like, uh oh. I wasn’t as worried about contracting it as I was about finding ourselves there and getting quarantined. I was thinking the one thing I know about all of these epidemics, whether it’s Zika or Ebola or the bird flu, is that whatever they tell you the first couple of days always changes because they don’t know enough. So I figured we’d monitor and make a decision when the date got closer. When they closed La Scala and the Duomo and canceled Ash Wednesday mass in Milan, I thought, That’s bad. I thought: even if we go, how much are we going to enjoy it if people are nervous and restaurants are closing early and sights are closed? We thought it’s just not worth it. Venice and Milan will be there, we’ll go back some other time. So we decided to postpone the trip. Now it seems like it was the right decision. We were scheduled to land on this past Saturday, so Sunday morning we would have been in Venice and we would now be on lockdown there until at least April 3, because they’re not letting people travel between cities without dispensation from the authorities.

Our Italy travel specialist, Maria, was, as you’d expect, phenomenal. We had a phone call, and she said these are extraordinary circumstances; notwithstanding our cancellation policy, we’re happy to give you a dollar-for-dollar credit if you plan a trip with us for the future. That was so beyond what she was required to do. So that just confirmed for me that she runs a really good business and is in it for the long term. And that was the right thing to do. And our airline also waived cancellation fees and change fees.

We have another trip to Italy planned for September with our best friends. The four of us are taking a trip to the Amalfi coast. We’re all turning 60 in 2020, and we decided we’d go to Positano and Ravello to celebrate that milestone. Hopefully we’ll still be able to do that.”

“Until this morning, we were fully prepared to go…”

“My husband and I, along with our daughter and her husband, and her two kids, ages 10 and 12, were scheduled to fly on Royal Air Maroc on Friday, March 13. When you look at the charts, Morocco has only two reported coronavirus cases. I was not afraid of contracting the virus on the way over because I was equipped with all kinds of wipes and everything else. And I was not concerned about contracting the virus while we there. My husband and I have no underlying health issues, so that wasn’t a concern, even though we are both considerably north of 60. But I was very concerned about getting back. I spoke to Wendy, and she had another angle on this: God forbid I contract the coronavirus, do I want to be in isolation in a Moroccan hospital?

Until this morning, we were fully prepared to go. Everybody I know encouraged us not to; I think we were the last holdouts. I was thinking that, health-wise, we were just as well off over there as here. But the President’s announcement last night was a huge game changer for us. First, there was the advisory that Americans not travel anywhere abroad, period. Morocco is not Europe, but his speech [announcing that non-U.S. citizens are banned from flying to the U.S. from Europe]—it sent shockwaves through the travel industry as well as us. And, second, the lack of clarity means, who knows? We’ve been to Morocco before and we love it, but the point of this trip for us was about seeing it through our grandchildren’s eyes. They’re young, we’re not, so we canceled. My daughter and her family are still going.

Our travel planner, recommended by Wendy, has been absolutely fabulous throughout, and managed to get full credit for our portion of the land costs—credit we can apply to a future trip. Wish I could say the same about Royal Air Maroc—they refused to refund or even credit our seats, even in the wake of everything that’s happening.  Unbelievably bad customer service.

We are supposed to fly to Milan in mid-May, and the verdict is still out about whether we’ll be going. We have until mid-April to pull the plug, and really hoping that everything is better by then.”

“We really started watching things carefully maybe ten days ago. It was the increasing drumbeat of concerns about exposure, and the general fact that the virus was moving beyond China and moving closer.

My husband is perhaps a little more attuned to risk things than I am. So it’s been an interesting experience to see the variance in our risk tolerance. As we saw cases begin to crop up in Norway, we began to get concerned. We were going to do Northern Lights viewing. We would spend minimal time in Oslo and be in a fairly remote place. We were ticketed on the way in to go via Munich and on the way out through Frankfurt, so watching the numbers climb in Germany was another issue.

Catherine Hamm in the LA Times wrote a great column about the questions to ask yourself when deciding whether to go. My husband and I sat down and read the article together, and I had six “go’s” and four “no-go’s” — and his were just the opposite. Just paying the money is not a reason to go, and you can’t force someone to go if they’re going to be uncomfortable. And he has some health issues, so he placed a call to his doctor who said he should not travel. And that was it. We’re not going to do this if your physician says you shouldn’t go.

On March 5, we emailed the travel specialist whom Wendy recommended to us, to say we don’t want to cancel, we want to postpone. She sent us back a lovely note that she would try to move as many pieces as possible to a later date. And I just slept so much better. It was every day: are we, aren’t we, are we, aren’t we. You couldn’t make a decision and stick with it because things were changing every day and Norway had more cases every day. And while last week I might have felt, not exactly alarmist, but more are we being chickens here? Now I see that we were ahead of the curve and made the right decision.”

“We were going with another couple, and our position was: If the plane is flying, we’ll be there. Which is what I really believed until yesterday, when we decided it was time for Plan B. It’s a long flight with a lot of people on the plane, and being in a contained area for 23 hours is a lot. And the CDC is saying that people who are older shouldn’t fly.

I am not going to say that I wasn’t concerned. But I would also say that I’m not going to completely stop living my life. My husband is a physician, and he has contacts through work with the CDC, so we’re on top of it. But we didn’t even discuss not going on our trip to Honduras (we just got back from scuba diving there for a week). The plane was packed, and nobody was wearing a mask. But as each day goes by, people get more fearful because it keeps getting worse. And the only thing that seems to be stopping it is social isolation. So we all agreed there were prudent reasons to reschedule. We are postponing, not canceling. We asked Stuart to duplicate our itinerary exactly, and we are going on December 1.”

“Viking sent us a letter saying…we’ll give you a credit for two years. That was tempting, but we still wanted to go…”

“We’d never gone on a Viking ocean cruise, so we were excited about that. We’re both retired from airlines, so we’ve done extensive travel, but not many cruises.

About three weeks before departure, the virus hit in Asia, and Viking sent us a letter saying that we hope you travel but if you do want to cancel, we’ll let you cancel up to 24 hours ahead and give you a credit for two years. That was tempting, but we still wanted to go. Then a few weeks later, Italy was starting to have problems and finally shut down, and that was two weeks from departure. Our cruise had four ports in Italy, and we were supposed to disembark in Venice at the end. We knew it wouldn’t be a problem to rebook the cruise, but we had also booked business-class airfare and were concerned we could lose a lot of money. Then we spoke to Delta, and they said we could rebook without any change fees. That was the key. We weren’t concerned about getting sick as much as our itinerary completely changing or being in quarantine if the U.S. decided not to allow anyone in from Italy. We’ve already been to Venice, so we weren’t concerned about missing Venice; our concern was the possibility of not even being able to get through it.

So we talked to Mary Jean’s team—they were keeping us up-to-date—and they immediately got us booked on another cruise for April 2021, with the cabin we wanted. We were happy with the decision. The only downside is being in Minnesota in March.”

PLEASE NOTE THAT AS OF MARCH 11, 2020:  The U.S. State Department has advised U.S. citizens to reconsider travel abroad and to avoid travel by cruise ship. Non-U.S. citizens are banned from flying from Europe to the U.S. for at least 30 days.  Public health officials advise older adults and people with underlying health conditions to abstain from travel.  They also recommend “social distancing” for everyone, which means keeping about six feet of space between yourself and others. That can be hard to do on a plane, on a train, or in an airport. 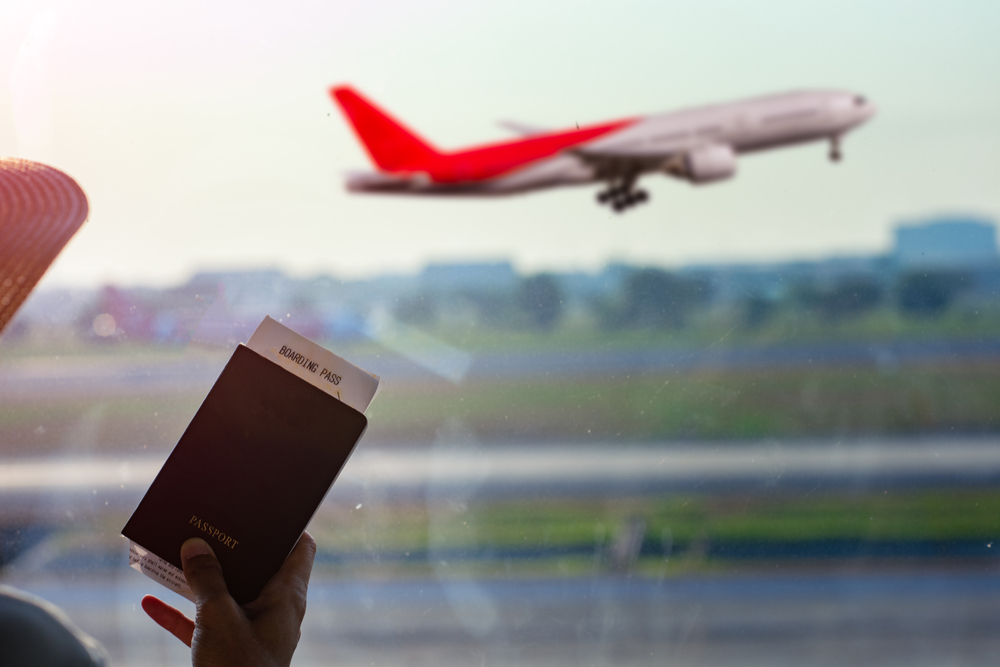 If you’re concerned about traveling during the time of COVID-19, regular travel insurance won’t help you. CFAR coverage is the only way to be protected.

Everyone has a different comfort level when it comes to travel during the COVID-19 outbreak. Whether you’re overseas or staying home, cancelling a trip or planning one, my team and I are here to advise you as best we can. Click through to read what our travelers are doing and how to proceed wisely.

What to Book Now

The Best Trips to Book in September: What to Lock in Now