How to Find the Best Seat on the Plane 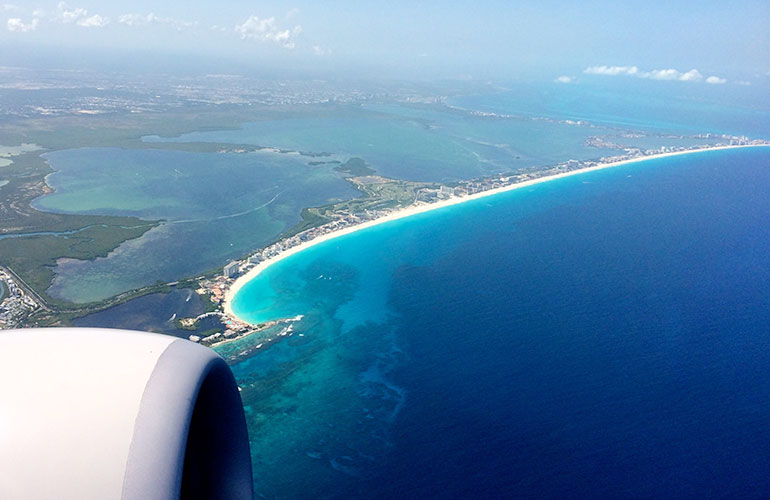 My airplane seat yielded this view flying over Cancun, Mexico.

The travel problem: How to choose the best possible seat on your flight.

The solution: SeatGuru.com. It’s not new, but it’s tried and true.

Yes, you can see the basic layout of an airplane on an airline’s own site. But when choosing your seat, it’s important to know more than just the location within the plane (though identifying the middle seat is key, of course). That’s why I click over to SeatGuru before making my seat selection every time I fly.

Type in the airline, date, and flight number (or departure location and destination if you don’t have your flight number handy), and SeatGuru provides a detailed map of the plane. Roll over individual seats to see specific details about each one: If it has limited recline, reduced seat width, or is right next to the bathroom, SeatGuru will warn you. A more general overview of the aircraft is also provided, including such things as inflight amenities and food options.

SeatGuru can even help you choose a better aircraft in the first place—one with roomier seats and better in-seat entertainment—thanks to its comparison charts. After you’ve used SeatGuru to suss out the best aircraft and comfiest seat, though, don’t forget that there are three additional steps to ensure you end up in the best seat possible.

As for the mobile app, it comes in handy when you’re at the airport and you suddenly find yourself assigned to a new aircraft (either because your flight is cancelled or your airline switches the aircraft being used) and you need to quickly check out your new seat assignment so you know whether to ask to be moved.

Full disclosure, SeatGuru is part of the ever-growing TripAdvisor family, and I’m TripAdvisor’s Travel Advocate. But I’ve been using the site since long before it was bought by TripAdvisor in 2007. It’s one of those indispensable digital tools that gives travelers valuable information and helps us make better travel choices. Now, if only it could tell us which side of the plane to sit on for the best views out the window!

How to Reserve Airline Tickets for Up to Three Weeks

Things You Can Do to Help Others During the Coronavirus Outbreak