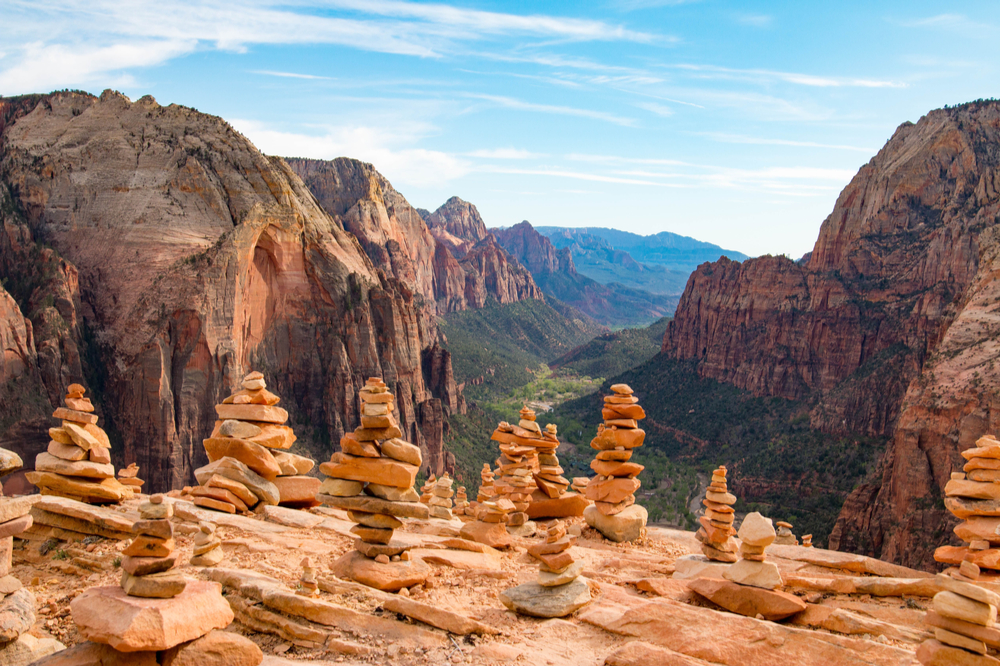 Getting away to a national park like Zion, in Utah, may sound lovely—but travelers still need to take precautions. Photo: Shutterstock

As parks across the U.S. gradually reopened this spring, some took measures to maintain physical distancing between visitors—Yosemite and Rocky Mountain National Parks, for instance, now require reservations in order to limit the number of daily parkgoers. That’s a good first step, but there are additional strategies to utilize if you want to keep largely to yourself in the most popular parks. Remember that there are more than 10,000 national and state parks in this country. We’ve always recommended going off the beaten path, and these days that could be important not only for your enjoyment of the quieter back roads and emptier vistas, but for your health. Just be sure to read the CDC’s guidance on domestic travel, use “Every State’s Coronavirus and Travel Information” to find out about quarantines and restrictions in the places you plan to visit, and learn what’s open and closed in each national park via the NPS website.

Wake up early, and explore in the evenings too.

If you can’t bear the thought of skipping an iconic spot that’s on your bucket list—say, Yosemite Falls or the South Rim of the Grand Canyon—it will be essential to time your visit right. One traveler who visited eight national parks this summer told us that mask-wearing was sporadic and crowds common at top attractions and on popular trails, including Yellowstone’s narrow boardwalks. The earlier you get up and out the door, the fewer people you’ll see on the roads and trails. Know the typical flow of traffic in the park you’re visiting. Most people seeing Bryce Canyon National Park, for example, drive through it from north to south; if you start early, you’ll stay ahead of the crowds the entire day. At night, check out Bryce’s amphitheater by the light of the moon. It’s magical, and likely few people will be there.

Use the right park entrance.

Many parks have entrances that are less busy than others. In Yosemite, for instance, far fewer people approach from the east (a route that is open only in summer) than from the west. Be strategic about which entrance you use, keeping in mind that some may still be closed due to COVID-19 restrictions; you can find details on what’s open and what’s closed in each park via the National Park Service. Reader Amy Evers and her family chose the northeast entrance for their recent trip to Yellowstone, both because it’s the least-used access point into that park and because it’s the most convenient to wolf viewing in the Lamar Valley.

Near any national park, you’re likely to find one or more state parks that are nearly as spectacular, but less visited. Utah’s Goblin Valley State Park, for example, has a landscape like nowhere else on earth, with spooky hoodoos shaped like toadstools and witches and alien invaders. These hoodoos (thin spires of rock with curvaceous profiles) are quite different from the ones that have made Bryce Canyon famous: The former have rounded edges, as if they’ve melted into shape, while the latter are more rigidly striated. But even my well-traveled, adventurous Utah relatives have never been to Goblin Valley. This part of southern Utah is so remote that the nearby Henry Mountains were the last range to be mapped in the lower 48 states, back in 1872.

Rather than sticking to the interstates, plot your route along smaller roads; even if it adds time to the drive, you’ll likely be rewarded with better views (and maybe emptier bathrooms at the rest stops). If you’re navigating between Utah’s Arches National Park and Bryce Canyon, for example, taking Scenic Byway 12 adds less than an hour to your route. The most spectacular section of this road runs from Tropic to Torrey, with several miles of pavement that cling to the knife-edge of a mountain ridge with gorgeous canyons spilling down on either side dotted with scrubby pines, earning it the moniker “the Hogsback.” Byway 12 also winds through Capitol Reef National Park (one of the country’s few national parks that you can visit for free, since the highway runs right through it). Do be cognizant of local residents’ feelings about outsiders, though; while some communities are ready to welcome visitors, others are concerned that such an influx could overload their meager health-care services.

That means avoiding the commercial areas and visitor centers, and generally limiting your time indoors as much as possible. Instead, pack picnics, research trails before you leave home, download maps to your phone, and forego the usual souvenir T-shirt shopping session. Another good reason to come prepared: The number of available rangers varies by park and could be much lower than usual, and their Covid-era duties could be curtailed too. We heard from a traveler that rangers in one park were stationed in open-air booths to help visitors from a safe distance, but in another were much harder to find—which meant there was no one to help when rules-flouting visitors set up camp on restricted grounds or brought dogs into off-limits areas

Many park visitors barely leave their vehicles, doing so only long enough to snap a photo and move on to the next marquee sight. No matter where you are, the farther you head down a trail, the fewer people you’ll see. And it’s a national park, after all, so it’s virtually guaranteed to be scenic.

Read Is This Hotel Safe? for guidance on how to choose the cleanest place to spend the night. A number of ranches out West have standalone cabins or cottages that naturally lend themselves to social distancing, and they are devising ways to keep meals and activities as private as possible. One family of readers from the D.C. area took a July road trip to parks in the Northeast, and we’ve rounded up more tips and strategies if you’re thinking of taking an RV trip yourself.

If you’re interested in a luxury road trip to see national or state parks, Ask Wendy who the right travel specialist is to plan your trip. 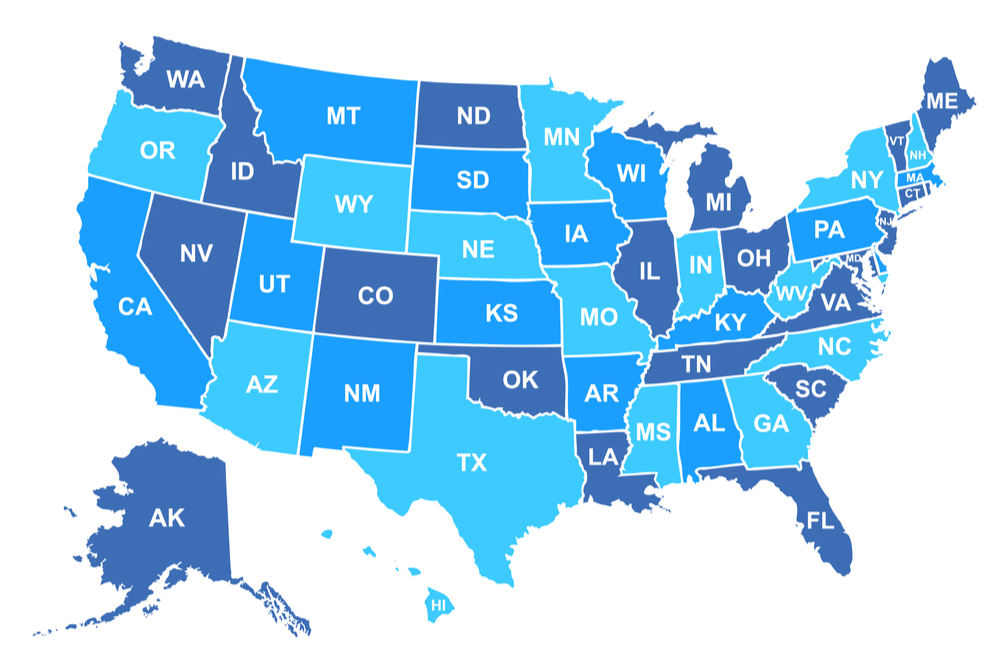 Consult this list of state-by-state travel resources and coronavirus information to help you make smart and safe decisions. 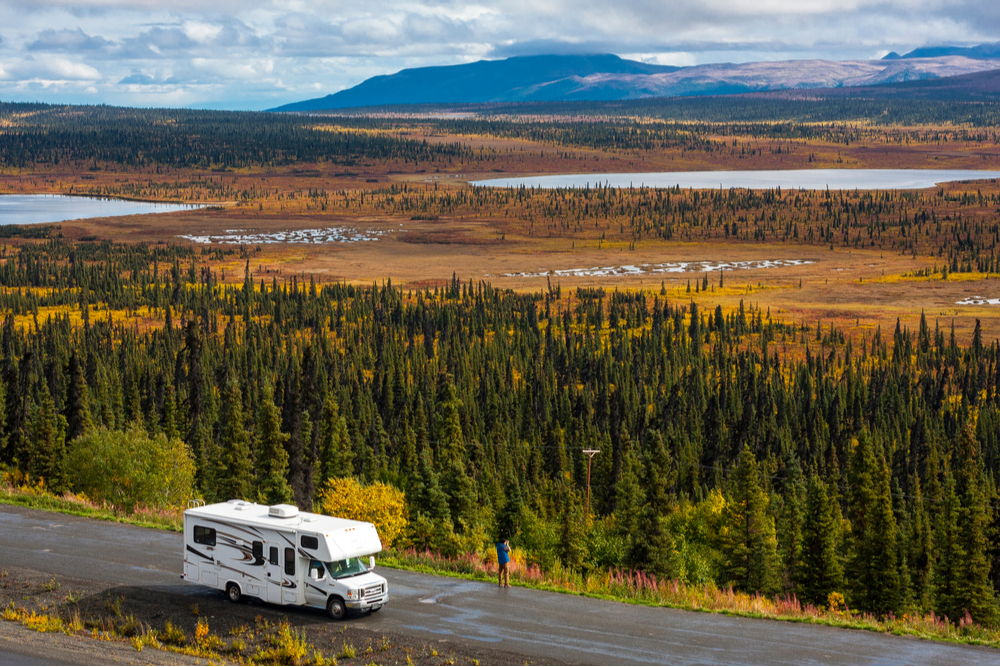 Many travelers have been asking about RV trips for this summer. Are they safe? Are they worth it? What parks are even open? We answer your questions.