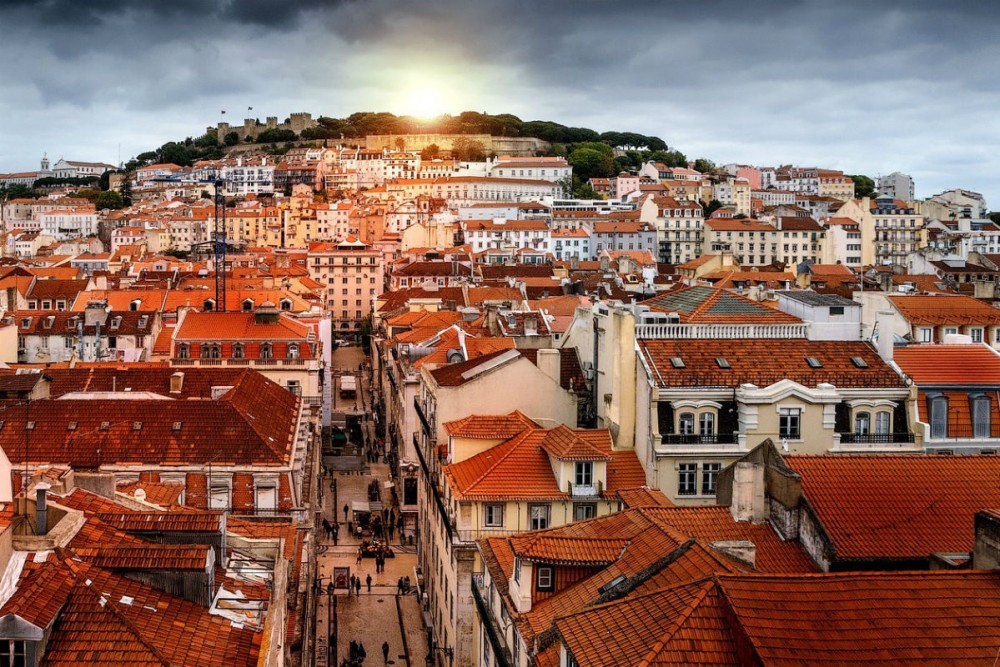 If you’re even toying with the idea of traveling to Europe next year, talk to your family or travel companions this holiday weekend and purchase your plane tickets right away. Airfare to Europe is currently at a remarkable low; cheap flights and airfare sales are popping up left and right.

“We are seeing some epic airfare sales to Europe,” says George Hobica, president and founder of Airfarewatchdog.com. “[Flights are] 66% or less than usual, and many were good for summer travel, which is highly unusual.”

Joe Brancatelli of Joe Sent Me agrees. “These are the lowest fares I’ve seen in a generation, since about 1985, give or take for inflation,” he says. “Even when you factor in seat charges and other ancillaries, the coach fares are insanely low. I mean, under $400 on major airlines to Europe. That is serious stuff. Record-breaking low stuff.”

George is seeing great deals to Paris, London, Italy, Germany, Brussels, and more, while Joe adds that Spain and Portugal are among the best deals right now. “Some of that is due to the fact that TAP Air Portugal has charged back into the market,” Joe says. “Some of it is that all three U.S. carriers serve Lisbon, Madrid, and Barcelona, and Spain itself has two carriers (Iberia and Air Europa).” Joe suggests keeping an eye out for super-cheap prices to Iceland (thanks to low-cost carrier WOW), and for business travelers, specialty carriers such as LaCompagnie for France and Emirates for Milan are making the New York–Paris and New York–Milan routes a great deal.

Well, according to Joe, who’s been covering the airline industry and consumer travel for decades, there isn’t one. “The dollar is very strong in Europe and is nearing parity with the euro—something we haven’t seen since the euro was introduced in 2002. The dollar is also at 30-year highs against the British pound. You also want to watch for cheaper room rates in specific countries (France, Belgium, Turkey) because of the terrorist incidents.”

In fact, the negatives he cited don’t actually have to do with airfare. Joe cautions travelers to watch out for “credit cards that still impose a currency-exchange fee and airport ATMs operated by currency traders (because they offer lousy rates, just like their cash booths).” And, of course, the weather. “So that means watch out for snow storms in your U.S. departure cities that can mess with your schedule. And watch the weather because some European destinations (looking at you, Paris and London) get messed up if they get snow. I mean, an inch of snow at Heathrow creates nightmares.”

If you do find yourself stranded or snowed in, Wendy recommends contacting Brett Snyder of Cranky Concierge. He and his team specialize in emergency air travel solutions, and if anyone can find a way to get you where you need to be, it’s Brett.

How to find the deals:

To find the deals, you can sign up for fare alerts at Airfarewatchdog.com or use the site’s helpful “fares from a city” feature. Just type in your departure city, and it’ll spit back great deals to locations all over the world. Two other useful tools are Google Flights (type in your departure city and it’ll show you several low-price options; shift the date to see more) and Kayak.com (when you click on the calendar icon in your initial search, small green dots below certain dates indicate days when airfare is cheaper).

So what are you waiting for? As Joe put it, “Honestly, this is one of the greatest times for Europe travel I have ever seen. Cheap fares. Cheaper hotel rates. Fabulous currency exchange rates. And because it is winter, the culture of Europe is in full swing—you’ll not only get good theater, you’ll actually meet locals in their own cities and towns. That doesn’t happen when Americans go in August!”

30 Ways to Feel Like a Local When You Travel

WOW Moment: A Private Sunset Cruise in the Galapagos