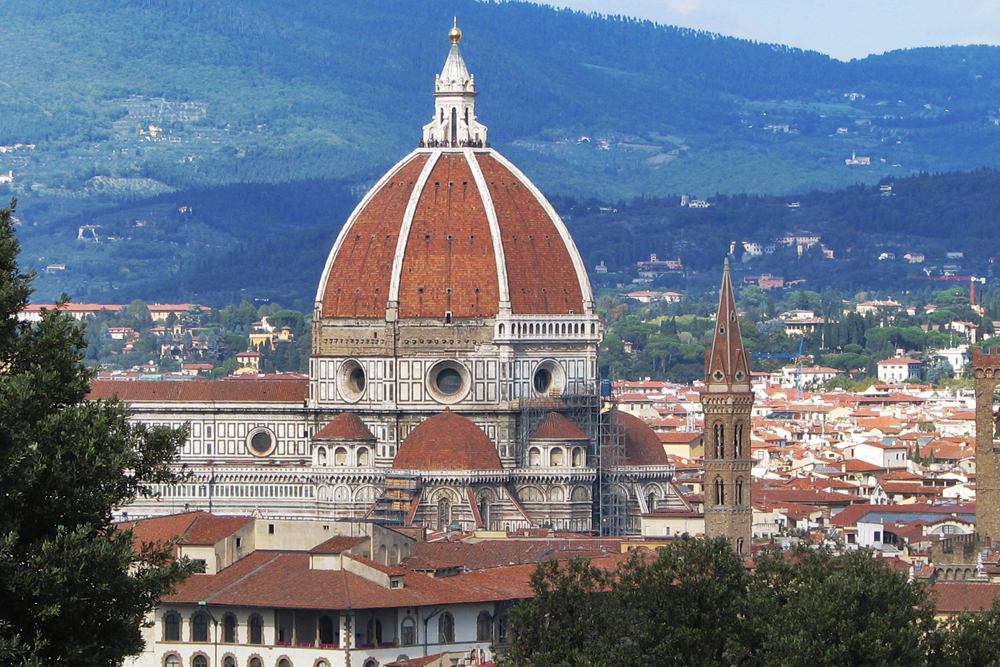 The insider advice on this page is from two of Wendy’s Trusted Travel Experts for Italy: Maria Gabriella Landers and Brian Dore of CIU Travel.

Opera singers who divide their time between Italy and the United States, husband-and-wife team Brian and Maria Gabriella design imaginative itineraries throughout Italy that focus primarily on gastronomy, art, architecture, archaeology, and history; they can also help with side trips into Switzerland. Maria Gabriella, who has a background in art history as well as opera, is an ambassador of Italian culture for Perugia’s Università per Stranieri. Brian, a former chef, worked at several New York restaurants before embarking on an international career as an operatic baritone, now an occasional side gig; he’s also an enthusiastic hiker and skier who’s tested out many slopes and trails in the Alps. Together with their team of charming and terrifically knowledgeable guides and drivers, Maria Gabriella and Brian give their clients an intimate experience no matter where they go, from Rome’s most iconic landmarks to the hidden-treasure hill towns of Tuscany to Switzerland’s cultural capitals and charming mountainside villages. 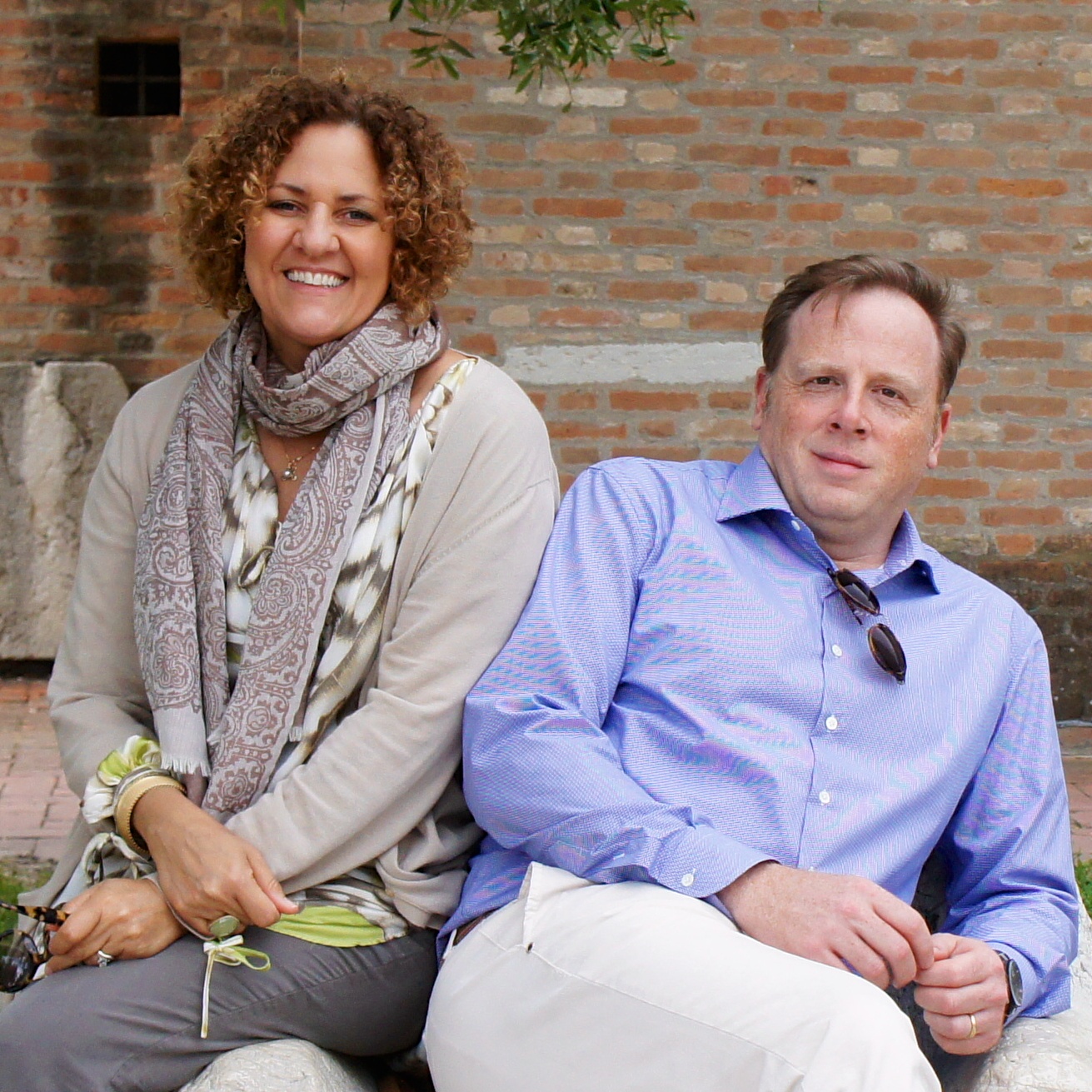 Best bang-for-the-buck hotel
Antica Torre di Via Tornabuoni occupies the top three floors of a thirteenth-century medieval tower on the boutique-lined Via dei Tornabuoni in the city center. A private residence until the end of the eighteenth century, when the tower was taken over by an aristocratic Florentine club, the space is now home to Antica Torre’s 20 spacious rooms, some with small balconies. The hotel’s most spectacular feature is its large terrace, with a bird’s-eye view of Florence and the surrounding countryside—perfect for breakfast and evening cocktails. All this for a price that is one of the fairest in Florence’s center (from 200 euros in low season).

Meal worth the splurge
One of only eight restaurants in Italy to be awarded three Michelin stars, Enoteca Pinchiorri is everything you’d expect from one of the country’s most formal and exclusive restaurants. For those who are interested in an over-the-top, once-in-a-lifetime food-and-wine experience, expect to pay at least 200 euros per person. The wine list matches the menu euro for euro: If a bottle of 1999 Masseto tempts your palate, your dinner tab will cost you more than your airfare from the States.

Must-have dishes
Drawing from the region’s rustic, rural tradition, Tuscan specialties are generally composed of a few simple but high-quality ingredients that, when combined, create a final product greater than the sum of its parts. Ribollita (the best vegetable soup you will ever have), papa al pomodoro (how good can stale bread cooked in tomato sauce be? Just you wait), bistecca fiorentina (just beef on the grill, but what beef!), and—if you’re truly adventurous—trippa (which is a nicer way to say tripe, which is a nicer way to say offal) should all be savored. Be sure to wash it down with some local Chianti for the best farmer’s meal of your life. Try Trattoria I’Parione for these classics served with modern flair. For the purist, at the no-frills Trattoria Mario near the San Lorenzo Market you’ll be seated elbow to elbow with strangers and served with matter-of-fact simplicity, but there’s no more authentic Tuscan cooking in Florence.

Palazzo Davanzati on Via Porta Rossa houses the Museo dell’Antica Casa Fiorentina (the Museum of the Historic Florentine Home), where the collection of original furnishings, artworks, and frescoes shows visitors how homes in the 1400s were laid out and appointed.

Museo dell’Opificio delle Pietre Dure (the Museum of the Workshop of Semi-Precious Stones) is hidden in plain sight right in the center of Florence and holds the small but excellent collection of pietre dure works amassed over the centuries by the Opificio, which was one of the most important artistic workshops in Renaissance Italy. Many of the pieces—intricately inlaid stoneworks on tabletops and cabinets and so on—date back to the time of the Medicis.

Don’t bother
If you are not a true art enthusiast and don’t have any special interest in Italian Renaissance painting, skip the Uffizi. In summer especially, the museum can be so packed with tourists and groups of cruise-ship day-trippers, with everyone taking selfies in front of the art, that it can be more of a headache than it’s worth. Maria and Brian can get you in without having to wait in the snaking lines outside, and their guides do their best to navigate the crowds, but it isn’t possible to avoid the crush entirely. There are many lesser-known options that showcase big-name artists, such as the Pitti Palace, where you’ll get to see the work of greats like Vasari, Giotto, the della Robbias, and even Henry Moore.

Cheap thrill
Pick up picnic provisions upstairs at the Mercato Centrale, where you’ll find tasting stands with ready-to-eat wares and specialty shops selling everything from Tuscan cheeses to artisanal beer. Once you’ve stocked up, hail a taxi to take you about seven miles from Florence’s center to Pratolino, where the Park of Villa Demidoff awaits. This estate, originally built by the Medicis in the mid-1500s, had been abandoned for centuries before Prince Paolo Demidoff restored it in 1872. Now a public park, the grounds are dotted with the remains of the original artificial caves and fountains, a number of statues, a small lake, and miles of walking paths.

Bragging rights
Maria and Brian can arrange to get you inside Europe’s largest private urban garden, the nearly 17-acre Giardino Torrigiani, with the Florentine nobleman who owns it as your guide. It’s a sixteenth-century botanical garden with an extraordinary wealth of tree and plant species from all over the world, not to mention historic greenhouses and lemon houses. You’ll end your visit with a casual aperitivo al fresco in the garden with your host, a charming thirtysomething marquis who’s much cooler than what you might expect from ancient Italian nobility.

Downtime
In Florence, most museums are open on Sundays and closed on Mondays (as are many shops and restaurants), so if you are planning a day of rest, Monday may be the better choice. Drive past the final ring of suburbs surrounding Florence, then walk from the Dominican Convent of San Domenico up the slope to quiet Fiesole, perched on a hilltop overlooking Florence five miles away. 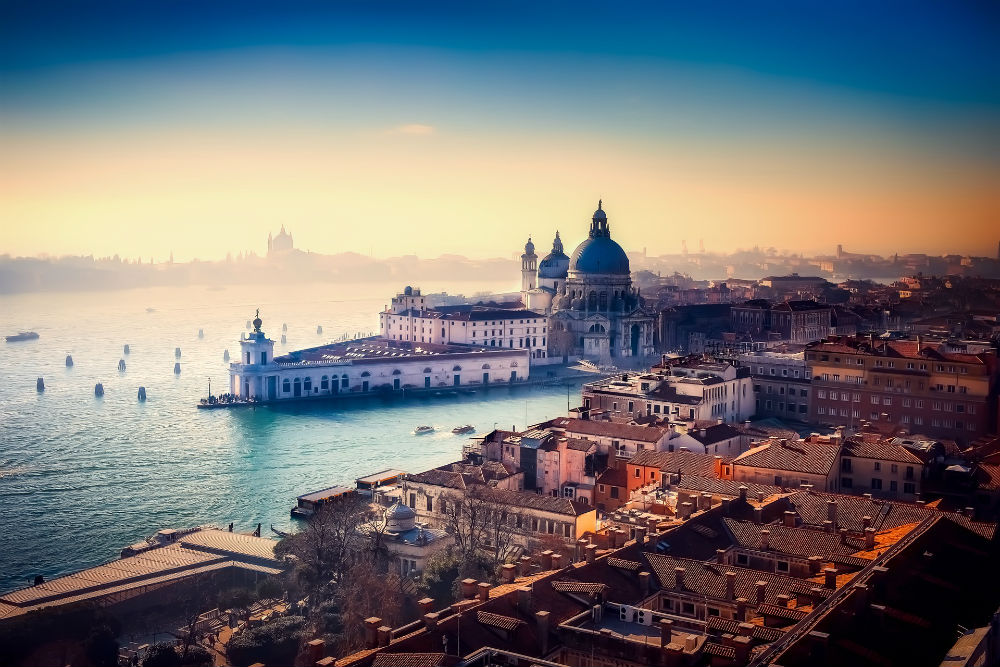 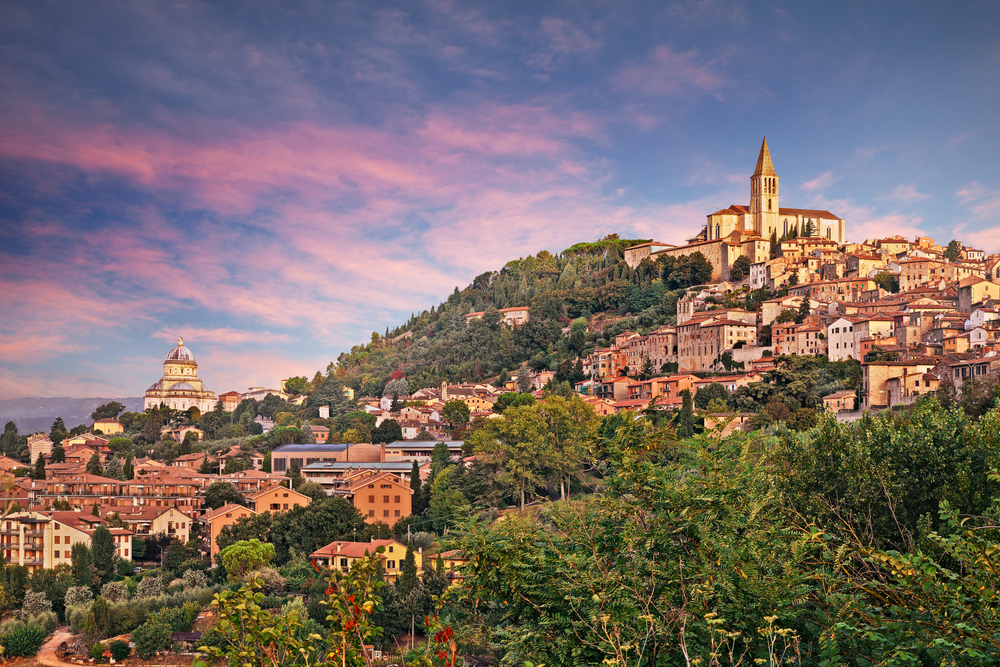 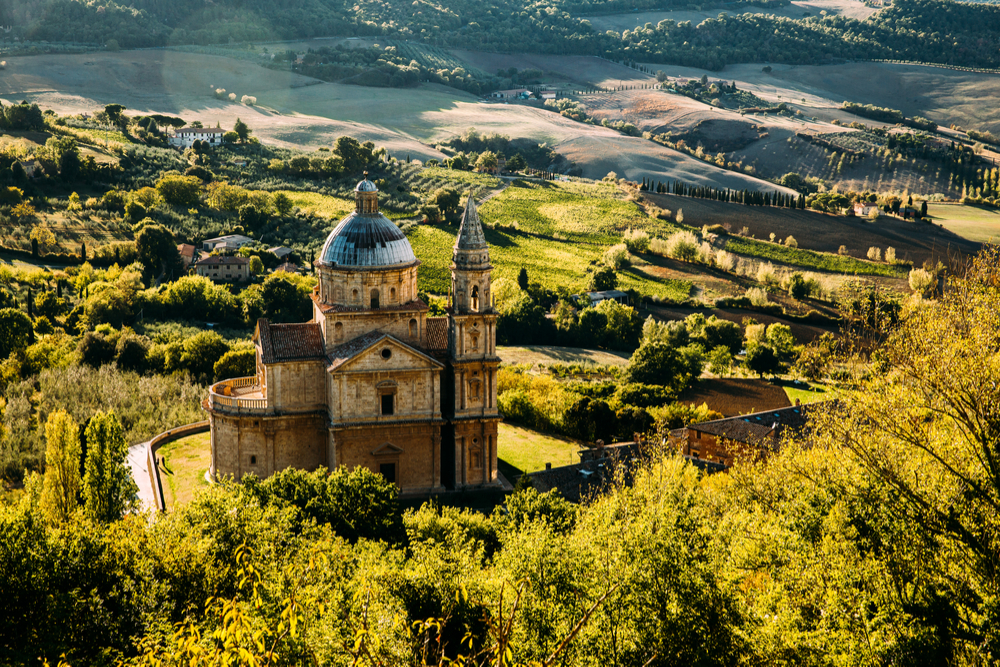 The hands-down best months to visit Florence are April, September, and October (given the mild temperatures and moderate crowds). Florence’s best festival—La Festa di San Giovanni, or the Feast Day of Saint John, its patron saint—falls in the hot and crowded month of June. Processions in Renaissance costumes, complete with drum and flag corps; a rousing match of calcio storico (picture rugby with kickboxing allowed); and a spectacular fireworks display over the Arno River all make this an unforgettable time to visit—if you can bear it.

Summer in Florence can be miserable: The city is ringed with hills, which trap heat and humidity in the valley. Locals escape as often as they can from June through August, and museums and other sights are not well air-conditioned.

Try snapping this Renaissance capital from the middle of the Arno, as you’re rowed on the placid water under the Ponte Vecchio and past the pastel palazzi lining the riverbanks. I Renaioli, Florence’s rowing association, offers boat trips down the Arno; ask Maria and Brian to organize an evening trip so you can capture the golden-tinged city at sunset.

Florence has an astounding number of museums and monuments that merit a visit. They do not, however, merit wasting precious time (hours, in high season) waiting in line to enter. Purchase your tickets for the main museums and sights (including the Uffizi and Accademia) online before your trip. You will pay a small surcharge, but it is well worth it.

Though most Florentines (especially those who work in tourism) speak English, you may get tripped up on the odd untranslated menu or sign. World Lens translates printed words from one language into another using your smartphone’s camera.

Opera glasses are fantastic for getting three times closer to that Giotto fresco in the church, hunting up a signature on that mystery painting in the palazzo, or getting a good look at a detail in that Botticelli in the museum. They are chic, discreet, easy to pack, and won’t upset the guards.

Magical visit with a violin...

Tour of the spectacular grounds...