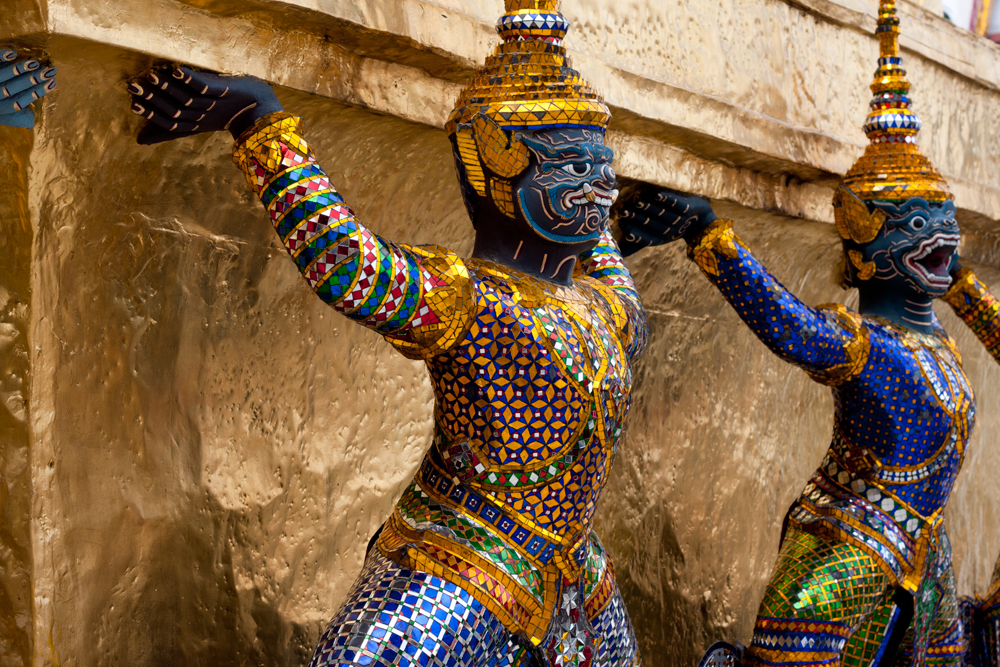 The insider advice on this page is from one of Wendy’s Trusted Travel Experts for Southeast Asia: Sandy Ferguson of Asia Desk.

Sandy grew up in Southeast Asia, graduating from the International School of Bangkok in 1969 while his father was serving in the Vietnam war. Eventually he formed his own tour company, with offices in Thailand, Vietnam, Laos, and Cambodia. Today, living in both Atlanta and Saigon, he and his son Jackson (whose mother started one of the first private tour companies in her home country of Vietnam) craft tailor-made itineraries that cater to individual tastes and interests and make the most of your precious time. Sandy knows what works best for travelers, and, just as important, what doesn’t. He has a vast network of powerful contacts in the hotel industry—where Jackson worked for a decade—which translates into status for you, and he maintains complete control of every detail of a trip, right down to handpicking every guide—all charismatic locals whom Sandy considers family (some of them really are!). These hosts are the ultimate well-connected experts in their destinations, ensuring you get a trip of a lifetime. 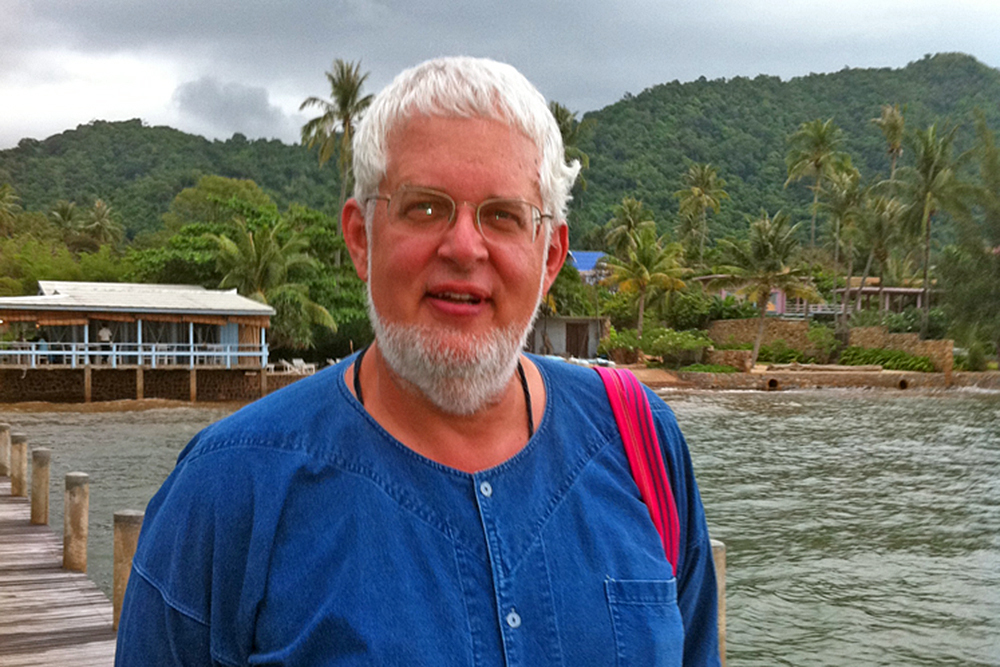 Trips start at $600 per day for two travelers, including accommodations, breakfast daily and some lunches, transportation, private guiding, and all entry fees while sightseeing; minimum booking requirement of $5,000 for land arrangements of two or more people.
Contact
Read Reviews

Rattanakosin Island. Bangkok’s old royal district is set on what was once an island bounded by the Chao Phraya River to the west and two connecting khlongs (canals) to the east. The entire area can be covered on foot in a day and has no high-rise buildings or shopping malls. This is without a doubt Bangkok’s most interesting and exotic quarter and the site of, among other things, Wat Mahathat, the headquarters of Thailand’s largest monastic order; the Grand Palace, which includes Wat Phra Kaew (Temple of the Emerald Buddha) and Wat Pho, Bangkok’s oldest and largest wat, famous for its 50-yard-long Reclining Buddha. Wat Saket, in the heart of Rattanakosin Island, is a low hill crowned with a gleaming gold chedi, or stupa, dating from the Ayutthaya period (1350–1767 A.D.). In the morning light, it’s a photographer’s dream.

Patpong Night Market. Let’s just say that after more than 30 years as Bangkok’s most popular nightlife district, its appeal has fallen hard. Lots of pushy touts, aggressive vendors, and a host of seedy venues are just waiting to rip you off.

The spa at the Mandarin Oriental is the best (see Best-value splurge hotel, below), but if you are not a guest of the hotel I suggest the Phothalai Spa (off Praditmanuthum Road in the Bangkapi area, about a 30-minute cab ride from most hotels). It’s a full “leisure complex” and a favorite of locals. Massage treatments start at $58 for an hour and a half. I suggest following one of those with a foot massage for $24, then brunch in one of the many restaurants. (Remember that traditional Thai massage can be painful and leave you feeling sore.)

Hidden gem
Kudeejeen, an old Portuguese settlement on the opposite side of the Chao Phraya from the Grand Palace. Thailand’s trading history shows through in the Roman Catholic Church of Santa Cruz, the neighborhood’s architecture, and its food stalls. It’s not uncommon to find Thai families here today with Portuguese last names.

Most overrated place
Chatuchak Weekend Market. Yes, you will be able to buy anything and everything here, but mostly what you’ll find is things that won’t fit in your suitcase, plus crazy heat, and insane amounts of traffic getting there. The MBK shopping mall is a good alternative, and it’s conveniently located along the Skytrain.

Most underrated place
The Jim Thompson House Museum, an estate of gardens and teak houses right in the heart of the city, gives a glimpse into not only the silk industry but also life in Thailand as seen from a Western perspective. You can get there via a canal that runs through the middle of Bangkok and is used by thousands of people everyday to commute to and from work.

Cheap thrill
Motorcycle taxis. They’re the best way to avoid traffic (and a ride usually won’t cost you more than $2), but be sure to wear a helmet! 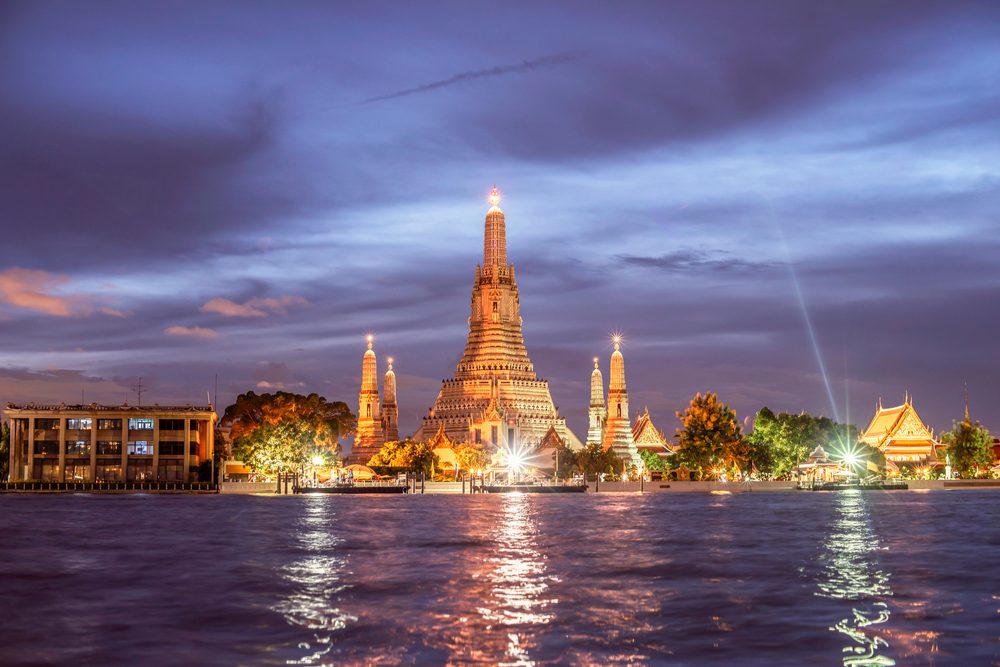 Instagram moments
The view of Wat Arun at night, when the stupa is lit up, from the rooftop of the Riva Arun hotel.

The Pak Klong Talat morning market, where vendors sell flowers of every hue for as far as the eye can see. Be sure to pick up one of the sweet-smelling chains of “love flowers,” which you can see being hand-strung here. Costing almost nothing, these delicate flowers remain fragrant the entire day and make great posts on Instagram.

Perfect souvenir
Casual clothing, such as colorful and light elephant pants for women and stylish denim-colored “farmer’s shirts” for men, is sold everywhere. I recommend the native organic cotton for garments that will last a lifetime.

Best bang-for-your-buck hotel
The Mandarin Oriental Bangkok is without a doubt one of the finest and most storied hotels in Asia. It’s also the best value you’ll find at the luxury end of the spectrum. The staterooms facing the river are our favorites, though there are only eight of those in the River Wing. The superior River Wing rooms are also recommendable.

Best-value splurge hotel
The Mandarin Oriental Bangkok is without a doubt one of the finest and most storied hotels in Asia. It’s also the best value you’ll find at the luxury end of the spectrum, and it has recently undergone a complete room renovation. The Superior rooms in the River Wing are just fine, but if you want the prime view, book one of the eight Staterooms, which face the river head on.

Restaurant the locals love
Raan Jay Fai. This little street food spot has garnered a lot of attention since it was awarded a Michelin star. But owner Jay Fai stays true to her roots and is still manning her open-flamed wok; we recommend the crab omelet. They do have a new reservation system, but expect a wait that is well worth it.

Must-try dishes
Phad kra pao gai, or Thai basil chicken, is a local staple eaten for every meal. This mix of chili peppers, garlic, and basil in a sweet soy-and-fish sauce also comes in beef and pork versions. It’s available at most any restaurant; don’t forget the sunny-side-up egg!

Street satay, or grilled skewers of curried meat purchased from street vendors. Whether you choose pork (moo) or chicken (gai), grilled street foods are usually safe to eat, so knock yourself out! The best vendors are in the Victory Monument area and Phahonyothin Road (Soi 1), which is a five-minute walk north of the monument. Take the Skytrain to Victory Monument station and walk out Exit 3 or 4. The vendors start closing up shop after 8 p.m.

Meal worth the splurge
Sra Bua by Kiin Kiin serves Thai food with a modern—and sometimes molecular—twist, mixing traditional ingredients with cutting-edge techniques. It will definitely be different from anything else you have tried.

Prime picnic spot
Lumpini Park. Encompassing 142 acres, Bangkok’s oldest public park was created in the 1920s by King Rama VI on royal property; a statue of the king stands at its southwestern entrance. Lumpini Park was actually named after Lumbini, the birthplace of Buddha in Nepal, and at the time of its creation stood on the outskirts of Bangkok. Today it lies in the heart of the main business district but still retains plenty of quiet spots for a midday picnic (with the occasional view of an impressive monitor lizard). 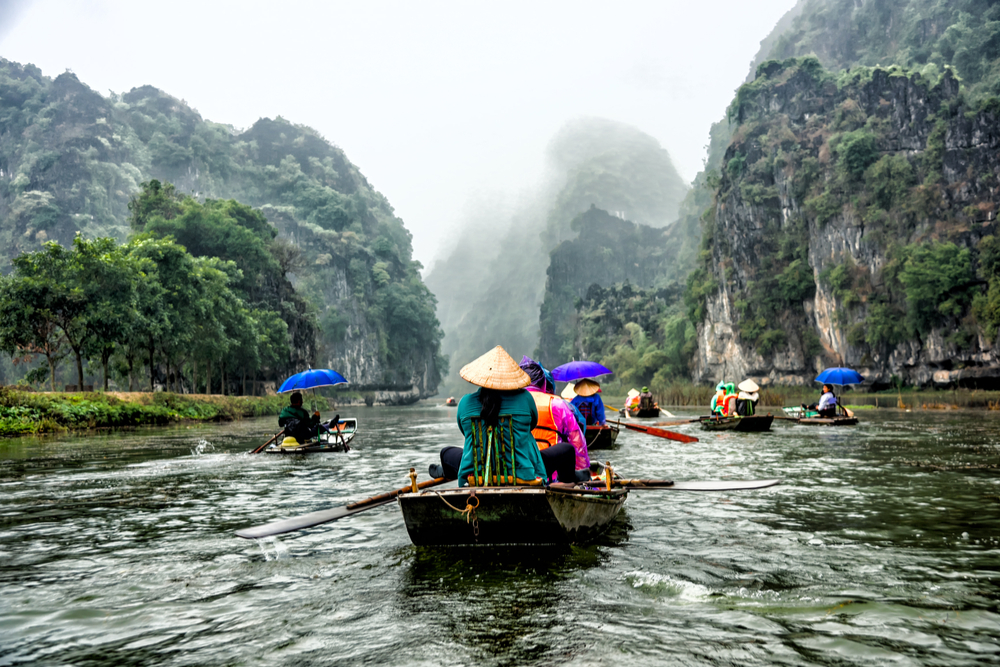 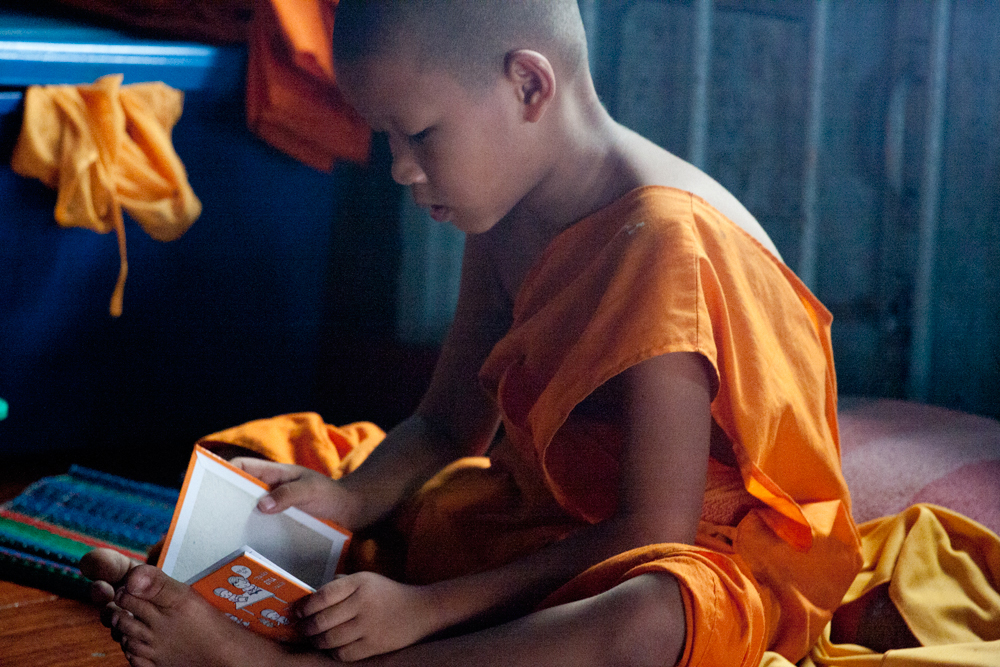 November through January sees the coolest temperature and least humidity, but it’s crowded. April and May are gems for bargain hunters, as it’s low season; just be prepared for steamy days with the mercury hovering in the 90s. Songkran, the traditional Thai New Year’s festival, takes place the second week of April and is a fun time to visit.

September is hot and rainy.

Visiting Bangkok at the beginning of your trip. This sprawling metropolis can be overwhelming as a first destination; instead, put it at the end of your journey, when its luxury hotels, great food, and excellent shopping scene make it the ideal place to rejuvenate before heading home.

There are plenty of places that sell gemstones in Bangkok, but don’t buy expensive jewelry unless you really know what you’re doing. Otherwise, you might get home and find that your gem isn’t worth quite what you paid for it.

Yes, you can have a suit made overnight for about $100, but know beforehand that it’s impossible to have a quality suit made overnight. Bangkok is full of fine tailors that offer great value. Ask your hotel for a recommendation and be prepared to pay for quality and to go back for a fitting or two.

Avoid taxi drivers who refuse to use the meter in their cabs at night. Chances are they’re going to overcharge you (see “Must-have App”).

Grab Taxi, Thailand’s version of Uber, will save you from taxi drivers who refuse to turn on the meter and who charge atrocious fares.

Tipping in restaurants is not necessary, since a 10 percent service fee is usually included. It’s very European in that respect. But an additional 100 Thai baht for services is always welcomed and shared by those who serve. In a taxi, round up to the nearest 100 baht.

Beware the “freelance taxis” at all airports; instead, take a car service (there are stands in every arrival hall) or a metered taxi from the queue. Never get into an unmarked vehicle, no matter how good the driver’s English may be, as you will likely be cheated.

We strongly suggest treating yourself to VIP services at Bangkok’s Suvarnabhumi Airport, especially when arriving late on an international flight. You’ll be met at the gate by a representative who will take you through a private and expedited Thai immigration process. Bangkok is a major air-transportation hub, and there’s nothing more trying after a long journey than standing in more lines! After getting stamped into Thailand, the representative will accompany you to the baggage claim, through Thai customs, and on to whoever awaits you. It costs between $120 and $200 for two people and is worth every cent.

Most international airline schedules have you arriving in Bangkok very late at night; flights back to the United States typically depart in the morning. This means you will have to take a “forced overnight” on both ends of your international air schedule in Bangkok. We suggest spending your first night in Thailand within the airport complex at the Novotel Suvarnabhumi. Normally, because of the time difference (you are about 12 hours ahead of yourself when you land), you will find yourself sleeping only a few hours and awakening quite early the following morning, ready to fly to your first destination.

A shower-proof shell-type windbreaker for cool evenings and the short but intense downpours. Also bring plenty of light cotton shirts, skirts, and trousers and hearty cotton handkerchiefs to wipe the sweat from your brow!

Sandy and his team have shown me…

The trip met our every expectation…

Ceremony and dinner at the home…