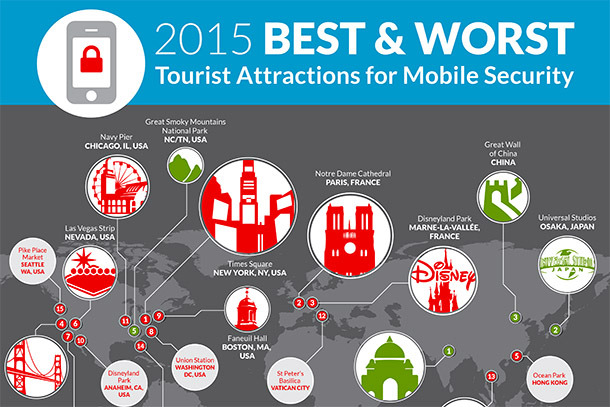 These days, traveling is almost impossible without a mobile Internet connection. Between Google Maps, TripAdvisor, Yelp, and other booking and review-based apps and websites, you need your phone to get the most from your trip.

And with international data packages so expensive, you might think a cheap or free Wi-Fi connection is your best bet. But maybe not. Mobile threat defense company Skycure says you should disconnect when traveling in certain high-risk destinations. Here’s why.

Skycure studied the world’s top tourist destinations (based on data from Travel + Leisure) from June 2014 to June 2015 to determine the places most frequently targeted by malicious networks. Times Square in New York City topped the list with the highest threats, followed by Notre Dame Cathedral in Paris and Disneyland Paris. The full list of tourist attractions with the highest risks is below.

Where is your network the most secure? Places with remote connections and restricted mobile phone use. The Taj Mahal in India, Universal Studios in Japan, the Great Wall of China, Sydney Opera House, and Great Smokey Mountains National Park round up the top five safest spots to connect to a Wi-Fi network.

How to Stay Safe

Follow these quick tips if traveling to high-risk destinations:

Also from Smarter Travel: The 8 Best (and Worst) Travel Apps

12 Ways to Improve Your Next Trip 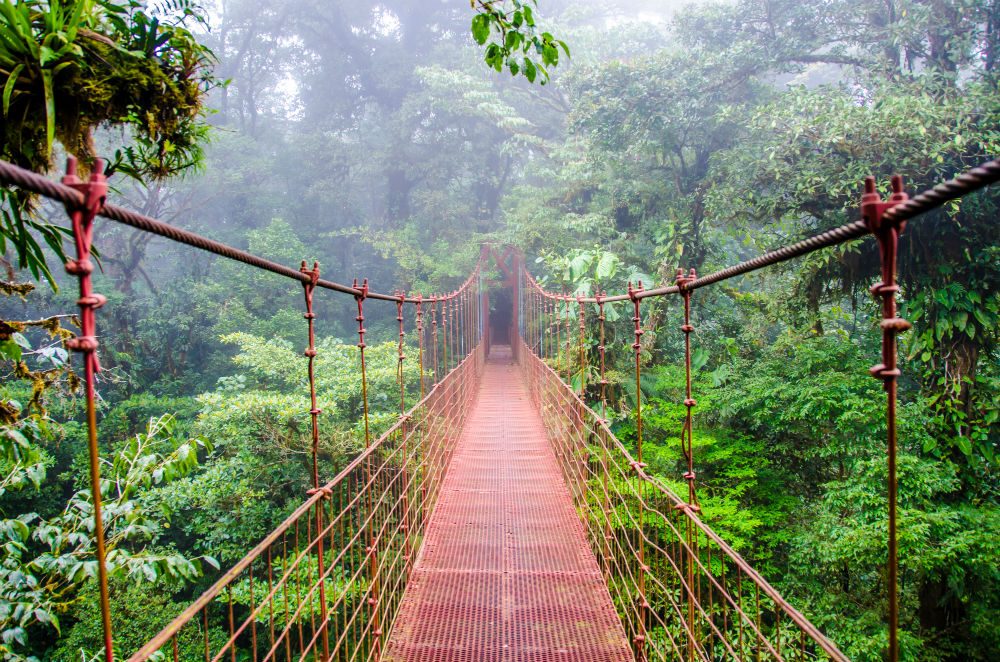 Geri S. Krauss is an attorney and savvy traveler. I found her perspective on working with my Trusted Travel Experts fascinating, and thought you would too.