South Africa: A Good Place to Go for a First Date 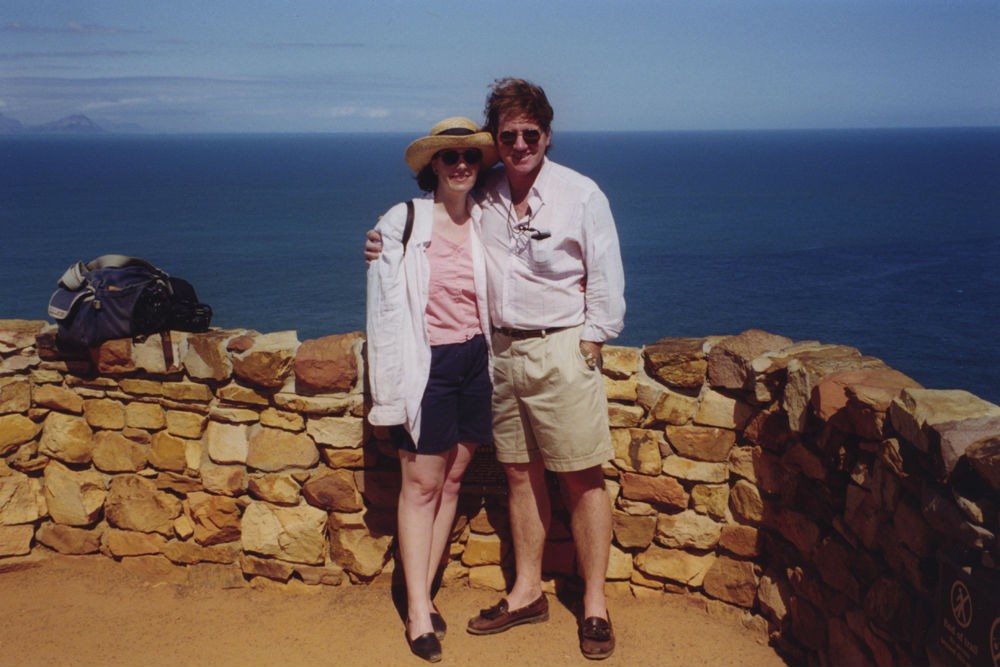 Tim and me on our first date—at the Cape of Good Hope in South Africa—in 1999.

When I was the host and emcee for South African Tourism’s Ubuntu Awards Gala at the American Museum of Natural History in New York—an event that celebrates the best of South Africa—it brought back fond memories for me: South Africa is where my husband and I had our first date in 1999.

Tim and I had met a few months earlier—in Germany, where he was living and working as photography director of the newspaper Stars and Stripes. I was based in New York City and had gone to Germany to speak at the paper’s editorial conference. After months of emailing each other from different continents, we wanted to see each other again. But it wasn’t easy: Tim traveled constantly for work, as did I.  In winter of 1999, when he was freezing in the Balkans photographing the Bosnian War and I was headed to sunny Cape Town to speak at a conference, we decided to meet up in South Africa.

Our first date turned into a week-long trip. We spent a glorious day driving around the Cape of Good Hope (#TBT photo above), another in Franschhoek enjoying the wine country, and another in the seaside resort of Hermanus. We chugged across the country in Rovos Rail’s vintage cars and ended up on safari in the Sabi Sand reserve—at one of the first Singita lodges, in a private bungalow with a plunge pool. It was some date.

One wedding and two children later, Tim and I keep trying to get back to South Africa. Someday it will happen. Meanwhile, I can live vicariously via the Ubuntu gala.

How to Compare Trains, Buses, and Flights for the Best Trip