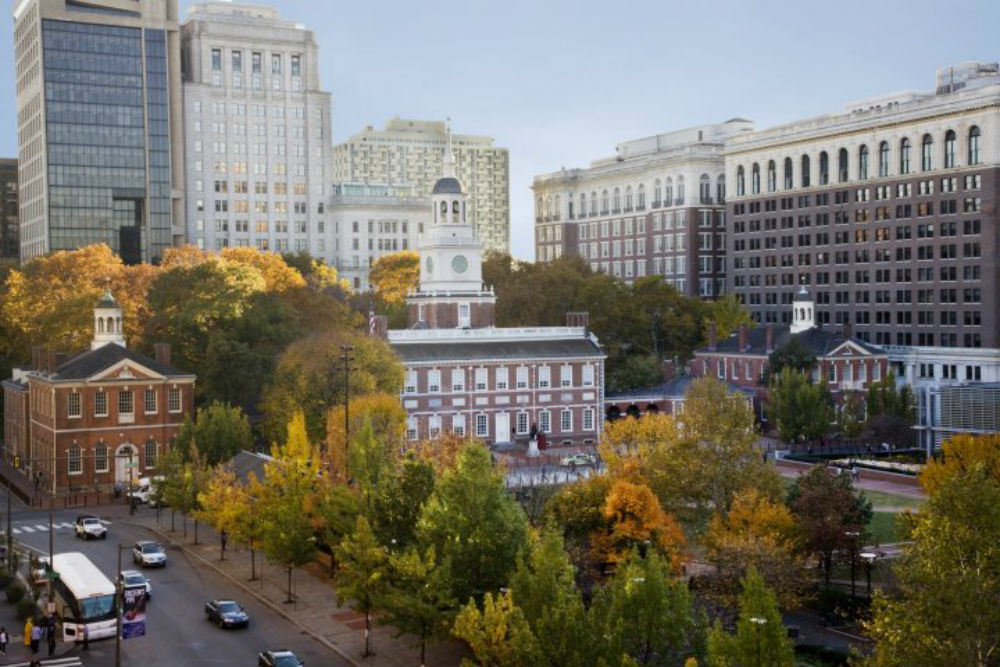 With a name that’s Greek for brotherly love, Philadelphia is just waiting to welcome you for a few hours between flights. Philly has Colonial history, Revolutionary-era artifacts, and world-class art. Plus, it’s home to the main office of Context Travel, a company on Wendy’s WOW List that runs cultural walking tours in cities worldwide. So we asked them: How would you spend a layover in your own city? Here’s their advice:

How to get out of the airport:

Taxi: Philadelphia International Airport (PHL) is only a 20-minute cab ride from Center City Philadelphia. Line up at the taxi rank outside the ground transportation exit after baggage claim. The taxis have a flat rate of $28.50 (excluding tip) into Center City, and a $10 minimum for destinations closer to the airport.

There is rarely a lot of traffic between the airport and Center City. The exception is when a Phillies, Eagles, Flyers, or Sixers game is beginning or ending. Just ask a security guard or information desk attendant at the airport if any of these teams are playing at home when you arrive. If the answer is yes, opt for the train.

Train: The regional rail (SEPTA) runs every 30 minutes directly from all terminals of the airport into the city. The ride takes between 25 and 35 minutes, depending on which stop you get on/off, and costs $8 one way, $16 round-trip if you buy your tickets on the train, or $6.50/$13 if purchased at a ticket kiosk or window in advance.

If you only have a couple of hours and want to squeeze in more than a few stops in the city, opt for the more expensive cab ride. Not only will save you time getting into the city, but the taxi can drop you right at the doorstep of your first stop.

What to do with your luggage:

If you have luggage, you should make sure it gets checked through to your next flight before you leave the airport, or be prepared to carry it with you; PHL does not provide luggage storage facilities.

If you have a 4-hour layover

If you want to hit Colonial- and Revolutionary-era Philadelphia, we recommend taking a taxi directly to Independence National Park. From here you can get a close look at the Liberty Bell (but don’t wait in the insanely long line; its new home has huge glass walls, so you can see the American icon without wasting time) and Independence Hall, home to the signings of both the Declaration of Independence and the United States Constitution. While you won’t have time for the full interior tour of Independence Hall, National Park Service rangers are always stationed outside to answer questions and give a brief history of the building. From here, wander south along 5th Street into the heart of the Society Hill neighborhood, past the American Philosophical Society, where many of the nation’s earliest intellects—think Ben Franklin and John Adams—established the country’s first “think tank.” The APS Museum’s galleries are free and open to the public, and rotating exhibitions display some of the most fascinating objects in American history, including Thomas Jefferson’s hand-written draft of the Declaration of Independence, and a notebook from Lewis and Clark’s exploratory journey. Cut east down Walnut Street, south down 4th Street, and duck into Willings Alley, one of the few remaining Colonial alleyways in the city. When you emerge on the other side, you will find Powel House half a block south (244 S 3rd Street), home to one of the most influential power couples of Colonial Philadelphia: Samuel Powel, the last mayor of the city under British rule, and his wife Elizabeth Willing.

If you have a 6-hour layover

Consider a 3-hour tour, with starting points just minutes from city train stations. You may want to pre-book an immersive exploration of the political, economic, and social strata of early Philadelphia with an expert on 18th century history, to find out what really brought about the first rumblings of the Revolution. Or experience the city’s world-class public art collection—second only to Paris!—through sculpture (think Calder, di Suvero, and Rodin), murals (more than 8,000), and mosaics with a contemporary artist on a brisk stroll from City Hall, at the very heart of Philadelphia, and up the Benjamin Franklin Parkway. More art can be found in Albert C. Barnes’s whimsically assembled and displayed collection.

If you don’t have time to leave the airport

Head to Chickie’s & Pete’s (Terminals A-West, C, D, and E), a South Philadelphia favorite, for a beer and to catch a Phillies, Eagles, Flyers, or Sixers game with local fans. Or take a brisk walk across all of the terminals to see the Art at the Airport installations, featuring works by local contemporary artists.

Extraordinary Getaways in the U.S. and Canada

10 Travel Destinations on the Rise