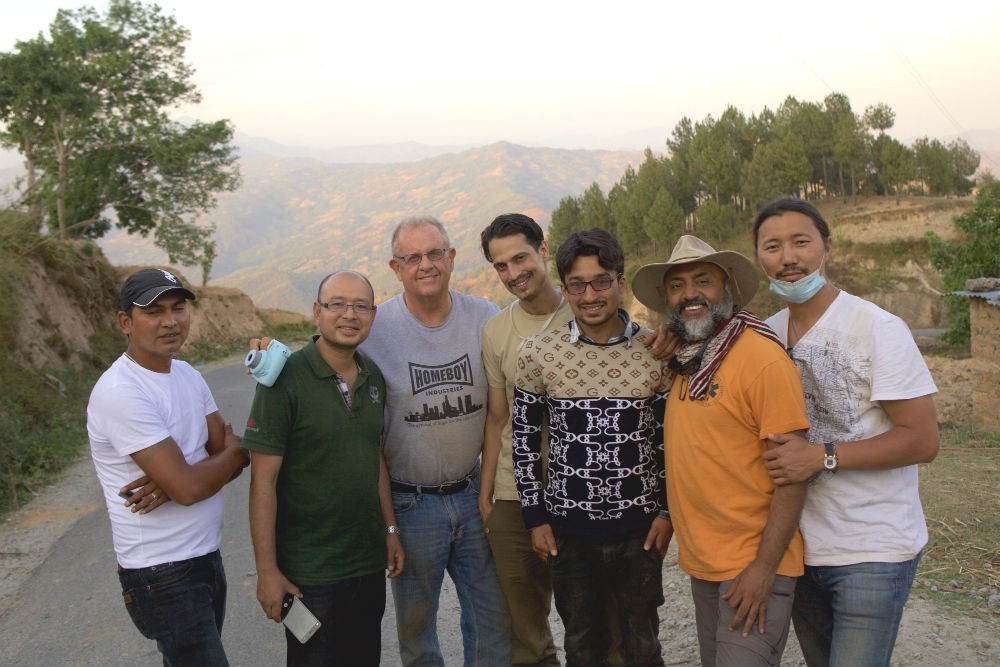 Sanjay Saxena, founder of Destination Himalaya and a Trusted Travel Expert for Asia on Wendy’s WOW List, is just back from Nepal, where he went right after the April 25 earthquake to help with relief efforts. He’s going back in June, leading a multi-generational family tour. Meanwhile, here’s his report from the field:

Saxena was relieved to see that the city has not been leveled—as he’d been led to believe by initial media reports. Life is returning to some semblance of normalcy, with shops and restaurants open for business. All of the tourist hotels remain open. Saxena even felt totally safe spending a night on the fifth floor of the Yak & Yeti.

Eight days after the quake, Saxena delivered 10,000 pounds of rice and chura (a ready-to-eat mixture of rice, lentils, and nuts) to a region five hours outside of Kathmandu that hadn’t yet received any food aid. In these small villages, Saxena discovered, almost all of the houses were destroyed, and those left standing were uninhabitable.

“There is no doubt that Nepal is seeing an overwhelming response from the international community,” says Saxena. “While I walked around Kathmandu and drove in the countryside, I saw the flags of nations from Sri Lanka to the U.S. on supply trucks, temporary housing, and bulldozers. But while the capital city saw a fair amount of quick response, the overall infrastructure in Nepal is completely taxed and outside of medical evacuations, the outlying village areas have seen little to no aid at all.” 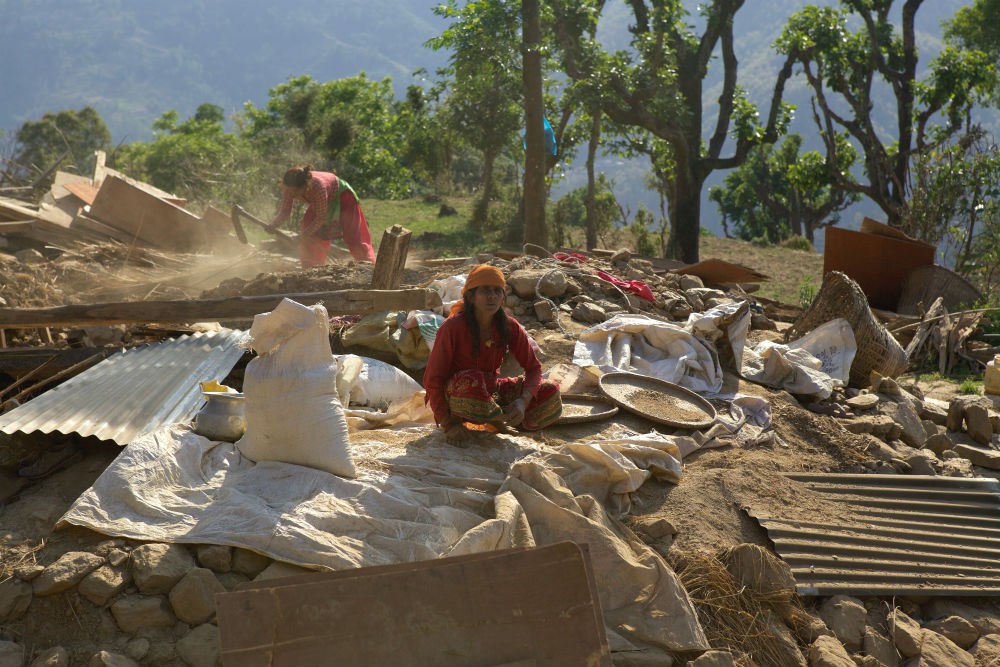 Life goes on around the rubble in Nepal. Photo courtesy Sanjay Saxena.

Travelers will not be able to see the World Heritage Sites in Bhaktapur and Patan, as many of these temples and buildings have collapsed. The Shechen Monastery’s main assembly hall suffered some very dramatic cracks, but thankfully the structure held, as hundreds were inside attending a teaching at the time of the quake.

Trekking in the Langtang Himal (a popular area due to its easy access from Kathmandu) will be closed for the near future because of landslides. Trekkers to the Annapurna and Everest regions will certainly see the effects of the earthquake, but that shouldn’t be a reason not to travel there; they’ll still enjoy views of the majestic Himalayan peaks and the company of the wonderful people of Nepal.

Parts of Tibet and India have been affected. Inhabitants of several border towns in Tibet have been evacuated, and the roads closed to all but military relief convoys. Saxena expects the Tibetan Everest Base Camp area to open for travel in the next month, however the overland crossing into Nepal will be closed for the rest of this season, if not longer, due to landslides in the Zangmu gorge. India’s Himalayan border state of Sikkim felt the quake too, but all reports are that no major damage occurred to the infrastructure there.

Upon arriving in Kathmandu, Saxena received a text message from T-Mobile announcing that all phone calls and data would be free while he was in Nepal. His traveling companions who are customers of other cellular services received no such offer, and several vowed allegiance to T-Mobile as soon as they returned home. Stories abound such as the one of Dolma Dhakhwa, the owner of a small carpet export business, who visited each of his weavers and gave them bags of rice and lentils, plus two months’ advance salary. Less compassionate was the management of Kathmandu’s Hyatt Regency, who forbade locals to sleep on their 35 acres (many Nepalis pitched tents after the first earthquake, doubting the structural integrity of their homes). 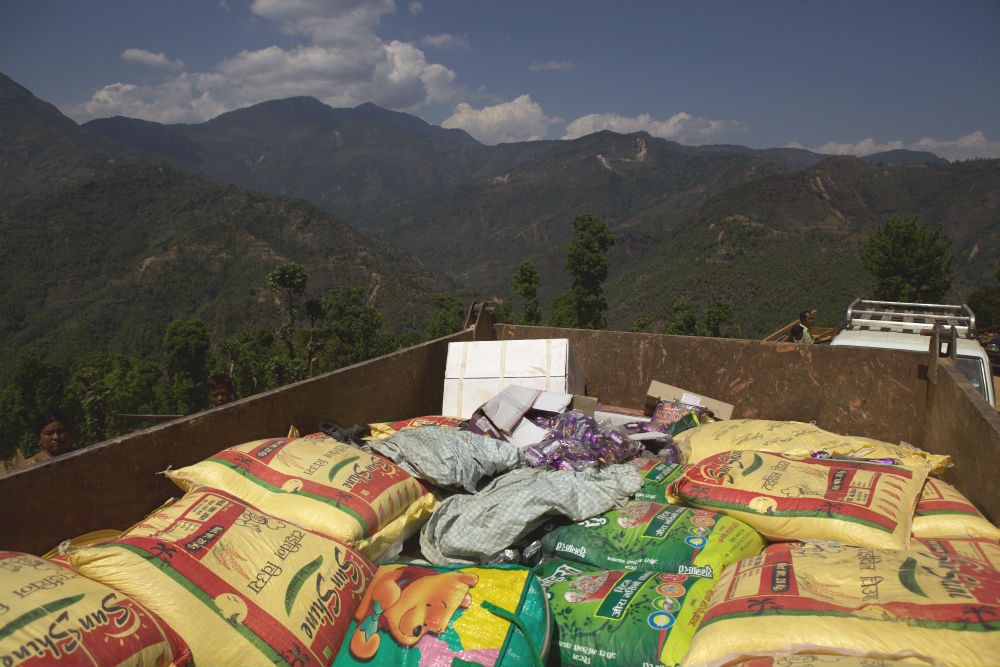 Saxena’s travel companion on this trip to Nepal was longtime client Dick Grace of the Grace Family Vineyards Foundation. They focused their efforts on the rural villages and continue to do so now that they’re back home. Along with mountaineer and filmmaker David Breashears, Destination Himalaya has set up a fund to help rebuild three severely damaged schools in Chyangba. This village of 600 people in the Solukhumbu district is home to most of the Sherpas that Destination Himalaya employs on its Nepal treks, as well as the Sherpas who have summited Everest alongside Breashears.

Saxena and Breashears have pledged to cover all overhead costs themselves and spend 100% of any donations directly on the school rebuilding. Moreover, they intend to design the schools to better withstand earthquakes in the future.

Saxena says it’s important to keep Nepal on your bucket list and show support for the country by traveling there when the time is right again. “Tourism is essential to the economy in Nepal, as it’s the largest employer in the country,” says Saxena. “ I would urge you to keep Nepal on your list of must-see destinations, Having traveled to Nepal numerous times and taken scores of travelers there, the one thing that people always tell me that they remember most is not the dramatic sunrise on Everest or the exquisite details on the Bhaktapur temples, but the wonderful people of this mountain kingdom.

Nepal Earthquake: News About Traveling in the Region 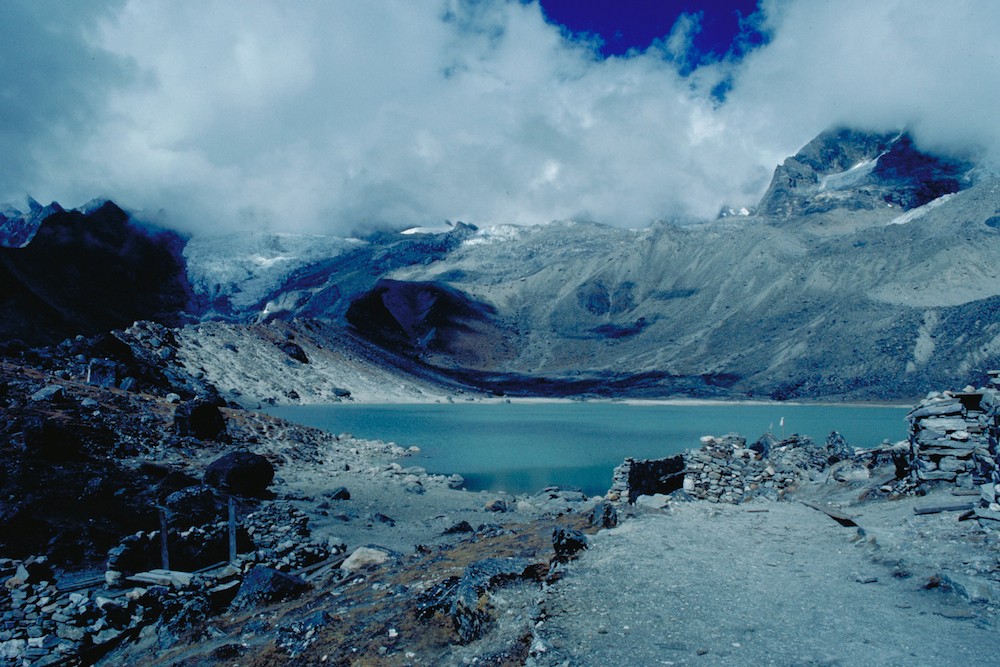 While our thoughts are with Nepal earthquake relief efforts, we know that many travelers are wondering whether they should cancel or reroute their plans.

What To Do in an Emergency: Lessons Travelers Can Learn From the Nepal Earthquake 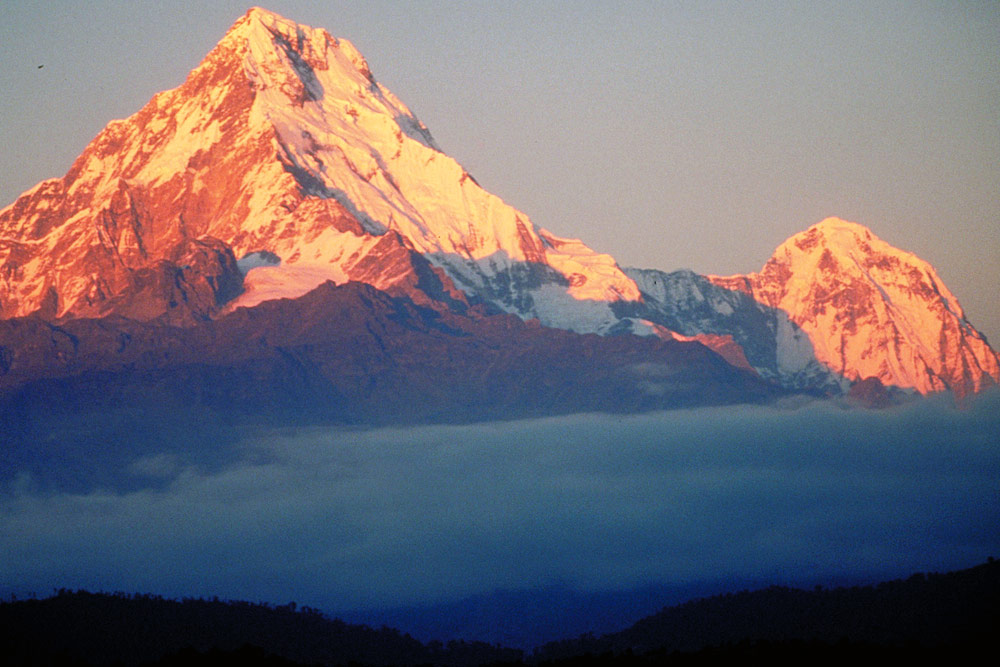 The earthquake that struck Nepal reminds us that anything can happen anytime, but there are some easy things travelers can do to prepare for emergencies.