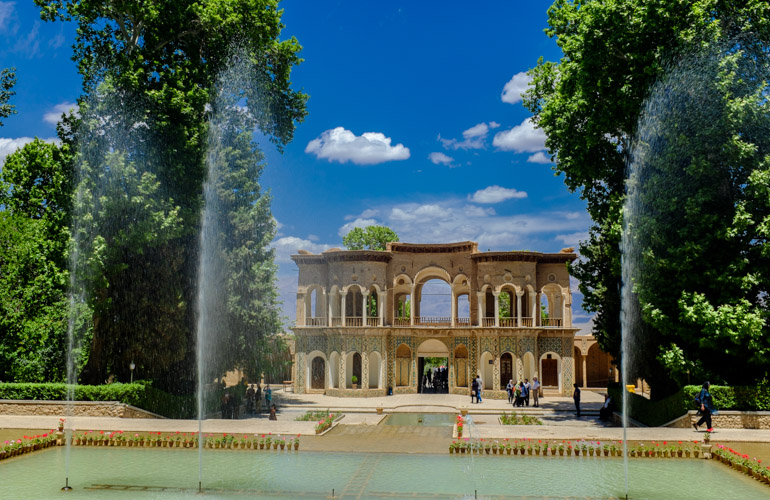 My friends Mary Munn Laronge and Josh Laronge just got back from a World Affairs Council trip to Iran. Mary and Josh are no strangers to the exotic and forbidden: They’ve been to Papua New Guinea, Madagascar, Cuba, even North Korea.  In fact, they’ve slept on all seven continents. So of course I wanted to hear what, from their perspective, were the most surprising things about Iran. Here are the ten Mary singled out, in her words, with photos by Josh to illustrate.

1.     How friendly the people are. “When they spot a foreigner, they approach you and ask where you’re from. When you answer “The United States,” their faces light up like you’re a long lost relative. “Welcome to my country!” they exclaim. “We love the U.S.!  Thank you for visiting my country. Do enjoy your trip.” They are smiley and giggly too—and eager to have their photos taken. The only people who were sometimes camera-shy were older women dressed in chador.”

2.     Empty UNESCO World Heritage sites. “On a sunny Saturday in May, there were only two tour buses at Persepolis. That’s unheard of for a UNESCO site in peak tourist season. Compare that with the Palace of Knossos in Crete, or the Temple of Karnak in Luxor, where dozens of international tour buses jam the parking lots.”

4.     The sheer volume of the crown jewels. “Housed in the underground Bank Melli Iran vault, the jewels can be viewed only by advance appointment and on certain days. They’re more plentiful and impressive than the crown jewels in the Tower of London or in Istanbul’s Topkapi Palace. They include salad-bowl-sized containers overflowing with uncut emeralds, diamonds, and rubies, as well as pieces designed by Western jewelers—think Van Cleef & Arpels—that were acquired by the Shah.”

5.     The availability of American consumer products. “Not only are Coca-Cola drinks everywhere, but the country has 100 or so ‘Apple Stores.’ They’re not official Apple stores, but they sell iPhones, iPads, and iPods for little more than you’d pay in the U.S.”

6.  Picnics—everywhere and anywhere—at all hours of the day or night. “Picnicking is the country’s #1 recreational activity. If there’s a patch of green on the side of the highway, as many families as can possibly fit will be picnicking on it.”

7.     The powerful scent of the roses in Persian gardens. “When approaching a garden, you smell it before you see it. Iran is a desert country, so you wouldn’t imagine such a variety and diversity of gardens, but the Persians are masters at capturing and diverting water coming off the snow-capped mountains. The result is that Persian gardens are exceptional and sweet-smelling. And, because it’s breezy in Iran, the scent of the roses carries far.”

9.     The technicolor chicks on sale in bazaars. “They look like Peeps—except that these actually do peep. They’re given to children as gifts in springtime.  (The dye comes off the chicks as their feathers start to grow.)”

If you’re curious to see more photos, Josh will be publishing a book called Faces of Friendship: Iran, a collection of portraits of the wonderful people he met there. When the book comes out, I’ll let you know.

Where to Use Your Vacation Days: New Year’s Resolutions from Travel Pros