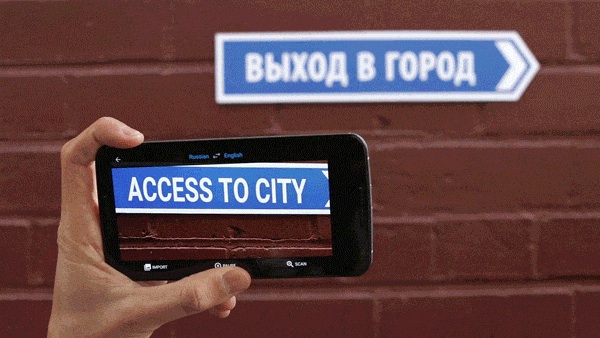 Google Translate has long been one my essential travel apps. Need to find allergy medicine in Japan? Done. Grocery shopping for vegetarian food in Oslo? Not a problem.

But the app just got even better, thanks to a few cool upgrades released today. While several language packs were already available for offline use (saving you a bundle on data charges), now two of the app’s best features have been improved and also made available without any data or Internet connections.

Point, shoot, understand
Need to translate that restaurant menu? Read wall text at a museum? Just point the app’s camera at the sign, and it’ll automatically translate it, showing an overlay of text right over the sign itself. This is much more efficient than the way the tool used to work, which required actually snapping the photo, highlighting the text with your finger, and then submitting it for translation. Oh, and if you had an iPhone, you couldn’t use this Word Lens feature at all.

Have a real conversation
One of my favorite things about traveling is the amazing people you meet, but if you don’t speak the language (and I don’t speak anything more than high-school French and various pleases and thank-yous), those interactions can be limited. Not anymore. Go into the app’s conversation mode, select the two languages you and your potential new friend are speaking, then talk into the microphone. The app will recognize which language is being voiced and will translate it—out loud—into the other. This is obviously a lifesaver when it comes to asking for directions to the train or ordering your morning coffee, but you can easily imagine how it could open up worlds of much more interesting conversations with locals.

For now, these two features are available in 36 languages (the app’s basic tools translate more than 80), and it’s a great start, because you can travel to dozens of destinations and not have to worry about being able to communicate. It’s one of those apps that just removes a certain kind of stress from the entire equation. Even more impressively, it might also remove all the hand waving and unnecessary shouting.

How to Avoid the Crowds in Provence

Italy Vacation Ideas for Every Age