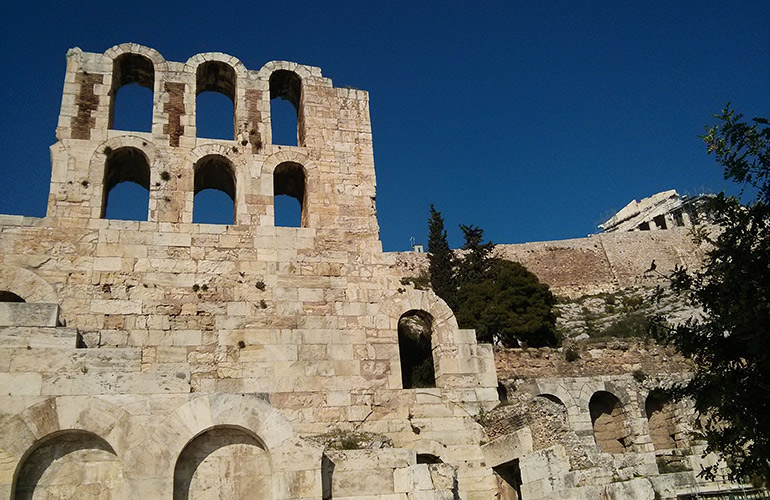 The Theater of Dionysus once played host to more than 17,000 spectators. Photo: Context Travel

Today we kick off our series on cruise shore excursions, in which we curate your best options in port cities worldwide when you’ve got only eight to ten hours before your ship sets sail for the next port. We’ll be asking local experts in the world’s popular cruise ports to recommend efficient sightseeing itineraries and how to make the very best use of your time. Today we start with Athens, Greece, where we spoke to the experts at Context Travel, who have sussed out the best walks in the world’s cultural capitals.

The challenge with Athens: How to get the best feel for the cradle of Western civilization in just one day—and actually enjoy yourself. The solution: two suggestions—one, a day on your own; two, a guided walking seminar. Each takes about eight hours, including transit time from the port into the heart of Athens and back. Remember that from spring through autumn Athens can be very hot, so factor in rest time, as well as a recuperating lunch break.

The city of Athens is served by the port of Piraeus, itself a city, located about ten kilometers away—though due to urban sprawl the boundaries between the two are increasingly blurred. Piraeus is a huge port serving international traffic as well as many domestic services to the Greek islands. The Metro line number 1 (green line) runs regular, high-speed trains between Piraeus and the center of Athens, but depending on where in the port you are, it can take 20 to 30 minutes on foot to reach Piraeus Metro. A single ticket costs €1.40. Though you may need to allow about an hour to get into town on public transport, the journey itself is a historical adventure, especially for engineering enthusiasts. The Piraeus-Kifissia Electric Railway began life as Athens’ first steam-powered train service in 1869 (today the railway is fully modernized). Alternatively, a taxi can get you into central Athens in about 30-45 minutes, depending on traffic. Make sure you take a cab from an official taxi rank and that the driver uses his meter. Expect to pay €20 to 30 one-way.

The beautifully renovated Acropolis Museum has a postmodern design that contrasts starkly with the ancient classicism above. Photo courtesy Context Travel

Excursion Option 1: A Day On Your Own

The obvious attraction is the mighty Acropolis, but bear in mind it is hugely crowded in cruise season (spring through fall), and there is a 20-minute hike to the top of Acropolis Hill before you can even join the back of the queue. One alternative is to skip that part entirely and head straight to the beautifully renovated (and air conditioned) Acropolis Museum, whose contemporary postmodernist lines contrast starkly with the ancient classicism above. You’ll need at least an hour to explore the layers of history within those walls, from the statues in the Archaic Gallery to the Parthenon frieze. Don’t miss the Gallery of the Slopes of the Acropolis, with its vertiginous transparent floor revealing the archaeological excavation below. The gallery is home to artifacts discovered in archaic sanctuaries on the side of Acropolis Hill, as well as from everyday life in Athens.

Afterward, rather than visit the main attraction, explore the many other impressive archaeological sites just a stone’s throw from the Acropolis Museum. Around the corner from the Museum, for example, lies the Temple of Olympian Zeus, which took 600 years to build. Though only fragments of the Temple remain, you can still feel the scale of the colossal structure if you stand beneath its towering columns. Sadly, the temple fell into disrepair after an invasion in the 3rd century A.D. Nevertheless, it’s still a breathtaking remnant—one that stands out all the more thanks to a relative lack of crowds.

Also nearby is the Theater of Dionysus, on the south slope of Acropolis Hill. Though it’s not in as good shape as the Acropolis’s other theater, the Odeon of Herodes Atticus, this one is historically more important, having once played host to more than 17,000 spectators.

A combined ticket to all of the archaeological sites of Athens costs €12 and can be purchased at any of the entrances. Entry to a single site (excluding the Acropolis) is €2 (Agora €4).

When you’re finished with the historical sites, you should have time for a stroll through the winding streets of Plaka. Yes, it’s touristy, but Plaka still holds a special charm. Just behind the Theater of Dionysus you’ll find the diminutive district of Anafiotika, with its ancient abodes that seem to be carved into the hilly landscape. Like a cute little village from one of the Greek Islands, Anafiotika has been known to draw a crowd, but there’s an authenticity here that should excite even jaded travelers.

Getting there: Take the M1 metro to Monastiraki and walk (15–20 minutes) around the foot of Acropolis Hill to the Acropolis Museum.

Lunch and breaks: For a well-earned lunch, try Attikos Greek House, which offers that rare combination of spectacular Acropolis views and a credible smattering of locals. For a quick revitalizing break, head to Syntagma Square, where you can join locals in an iced coffee, also known as the Greek frappé. This typically consists of instant coffee with added cold water, whisked up to a foam with a couple of ice cubes dropped into the glass. No milk, but add as much sugar as you like. Pro tip: Syntagma Square has a metro station with its own archaeological collection of artifacts discovered during its construction.

When you’ve been to Athens before and are happy to avoid the heat and crowds and admire the archeological sites from afar, or you simply prefer to enjoy the city as the locals do, then make food the theme of your day.

Retsina is a sweet Greek white wine made with the resin of a local pine species. Photo courtesy Context Travel

Food culture in Athens revolves around the busy Central Market, or Varvakios Agora. Here, nut vendors vie with butchers and fishmongers for the attention of passersby. On the surrounding streets, you’ll find honey, cheese, and pastry specialists who offer a fantastic array of snacks that demonstrate the intricacies and complexities of Greek cuisine. Again, take the M1 Metro from the cruise port to Monastiraki; you’ll emerge within a few steps of the action.

Foodies and culture vultures interested in an authentic taste of Athenian life can join an Athens chef and food journalist for an in-depth and immersive walking tour with Context Travel. Called Beyond Feta, the tour traces the development and character of Athenian cooking from farm to fork. One of the stops, for instance, is Dyporto Wine Shop, in a basement beneath the markets of Monastiraki Square. The shop has been owned by the same family for more than four generations. They produce and serve a special Greek wine called retsina—a sweet white made with the resin of a local pine species. Greek president Karolos Papoulias reportedly stopped by unannounced last year for a meal with some aides, and current owner Dmitri will proudly show you a photo of himself with Francis Ford Coppola. After sampling some of the wine, you’ll get to try a traditional Greek lunch in the cool wine cellar.

After the tour, you’ll likely still have time to explore the charming streets of Plaka (see above) before heading back to the port (allow one hour for your return). And don’t worry about getting lost: the Acropolis is always looming above as a way to orient yourself.

Getting there: For more info on this food tour and where to meet your guide, contact Context Travel. 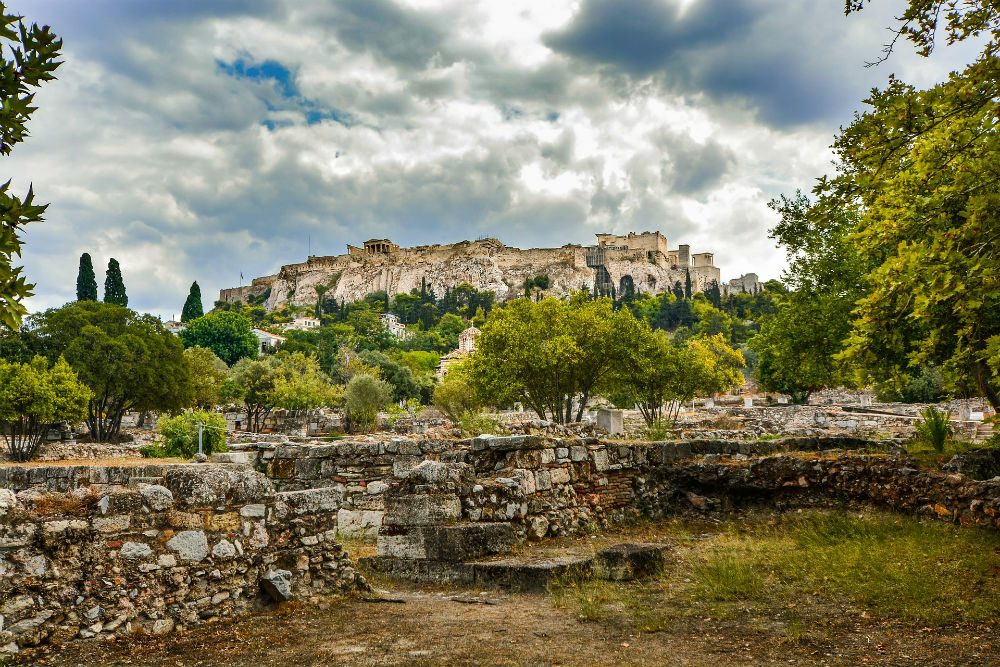 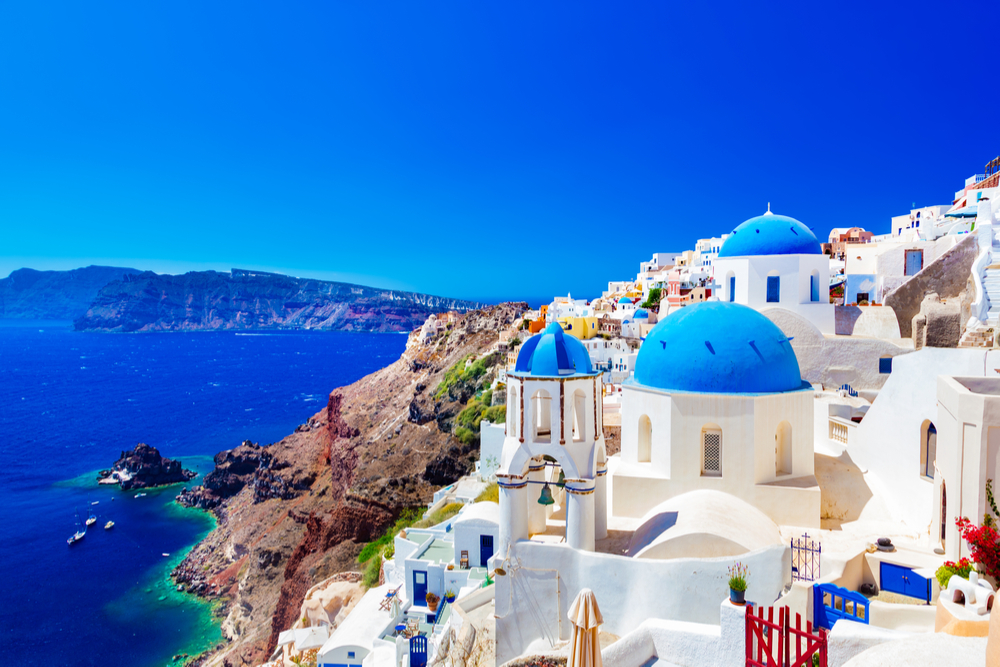 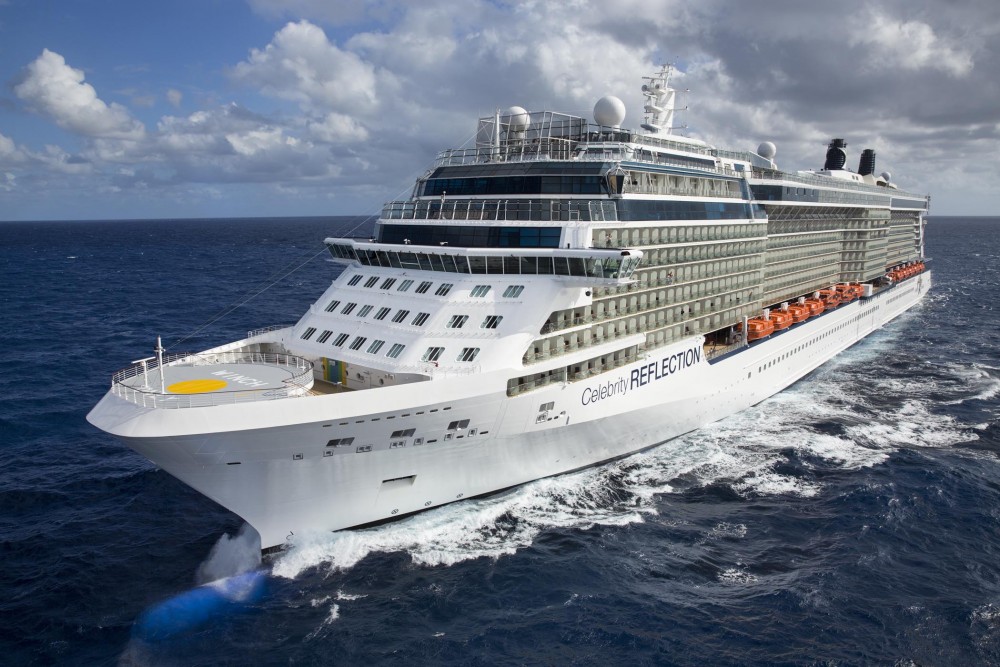 The Keys to Planning the Perfect Road Trip

Six Iconic Wine Regions That Are Made for Bicycling