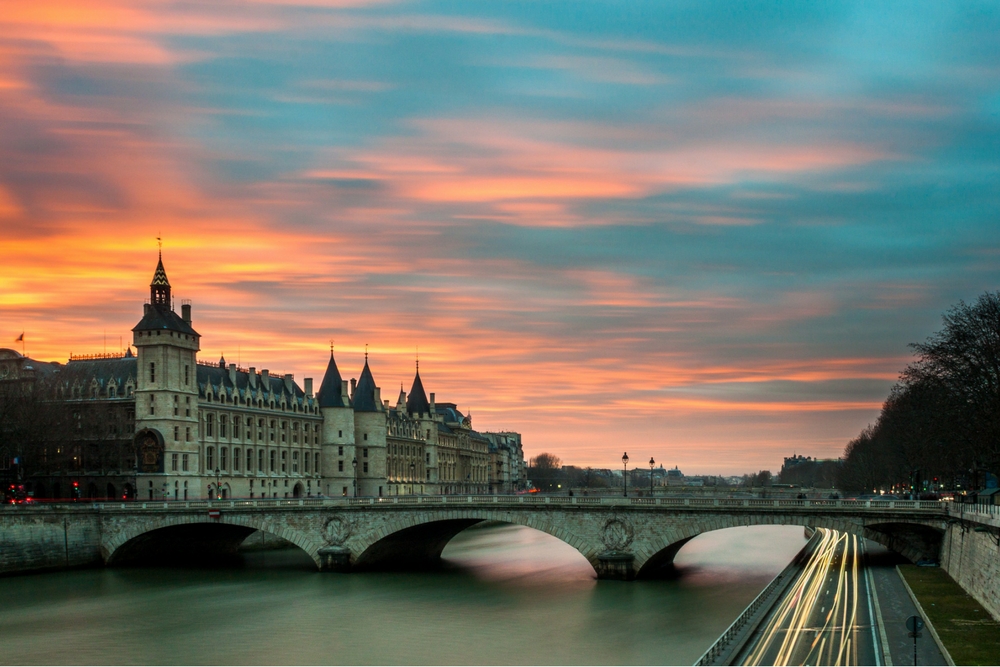 The insider advice on this page is from one of Wendy’s Trusted Travel Experts for France, Italy, England, Ibiza and Monaco: Jennifer Virgilio of Queen of Clubs.

Jennifer is currently based in London and has also called Rome and Paris home—all the while building her outstanding connections to charming boutique hotels, hard-to-get-into restaurants, and expert private guides. She can make the line at the Eiffel Tower disappear, snag front-row seats for Fashion Week, or get you an after-hours tour of the Tower of London. Jennifer is equally deft at planning itineraries for families—she’s taken her own daughter all over Europe—as she is for high rollers (she’s a private-jet broker too). For those flying commercially, her VIP meet-and-greet starts at the aircraft door and includes fast-track entry through immigration to a waiting car. 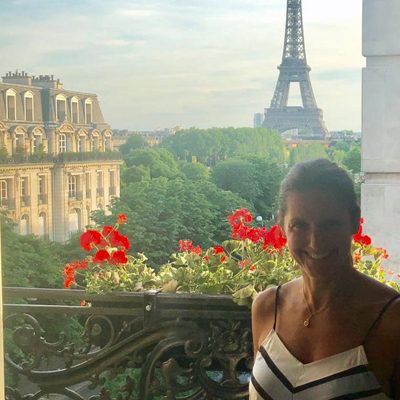 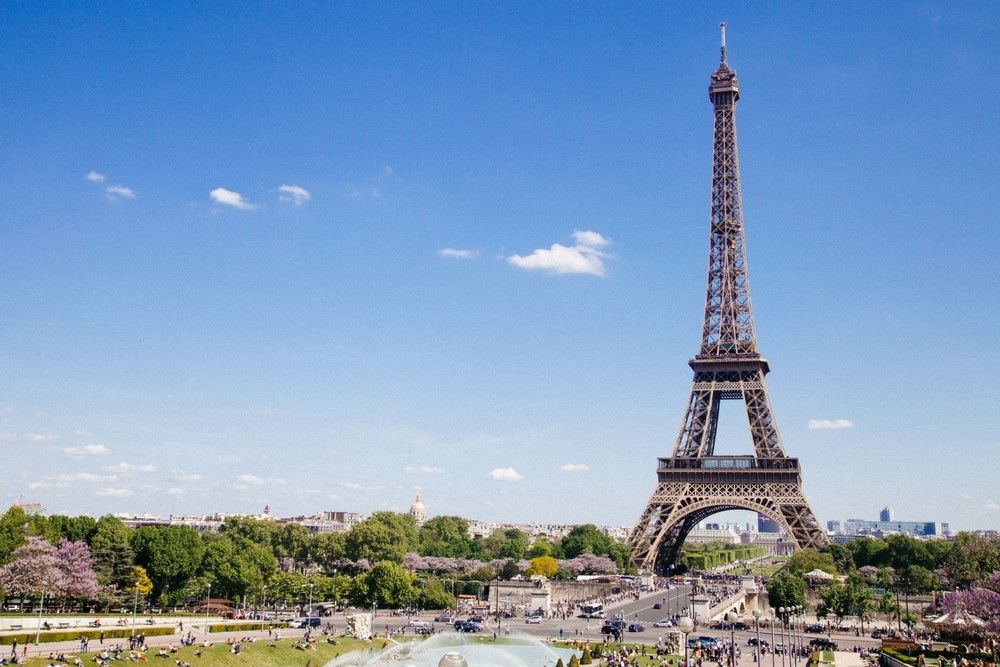 Eiffel Tower skip-the-line tickets don’t always deliver what they promise: You still have to wait in the security line, which during peak season can be very long. (See more about this in How to Avoid the Crowds at Paris Museums and Cultural Sites.)

There are many chateaux around Paris besides Versailles: Vaux le Vicomte (which was actually the model for Versailles), Fontainebleau, and Chantilly are historic and grand but less well known, so they’re not overrun by tourists the way Versailles is. Chateau Chantilly makes for a fantastic day outside the city, and it now allows visitors into the apartments of the Duke and Duchess of D’Aumale.

Père Lachaise Cemetery. Many great talents are buried here—including Jim Morrison and Frédéric Chopin—most beneath impressive monuments that tell a story. It’s like an outdoor museum, though you won’t forget that you’re in a cemetery.

The 61-acre Parc des Buttes Chaumont, in the 19th Arrondissement, is one of the city’s original parks, and it’s a convenient place for a rest if you’re already visiting Montmartre. It’s known for the Temple de la Sibylle, which sits atop an island in the middle of a lake, and for its bridges and waterfalls.

Sunday mornings are the best time to walk around Paris while the city is still asleep. Take advantage of this quiet moment. Arrive for brunch early, especially if you’re dining at a hip Montmartre spot. Afterward, visit the Marché aux Puces de Saint-Ouen, a flea market that is open only on Sundays and Mondays. It’s in a very non-touristy area of Paris, and you’ll find antiques, inexpensive clothing, and North African dishes to taste. End your day with a stroll in Saint Germain des Prés, along the Rue du Bac. Walk toward Le Grande Épicerie, for food shopping, and Le Bon Marché, one of the oldest department stores in the city—and one of the most luxurious. 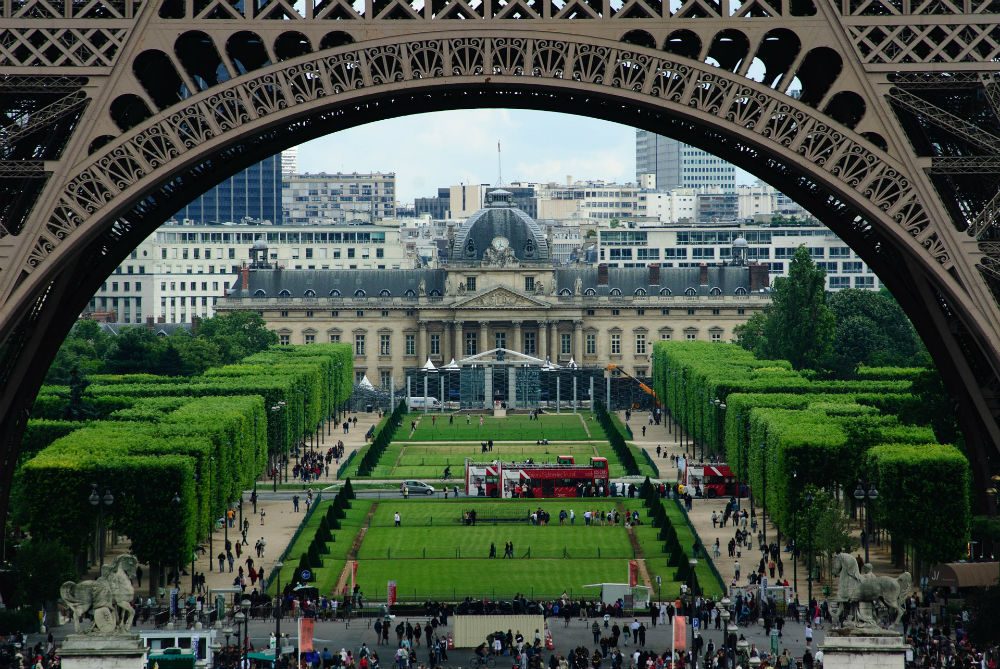 The Champ de Mars, with its view of the Eiffel Tower, makes for a prime picnic spot. Photo: Pixabay/bogitw

For first-timers, there’s nothing better than sitting on the Champ de Mars in the heart of Paris with that iconic view of the Eiffel Tower. Or set up in the Jardin du Luxembourg, a beautiful park near the Left Bank that’s perfect for a picnic after you’ve explored the Latin Quarter.

The iconic Musée Carnavalet, which traces the history of Paris from antiquity to the 20th century, has reopened after four years of renovations. Located in the Marais, this is the ideal museum for families and history buffs.

The Hôtel de la Marine is a little Versailles in the heart of the city. The iconic monument, located on Place de la Concorde, is a fine architectural ensemble that Ange-Jacques Gabriel, the king’s chief architect, designed in the 18th century. This magnificent mansion’s heritage, symbolizing the French art de vivre, is finally revealed to visitors after a multi-year renovation.

The Pinault Collection, located five minutes from the Louvre in the heart of the city, is a new modern-art museum showcasing François Pinault’s private collection, as well as rotating exhibitions. This is the cultural opening of the year, adding to both the architectural grandeur and the artistic credentials of the 1st Arrondissement. 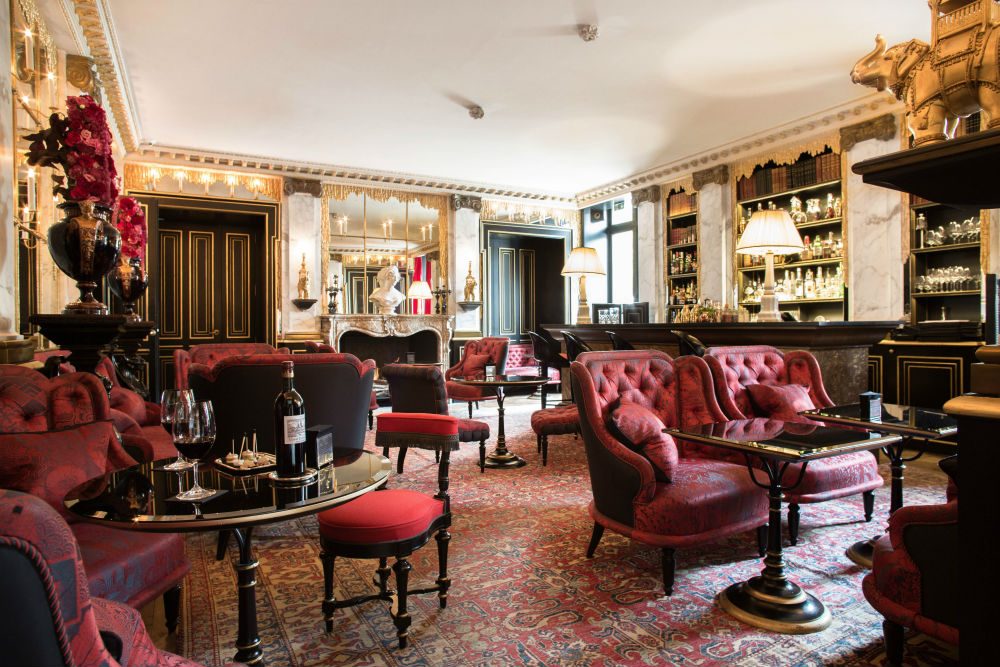 La Reserve is a hidden gem of a hotel close to the U.S. embassy with impeccable service. Photo: La Reserve

Best-value splurge hotels
France has a unique designation, “five-star palace,” for hotels with the highest standard of service (they’re often not actually historic palaces). These include the Hotel de Crillon, Ritz, Hotel Plaza, Le Bristol, and La Reserve, a hidden gem close to the U.S. embassy with impeccable service. The Cheval Blanc Paris will soon open its doors in a wing of La Samaritaine; everyone is already talking about its beautiful architecture and amazing location in the heart of the city.

Restaurant Pages, in the 16th Arrondissement, is a Michelin-starred spot that doesn’t feel stuffy. It has an open kitchen and an affordable prix-fixe lunch menu at about $45 per person.

La Closerie des Lilas, a formal restaurant and more casual brasserie on the Left Bank, has a long history that includes names such as Emile Zola and Paul Cézanne, and an authentic Parisian ambiance and décor. When dining in the brasserie order the escargot, a classic preparation of this quintessentially French dish.

La Poule au Pot, located in the 1st Arrondissement, was revamped by Chef François Piege in 2018. This is a true Paris institution: As you dine in the classic setting, you can see the names of the stars who have also enjoyed a meal in this restaurant—from Mick Jagger to Dalida to David Bowie. 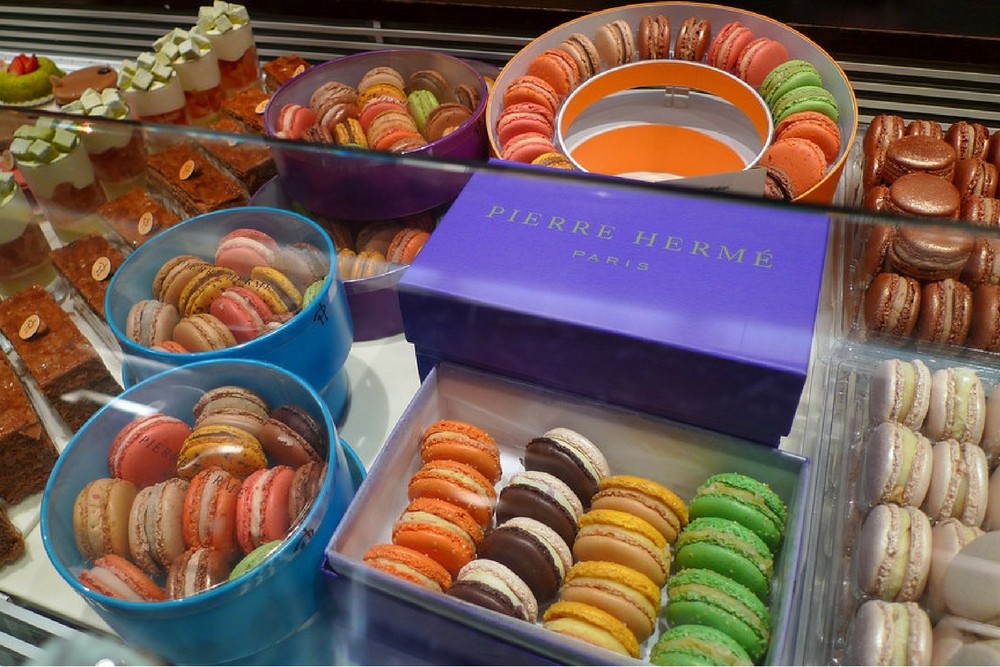 The macarons at the Pierre Hermé bakery are some of the best in the world. Photo: Incase/Flickr

Dishes to try
Pierre Hermé is one of the country’s best pastry chefs, and his macaroons never feel mass-produced; they melt in your mouth. For sweet and savory crepes and galettes, follow the locals to Breizh Café in the Marais.

Meal worth the splurge
The experience of dining once at a three-star Michelin restaurant is often enough, but not so at L’Arpege, where chef Alain Passard keeps people coming back again and again. His dishes focus on the vegetables he grows at his biodynamic farm just outside the city.

Spring or early autumn: The weather is lovely (not too hot or too cold), and school is still in session so the city is not overrun by kids. In June, the days are longest, the temperature is pleasant, and the cherry blossoms are in bloom. And it’s when Parisians spend many an evening on the docks of the Île Saint Louis with a musical instrument, a bottle of wine, and some playing cards. Plus, there are events galore, from Shakespeare en plein air in the Bois de Boulogne to the Paris Air Show.

August. Many French companies and their employees go on holiday, and some restaurants, shops, and businesses are closed. Parisians are mostly gone, with only tourists left in the city.

Avoid late May to mid-July unless you book well in advance. If you plan a month or two out, you’ll find that 3-star hotels are charging 5-star prices for the few rooms still available, and the most experienced local guides are all fully booked.

Don’t wait until the last minute to book the Eiffel Tower, or you will waste time queuing for hours. Buy your tickets online ahead of time (they can sell out three months in advance in high season); arrive 20 minutes before your scheduled entrance for the security screening.

Beware trickster thieves. They are known to ask you to sign a petition or play a game, then try to pick your pocket or snatch something from you. 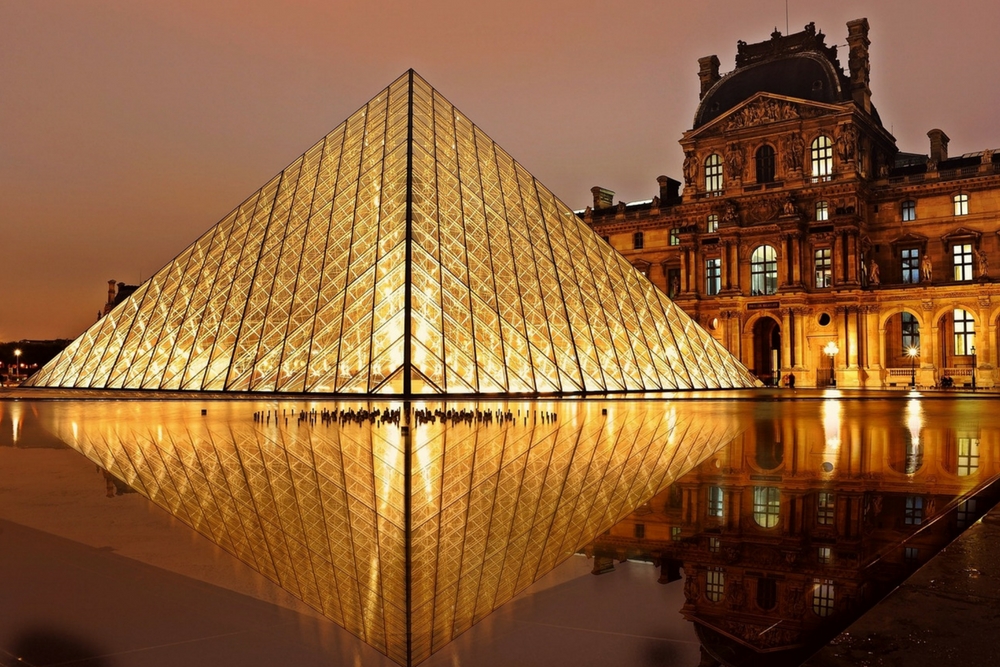 The Louvre at about 9pm, when it’s illuminated and there aren’t any crowds.

The Pont des Arts (formerly known as the Love Lock Bridge) before sunset, to capture the Seine at twilight.

For Eiffel Tower shots, go to Pont Bir-Hakeim at sunset, or take a stroll on Île aux Cygnes for a beautiful view of the tower from afar.

For something truly unique, Jennifer can arrange for you to design your own clothing with a designer or create your own perfume with a perfumier. She also sometimes hires photographers to trail you while you tour the city, artfully blending family portraits with vacation snapshots.

Some taxi drivers will take the longest route possible once they hear your accent. Negotiate the price before getting in, or ask your concierge or bellman for assistance.

Some vendors at the Saint-Ouen antiques market will also take advantage of foreigners. It’s a fun place to stroll, but if you are serious about buying and you don’t speak French, bring a guide who knows the sellers and will recognize pieces that aren’t authentic.

Citymapper is the best way to figure out how to get around the city efficiently by foot, bus, or metro.

Jennifer can arrange for you to go behind the scenes at the Louvre with one of the museum’s art curators, visiting rooms not open to the public and learning in depth about the collection’s most famous works and undiscovered gems. She can also get you access to the mistresses’ apartments at Versailles—which are never open to the public—and book your own private lift to the second floor of the Eiffel Tower.

Do not trust the unlicensed taxi drivers who stand inside the airport offering rides; go to the queue outside for a licensed taxi, or arrange a private transfer ahead of time (Uber is another option, but not always a prompt one, and more expensive than a taxi). Jennifer’s VIP meet-and-greet service at CDG whisks you from the aircraft door, through Immigration and Customs, to your waiting car in a matter of minutes; there’s nothing better after a long flight.

Tips are normally included at meals; check your bill to be sure. Typical guidelines are 10% at restaurants and one or two euros in taxis. If you do tip, leave cash—even if you pay with a card—to be sure that it ends up in the right pocket.

Rain is a possibility at any time of year, so always bring closed-toe shoes, layers, and an umbrella.

My friends raved about...