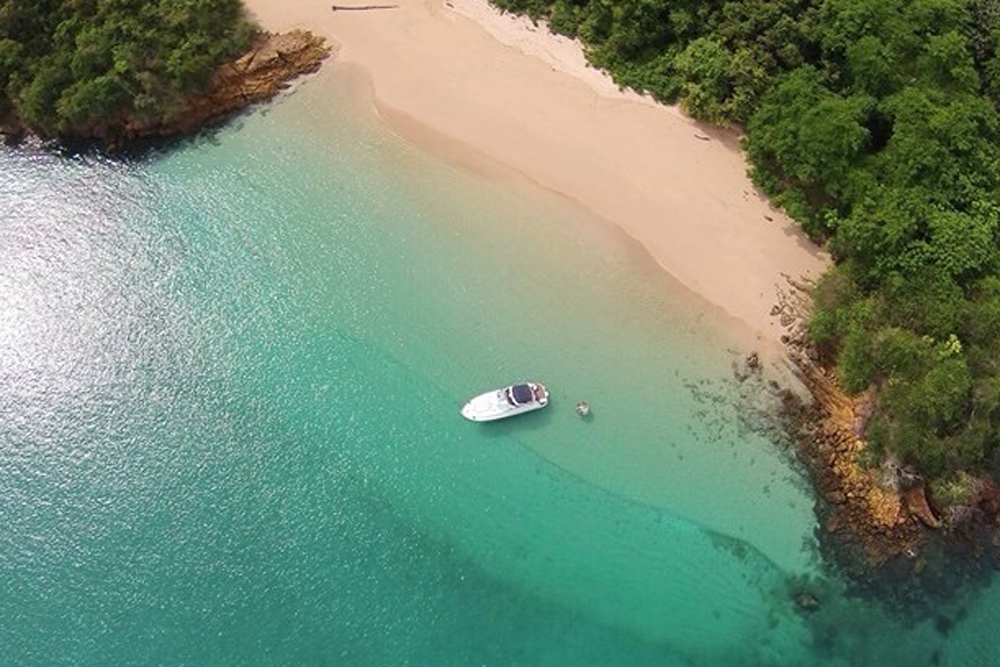 The insider advice on this page is from one of Wendy’s Trusted Travel Experts for Colombia: Eric Sheets of Latin Excursions.

Eric has lived in six Latin American countries—he was exposed to the region from an early age by his globetrotting American father and Ecuadorian mother—and today he’s based in Miami and Ecuador. After organizing trips for business colleagues to his favorite Latin American destinations, he founded Latin Excursions in 2001. Today the company arranges everything from custom itineraries that highlight Colombia’s different local cultures to family reunions, exotic honeymoons, and even villa vacations, not only in Colombia but also in neighboring countries Panama and Ecuador. Travelers have their own private guide and vehicle—to allow maximum spontaneity and flexibility, not to mention rare access to places most travelers don’t see—and stay in top-drawer hotels that share Latin Excursions’ commitment to sustainability. 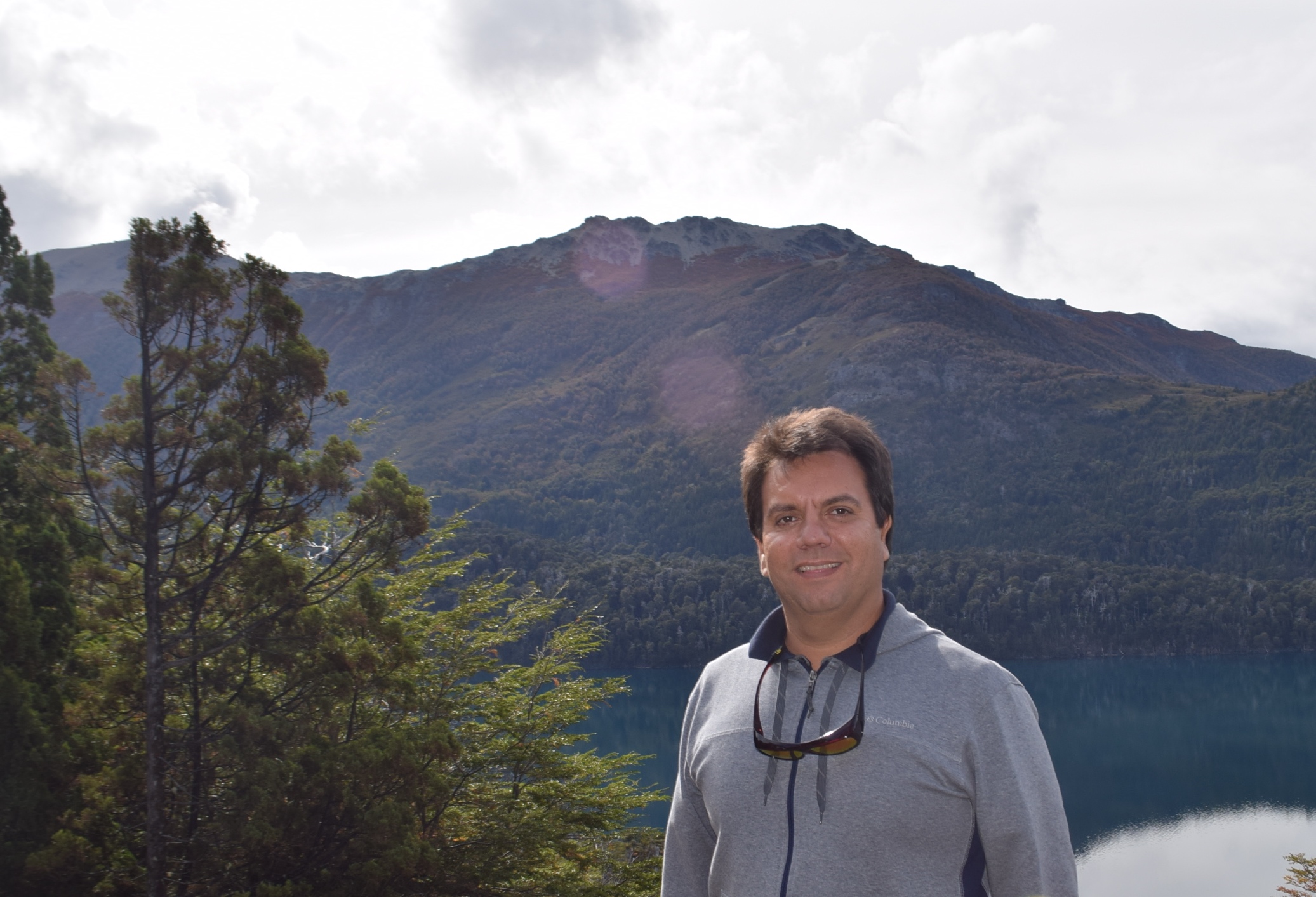 Trips start at $800 per day for two travelers and generally include accommodations (with tax and breakfast), private transportation, and guides and meals when the itinerary makes those advisable.
Contact
Read Reviews 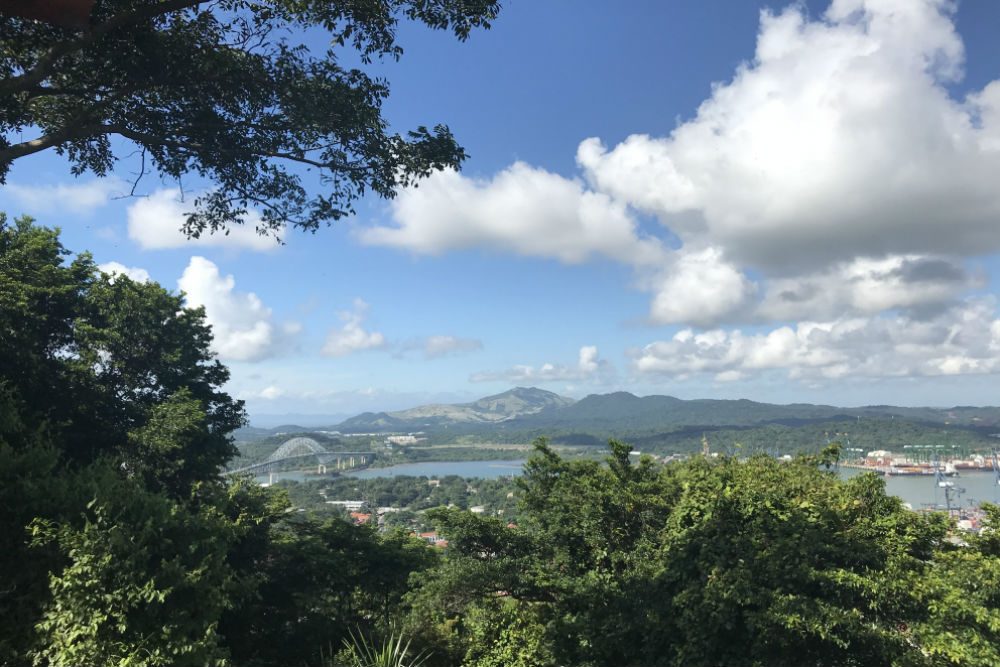 Most underrated places
The province of Azuero contains the country’s most authentic displays of local culture and customs. However, good hotels there are few and far between.

Hike Ancon Hill, a 200-meter rise close to the canal. The history here—it was a natural watchtower for the Spaniards and the Americans, the latter of whom also used it to map out excavation work for the canal—is a useful lens through which to understand the political history of the country. The hill is also now a nature reserve with lots of birdlife, monkeys, iguanas, and capybaras. Cars are no longer allowed up, but it’s an easy hike on pavement.

Most overrated place
Mi Pueblito, in Panama City, claims to show how some of the country’s ethnic groups live, but it is touristy and contrived, with no soul or charm. 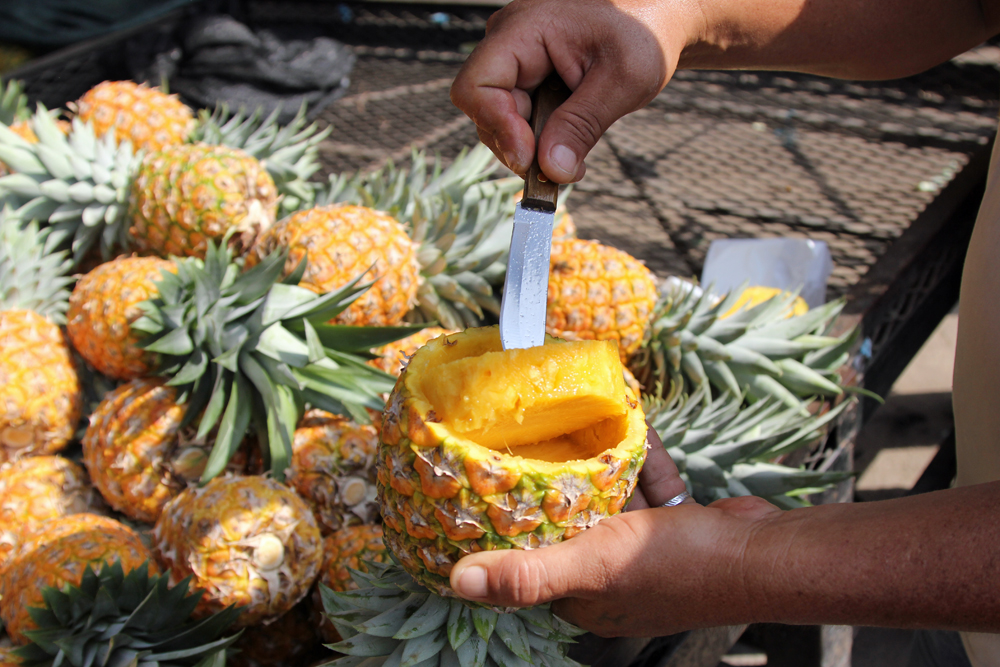 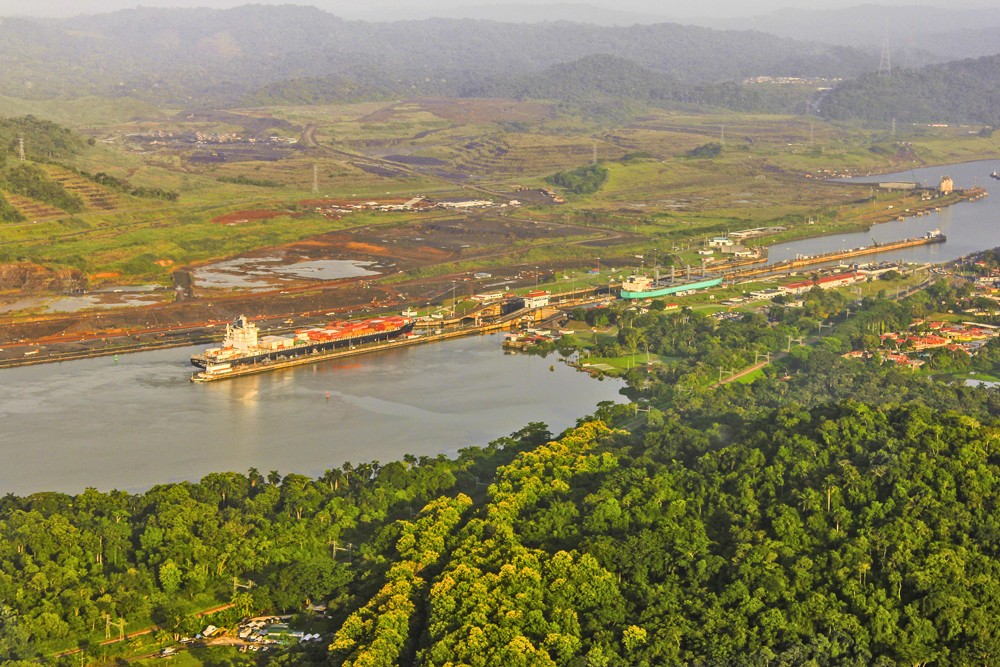 Bragging rights
Regular tours of the Panama Canal limit you to time on the water and at a few visitors’ centers. Eric’s V.I.P. tour gets you into the buildings that house the machinery that runs the locks and the engineers who manage them. You can speak to these experts and get a sense of how the Canal was developed to allow gigantic ships to traverse from one ocean to another.

Eric can also arrange for a behind-the-scenes tour of the impressive Biomuseo (a natural-history museum) with an architect who worked on the project alongside renowned architect Frank Gehry. 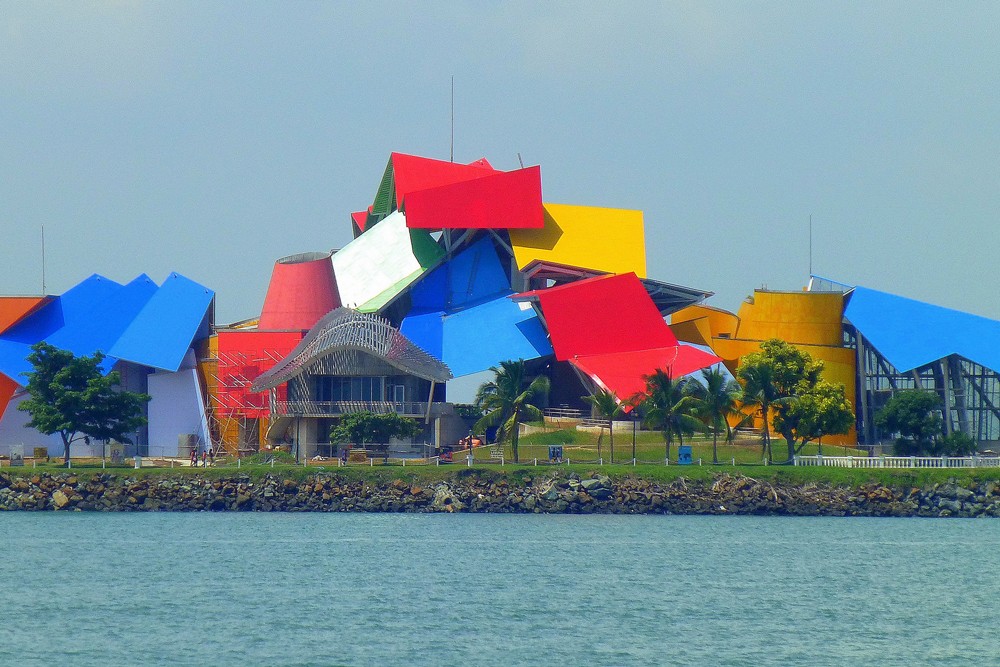 Hidden gem
Most of Panama’s best beaches are a plane ride away from Panama City, but the Pearl islands are accessible as a day trip via speedboat. Here you’ll find beautiful remote beaches, whales, and plenty of nature.

How to spend a lazy Sunday
Stroll along the bay on Panama City’s Malecón, where locals come to bike, run, or walk on Sunday afternoons. The government has invested heavily to beautify this area, and it shows. 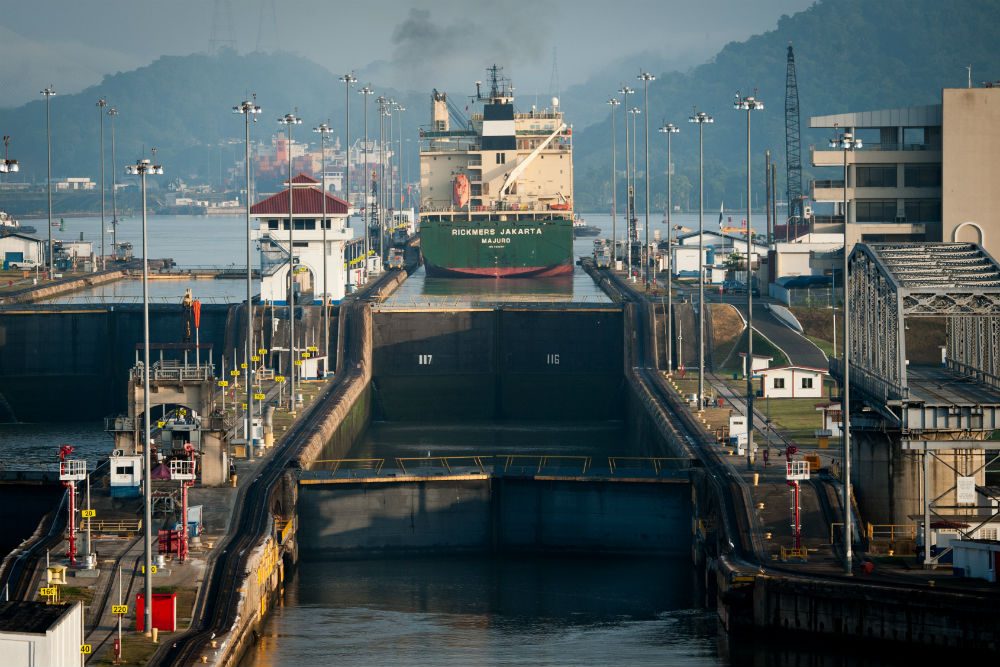 Take a V.I.P. tour of Panama’s Miraflores Locks to see the machinery that runs the locks and the engineers who manage them. Photo: Tim Baker

Best-value splurge hotels
Panama City has a glut of characterless business hotels; the American Trade Hotel is a break from the norm, a boutique property located in the colonial town near the charming Plaza Tomás Herrera and right next door to the best jazz bar in the city (Wynton Marsalis has played there). When Eric’s travelers book the most basic Cuarto Chico room, he can usually get them an upgrade to a Cuarto room, or even higher.

Smaller and more personalized than the American Trade Hotel, La Concordia is a good option for couples (though not on Friday and Saturday nights, when the scene at its hip rooftop lounge can get pretty noisy). Try to book one of the two corner suites, which have great views from their terraces. Eric’s travelers who stay here receive a local dessert or box of Panamanian chocolate.

Meals worth the splurge
Donde José is built right into the thick walls that were once part of a Spanish fortress in Panama City’s Casco Viejo (Old Town). With only five tables, you definitely need a reservation to dine amid the Panamanian senators who frequent the place. Chef José Carles combines local ingredients, age-old techniques, and innovative ideas to spotlight an otherwise neglected cuisine. The menu changes weekly, but order the lamb tacos if they’re available.

Maito is more family-friendly, but still serves a gourmet version of Panamanian cuisine. About ten minutes from the colonial part of the capital, the restaurant has a tropical chic ambiance and an organic garden. The ceviches and seafood stews are the highlight here.

Donde Jose’s chef has another eatery in Panama City’s colonial area called Fonda Lo Que Hay, meaning “whatever’s around”—there’s a different menu each day, though the signature dish is cocolon (toasted rice) with garlic clams. This place is a gem, but it’s only open for lunch from Wednesday to Sunday.

Caliope has a tropical boho-chic ambiance, with an eclectic international cuisine that utilizes local ingredients. It’s in the old quarter of town, just steps from both the American Trade and Concordia hotels. 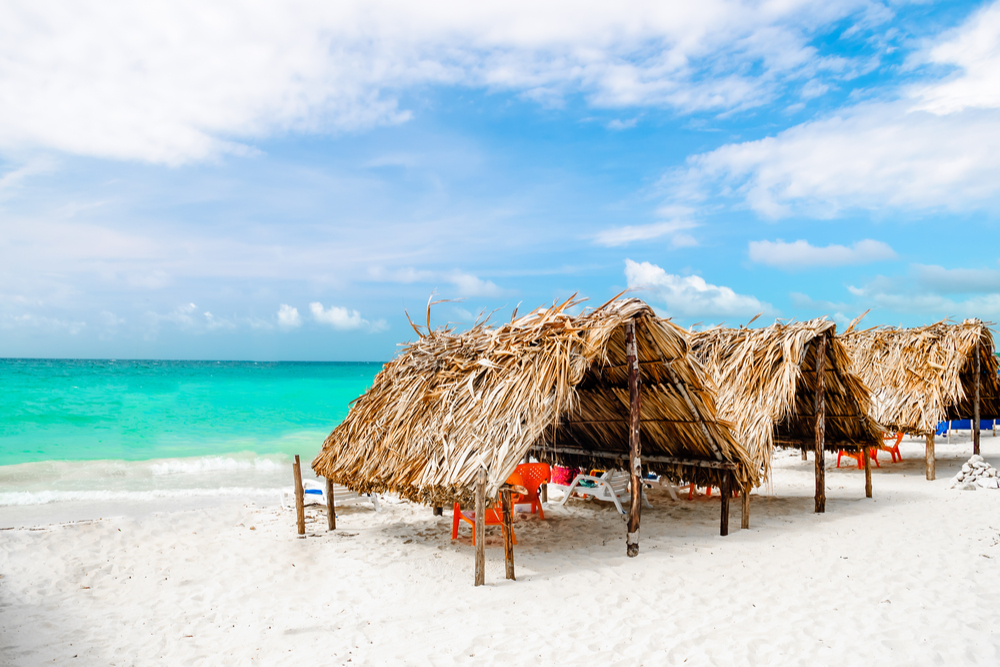 The dry season, from mid-December through March. January and February have the best weather, with less humidity and a cool breeze in the mornings and afternoons. The sun goes down a bit earlier, but the sunset is amazing.

During the “green season” from September until mid-November, it rains daily, sometimes even twice a day—though usually for no more than two hours.

Not realizing that Panama City has two airports on opposites sides of town; most international flights arrive at one (Tocumen), most domestic flights at the other (Albrook). If you’re transferring directly from an international flight to a domestic one, allow at least three hours between landing time and take-off to make your way across the city.

Be advised that if you’re arriving at Tocuman between 6 and 7:30am, it may take up to two hours to get to your hotel.

Walk up Ancon Hill early in the morning (before the locals arrive) for a 360-degree view of Panama City and the Canal; from here, you can clearly see how Balboa Avenue divides the capital into new and old sections.

The colorful molas made by the Kuna Indians are Central America’s biggest contribution to indigenous art. Many of the shops on Avenida A, near the American Trade Hotel, sell authentic versions of these textiles (check out Reprosa in particular for these and other native crafts); or you can buy straight from the source on the Paseo Esteban Huertas, where Kuna Indians set up tables under a canopy of flowers.

For good service, tip 10% to 15% in restaurants and $1 per bag for bellboys and skycaps.

It was the perfect family vacation…