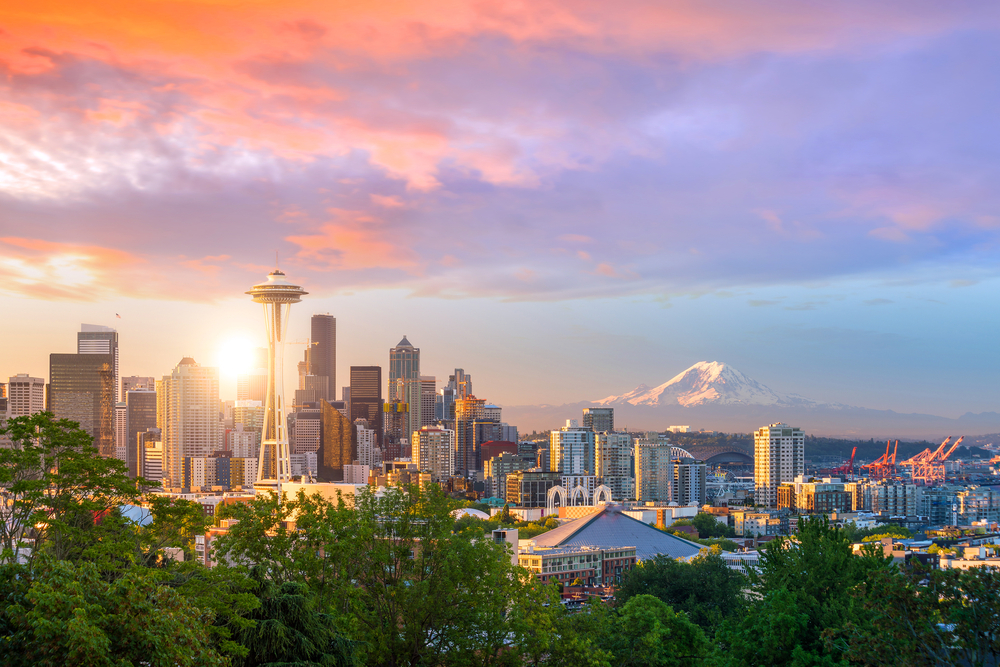 A former corporate attorney, Sheri Doyle brings her legal-eagle eye for detail to the itineraries she crafts. She plans urban and adventure trips all over the Pacific Northwest—in both the United States and Canada—as well as the northern California coast and parts of the Canadian Rockies. Her self-drive itineraries typically run to 20 pages, covering everything from detailed driving directions to activity suggestions and restaurant recommendations in each location. Geared to your interests and preferences, each itinerary is a personalized guidebook to save you hours of research time. As a resident of Seattle for nearly three decades, Sheri has traveled extensively within the region; she has repeatedly hiked the trails, kayaked the waters, slurped the oysters, and attended the jazz concerts at every place she recommends. She has slept at most of the hotels, too, and gets preferred rates at many of the top properties, which saves her clients a bundle—especially in the popular summer months. 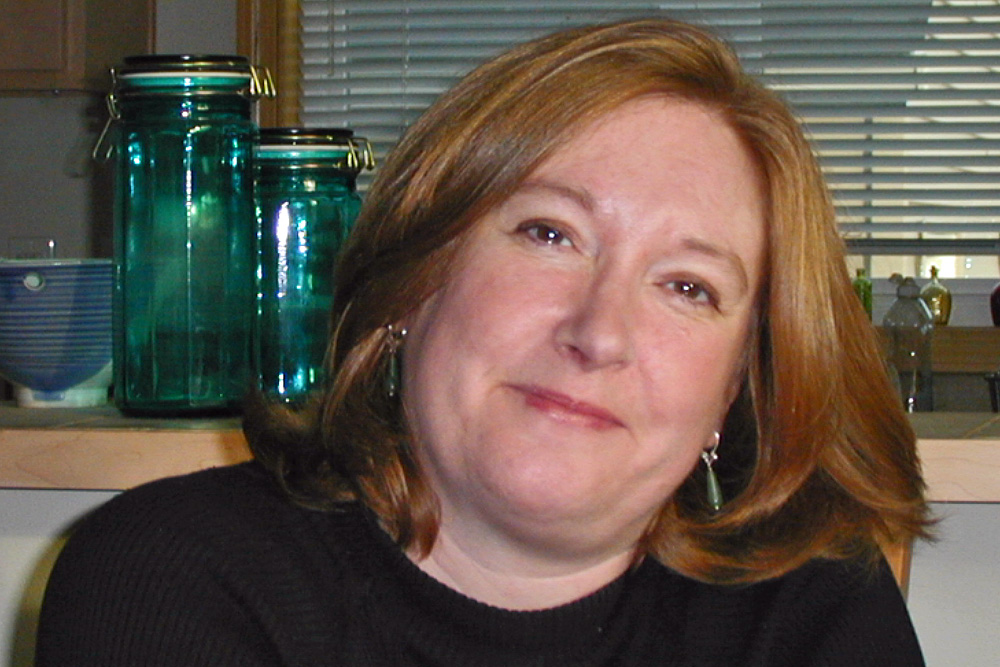 Travel arrangements start at $650 per day for two travelers. NOTE: Contact Sheri only for trips more than six weeks out and only for travel after August 10 (since reliable accommodations are virtually sold out before then).
Contact
Read Reviews

Best bang-for-your-buck hotels
The Four Seasons has spacious rooms, great service, and an excellent location one block south of the Pike Place Market. The heated pool is warm enough that you can swim outside in December, while you’re taking in the view of Elliott Bay and the Olympic Mountains. The partial bay-view rooms are a good compromise, costwise, between the city-view and the full deluxe bay-view rooms. Sheri’s preferred rates often provide savings of $100 per night or more in the summer months.

Restaurant the locals love
Ma’ono, in West Seattle, is a casual Hawaiian-inspired place from some of the city’s most talented chefs. The twice-fried chicken with rice and kimchee is just terrific (and limited, so ask for it when you make your reservation), and they have one of Seattle’s best burgers and more than 40 kinds of whiskey—not to mention a great weekend brunch (French toast with chicken nuggets is a favorite).

Meal worth the splurge
In Woodinville, about 45 minutes from Seattle, The Herbfarm offers a single-seating nine-course prix fixe each night. Arrive an hour early so that you can tour the 26,000-bottle wine cellar and gardens. Though the menu always focuses on the seasonal flavors of the Pacific Northwest, that’s kicked up a notch for the 100-Mile Dinner, usually offered in late August: Everything they serve—drinks, too—comes from within 100 miles of the restaurant. Try to book a month or two in advance, less if you’re flexible on which night you go. (Given the five or six wine pairings served, book a taxi, Uber, or a room at the Willows Lodge next door.) 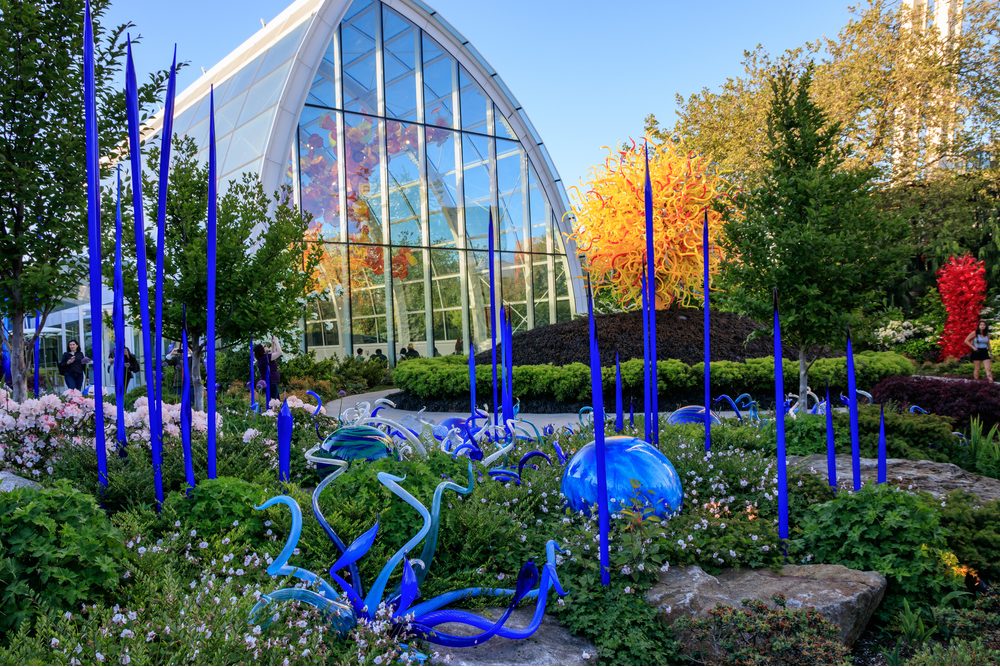 Don’t miss
Chihuly Garden and Glass at Seattle Center, which showcases glass artist Dale Chihuly’s many styles from over the years. The Glasshouse offers Instagram-worthy views of the Space Needle framed by a dramatic, 100-foot-long suspended sculpture in shades of red, orange, and yellow. The outdoor gardens are also gorgeous.

Don’t bother
Don’t waste your time or money on the Underground Tour, a walking tour of the city’s subterranean passageways (the streets and first-floor storefronts from before the fire of 1889). It offers a lot of interesting information about the city’s history, but the jokes are groan-worthy, and there’s the ick/claustrophobia factor of being underground.

Cheap thrill
The Seattle Art Museum has transformed a contaminated industrial site on downtown Seattle’s waterfront into a free, outdoor Olympic Sculpture Park with works by Richard Serra, Mark di Suvero, and Alexander Calder. Bring a picnic to the adjacent Myrtle Edwards Park to enjoy great views of the Olympic Mountains and Puget Sound alongside the art.

Downtime
Rent bikes on Alki (there’s a bike rental place at the West Seattle dock for the water taxi). You can follow a flat, paved bike path along the water’s edge to the lighthouse at Alki Point, with lovely views the entire way. After you return the bikes, stop for a meal at Marination Ma Kai, a brick-and-mortar version of one of the city’s most popular food trucks, serving Hawaiian specialties, shave ice, and cocktails. 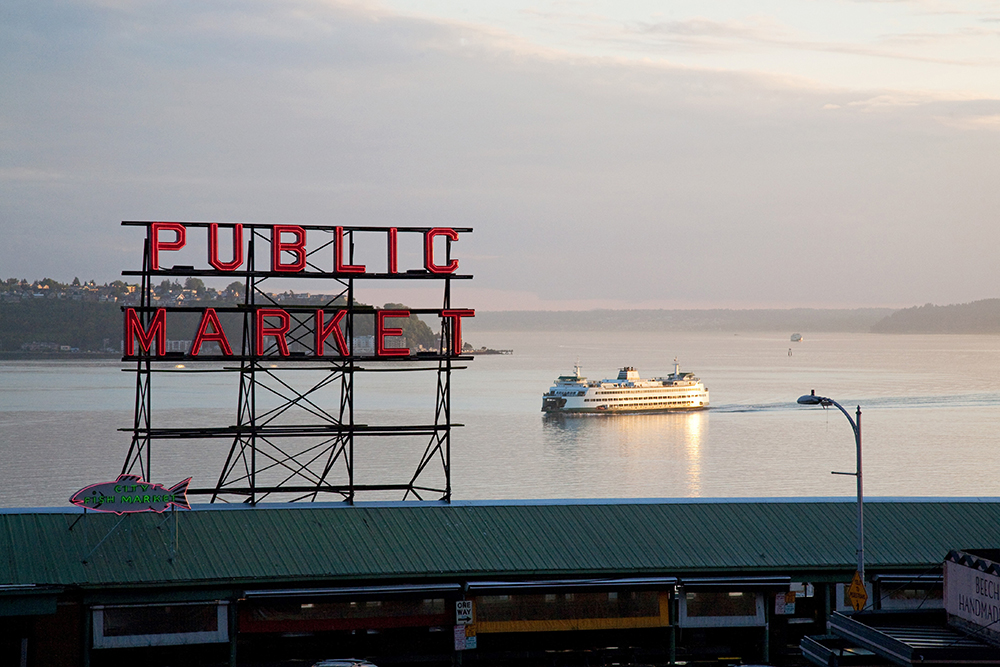 Instagram moment
The cliché snapshot is taken from Kerry Park, about halfway up Queen Anne Hill, looking toward the Space Needle and Mount Rainier—but you’ll have plenty of company there at sunset. Head instead to the West Seattle waterfront area, referred to locally as Alki, where you can get sunset shots of both downtown (looking east) and the water and mountains (looking west). Take the 15-minute water-taxi ride to West Seattle, then walk north along the water’s edge to get both views. 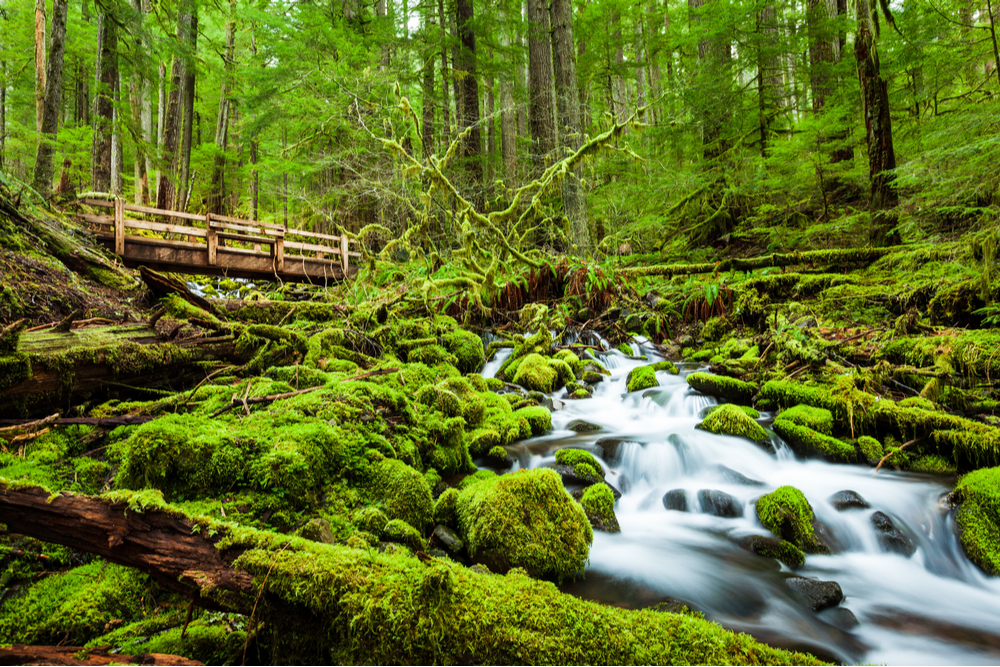 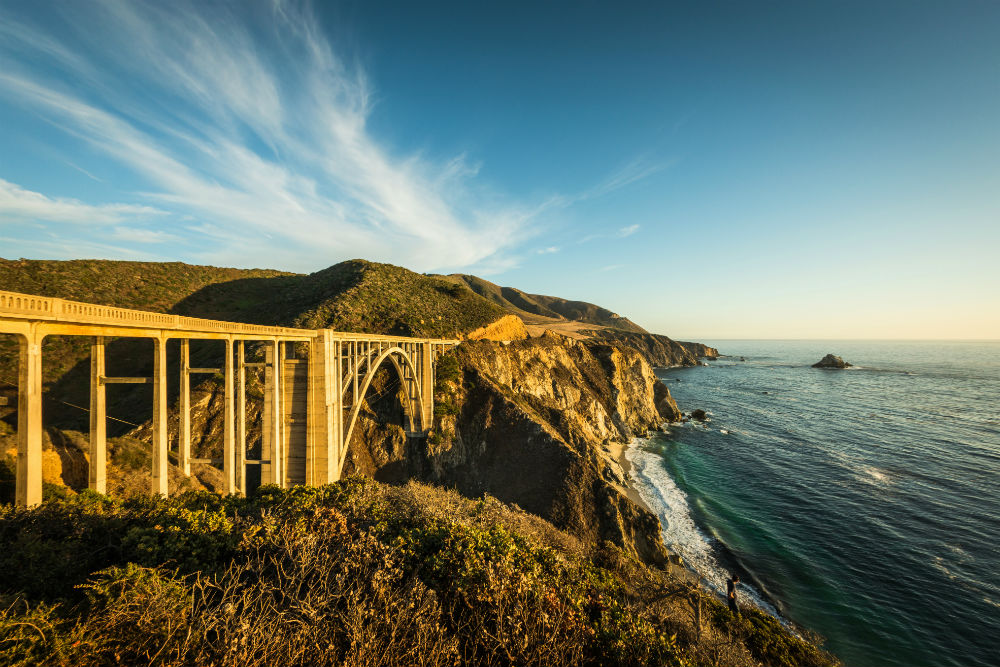 July and August offer the best weather but are also the busiest months. In September, the weather is still great—largely dry, and sunny more often than not, with highs around 70—but the crowds are fewer.

November. The days are short, and the average rainfall total is six inches—higher than in any other month of the year.

Not planning ahead for the busiest summer months. Many people are surprised to find out how expensive Seattle hotels are (rates start in the $300–$400 range in July and August) or that they can’t find a room. Seattle’s popularity as a summer destination and cruise port means that you really need to plan a few months ahead to find the best deals.

Waiting in line at the Space Needle, which can waste an hour or two of precious sightseeing time. You can now buy timed tickets on the website and arrive just before your “launch time” for the elevator ride up to the observation deck. Note for acrophobes: The newly renovated Needle now has a glass floor on its rotating observation deck, so be prepared!

You can go through any TSA checkpoint at Seatac (Seattle-Tacoma International Airport), not just the one assigned to the concourse where your plane is; every gate is a quick walk from any security checkpoint. Concourse B security often has the shortest line, and it brings you into the Pacific Marketplace area, which has huge floor-to-ceiling windows where you can watch the planes while getting a bite to eat. There’s also an outpost of Beecher’s Handmade Cheese in Concourse C for delicious mac and cheese. 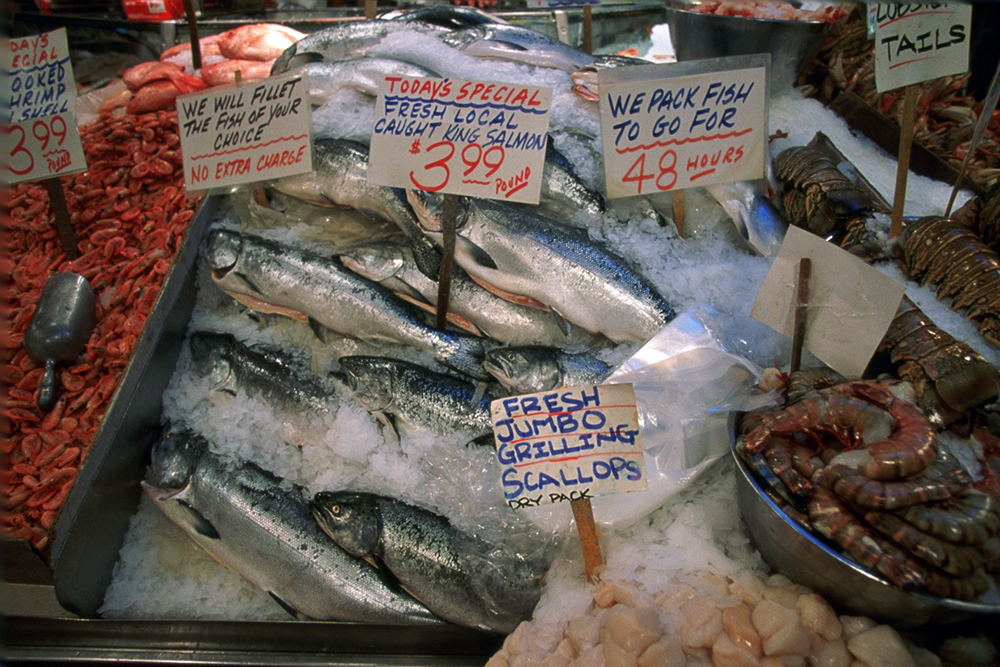 You’ll give yourself away the minute you refer to Pike’s Market or Pikes Peak Market (this isn’t Colorado!). Officially, it’s Pike Place Market; to locals, it’s just “the market.” The market can be overwhelming to visit on your own, so take a tour with Savor Seattle; their guides are great, you get to meet a number of the shop- and stall-keepers—and you get lots of samples. Go as early as you can, before the tourist hordes descend.

One of the most memorable...