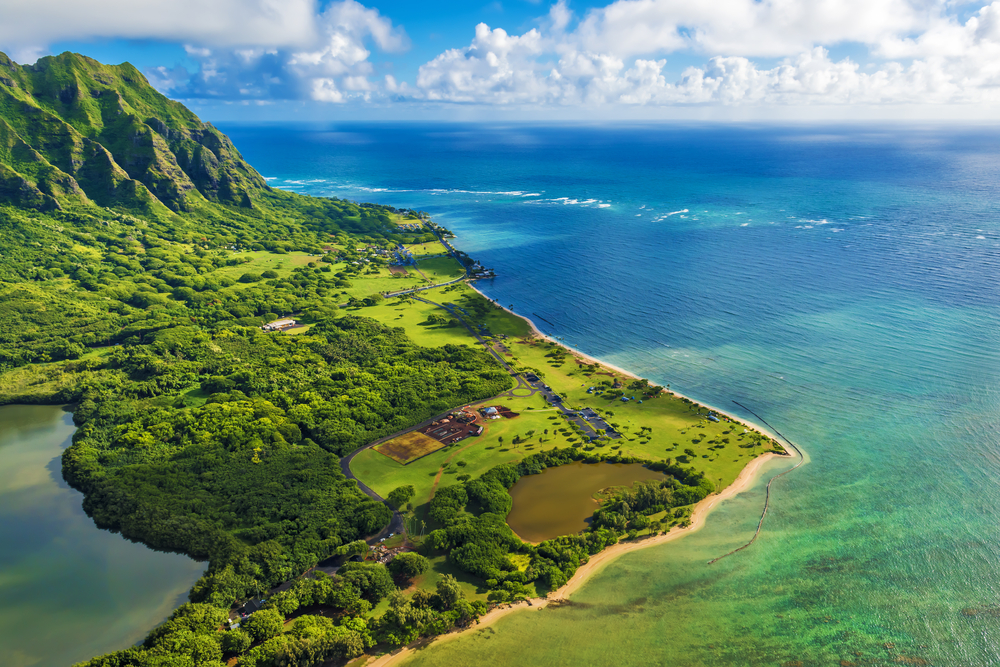 The insider advice on this page is from two of Wendy’s Trusted Travel Experts for Hawaii: Jay and Dani Johnson of Coastline Travel.

Jay and Dani spend six weeks a year in Hawaii, escorting groups of Silicon Valley execs as well as vacationing with their teenaged daughters. Their agency sends so many travelers to Hawaii that it has significant clout with the five-star resorts—which translates into perks for their travelers—but they also book rental homes when that’s the smarter choice for the group. They can arrange anything from multi-generational family reunions to pull-out-all-the-stops honeymoons, from kite-boarding lessons on Maui to private guided hikes on Kauai, the Big Island, and Oahu’s North Shore. Living in Los Angeles and with offices throughout California, they can also orchestrate out-of-the-box itineraries in their own backyard. They can arrange for Los Angeles Angels tickets right behind home plate, V.I.P. access to Disneyland, a cooking lesson with the head chef at Napa’s Michelin-starred Meadowood resort, glamping among the redwoods—or all of the above in one quick, efficient trip. 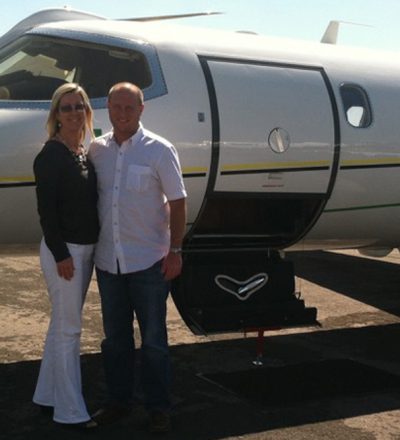 Trips have a 5-night minimum and start at $1,000 per day for two travelers in low season (triple that for summer 2022 and winter holidays 2022-23), with an additional $500 fee for trips planned less than 60 days ahead.
Contact
Read Reviews

Dani and Jay are helping travelers choose private rentals homes and condos, or bungalow-style accommodations at hotels that have lots of outdoor space; most opt to rent a car, which makes social distancing easy. They’re advising travelers to avoid Honolulu, but they can arrange a private tour of Pearl Harbor with a masked guide if requested. Dani visited Hawaii in December so that she could see firsthand how her favorite hotels, restaurants, and activity operators are handling the pandemic.

The Four Seasons Ko Olina sits on a beautiful white-sand beach on Oahu’s west side. Most of the rooms have floor-to-ceiling windows opening onto lanais with a water view. Dani and Jay’s travelers receive a resort credit, a room upgrade, and complimentary breakfast.

The Kahala Hotel & Resort is located in a residential area and not in the middle of Waikiki. The service level is five-star, and the staff are warm and friendly.

Turtle Bay Resort isn’t over-the-top luxury, but the price is right, and it’s on the North Shore (known for its fantastic surfing) and far from the mobs of people in Waikiki. You get an outer-island experience without the cost of additional airfare.

Chef Chai, one of Honolulu’s best chefs, serves an unusual combination of Thai food and Pacific Rim cooking in a sleek new restaurant just a few minutes from Waikiki.

Michel’s, at the foot of Diamond Head, has magnificent views—go just before sunset to see the last rays before dark and then all the twinkling lights of Waikiki.

Locals head to the Veranda at the Kahala Hotel for afternoon tea or, in the evening, for delicious cocktails, a light dinner, and great live music.

Nico’s Pier 38, right next to where the fish auctions are held every morning. The seafood couldn’t be fresher!

The Side Street Inn specializes in comfort food from China, Japan, Korea, and the Philippines, as well as local favorites such as oxtail soup and Kalua pig sliders. It’s a particularly good choice for families because everyone will find something on the menu they like. If you come late (around 11 p.m.), you’re bound to see some of the island’s best chefs, who like to come here after their own kitchens close. There are now two locations for Side Street Inn: one near the Kahala Hotel, and one near Ala Moana that looks a little like a place you shouldn’t be in—but what an atmosphere!

House Without a Key, inside the Halekulani resort, has live music every night and the best location in Waikiki—a beachside oasis in the heart of the city. Sip one of the signature mai tais while enjoy the tunes and a stunning view of the Pacific.

The mahi-mahi burger at Kua’Aina in Haleiwa. 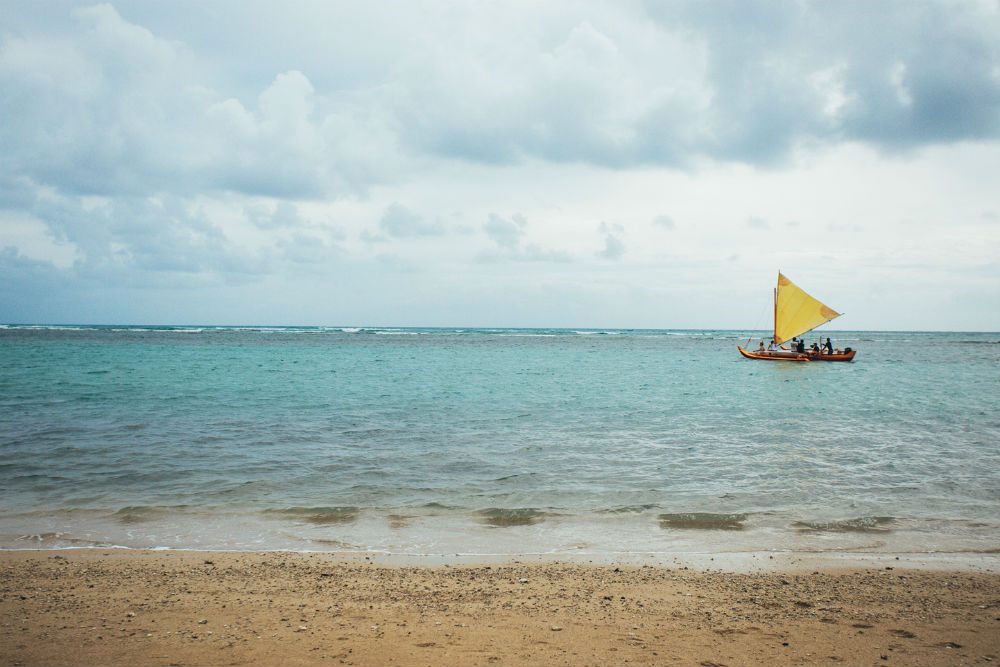 A day trip to the North Shore to watch surfers take on the Pipeline’s famous waves, and to eat at one of the many shrimp trucks; Giovanni’s is the original, but Big Wave is fantastic as well.

The three-and-a-half-hour snorkel trip with Wild Side Specialty Tours. The owner, a marine biologist, scouts out the best place to swim with dolphins in the wild.

Iolani Palace is the home built by the last Hawaiian king in the late 19th century. Few people realize how advanced the islands were under the Hawaiian monarchy; as a matter of fact, Iolani had electricity a few years before the White House did. In addition to the regular tour, you’ll want to spring for the extra ticket ($7) to see all the treasures, including the crown jewels, on display in the basement rooms.

No one goes to Oahu without visiting the U.S.S. Arizona and the U.S.S. Missouri at Pearl Harbor. The National Park Service releases 1,300 free tickets each day, but you’ll need to get there by 6:45 a.m. most days to claim one. (If you want to avoid the line, you’ll need to pay a significant surcharge to book through a private tour operator.) There’s also a special tour of the U.S.S. Missouri where you actually see where the crew slept and ate, and how they lived. Many combine Pearl Harbor with a visit to the Punchbowl, an ancient volcanic crater that is now a military cemetery.

If you have kids with you, visit the compound’s Pacific Aviation Museum, which has, among its many fascinating exhibits, a combat flight simulator that lets you pretend to be a World War II pilot.

Many of the luaus really do not provide the kind of experience that visitors most want. The best on Oahu is at the Polynesian Culture Center, but the food is average.

Sunset cruises. Watching the sunset from Waikiki down near Kapiolani Park is less expensive and just as magnificent.

Waikiki Beach. It’s so packed with people there’s no room to move, and the crowds can truly ruin a beautiful day at the beach. Try Waiminalo Beach on the windward side instead of the crowded beaches in Waikiki and Kailua. It’s a great beach for body surfing—especially during the week when there’s no one there—and it’s tree-lined, so nice and shady.

Ever wonder how Hawaii became the most ethnically diverse state in the country? Hawaii’s Plantation Village, on the west end of the island, offers a fascinating look at the island’s plantation era, starting in the early 19th century when immigrants from China, the Philippines, Korea, Japan, Puerto Rico, and elsewhere all came to Hawaii to work the sugarcane fields. The museum tour, which is about 90 minutes long, takes you through a replica of one of those early plantation camps and explains how the various nationalities lived and worked side-by-side while preserving many of the traditions they left behind.

Shangri La, the Doris Duke estate in the Diamond Head neighborhood of Black Point. Duke, who was one of the richest women in the world, filled her Hawaiian home with a collection of art from Iran, Iraq, and neighboring countries. To visit the house-museum, you have to go on one of the guided tours that leave from the Honolulu Museum of Art. It is a half-day excursion, but if you are into the arts, it’s well worth the time.

Natsunoya Tea House in Oahu has been there for many generations and is a place for tea, lunch, and/or to learn about the history of the Japanese on Oahu.

A day at Kualoa Ranch, where Jurassic Park was filmed. You can tour the property by open-air school bus, ATV, or horseback. There’s also a petting zoo, fish ponds, plenty of places to hike and to picnic, and a secluded beach with a volleyball net, kayaks, canoes, and standup paddle boards. You’ll feel like you’re on Fantasy Island. 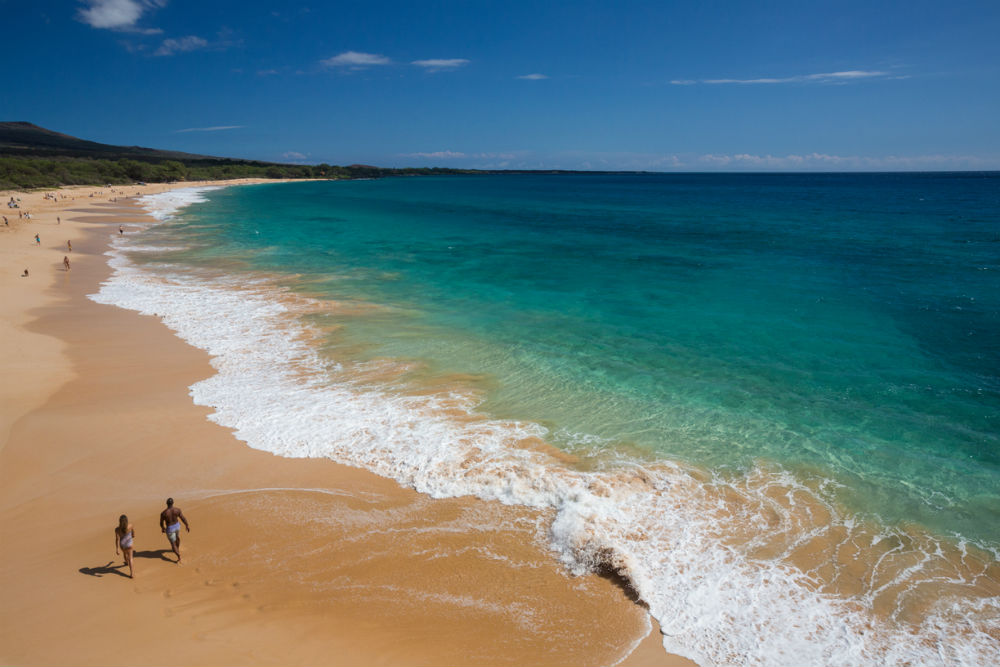 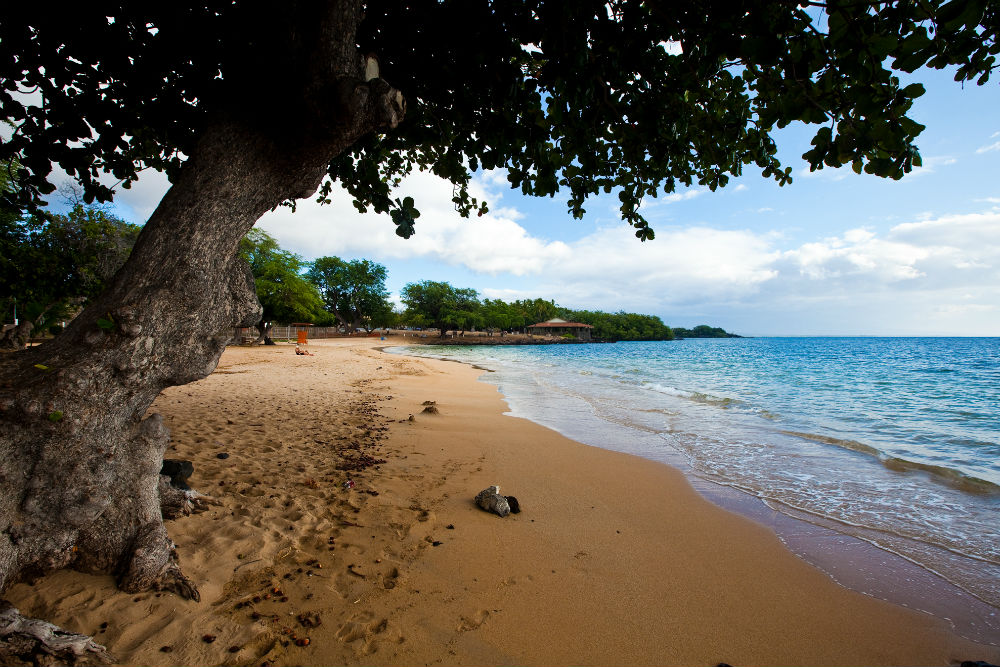 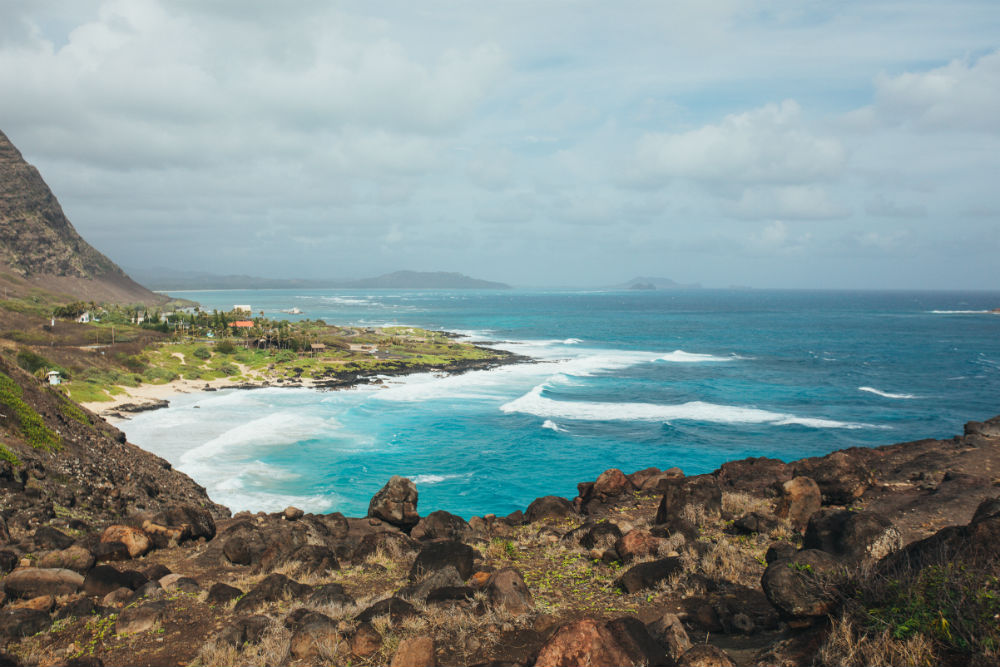 Oahu does not have extremes in weather. Its temperatures are fairly constant, usually between 78 and 82 degrees, and showers don’t usually last long. May (except for the Japanese holiday Golden Week, during the first few days of May) and September are ideal, because the airfare is less expensive and the crowds are down.

November through March is the best time to see whales, especially on the west side of the island.

The Christmas holidays and July and August, when the island is packed with families and lots of children.

Assuming that the overpriced, mostly chain restaurants concentrated around Waikiki represent all the dining choices on Oahu. Outside of Waikiki, you’ll find everything from traditional Hawaiian restaurants, to great inexpensive sushi bars, to family-run places that serve up delicious home-style cooking from all over Asia.

The view from Diamond Head as the sun rises is magnificent—sometimes you can even see Maui.

The view from the top of the Pali Highway, which overlooks the sheer Pali cliffs and the lush and gorgeous backside of the island. If you’re lucky, you’ll get one of the parasailers in your shot.

There are many farmer’s markets on Oahu. Kapiolani Community College has one on Saturdays, and there are great foods, local wares, and many things to take back home.

You can find reasonably priced jewelry from local artists at the Moana Surfrider Hotel.

Bus 52 circles the island—you can get on and off wherever you want—and the cost is no more than $3.

If you go to Chinatown on a Saturday afternoon, you’ll have a totally different cultural experience than you might expect to find in Hawaii: the small storefronts teeming with shoppers, ducks and chickens hanging in the windows, fresh vegetables and herbs that are not usually seen on the mainland, and packs of friends doing more socializing than shopping.

On the first Friday night of every month, the neighborhood turns into a giant block party, with lively bars, street entertainment, and local artists displaying their wares on the sidewalks. For dinner, try  Little Village Noodle House, an authentic Chinese restaurant.

The value that we received...