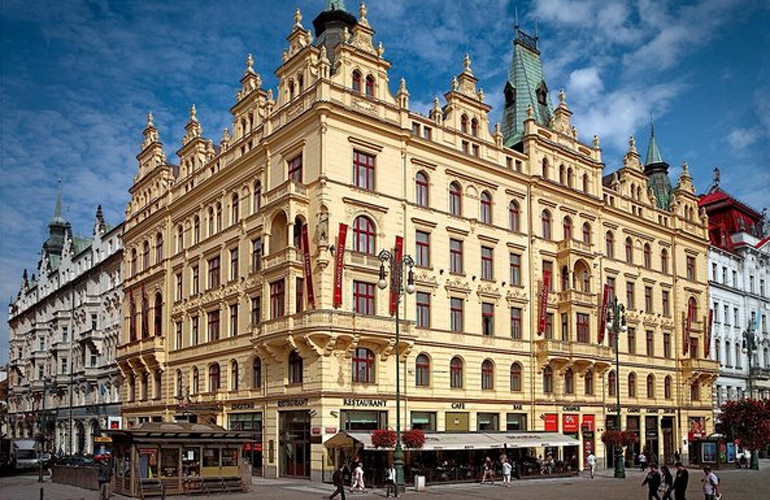 I read your post on How to Get Five-Star Service Without Paying Five-Star Prices and Secrets to a Better Hotel Stay.  I’m traveling to Prague, in the Czech Republic, August 10 to 15.  Where’s the best place to stay location-wise?  We booked the Art Deco Imperial but can cancel.

Paul, since you’ve read Secrets to a Better Hotel Stay, you know that one key to getting five-star service without paying five-star prices is to book through a destination specialist who has negotiated a special deal with the hotel that involves both a lower rate and value-added benefits. One such destination specialist is Prague expert Gwen Kozlowski of Exeter International, a firm that specializes in travel to Eastern Europe. “For me, location is everything,” says Gwen, “especially in a city like Prague where taxis can be unscrupulous.” Here are Gwen’s suggestions and the specials she’s offering in August (Paul, you might compare these with what you’ve been offered at the Art Deco Imperial):

Pachtuv Palace: “The four-star Mamaison Suite Hotel Pachtuv Palace wins for location. It’s in the Old Town, right at the Charles Bridge, and it oozes ambiance, as it’s located in a series of restored Baroque buildings. Some rooms come with Castle views.  Pachtuv Palace offers 15% off their standard rates when guests stay a minimum of two nights or 20% off when they stay a minimum of three nights.  This means a three-night stay in a Deluxe Room with Castle View in August could be as little as $670 including tax (not including breakfast).”

Kings Court:  “This also has a great location. It has more standardized rooms, which means it’s easier to get twins and connecting rooms.  They also have an Executive Lounge (snacks, drinks and private check-in) and a nice pool – a rarity in Prague. It’s a good option for families. Basically, anyone staying three nights or longer receives 15% off our already great rates.  This means that a three-night stay in August in an Executive Room (club access) can be as little as $800, including tax and breakfast as well as Executive Club benefits.”

Kempinski Hybernska: “This is my top recommendation for those who want a five-star experience that is more boutique and less expensive than the Mandarin Oriental or the Four Seasons. It’s in a beautiful old Baroque building in the Old Town, and most rooms are oversized or suites. We have two promotions running in August: One is a fourth night free in a Grand Deluxe Room or higher.  The other is a guaranteed one-category upgrade at the time of booking. And the two promotions are combinable!  This means you can book a Grand Deluxe Room, get the fourth night free and get upgraded to a Junior Suite.  A four-night booking during August with this promotion would be $1,500 total, including tax and breakfast.”

Mandarin Oriental Prague: “This is the top pick for the Mala Strana area–a neighborhood of twisting and winding streets that makes you feel like you’re in some kind of fairytale, away from most of the backpackers that fill Old Town.  A Mandarin Oriental hotel may seem like a weird choice for a city like Prague, but it’s located in a renovated monastery, and the spa is to die for.  Rooms are spacious and, while they do have a serene Asian aesthetic, there are splashes of color and artwork to tie the hotel into the city atmosphere.  Starting June 1, the Mandarin is offering a fourth night free, even for their least expensive rooms.  This means that a four-night stay in August in a Superior Room would be $1,700, including tax and breakfast.”

Four Seasons Prague: “The crème-de-la-crème of hotels in Prague is offering a third night free in its Renaissance Rooms, which have an historic feel and have all just been renovated in the past couple of years. This means that a three-night stay here can be had for $1,825, including tax and breakfast.”

All rates quoted above are based on two adults sharing a room, and Exeter International travelers receive VIP treatment, which can mean anything from additional upgrades to welcome amenities in the rooms and more. Gwen is also throwing in, just for wendyperrin.com travelers, complimentary private car transportation from the airport to your hotel—”so you can arrive in Prague without having to navigate the unscrupulous taxi situation.”  Thanks, Gwen!

Photos From Wendy’s Family Trip to the Silk Road