Where to Eat and Drink in Edinburgh 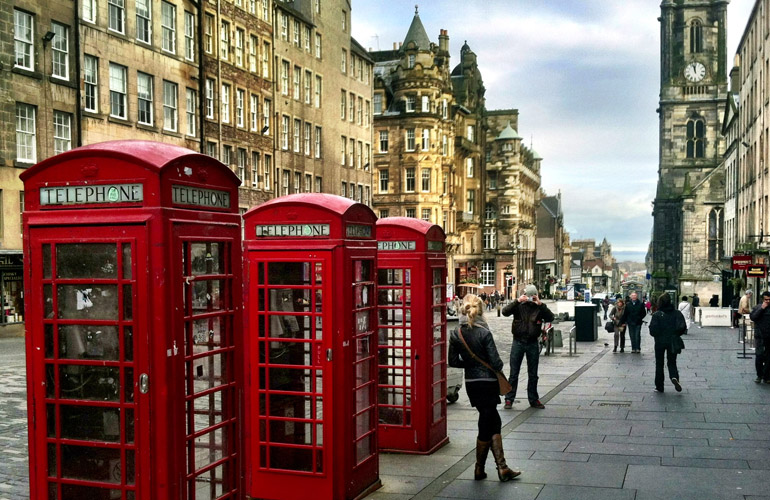 I’m leaving for Scotland in a couple of weeks. Any recommendations for great restaurants and bars (for the over-30 crowd, please!) in Edinburgh? Thanks!

Faby, you’re in luck because Edinburgh has gone through a culinary boom lately.  It’s now got five Michelin-starred restaurants—which is pretty impressive for a city of only 500,000 people. On top of that, 2014 is Scotland’s Year of Homecoming, so you’ll find several food and drink festivals on tap.

To get an answer for you from someone who knows Edinburgh well, I reached out to Jonathan Epstein of Celebrated Experiences.  As a first-rate travel planner for Scotland, he’s there frequently, road-testing  not only the restaurants and pubs but also the hotels, car services, expert guides, etc. The secret to Edinburgh’s culinary success, he says, is the combination of innovative Scottish chefs and fresh local ingredients, from farm-to-table vegetables and fruit to excellent seafood, lamb, and Angus beef.  Many restaurants are so in-demand that it can be very  tough to get a table, but that’s where Jonathan wields his local connections on his travelers’ behalf, not only getting them reservations but getting them VIP’d.  “Food tastes better when people are being extra nice to you,” he points out.

Here are the spots he recommends:

The Kitchin:  “Tom Kitchin is an amazing chef, and dinner there is not only delicious but educational. They hand out maps of Scotland to guests to show exactly where the food is sourced from. And, when we call ahead on behalf of travelers, Tom comes out and walks them through the menu, teaching about foraging and his local producers.”

Restaurant Martin Wishart: “He was the first Michelin-starred chef in Edinburgh.  His restaurant opened in 1999 and received a star in 2001. He also has a contemporary brasserie called The Honours that our travelers love!”

Paul Kitching 21212: “A very fun and innovative restaurant by Chef Paul Kitching. Don’t come here if you need lots of options.  Do come here if you want a meal made to perfection with incredibly fresh ingredients.  The menu changes daily, and the name of the restaurant is based on the number of choices you have for each course.  You get a choice of two starters, two mains, and two desserts.  The midcourses…no choice!  Lunch is very accessible, at just $37 per person right now.”

The Pompadour:  “Two years ago, after a grand refurbishment, The Caledonian was rebranded as a Waldorf Astoria hotel.  The fantastic Galvin brothers, behind so much dining success in London, opened a brilliant restaurant there called Pompadour.”

Scotch Malt Whisky Society: “It’s a private club, but we can arrange entry into it. We also arrange special whisky tastings and even dinner with whisky pairings.”

Wedgewood: “It serves great Scottish cuisine, and you are never rushed because tables are not turned: You’ll be the only one enjoying that table the night you are there.”

The Indian Cavalry Club: “It’s the Best Indian food in Edinburgh, and remember, eating Indian is a must when in Britain.”

Fishers in the City: “Great buzz and atmosphere.  Popular with locals, and open late!”

Angels with Bagpipes: “For less formal nights out, this has been a favorite of ours for quite some time. It’s under new management, and we still hear great reviews from travelers.”

Cucina: “Should you get a craving for Italian food, this restaurant at G&V Royal Mile Hotel is the one to choose.”

The Devil’s Advocate: “Located in an old Victorian pump house in Old Town.”

The Abbotsford: “Another beauty. We love the traditional Scottish ales, the curved bar, and the Victorian ceiling.”

The Black Cat: “A very atmospheric bar specializing in whisky.”

Faby, if you can’t get to every one of these, you can always live vicariously by following Jonathan’s Instagram page.