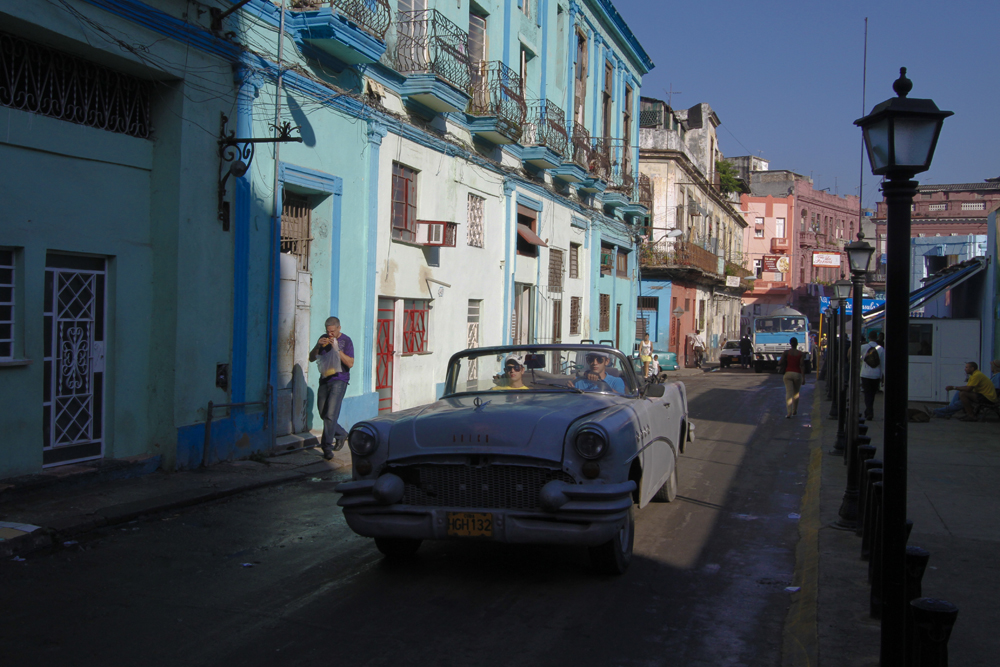 When the White House announced last month that the U.S. was charting a new course on Cuba and easing certain travel restrictions, TripAdvisor’s U.S. site traffic to Cuba spiked nearly 300%, and more than half (55%) of respondents to a TripAdvisor site poll said they were interested in traveling to Cuba in 2015. And I thought to myself: Damn. I’ve waited too long.

As you know, my New Year’s Travel Resolution each year is to hightail it to whichever country is about to change forever. In 2015 that’s Cuba. Once the U.S. lifts the embargo and American hotel companies, cruise lines, and other travel businesses are able to start upgrading the country’s infrastructure for U.S. travelers, Cuba will inevitably start to look and feel less and less like Cuba and more and more like, well, America. U.S. travel brands are eager to pounce on Cuba because it’s got all the ingredients of a Caribbean playground—unspoiled white-sand beaches, sparkling blue sea, fabulous water sports—but with a robust culture, a flourishing arts scene, and renowned music and food to boot. On top of that, it’s got the allure of a place that’s been forbidden (to U.S. citizens, though not to Europeans, Canadians, or anybody else) for decades, yet it’s only 90 miles from Florida, so in future it could be just a quick nonstop flight from the U.S. Cuba’s hotels and restaurants have, until now, been forced to import their food, furniture, and all other supplies from Europe and elsewhere, but now they can start bringing in all that stuff from the U.S. Once hotel bedding and bath amenities change, once U.S. hotel and restaurant chains start to pop up, once cruise lines start to develop ports—and long before they start disgorging 20,000 cruise passengers a day into Havana—the experience of traveling in Cuba will change forever.

I have a number of well-traveled U.S. friends who’ve been to Cuba. Some have gone the authorized way—on an educational mission or group tour—and some have traveled on their own, the unlicensed way, flying there via Mexico or Canada and paying for their hotel and almost everything else in advance through a non-U.S.-based Cuba travel agency. For years I’ve heard their tales of strolling along the Malecon in Old Havana, being serenaded by street musicians who ask for only a few euros in exchange for hours of fabulous music, tooling around in vintage 1950s cars, biking across the country from beach to beach, and, as my intrepid-traveling friend Mary Munn Laronge recalls, “sitting on the porch of the wonderfully crumbling Hotel Nacional, sipping the world’s best mojitos—because Cuba is where they were invented—made by the same bartender who’s been making them the same way, with the same sugar cane and the same Havana Club rum, for the past 50 years.”

So when the news about Cuba broke, I spoke to assorted friends who’ve been there and came away with the following advice that I’m passing on to you:

* If you want to experience authentic—and relatively uncrowded—Cuba, go this year.
Once U.S. companies rush in to upgrade the tourism infrastructure and build the sorts of travel products that masses of Americans want and expect, Cuba will grow less…Cuban. With every year that goes by, the experience will grow more diluted and more geared to U.S. tourists, not to mention more crowded with them. So, if your goal is to see a place where time has stood still, get on the horn and book your trip now. Use a Cuba travel specialist (see below).

* If you want American five-star creature comforts, wait.
Right now Cuban hotels meet a certain European standard of comfort, but that is not the U.S. or international luxury standard. Sure, there are luxe beach resorts such as the Royalton Cayo Santa Maria, named the #1 all-inclusive resort in the world in the 2014 TripAdvisor Travelers’ Choice Awards, but that’s on a small island, north of mainland Cuba, that’s a planned resort development where employees are bussed in; you won’t find authentic Cuban culture there. If what you want is a true luxury hotel in the heart of old Cuba—one with round-the-clock ice-cold drinks, industrial-strength air conditioning, high-functioning Wi-Fi, and all those other niceties that Brits, Germans, and Spanish aren’t so picky about but that many Americans demand—wait till Cuba’s breaking-in period is over and the kinks in the infrastructure have been worked out.

Which Cuba travel specialist to use?  If you write to me here and provide as much detail as possible about the type of Cuba trip you’re envisioning, I can recommend the right travel planner for you, based on your trip goals, timing, and budget.

How to Tip in Europe. And How Not to.

Coronavirus: How to Keep Track of What’s Important